Covered in leathery hide, a striking horn protruding from its skull, the rhino is a majestic animal. Its appearance makes it seem like a relic from the dinosaur era. But, seeing the rate of its population decline, it might not last very long… unless we do something.

In the summer of 2019, I visited Africa for the second time. Although I had seen varied wild animals on both trips, I was eager to see a rhino up close. I did see a few, but they were far away and I had to use binoculars. During my last few days in South Africa, I read three books – The Elephant Whisperer, The Last Rhinos, and An Elephant In My Kitchen. I realised the terrible tragedies that rhinos faced and wanted to do something.

So, I emailed several organisations such as WWF, rhino.org and savetherhino.org. They told me the best thing I could do was raise awareness and funds for conservation. After many failed attempts, my mother’s friends suggested a simpler plan – combining my passion for art and conservation to make a change.

And that is exactly what I did. I began sketching pictures of animals and selling them!

Illegal poaching of rhino horns is the main reason for their decline. Pound for pound, rhino horn is more expensive than gold. Though it has no proven health benefits, it is used in some southeast Asian traditional medicines.

The solution isn’t only to go after the poachers. This complex problem needs a two-pronged approach. One, we need to raise awareness in southeast Asia that rhino horns do not have any medicinal properties. However, changing these deep set beliefs takes time. So, while we work on awareness, we also need to protect rhinos and other endangered animals by supporting conservation efforts in the many public and private game parks and conservancies in Africa and Asia. 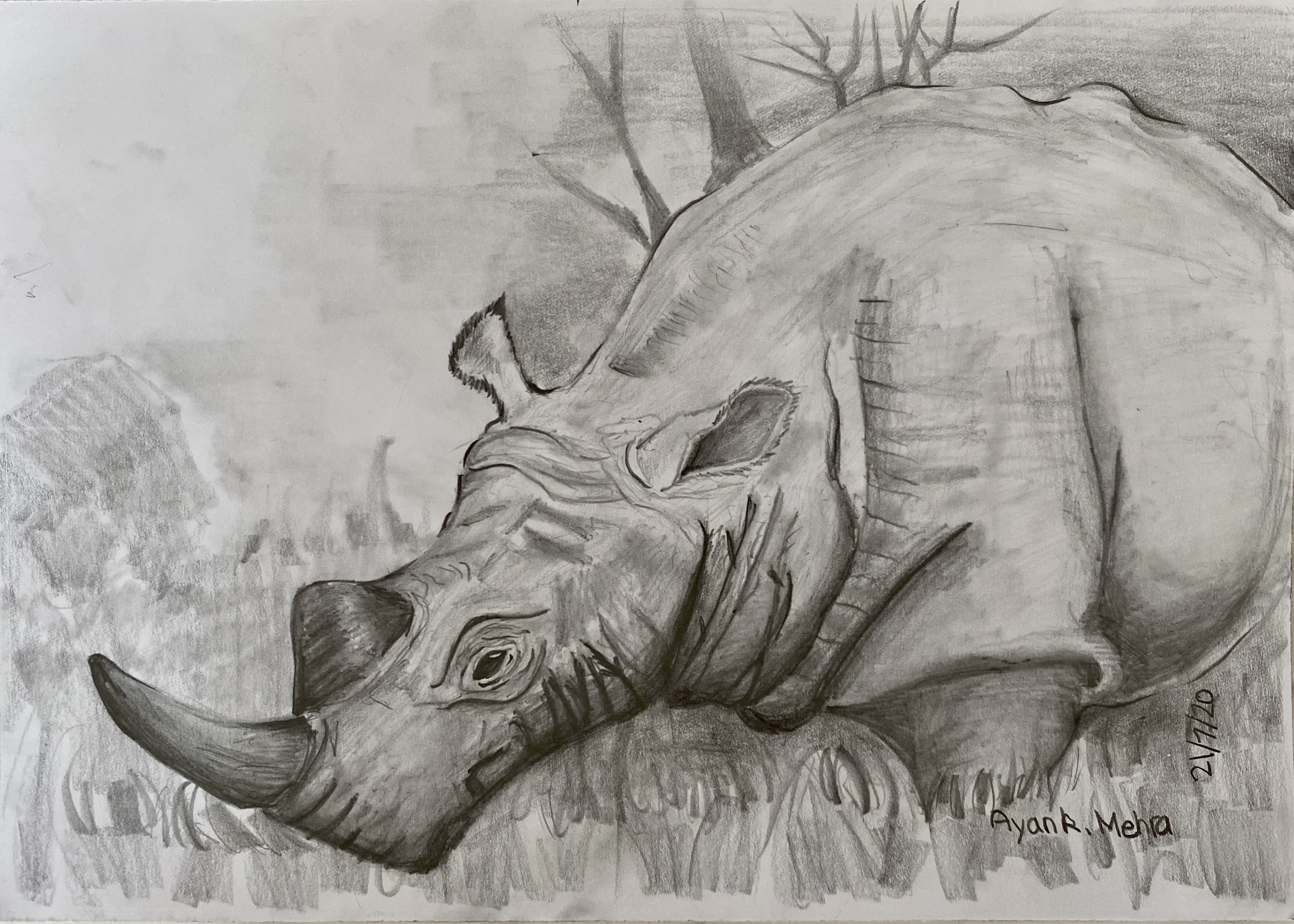 Rhino in the bush.

To this end, I work with a private game reserve in South Africa called Thula Thula. Located in the Kwazulu-Natal area, it is home to a diversity of African wildlife including elephants, rhinos, leopards, cape buffalos and now, even a cheetah. It was founded by the late Lawrence Anthony (1950 - 2012), often referred to as the Indiana Jones of conservation. Anthony adopted a herd of rogue elephants that were about to be put down. He rehabilitated them into the Thula Thula wilderness, and now this herd is perhaps one of the most famous in the world. Thula Thula also has five rhinos, and an orphanage for rhino calves and other wild babies, whose mothers have been victims of poaching.

I help Thula Thula by raising awareness and funds through art. The money raised from the sale of my wildlife sketches pays for the adoption of rhinos, elephants and most recently, Savannah the cheetah, who is part of a bigger programme by Ashia Cheetah, Endangered Wildlife Trust and Thula Thula, to extend the range and genetic diversity of this vulnerable big cat species. 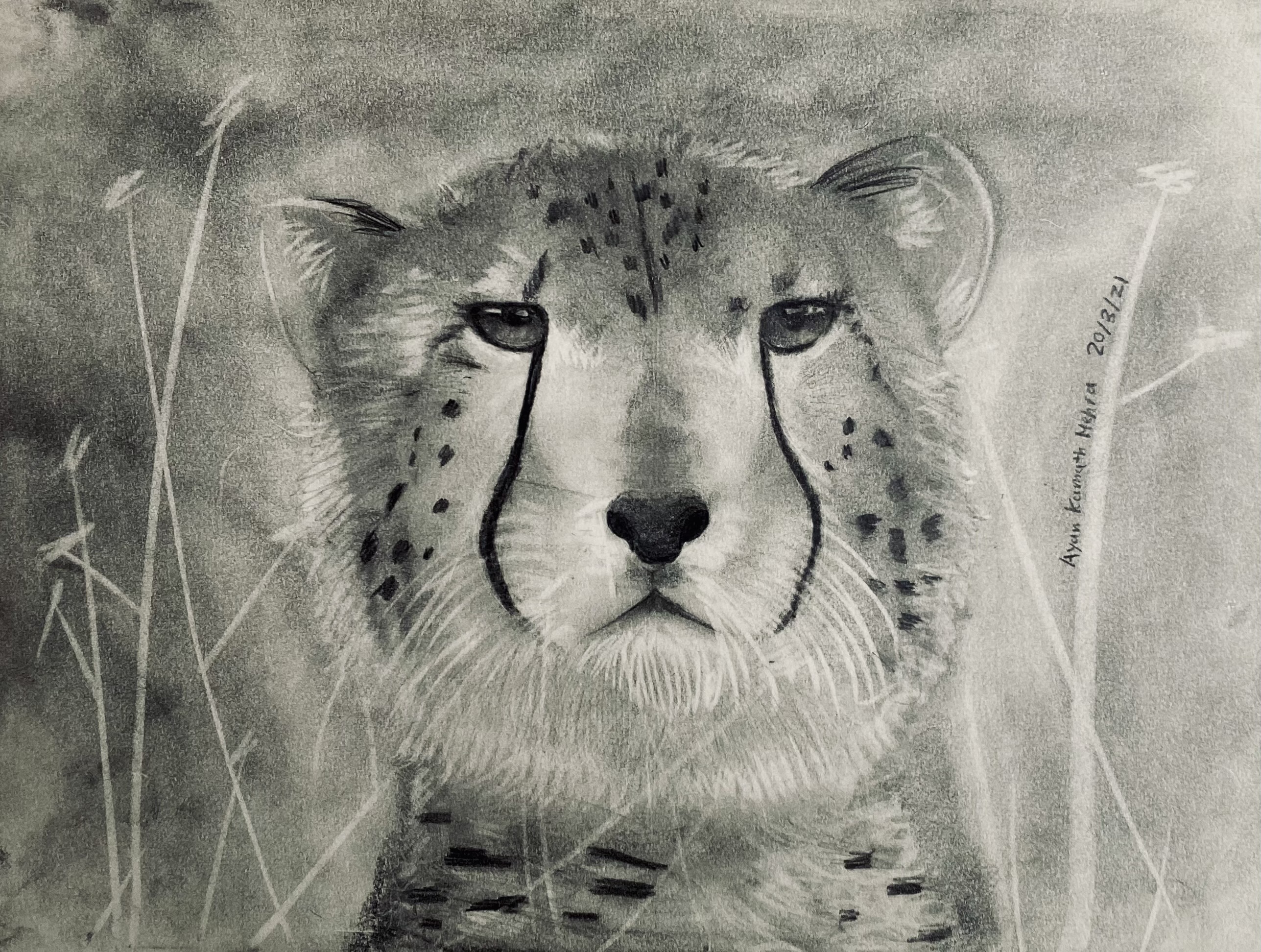 Two years ago, I was an 11-year-old kid who wanted to save one rhino. Now, I have been amazed by the generous support for wildlife from all over the world. This project has adopted five rhinos, six elephants and a cheetah at Thula Thula. @ayansartforconservation has also adopted an endangered koala in the Northern Rivers territory in Australia. This generosity has helped conservation continue through one of the darkest periods of COVID-19. Yet, we have miles to go, as many more animals need help.

I hope my story inspires more people to get involved. I have grown by getting involved in cause outside my own world of school, friends and video games. I learned how to channel my outrage on poaching into a productive solution, how to pitch ideas to complete strangers and get them on board with conservation. Often, I hit roadblocks, when people or organisations do not respond and while that can be really disappointing, eventually I find another opening that helps me move this project forward.

I think the best thing about this project was that I connected with a diverse group of people from around the world; bonded only by their love for animals. 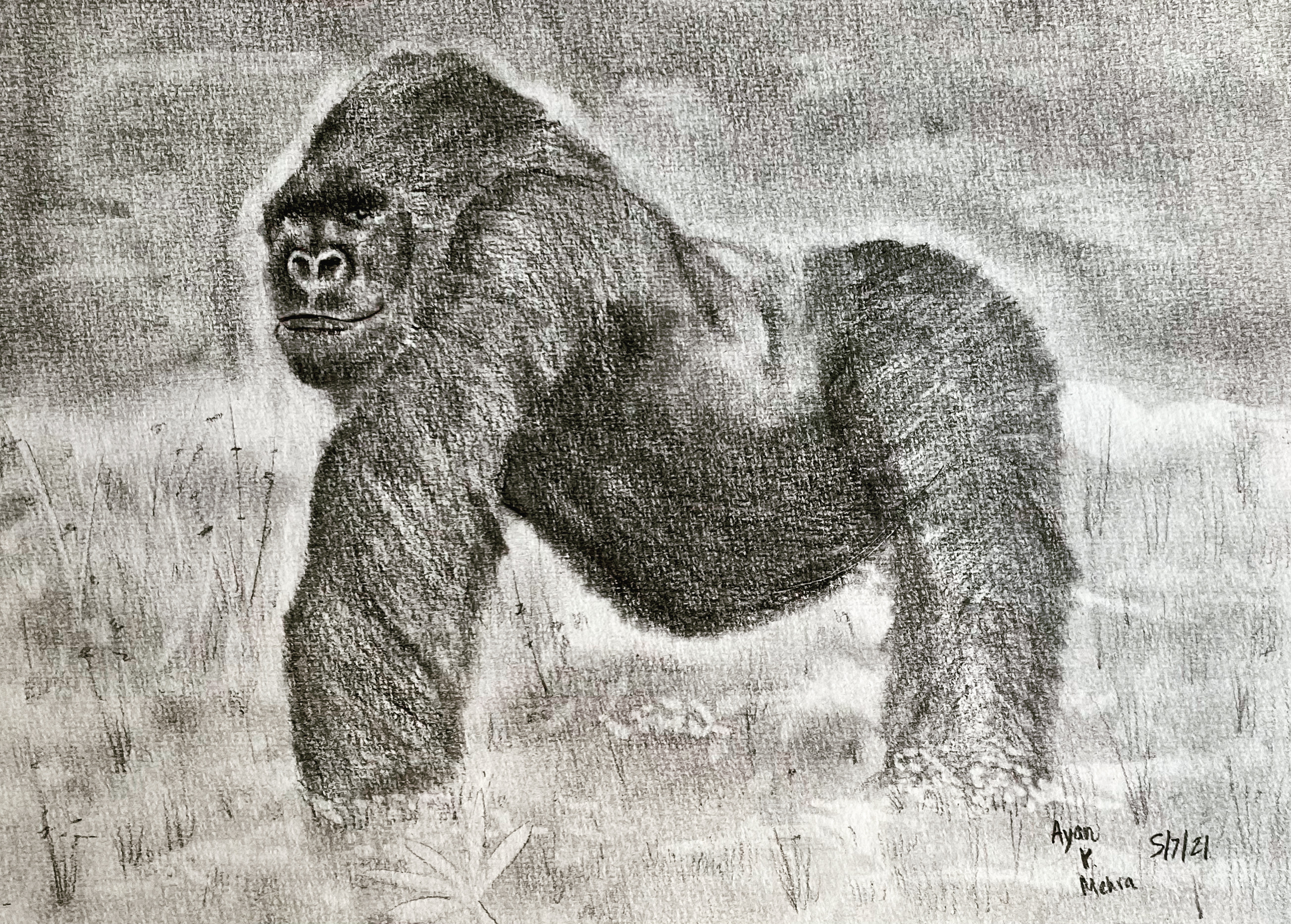 ~ If you believe in a cause, find a way in which you can help – through art, writing, photography and more.
~ Get out of your comfort zone and interact with people in the wildlife conservation field.
~ Believe that as children, our voice matters for the conservation of wildlife and species.

Ayan Kamath Mehra, 13, is a student at the Singapore American School, Singapore. He uses his art and blogs to raise awareness and funds for endangered animals. He was recently appointed as the first Youth Ambassador for the Born Free Foundation outside the U.K.