Beyond a Dihing Patkai National Park

The decision to upgrade Dihing Patkai Wildlife Sanctuary (DPWLS) to a National Park is being perceived as the outcome of online protests following the recommendation by the National Board for Wildlife for the extension of coal mining in the nearby Saleki Proposed Reserved Forest (PRF) in April. The welcome decision will presumably enhance protection for the existing areas under DPWLS without any significant impact on mining and other activities in the surrounding landscape. The Forest and Environment Minister of Assam has clarified that the upgradation proposal has been under consideration for some time, and the decision was unrelated to the recent protests. It is certain that the formulation of the sixth National Park in Assam will have little or no impact on coal mining in the area, legal or otherwise, while the impact on conservation outcomes is a matter of speculation.

Interestingly, during the furore over the Saleki coal mining issue, the government and even some civil society groups had repeatedly declared that the sanctity and integrity of the Dihing Patkai Wildlife Sanctuary was intact. The decision to upgrade the wildlife sanctuary, barely a few weeks later, therefore elicits more questions than answers. Have there been fresh threats that have spurred the declaration of DPWLS as a National Park? Or is it a ploy to divert attention from protests against coal mining in biodiversity-rich forest areas, and the call for the expansion of the Protected Area? The long-term damage to the biodiversity of the region by the spate of recent decisions to prioritize extractive industries over primary forests cannot be undone by this declaration.

It is a fact that the designation of a national park does not address existing threats. The ground situation is often quite different from what is put down on paper in terms of enhanced protection. In Assam, the Kaziranga, Manas, Dibru Saikhowa and Orang National Parks have all been ravaged by poaching, deforestation, and encroachments at different stages of their existence. In the case of Dibru Saikhowa, oil mining permissions have been granted within the national park area this year. In short, these national parks are not sacrosanct either.

The movement for the protection of these rainforests started as early as the mid-1990s, with some campaigners demanding the creation of a National Park. The sustained campaign for creation of the ‘Joidihing’ Wildlife Sanctuary led by Nature’s Beckon was for the inclusion of 500 sq. km. of contiguous rainforests. These efforts bore fruit in 2004 with the notification of a truncated wildlife sanctuary and a name change from Joidihing to Dihing Patkai, with only 111.19 sq. km. included in the notified Dihing Patkai Wildlife Sanctuary.

Earlier, in the year 2003, the government had notified the Dihing Patkai Elephant Reserve (DPER) with territorial jurisdiction over 937 sq. km. spread across the then contiguous districts of Sibsagar, Dibrugarh and Tinsukia. DPWLS and Saleki PRF are both within the DPER, along with forest areas classified under Eastern Himalaya and the Indo-Burma global biodiversity hotspots. There are no provisions for protection or deterrence measures for the extended DPER boundaries, which also encompass urban centers, villages, agricultural lands, designated mining areas and tea gardens. There is an urgent need to clarify the status of all Elephant Reserves across the country. 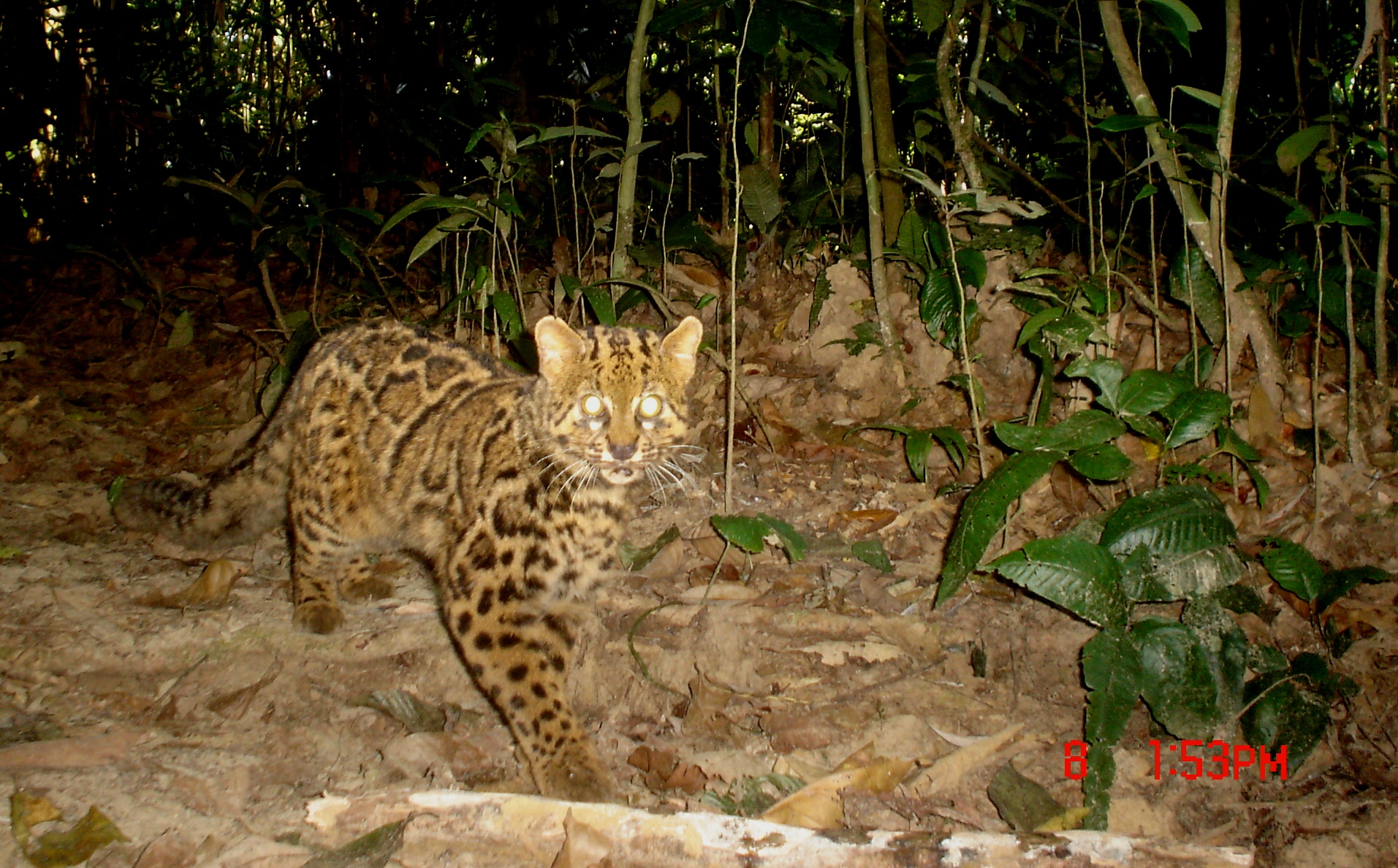 The marbled cat is a stealthy predator, and has proportionally larger canines than other wild cats! This near-threatened species is quite arboreal and eats birds, bats, squirrels and more. Discover more of Dihing Patkai's rich biodiversity.

Rainforests make up only two per cent of the earth's surface, and yet they are home to half of all known terrestrial species of biodiversity. Dihing Patkai Wildlife Sanctuary harbors more than 50 species of mammals, over 300 species of birds, including the critically endangered state bird of Assam, the White-winged Wood Duck, and at least 300 species of butterflies. Two important elephant corridors connect the Digboi and Doomdooma Forest Divisions with the Dihing Patkai landscape. Over 90 tree species including the Hollong, the state tree of Assam and over 107 orchid species including the state flower, the fox-tail orchid, are found in these forests. This is a repository of biodiversity unlike any other on the planet and efforts need to be made to restore to its original state, with ensured protection for posterity.

India is a signatory to the Convention on Biological Diversity, and the draft agreement, published in January 2020 and likely to be adopted in October 2020, calls for the protection of at least 30 per cent of land and sea areas to stop catastrophic loss of biodiversity by 2030. This commitment will require the creation and regeneration of Protected Areas, prioritizing areas of abundant biodiversity. At a time when the COVID-19 pandemic has forced us to rethink humanity's collective attitude towards our fellow inhabitants on earth, every decision by the government will be under scrutiny due to increased public concerns.

The declaration of the Dihing Patkai National Park, whenever it happens, should be a stepping stone, not the end of our collective conservation efforts. The consolidation of these efforts to include all the areas as originally envisaged under the 500 sq. km. proposal will ensure protection of the unique flora and fauna for eternity. The Assam government has the mandate to create a lasting environmental legacy by bringing the rest of the contiguous forest areas under the protective umbrella. Such a bold decision to conserve the ‘Amazon of the East’ will be a ‘real gift’ to the people of the region and ensure the health and wellbeing of future generations.

Rituraj Phukan is an environmental writer with personal experience of climate change impacts on the polar regions. He believes in making a personal commitment to solving the biggest environmental crisis to humanity, and can be reached at rrajphukan@gmail.com.