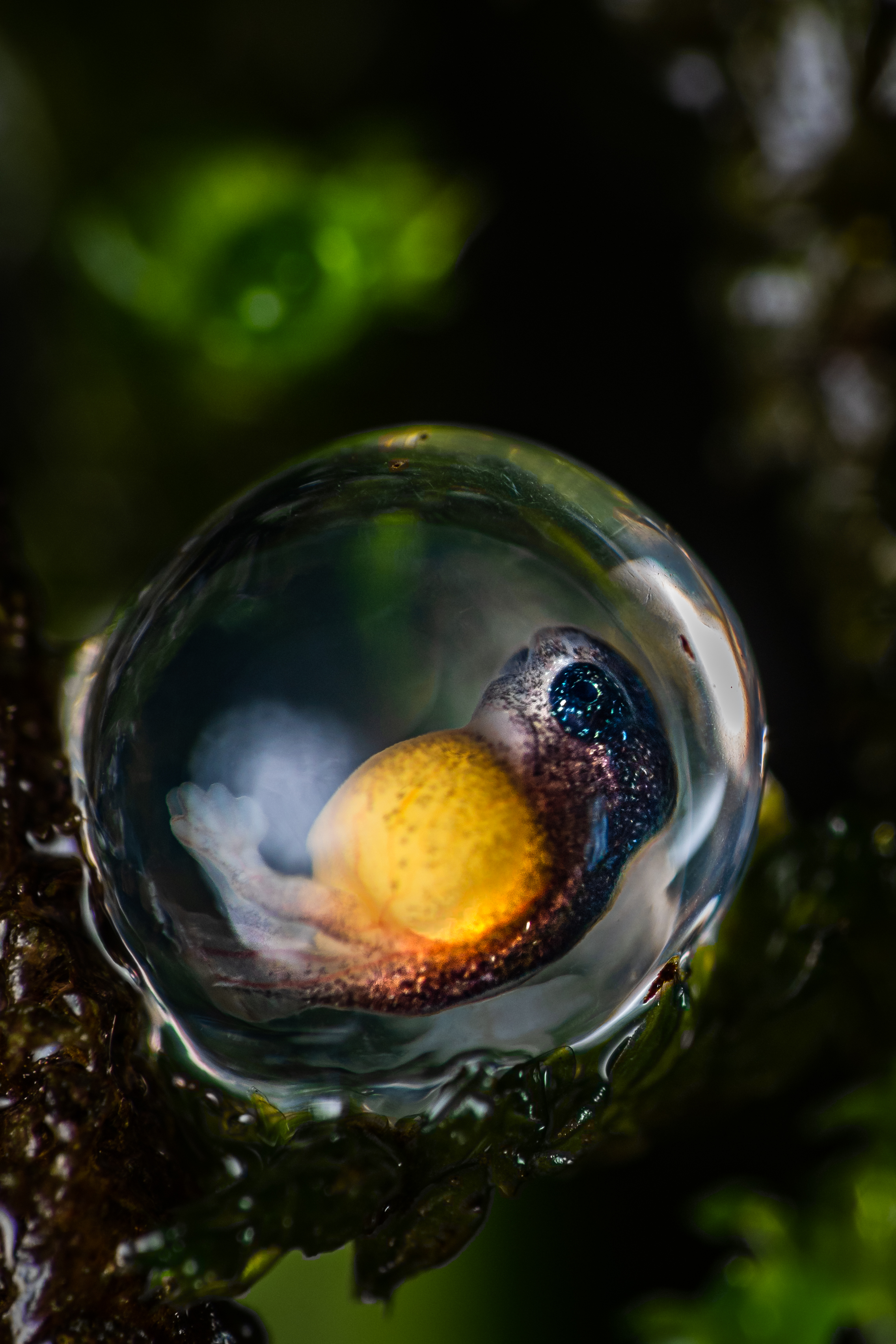 I am certain that I am not alone when I think to myself, “Have we really, truly, permanently changed the planet? And are we scientifically past the point of no return?” This is not an unexplored question; in fact, this simple but grave question has ignited a fresh debate amongst geologists and conservationists about what to designate the historical period in which we live as.

According to the International Union of Geological Sciences (IUGS), the official institution in charge of defining Earth’s time scale, we are currently in the Holocene. Hólos is Greek for ‘whole’ while Cene comes from the Greek word kainos, meaning ‘new’. The idea is that this epoch is “completely new”. The Holocene began almost 12,000 years ago, after the last significant ice age. This is the period in which the Earth, after undergoing some majorly turbulent internal and external events, finally hit the sweet spot (with some exceptions) of climate stability that made it possible for humanity to settle, begin farming, and build civilisations. The debate is between the many geologists who believe that we are still in the Holocene and other scientists who believe that the Holocene ended between the 1800s (Industrial Revolution) and the 1950s (The Great Acceleration). A new, unofficial epoch, the Anthropocene, began in the 1950s and according to this compelling, evidence-based belief, we are currently living in this epoch. Anthropo is Greek for ‘man’ and Cene for ‘new,’ the word was coined and made popular by biologist Eugene Stoermer and chemist Paul Crutzen in 2000, the age where man has had an unprecedented impact on the planet.

The Anthropocene; noun
[singular]
the current age, viewed as the period during which human activity has had the greatest influence on climate and the environment.
Source: Oxford Learner’s Dictionary

While geologists, stratigraphers and climate scientists argue and debate about whether this is a turning point in geological history, we don’t need an official ruling to awaken us to the reality that human activity is altering and destabilising Earth. Every day, this is what we see, hear, read about and experience:

Our planet is extraordinarily resilient. It continues to absorb anything we hurl at it and still make it all work. However, it has its limits and is now held in a precarious (im)balance. Climate change is the greatest illustration of this. The ocean is a real-world example, since it absorbs carbon dioxide from the atmosphere indefinitely, therefore cooling the globe. However, even a tenth of a degree rise in global ocean temperatures may induce a mass coral bleaching event, which can cause sickness, distress, and mass mortality among the many species that rely on coral reefs and each other, eventually impacting life on land.

Have we reached points of no return?

In 2009, a group of 28 scientists and academics from around the world led by Johan Rockström, former director of the Stockholm Resilience Centre and an internationally recognised scientist for his work on global sustainability issues, formulated the Planetary Boundaries framework. The framework has identified the processes and mechanisms on Earth that control the planet’s balance, and has quantified the boundaries we must stay within, not just for the stability of our planet, but for the future of humanity. In a report published 12 years ago, the creators of the Planetary Boundaries concept characterised its purpose as providing “a safe operating space for mankind.” The nine planetary boundaries based on vital planetary systems were defined, out of which eight have been quantified. Here are the inconvenient facts and where we stand:

The state of the Earth is controlled by three principal physical circulation systems. They have clearly defined tipping points. 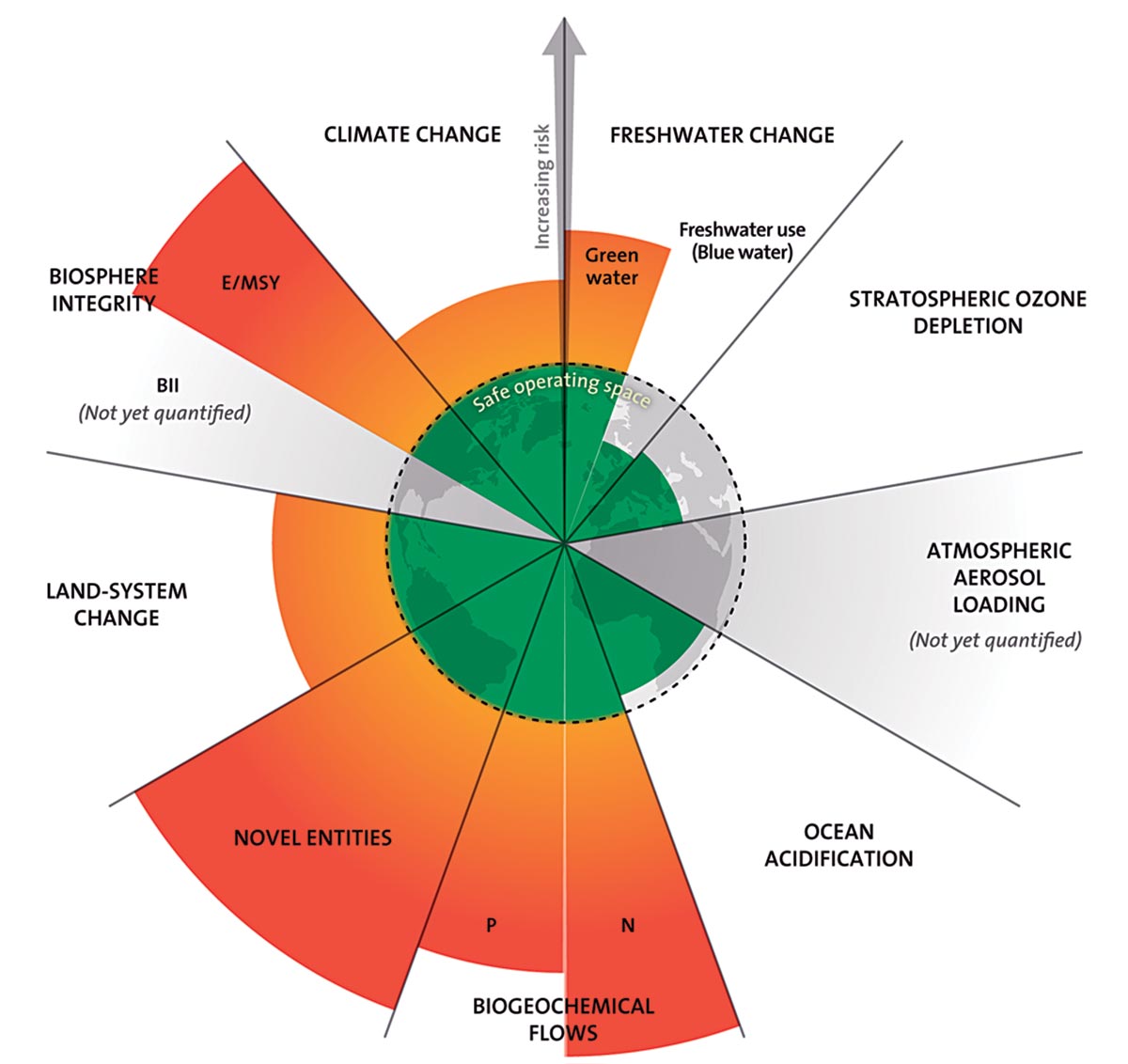 The Planetary Boundaries framework has identified the processes and mechanisms on Earth that control the planet’s balance, and has quantified the boundaries we must stay within, not just for the stability of our planet, but for the future of humanity. Photo: Designed by Azote for Stockholm Resilience Centre, based on analysis in Wang-Erlandsson et al., 2022, Persson et al 2022 and Steffen et al 2015.

The climate system ties everything together. Our food, water and life support systems depend on a stable climate. Over the last 10,000 years, the Earth’s average temperature has barely varied by 10C. The global consensus is on keeping the increase in the average world temperature to no more than 20C over pre-industrial levels. We are on track for warming beyond 20C, and projections show an increase between 1.10C to 1.80C from 2022 to 2026 above pre-industrial levels, with significant repercussions all across the globe because of the present lack of transitioning away from fossil fuels. As of July 11, 2022, we have a CO2 concentration of 419.08 ppm., which is over the safe limit of 350 ppm. We are living in the danger zone already.

The ozone layer protects all life by absorbing UV rays from the sun. Human activity once breached the ozone layer, but policy moves and global collaboration helped us restore it to a stable operating space. Measured in Dobson Units (DU), which relate to thickness in millimetres, this planetary boundary is set at 275 DU.

Covering 70 per cent of the planet, the ocean regulates global temperatures, and the water cycle, supporting millions of lives, livelihoods and diets from the diversity of life it holds within itself. This boundary is based on ocean acidification. The chemistry of the ocean has changed, with the acidity increasing by 26 per cent since pre-industrial times and it shows. We are witnessing the effects of seemingly endless pollution, and rapidly rising greenhouse gas emissions, mass coral bleaching events, imbalances in the food chain, algal blooms, and abnormal population explosions. We’re nearing the threshold. Crossing it would be cataclysmic. 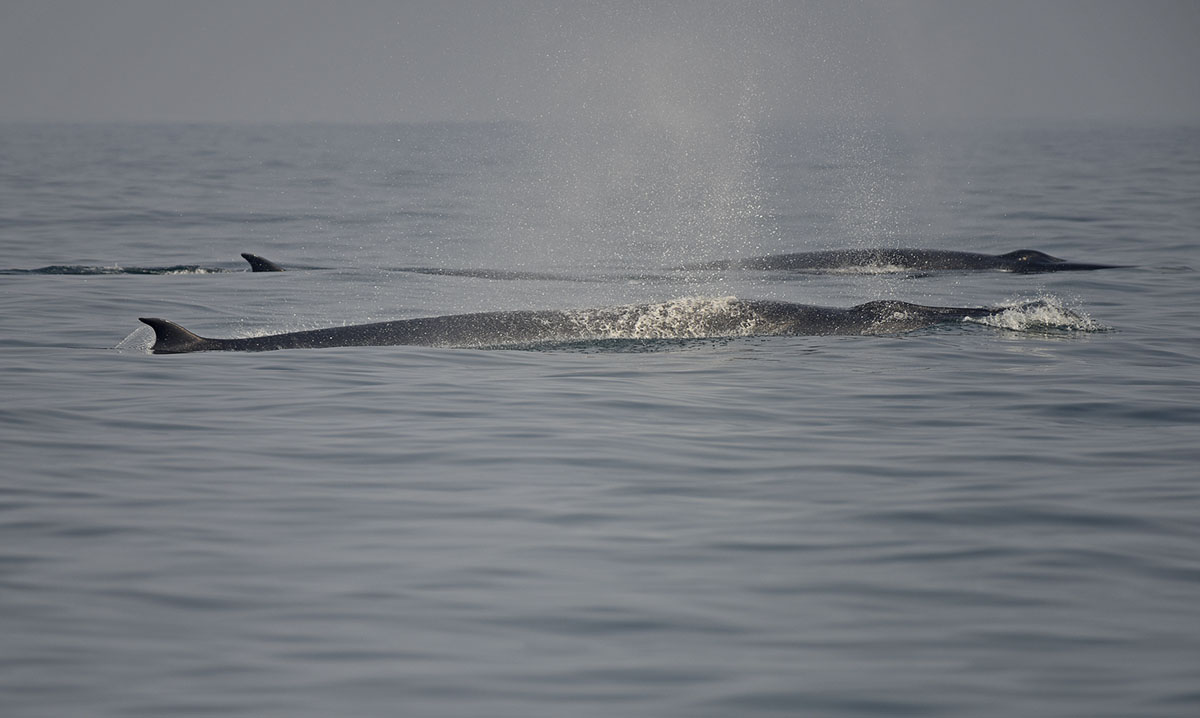 Connected to these three are four biosphere boundaries, what I like to call “Earth’s insurance cover”:

This is the tapestry that makes Earth resilient. The creatures that make a rainforest, or desert, or grassland or river or sea productive. The self-moderators. The keepers of the balance. We have crossed the boundary for biodiversity. The unnatural waves of species extinctions are proof. The intricate web of life on Earth is fraying. 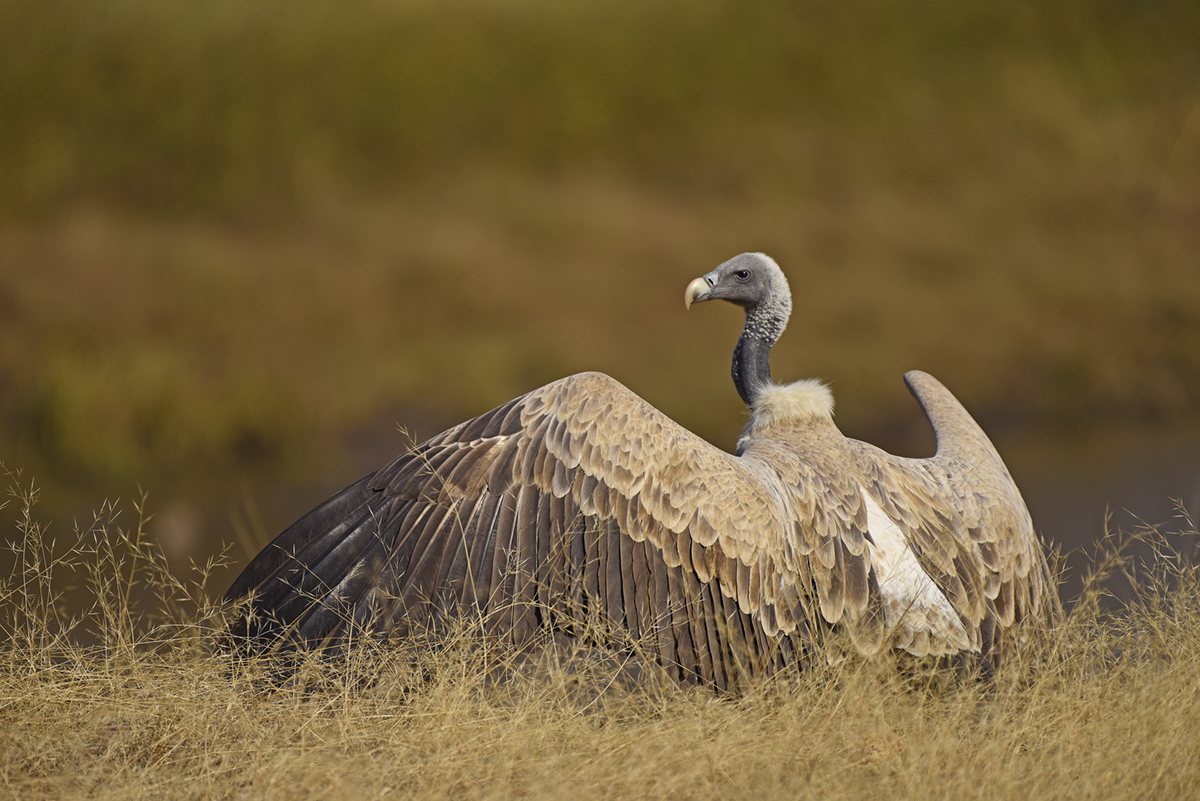 We need forests, meadows, tundra, wetlands, grasslands, deserts, and somehow, even in their depleted, compromised state, they work overtime for the rest of life on the planet. We never ask questions about how much of these we must maintain. The optimal threshold (defined by the authors of the study) is to maintain a minimum of 75 per cent of original native forests and land ecosystems. Since industrial times, we have altered and removed more than half of the Earth’s original forest cover. As a bare minimum, nature needs a little more than half. 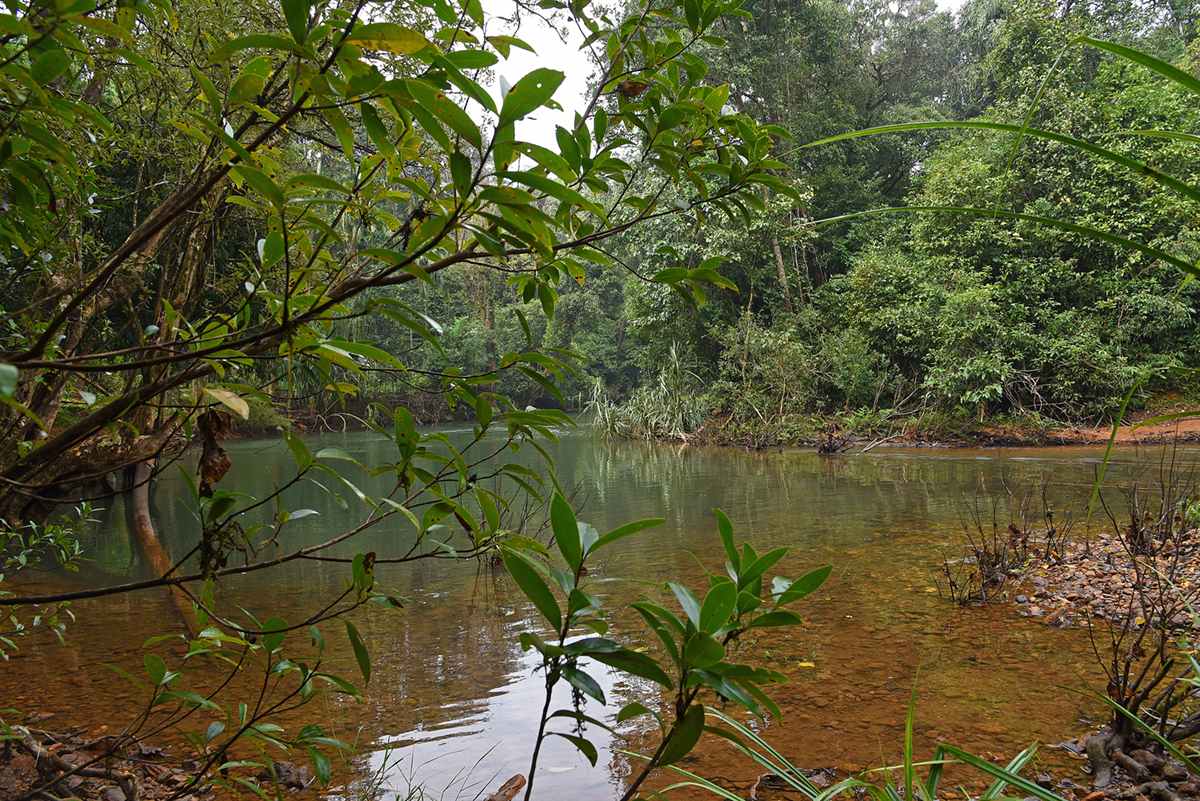 We know that only three per cent of all water on Earth is freshwater. Water underpins the biosphere. Wherever there is drinkable water, there are life forms. Ecosystems depend on it. Human civilisations would have never come about without it. Rivers, lakes, marshes, streams, and underground aquifers constitute freshwater ecosystems. Freshwater ecosystems throughout the world are in peril. According to reassessment research led by Lan Wang Erlandsson and others in June 2022, the freshwater planetary boundary is the latest one to be crossed. This finding results from the boundary assessment’s first inclusion of “green water,” or water that is available to plants (i.e. rainfall, soil moisture and evaporation). The earlier analysis concentrated solely on “blue water,” i.e. extraction from rivers, lakes, and groundwater. The freshwater boundary is tightly intertwined with other planetary boundaries, notably land use, biodiversity, and climate through green water. Rainforests all throughout the world rely on soil moisture to survive. There is evidence that large areas of the world’s rainforests are drying up and losing soil moisture as a consequence of climate change and deforestation. 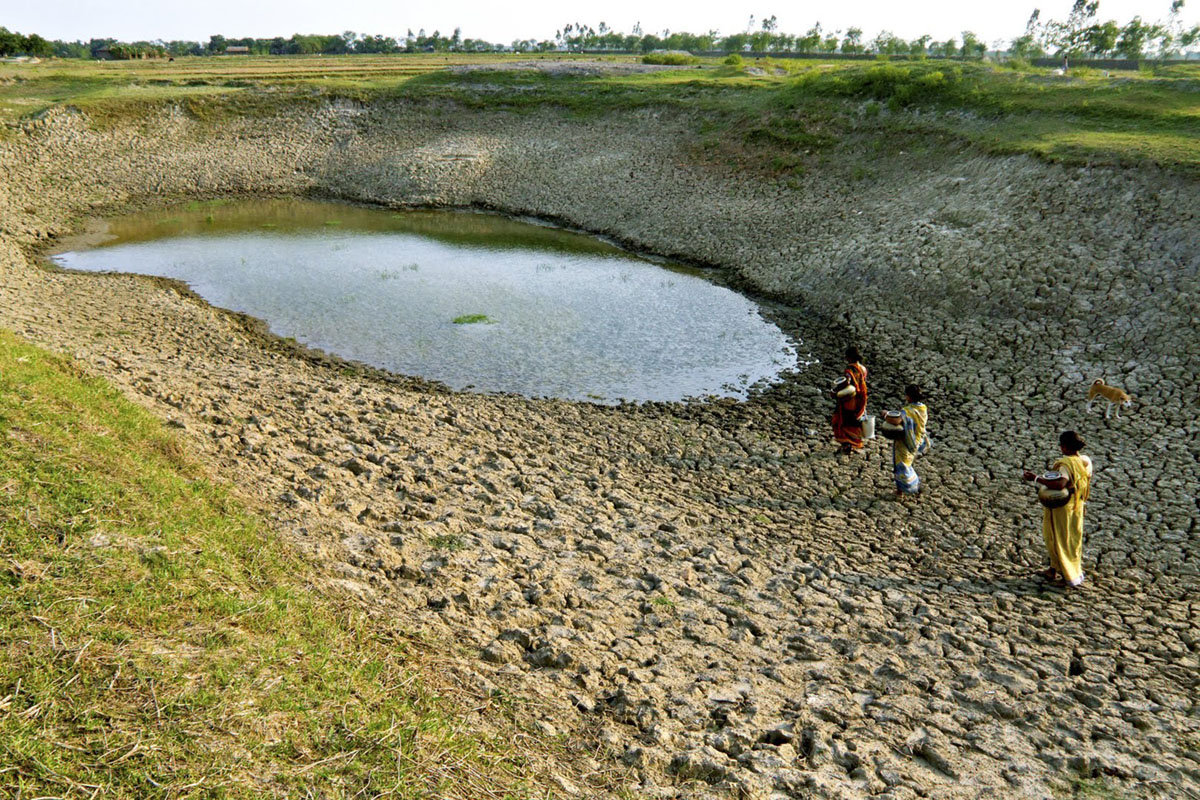 Crops need water and sunshine to exist, but they also require nitrogen, phosphorus, and potassium to grow. Before the industrial revolution, farmers relied on organic nitrogen, widely available as manure. Today, factory-made fertilisers are used by billions of people. Fertilisers are constantly wasted, dumped and disposed incorrectly in rivers, lakes, coasts, polluting the ecosystems and severely affecting the species in them. As a result of this, there are plenty of ‘dead’ – unproductive zero-yield zones – globally. Both Nitrogen and Phosphorus affect human life-support systems at local levels in intricate and non-linear ways, and both have significant aggregate planetary impact, rendering them essential Anthropocene processes. We are past the planetary boundary for both Nitrogen and Phosphorus usage but we still need both to feed the world. How do we do this without polluting our life-giving ecosystems? For starters, by not overusing and over-administering fertilisers to where they aren’t needed. Another method is precision farming in a circular method that doesn’t lead to billions of tons of waste and damage. This approach is being tried. How that turns out remains to be seen. 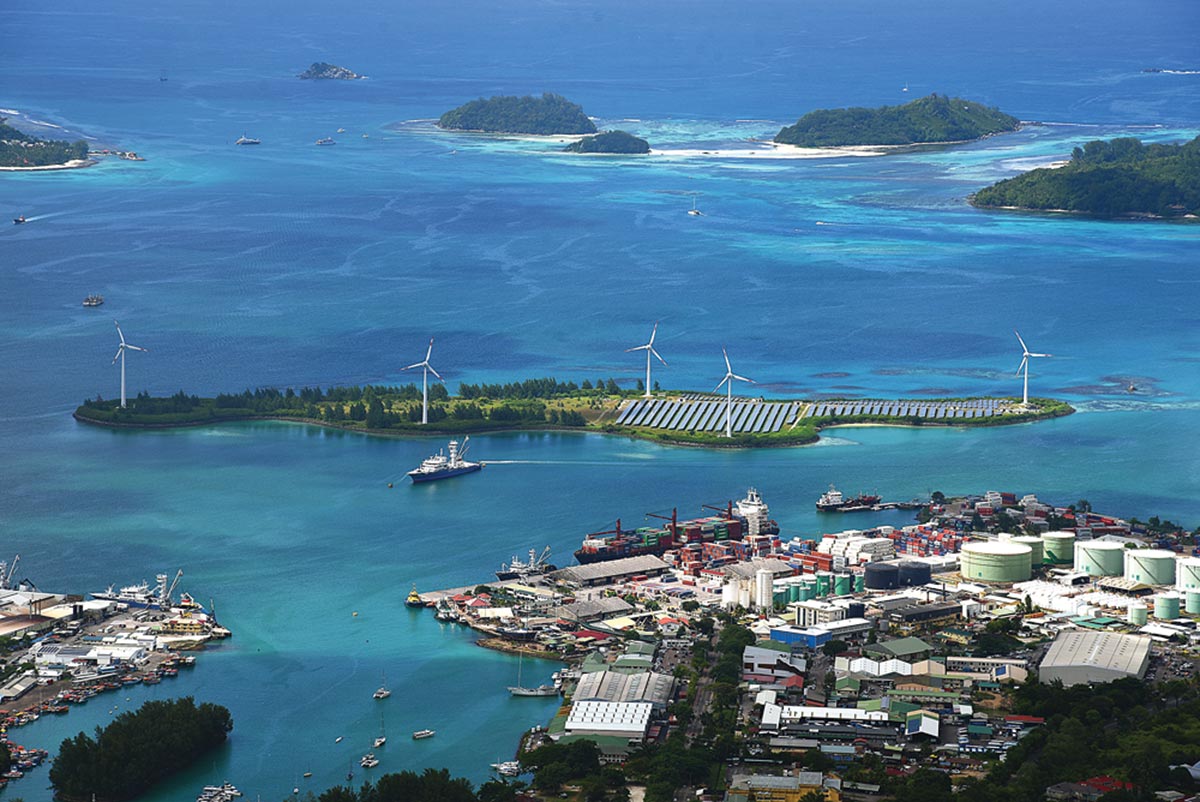 Biodiversity is the tapestry that makes Earth resilient. However, the unnatural waves of species extinctions are proof that the intricate web of life is fraying. We are on track for warming beyond 20C, with significant repercussions across the globe because of the lack of transitioning away from fossil fuels. Photo: Dr. Anish Andheria.

To knit the framework, there are two closing planetary boundaries, of systems that didn’t exist in the Holocene, and are pure products of the Anthropocene:

There are hundreds and thousands of these ‘new’ substances, most of which were manufactured and modified by humans; such as plastics and microplastics, GMOs, nanomaterials, shipping lanes, oil fields, pipelines, pesticides, and heavy metals. Some of these novel entities were made specifically with the intention to cause devastation such as nuclear, biological and chemical weapons. Many of these entities were created to solve one problem but ended up creating a whole planet’s worth of harmful problems. We’re gradually finding out that not all advancement and not every technology is worth the unwanted change it may trigger. Most of these substances and technologies were lauded as life-changing upon introduction. Artificial Intelligence (AI) and gene editing are prime examples of emerging risks and implications. Even when viewed through the lens of plastic, pollutants, and oil extraction alone, this boundary has been exceeded a hundred fold.

Aerosols make up the final planetary boundary and the only unquantified one, owing to their shifting nature. Stemming from the burning of fossil fuels, car exhausts, industrial activity, and open fire cooking, aerosols are released into the atmosphere and when accumulated, lead to air pollution. They are the haze and smog you see hanging over New Delhi, Ghaziabad, Agra and many other cities in the air pollution hall of fame. Air pollution causes millions of deaths in India. Aerosol accumulation leads to climate imbalances, such as heavier haze and rains around cities and monsoon irregularities that hamper rainfall in other areas. 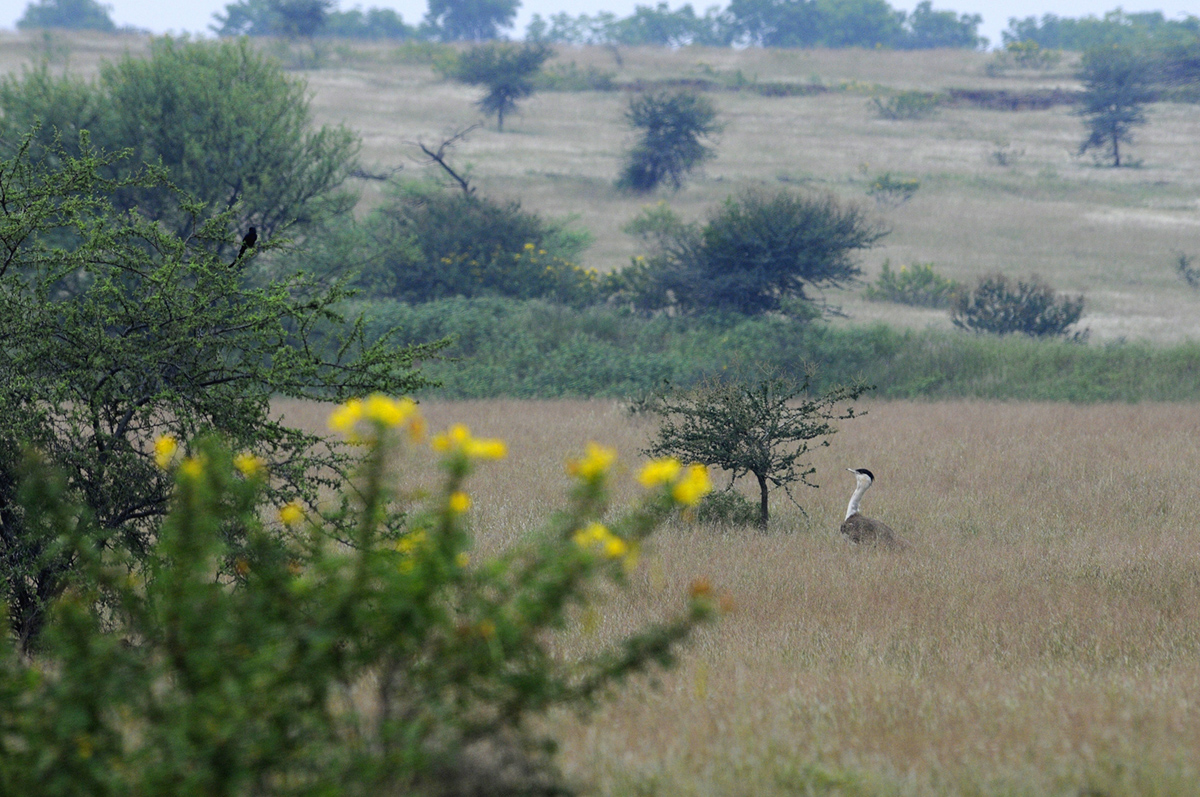 As of 2022, six of nine planetary boundaries have been crossed. Not all of these are on the same level. While the other boundaries have an impact on human well-being, climate and biodiversity boundaries are core thresholds that, if crossed and not rectified, may tip Earth into an unknown regime.

I confess, this is a lot, and after recovering from and digesting the sheer detail of this framework, I realise that one of the best things we can do about this predicament is to communicate the reality of it. Simply, sincerely, and repeatedly.

Though we live in the age of information, many people do not know, (by choice, and also by circumstance) what we are up against. Despite the bleakness of it all, there is a crevice of cautious hope: we now know more about the planet than we ever have in history. With the planetary boundaries framework, we know exactly which fences we need to get back inside, and which jars we shouldn’t empty. There is a messenger in each of us, with a constituency that is our very own. Let’s find that constituency, and get up on that soap box.

Sara Mahdi is a conservationist and science communicator. She works with nonprofits, governmental agencies, educational institutions and the general public. She currently works at the World Resources Institute’s Ross Centre for Sustainable Cities.