Dams Will Not Solve Drought

The Palamau Tiger Reserve (PTR) is Jharkhand’s only tiger reserve. This was where the world’s first tiger census was conducted in 1934. The 1129.93 sq. km. reserve, has since undergone steady decline due to poor management, insurgency, unchecked poaching, and anthropogenic pressures. On top of this it must now contend with the submergence of its most vital forests by the Mandal Dam reservoir sited on the north Koel river in Palamau’s Kutku range. Conceptualised in 1967, the dam was estimated to cost INR 30 crores in 1970 and construction began in 1972. All for 24 MW of power to ‘mitigate drought’. Consequently, the Forest Department began hacking down trees in the buffer zone and thought that submerging 30+ villages (17 inside the tiger reserve), populated by Korwa, Oraon and Parhaiya tribals, plus drowning 119 sq. km., or roughly 10 per cent of the tiger reserve was acceptable collateral damage.

The deficiencies and exaggerated claims in the Detailed Project Reports (DPR) of the dam were overlooked and established rules and procedures readily violated. This led to civil unrest and in the late 1970s, the Kutku village was washed away, thanks to flooding caused by the construction work. Protests followed and continue to date.

Much of the dam construction was completed in the 1980s against the advisories and orders of the Ministry of Environment and Forests (MoEF). However, on July 14, 1993, the MoEF ordered a moratorium on construction, taking note of both local protests as well as a fresh report by PTR authorities recommending against the dam. On August 16, 1997, Baijnath Mishra, Superintendent Engineer of the dam, was tragically shot dead by left wing extremists, which led to the abandonment of the Dam site.

When the state of Jharkhand came to be in 2000, the project turned into an inter-state matter between Bihar and Jharkhand, and an MoU was signed. By 2016 the project’s estimated cost had escalated to 792.38 crores. In May 2015, based on recommendations by the National Tiger Conservation Authority, the government of Bihar agreed to reduce the dam height by four metres at the Full Reservoir Level (FRL) in order to reduce the submergence area within the Palamau Tiger Reserve. This brought down the height of the dam from 367.28 m. to 363.28 m. But a significant chunk of PTR’s Critical Tiger Habitat (CTH) or core would still be affected. Eventually, the FRL was significantly lowered to 341 m. with project proponents claiming that the submergence area would only be 10 sq. km. and only impact eight villages within the reserve. Of these eight, three would be fully submerged while five would undergo partial submergence.

The North Koel and its tributaries, the Burha and Aksi, are not only key to the forest ecology of the tiger reserve but also the last clean wild rivers of Jharkhand. None of these huge losses have been tabulated.

This revised scheme received the Forest Clearance for 1007.29 hectares and finally on June 27, 2017, the project was cleared by the National Board of Wildlife (NBWL). Subsequently, an MoU was signed on January 12, 2018 between the Water Resource Ministry and State Governments of Bihar and Jharkhand for completion of balance works of the project at a staggering estimated cost of 1622.27 crores. However, the protests continue as villages face eviction without compensation since the project proponents claim that their land was transferred to the government under the aegis of ‘Nadi Ghati Pariyojna’ in the 1980s by virtue of the then approved “rehabilitation package” (a grossly undervalued package even by the market prices in 1980s, which also wasn’t properly implemented back then). Moreover, the tag of ‘submergence zone’ has made these villages rank low on administrative and governmental priorities – no one wants to invest in a submergence area. Ironically, the new 341 m. FRL means that the project is no longer a hydroelectric project as originally proposed, and will also curtail the irrigation capacity.

Given the human cost of the project, and the fact that tigers, elephants and other wild species will be severely impacted, one wonders what possessed the government to clear the project. We know that human-elephant conflict will rise because their ancient migration routes will be destroyed. Victimised and displaced communities will surely be constrained to encroach new forest areas. The North Koel and its tributaries, the Burha and Aksi, are not only key to the forest ecology of the tiger reserve but also the last clean wild rivers of Jharkhand. None of these huge losses have been tabulated. 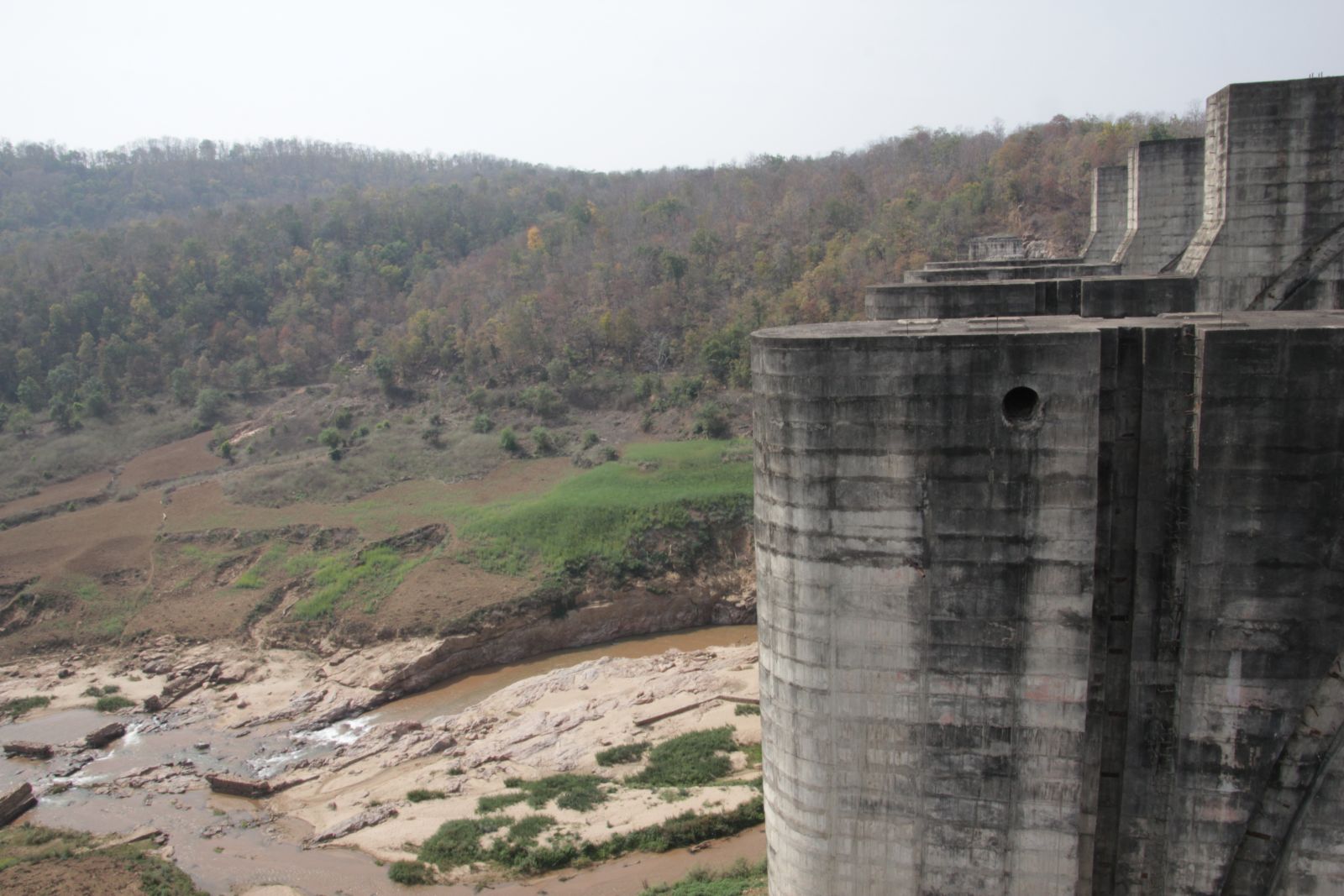 The Mandal dam on the Koel River in Palamau will impact wildlife and the unique river ecology, displace communitites and escalate human-elephant conflict.

Given the long period of abandonment, much of the dam infrastructure will need to be rebuilt, and labour trucked in. All this will further degrade the catchment forest, resulting in greater silt flows into the reservoir, reducing the life of the dam. Degraded catchments will not only adversely affect biodiversity and forest ecology upstream but also cause erratic water flows resulting not only in dry season shortages but a surplus during heavy rainfall and cloudbursts.

Given all the above, what one wonders could be the justification for the Water Resource Ministry to be granted permission to fell as many as 3,44,000 trees – a figure based on an estimation process, the actual number could be much higher – inside the tiger reserve? Surprisingly, the ministry even wants those trees felled, which lie in the partial submergence zone. One can’t help wonder how drowning the source of water can possibly solve a drought.

What needs to be done:

First: Accept that cutting 3,44,000 trees is unacceptable inside this or any other tiger reserve when the whole world is aware that biodiversity is key to fighting climate change.

Second: Apply the hard scientific data thrown up by the IPBES Report and  revise upward the real price of the project after taking into account the ecosystem services losses.

Third: Deforesting the dam catchment will lead to erratic water shortages in the dry season and floods in the monsoon months. Because the catchment will be degraded the life of the dam will be shortened, making it necessary to rewrite the DPR.