by Shailendra Yashwant for Sanctuary Asia

An estimated 30,000 protesters, mostly children and young people, marched in Glasgow city centre on Friday, November 5, 2021, to call on world leaders and negotiators at the COP 26 climate summit to act faster on the climate crisis.

The march was organised by Fridays for Future Scotland. Fridays for Future is a worldwide movement which began when Greta Thunberg, a teenage climate activist, started standing outside the Swedish parliament with a sign that said “school strike for climate” in August 2018. 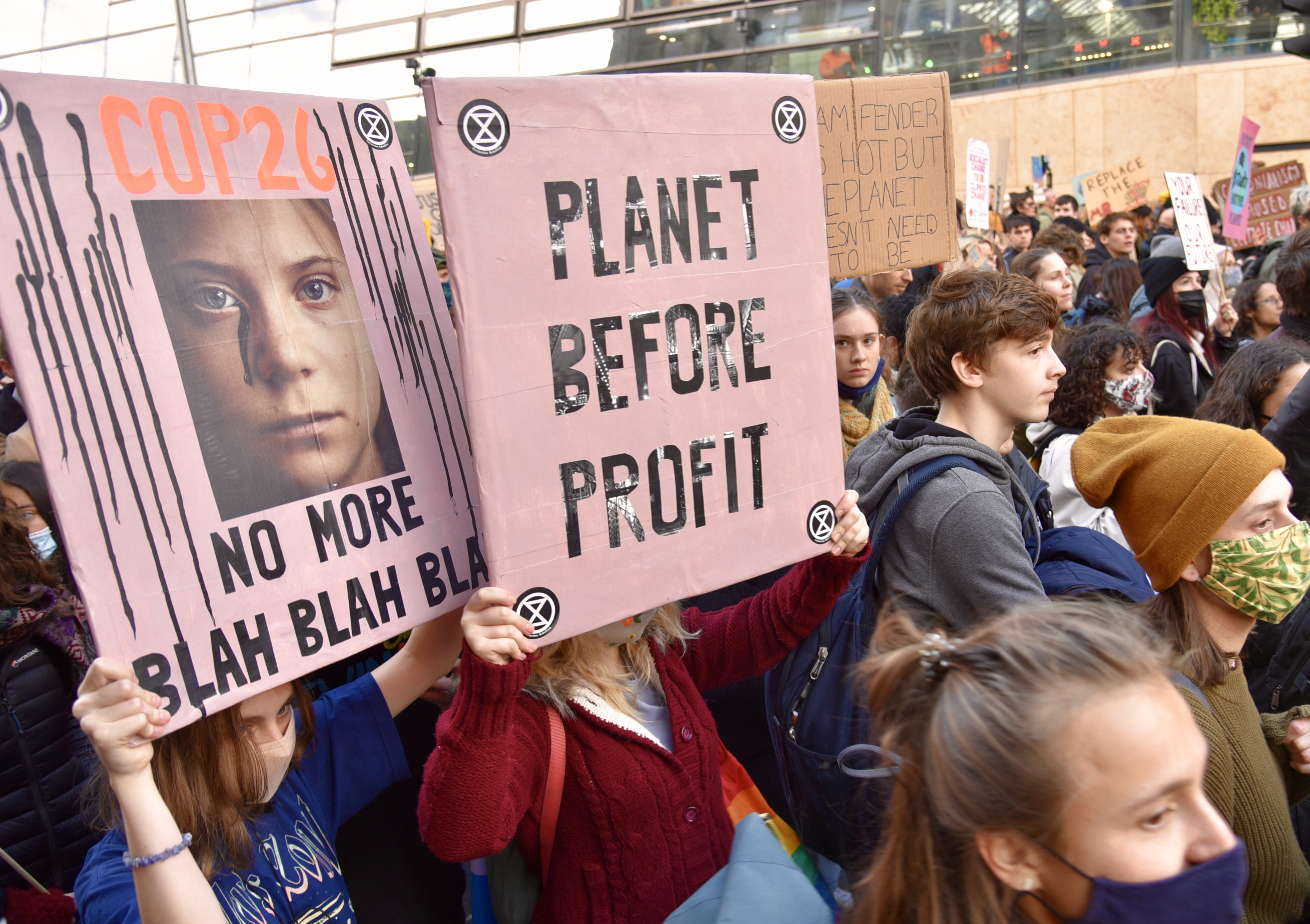 Addressing the gathering at George Square, Greta Thunberg, the 18-year-old Swedish environmental activist said,  “This is no longer a climate conference, this is now a global North Greenwash festival.

It is not a secret that COP26 is a failure. It should be obvious that we cannot solve a crisis with the same methods that got us into it in the first place. COP has turned into a PR event where leaders are giving beautiful speeches and announcing fancy commitments and targets, while behind the curtains the governments of the Global North countries are still refusing to take any drastic climate action. It seems like their main goal is to continue to fight for the status quo. A two-week-long celebration of business as usual and blah, blah, blah.”

Other young speakers included Vanessa Nakate, a climate activist from Uganda, who told the crowd the inaction of richer countries was “destroying the planet.”
“Historically, Africa is responsible for only three per cent of global emissions and yet Africans are suffering some of the most brutal impacts fuelled by the climate crisis. But while the global south is on the frontlines of the climate crisis, they're not on the front pages of the world's newspapers.”

The demonstration through Glasgow happened while politicians continue to debate ways to fix the climate crisis at COP26. The sixth day of the summit, named "youth day", had the theme of empowering the voices of young people.

13-year-old James , who was at the march, said: " I have been reading about the climate crisis and I came here today with my parents because I want to join my friends in reminding the leaders at COP 26, it is our future that they are discussing at the conference and we want a future that is healthy and equal for all."

16-year-old Rita, who had arrived earlier in the day from London, said “ I am here because I have many friends in Asia, and the messages of how they have suffered from floods due to climate change are the stories I want to tell the world leaders.”

Mbeke, a youth activist from Ghana along with his friend Susanto from Indonesia were leading a group of youngsters chanting slogans like,“It's our world and we will fix it.” 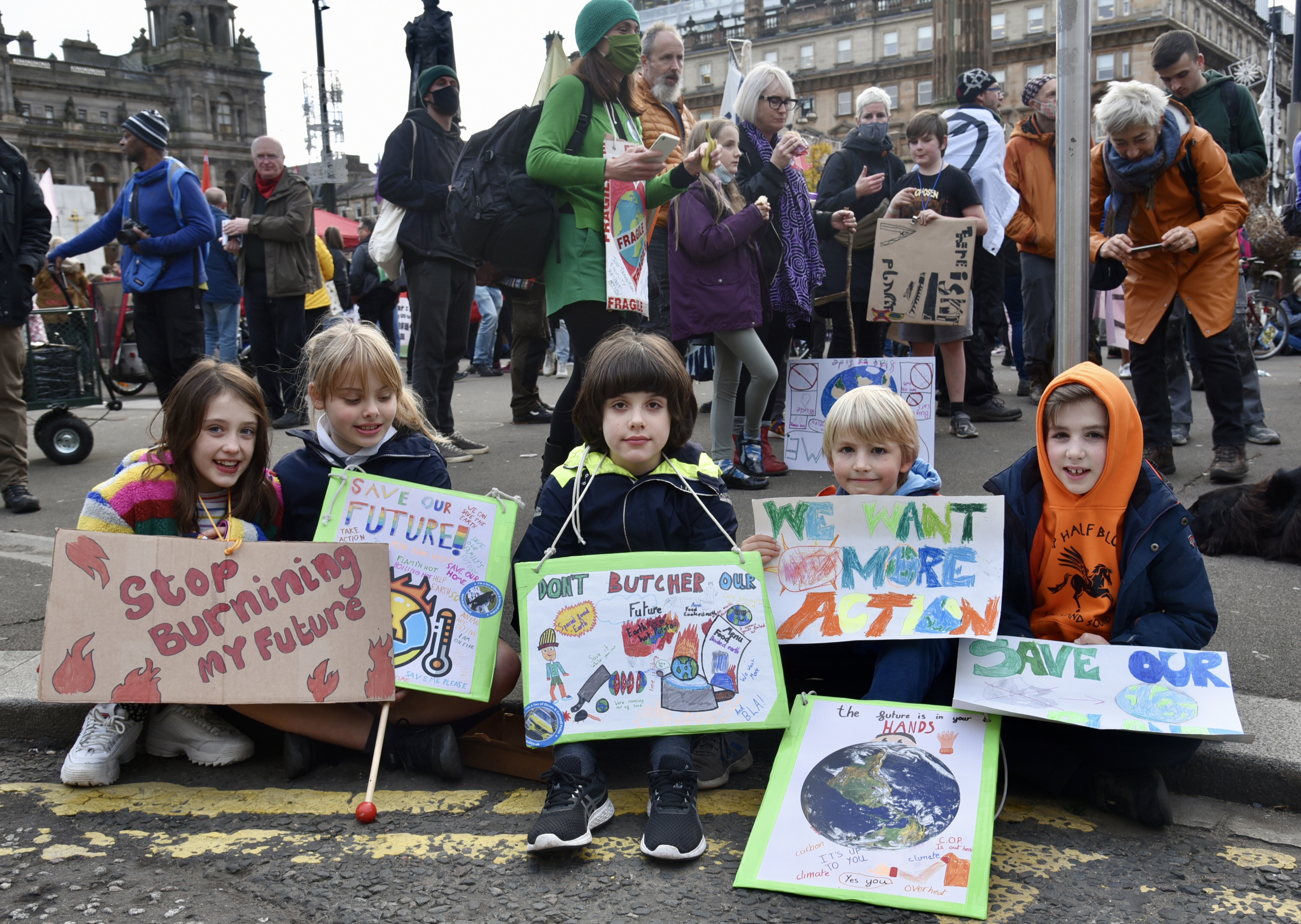 Many young climate activists in Glasgow were missing a day of school to attend the protest. Gina, a 12-year-old said, “Our teachers said we will not be punished for taking part in the climate strike as it is important for us to engage and take active interest in the issue of climate change.”

Meanwhile Scotland's First Minister Nicola Sturgeon said she was committed to "meaningful engagement" between the Scottish government and young people and to involve them in decision-making. "In Scotland, we are already acting to tackle the climate emergency, but, as we have heard from children and young people this week from Scotland and round the globe, is it not enough and we must do more," she said.

Shailendra Yashwant is an independent documentary photographer and environmental journalist based in India. He has been documenting, reporting and campaigning on wildlife conservation, social justice and climate change issues in South Asia for over three decades now.