The environs of the Razdan Pass seem taken from a magical fantasy. At 3,557 masl. the pass is surrounded by vast rolling mountains as far as the eyes can see. This is the highest point along the Bandipora- Gurez highway that connects Srinagar to the remote Gurez valley. Driving through the pass, there is a sense of serenity. The highly respected Peer Baba who apparently came from Multan (Pakistan) in 1933 rests here.

After almost five hours of a backbreaking drive from Srinagar, we come to a bend in the road, and there before us, in all its awe, we see the mighty Habba Khatoon peak, named after the celebrated Kashmiri poet who loved the mountain. Towering over Dawar, the “capital” of Gurez valley, in 1976, the Habba Khatoon Drama Club was launched and played a pivotal role in safeguarding the cultural ethos and traditions of the Dardi-Shina tribe, the custodians of the Gurez valley.

The rapids of the Neelum, meander their way through Gurez and its adjoining valleys and are home to a diversity of wildlife including the Himalayan ibex, musk deer, Himalayan brown bear and, potentially, the snow leopard. Photo: Satvik Shahapur.

Amongst many adjectives that can be used to define the Shina people, hardy and hospitable cannot be overstated. Surviving temperatures dropping below -30°C in winter, while cut off from the rest of the world for several months, is anything but easy. Whatever life might throw at them, the Shina will never miss a chance to sit with you, speak about the beautiful valley they call home, all while offering copious amounts of tea.

Time stands still as one watches the glacial waters of the turquoise Neelum river flow along the valley. Upstream, lies the equally brilliant Tulail valley, sandwiched between Gurez to the west and Drass (Mushkoh valley) to the east. Time and connectivity are relative concepts where phone connectivity only became available in recent years. The entire region falls along the ancient silk route connecting the Kashmir valley with Gilgit, before continuing towards Kashgar. It is hardly surprising that the region’s historic importance is evidenced in the many archaeological sites found here – Kanzilwan, apparently, was home to the last council of Buddhism, and downstream lie the ruins of the ancient Sharda University (Sharada Peeth), now in Pakistan. 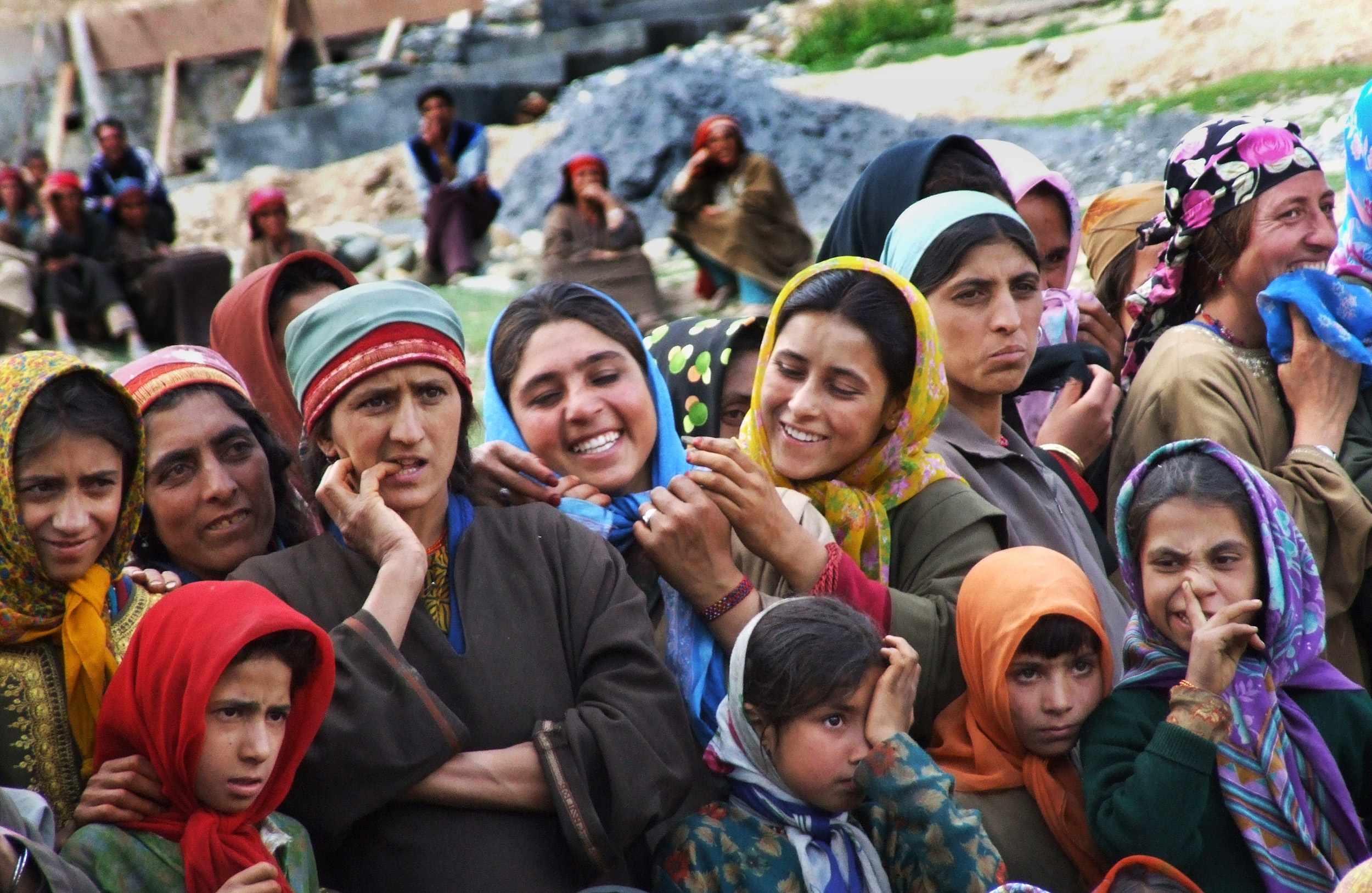 A group of young women from the Dard community watch animatedly at a performance by local artistes. Raising awareness about the importance of biodiversity conservation among locals is key to securing this landscape. Photo: Faheem Qadri.

The rapids of the Neelum, meander their way through Gurez and its adjoining valleys and are home to a diversity of wildlife including the Himalayan ibex, musk deer, Himalayan brown bear and, potentially, even the snow leopard. Expert fishers the Shina supplement their diet with brown or rainbow trout that thrive in the glacial waters. Gurez is an Eden waiting to be explored. In the depths of winter, walking through the Kisar Nala just outside Dawar, the distant sounds of two ibexes locking horns in as they joust for a mate, reverberates across the mountains. Locals have identified 56 different plant species, many used in ethnobotanic traditional medicine.

This is an austere, almost forbidding land and proximity to the Line of Actual Control (LAC) adds its challenges, what with cross-border incidents that locals must adapt to in Gurez. There are other issues, including the fact that organic waste attracts brown bears far too close to human settlements, particularly just before and after their winter hibernation, and this sometimes results in human-bear conflict. And then there are the large intrusions such as a hydroelectric dam, near Dawar, that has chiseled the earthquake-prone landscape and actually changed the course of the Neelum river. In an age of a worsening climate crisis, what does the future hold for wildlife and the people of Gurez, is anyone’s guess, but lost in time and space, this region needs us to value its past, protect its present and work for its future.

The construction of the 330 MW Kishanganga Hydroelectric Plant that chiselled the earthquake-prone landscape, led to the displacement of several villages, and polluted the waterbody, which a study by the National Institute of Technology had to declare ‘unsuitable for human consumption’. Photo: Shakyasom Majumder.

Munib Khanyari is currently a Research Associate at Nature Conservation Foundation’s High Altitude Programme and a Ph.D. student at the University of Bristol and the Interdisciplinary Centre for Conservation Science in Oxford.