In Gratitude To The Eastern Himalaya

I have always been fascinated by animals and wild places thanks to a childhood spent in Africa, and a number of inspiring biology teachers. I have been fortunate then to have worked for 25 years and counting in the spectacular landscapes of the Eastern Himalaya.

I first landed in Arunachal Pradesh in 1995 to study how logging affected primates and squirrels. I was hooked, and never left. During that initial stint, though I hadn’t been a bird person, hornbills caught my eye – they were conspicuous and fascinating. During four years of Ph.D. field work in the Pakke Tiger Reserve, I studied hornbill biology and the species’ role as seed dispersers of forest trees. The history and culture of the state made me fall in love with Arunachal and its people.

Soon I started surveying other parts of the state. With help from knowledgeable indigenous people, I recorded two muntjacs – the leaf deer and the Gongshan muntjac – that were previously unreported from India. Later, we described the Arunachal macaque, a primate new to science, in western Arunachal’s high-altitudes.

In 2003, I felt the need to start addressing conservation problems in Arunachal. Local support is essential for conservation success and the costs borne by local communities around Protected Areas need to be acknowledged and offset.

I initiated a community-based conservation programme with the main goal to reduce hunting pressures and to foster positive attitudes towards wildlife conservation, which often conflicts with people’s immediate concerns. I worked with the Lisu (Yobin) people in and around the Namdapha Tiger Reserve. We monitored wildlife and obtained photographic evidence of threatened mammal species for the first time from the park. We worked to understand the community’s socio-economic needs and attitudes to wildlife conservation. We provided medical support, healthcare training, and education by supporting schools and teachers, addressed rural energy needs, and innovated new livelihood options.

These initiatives helped people, but failed in conservation outcomes. Initially, hunting reduced; however, given land conflicts and the proposed relocation of people from the park by the government, things did not end well. I learned that reasoned reconciliation is not always possible and that conservation cannot be forced on people when they have survival concerns. It was a wicked problem made more intractable by rigid conservation policies. This work was controversial. It lay at the heart of the hotly contested debate on parks, tigers and people. Some viewed it with skepticism, and I faced hostility and displeasure.

During that period, we continued to monitor hornbill populations and nests in Pakke. We noted forest loss outside the park and in 2011, a Hornbill Nest Adoption Programme was set up in partnership with the Nyishi community and the Forest Department with support from citizens to protect hornbill nests outside the reserve with Nyishi nest guardians. A restoration project was started in 2014 to help recover degraded forests.

In 2017, we expanded our work to eastern Assam and north Bengal. I have been a member of the National Tiger Conservation Authority and the State Wildlife Advisory Board of Arunachal and engaged with the government on the management of some Protected Areas and critiqued proposed hydropower projects. 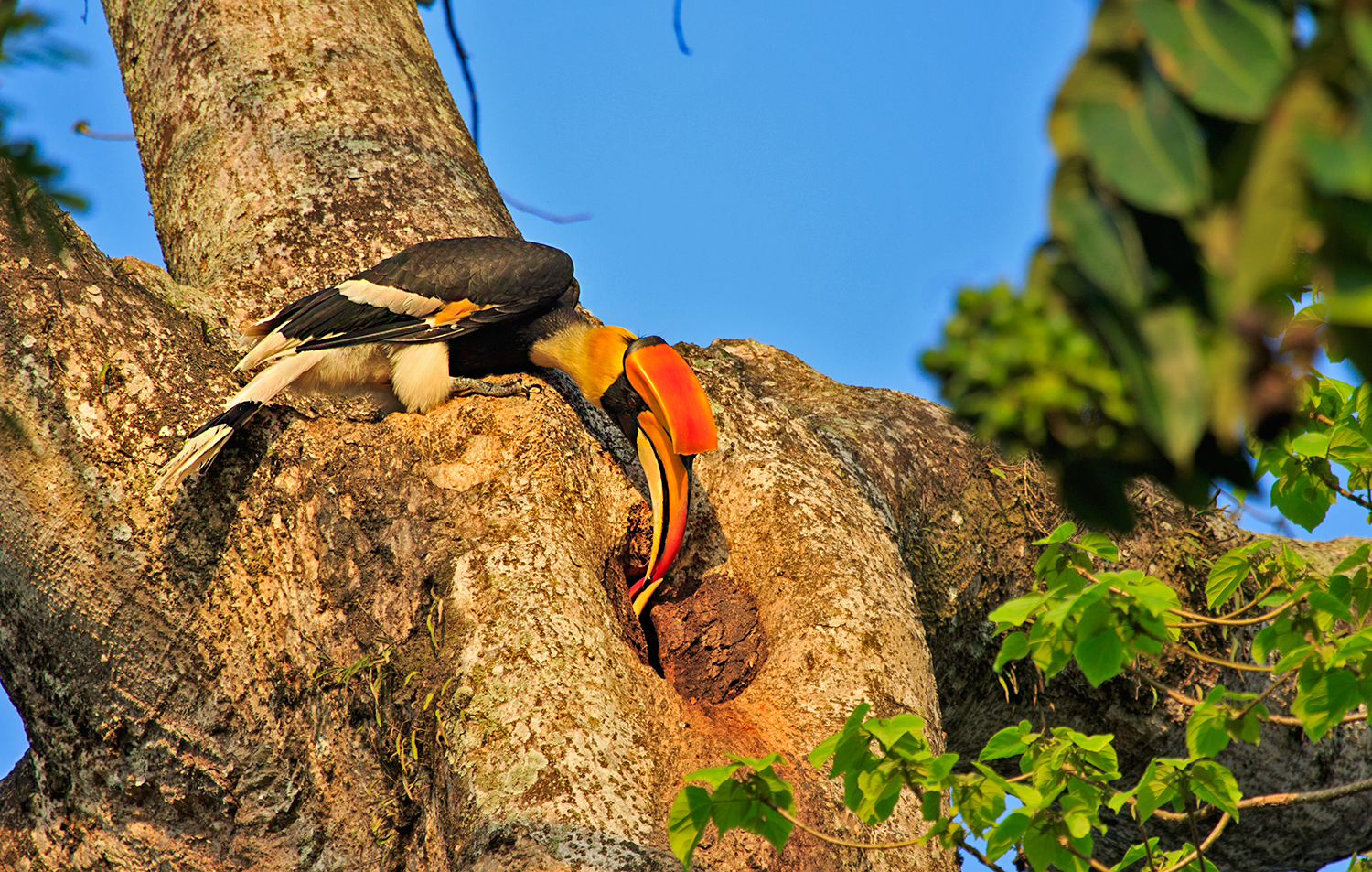 A male Great Hornbill feeds its nesting mate. The author’s study of hornbill ecology led to a partnership with the Nyishi community and the Forest Department to protect this keystone species. Photo: Shashank Dalvi.

What does it Mean to be a Researcher?

Studying frugivory and seed dispersal is my first love. Tropical trees and plant-animal interactions are what I find most exciting. I drool over fruits and seeds and their diverse shapes, sizes, colours and adaptations. Interesting ideas and questions arise only when you spend enough time in nature watching animals.

Writing is important too, though it is often difficult with the daily pressures of being a conservation practitioner. We have published some of our work, but much remains unpublished. I now try to write more often and have a blog for my field experiences, natural history observations and conservation issues. I have written some books for children too.

‘Doing’ conservation means we must multi-task. Sometimes, that is challenging and exhausting. But it can be rewarding and allow one to be more creative, obtain new skills, and find new allies and ideas. Finding that balance can be hard but each person needs to understand their skills and what drives them.

I believe in action, albeit tempered with prudence. I find that overthinking an issue can be paralysing, and get nothing done. If we only see problems and complexities, it is hard to get moving. Some risk-taking is necessary for conservation work. Mistakes happen – acknowledge them, learn from them, and move on. I have experienced several lows, been threatened and harassed, but through it all, I persisted, and continued working.

We are now beginning to see the impacts of climate change, though we don’t understand all its consequences. We are seeing it in hornbill nesting patterns from our long-term nest monitoring. It is no more a distant concern, yet the Eastern Himalaya faces many more immediate threats – proposed dams, expanding road networks, promotion and increase in biodiversity-poor cash crop plantations, illegal logging, and poaching.

A major challenge is that of forest governance and community rights. The contours of this issue tend to be hazy, and need legal clarity and backing. Ambiguity in rights and governance leads to conflict and negative outcomes for wildlife and forests.

There is also much to celebrate – many new species are being discovered especially in the last two decades as there are more research efforts now compared to 1995. There are more researchers and conservationists from indigenous communities, and more efforts to train and support them. They are the future. I have been enriched by and learnt much from many indigenous people who worked and journeyed with me over these years. 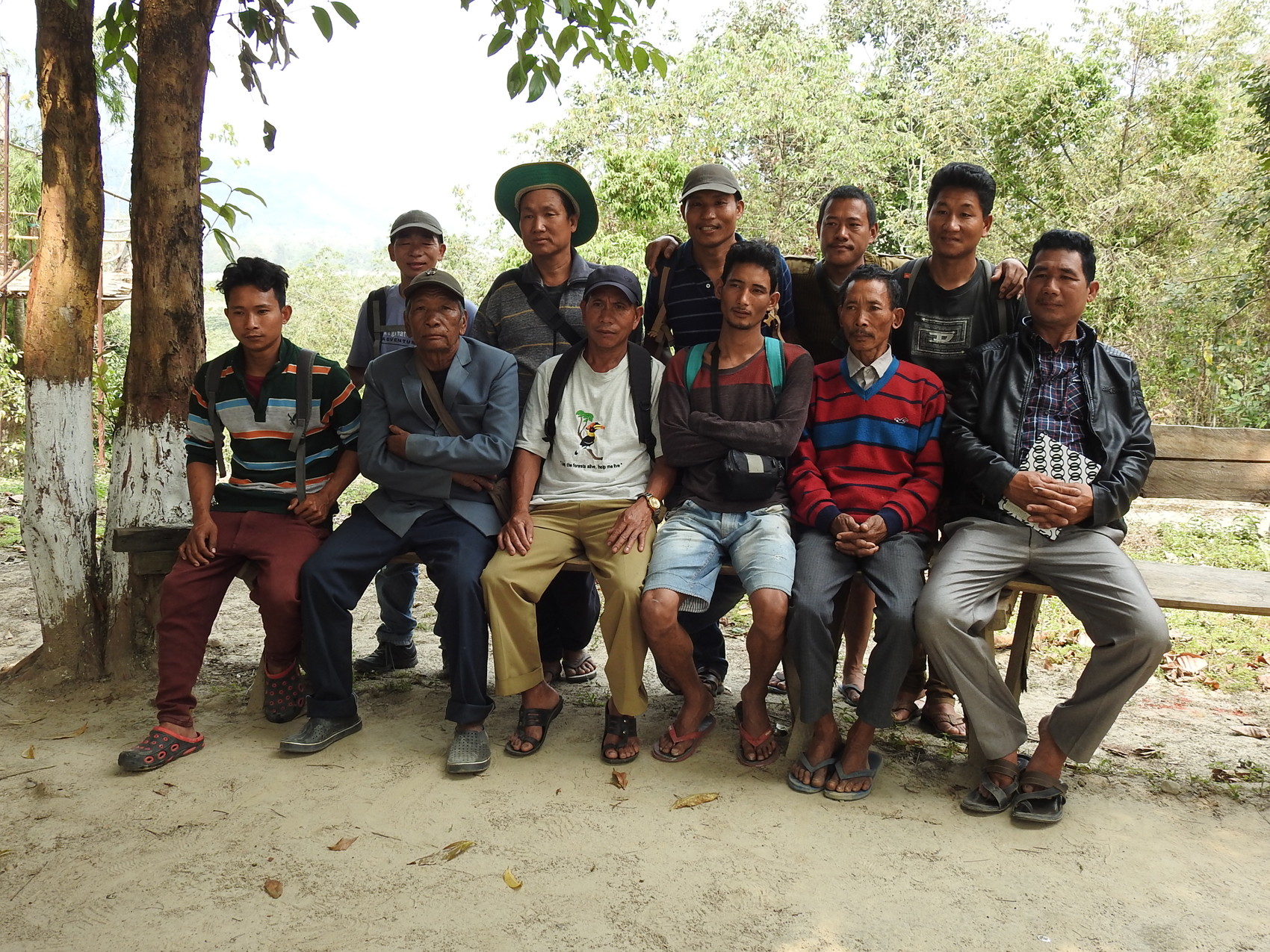 The author helped set up a Hornbill Nest Adoption Programme in partnership with the Nyishi community and the Forest Department with support from citizens, to protect hornbill nests outside the reserve with Nyishi nest guardians. Photo: Aparajita Datta.

In the 90s, I believed, like many researchers of that time, that local people in and around parks have a negative impact on wildlife or biodiversity. But I soon learnt that the kind and extent of impact is site and context-specific. I learnt that the history of park creation has often not been just to people. That people and wildlife can co-exist in some places. That there is much wildlife outside Protected Areas. There is a gradient in such co-existence, which can also change based on time, circumstances, and external factors. Nature and people-nature relationships cannot be reduced to simplistic binaries. Even where there is negative impact, an approach solely reliant on enforcement is not desirable. Caring for wildlife and caring for the fate of people need not be mutually exclusive. Caring for both means that both sides need to give way a little. It is disheartening that this divide continues, even 30 years after I became a wildlife biologist.

The divide between wildlife biologists and social scientists/anthropologists needs to be bridged. Science is often used (or misused) to justify opposing conservation approaches, but I believe these differences arise from those in value systems, and personal biases and experiences. I have faced many dilemmas, but conservation approaches should universally be fair, equitable and morally defensible. We must show more sensitivity to the human dimensions of conservation, which are often made up of marginalised people. There is a need for collective action. While we need to question and critique each other’s work, it needs to be done with a positive spirit, openness, and understanding, to move beyond petty differences and mistrust.

Conservation needs more common sense, nuance, and dialogue to arrive at negotiated solutions that can be better for forests and diversity, although in a much less ‘pristine’ ideal than what is demanded by some.

I find peace and joy in watching and photographing birds and trees in urban spaces, whether it is in my tiny unkempt garden patch, neighbourhood streets, or in the lakes and scrub jungle in rural Bengaluru. I see myself as a student with much to learn every day. My foremost feeling is one of deep gratitude.