In Pursuit Of Healthy Reefs

As a young, bright-eyed biologist, I pictured an adventurous career and life for myself. A life that would allow me to travel to the farthest corners of the world and access pristine ecosystems. It was my steadfast belief that as a conservationist or biologist, I could lay claim to these untouched, healthy ecosystems as my own. Visuals of conservation pioneers like Romulus Whitaker in the deep jungles of the Western Ghats, or stories of Satish Bhaskar camping at remote Andaman beaches cemented this belief. Until I started working.

My first paid job was to run the marine conservation wing of a SCUBA diving company in Pondicherry. And so began my exposure to the reality of being a millennial marine biologist. While diving certainly opens up the romantic nature-lover in you, it also exposes you to the harsh reality of India’s ocean systems: a gradual decrease in fish populations across trophic levels and a stark increase in plastic waste. 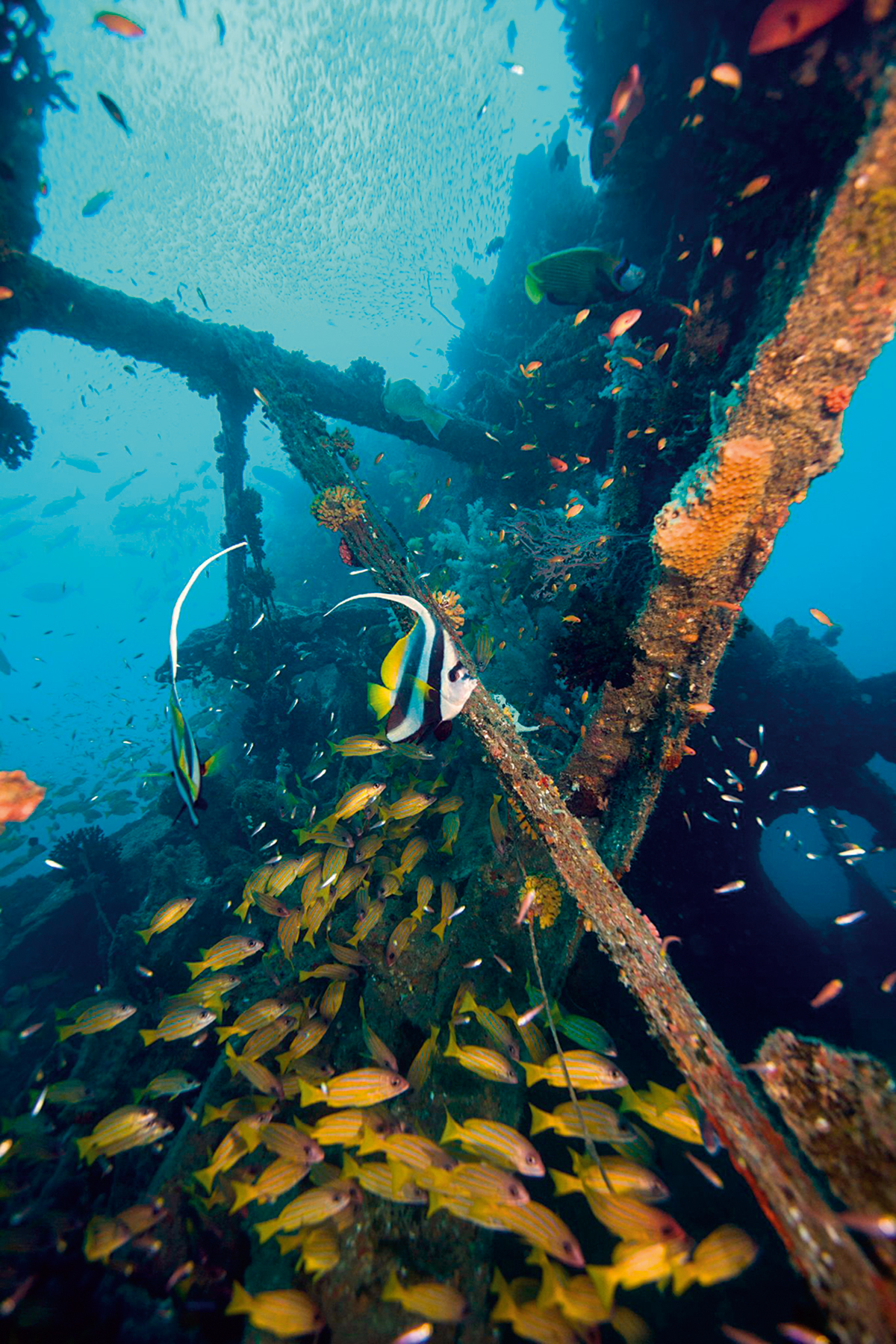 Since artificial reefs are young and dynamic ecosystems, it may often take years of ecological monitoring to understand the kind of biodiversity this reef design attracts. Photo:Umeed Mistry.

With over 3,000 km. of coast, India was home to small-scale fishers, with low-impact and highly targeted methods to catch high-value species. Over the last seven decades, a globalised economy led to a rising global demand for seafood. This transformed India’s fishing industry to a high-impact, non-target fishery. With the advent of the Blue Revolution in the 60s, India sought to capitalise on its massive marine resources. Large fishing vessels that employed catch techniques like trawling were introduced and their adoption by fishers was highly incentivised. Trawlers use large fishing nets, which rake the ocean floor for our most valuable export – prawns and shrimp. These fishing methods are highly wasteful as they capture non-target fish, also known as bycatch, in their nets as well. It is not only charismatic species, which are caught. Large swathes of bottom substrate (depending on the region – corals, seagrasses or rocky reefs) are inadvertently destroyed as well. Imagine a marine ecosystem being subject to this for decades.

The results are not surprising – large patches of rubble and sand now dominate regions, which were earlier covered by corals, seagrass or rocks across our coastline. The most disenfranchised group throughout this period of economic prosperity was of small-scale fishers, who struggled to compete with large-scale trawlers in the region. A loss of traditional fishing grounds led to long-standing conflict between small and large-scale fishers, which continues to this day in many regions. 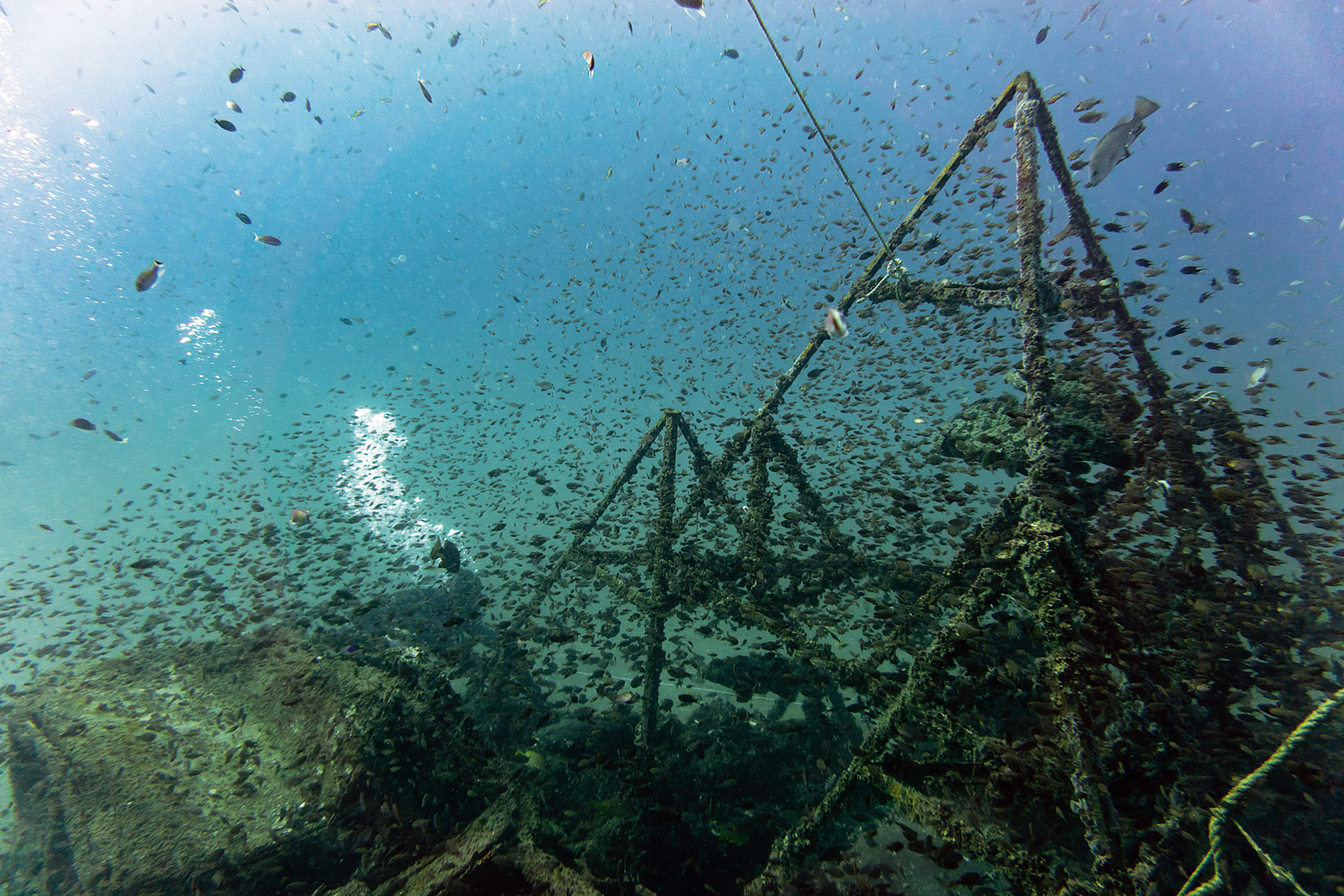 Artificial reefs may be designed to serve different roles. Off the coast of Pondicherry, Temple Reef, fondly named after its builders, was built as a dive site. It is now home to over 100 species of fish. Photo:Pushpak K.V.S.

Are there any solutions to what seem to be a plethora of problems? Is it possible, or too ambitious to try and restore what we’ve lost? Well, that’s what I try to do. I work on marine habitat restoration through the use of artificial reefs. Artificial reefs play a multi-functional role – and the design of a reef often reflects the role they are intended to play. They act as a foraging and breeding ground for native fish species, providing a conducive surface for the growth of benthic invertebrates and marine algae. These sites also function as ideal zones for the enhancement of small-scale fisheries, as they typically accumulate a large biomass of marine fish. Additionally, they function as dive sites – not only acting as a resource for small businesses, but providing some respite to natural reefs in the region from large groups of divers and snorkelers.

One prominent academic debate on the efficacy of artificial reefs is whether they increase the density of native marine species or simply aggregate existing fish populations, leaving them vulnerable to further exploitation. In other words, are artificial reefs producers of fish or simply aggregators? The answer to this much-debated question is not simple or straightforward. The efficacy of a reef to add to marine biomass depends on a variety of factors. The location of reef deployment, materials used for reef construction and its design influence its ability to function as a breeding site. The site for the establishment of an artificial reef needs to be selected based on some key factors. 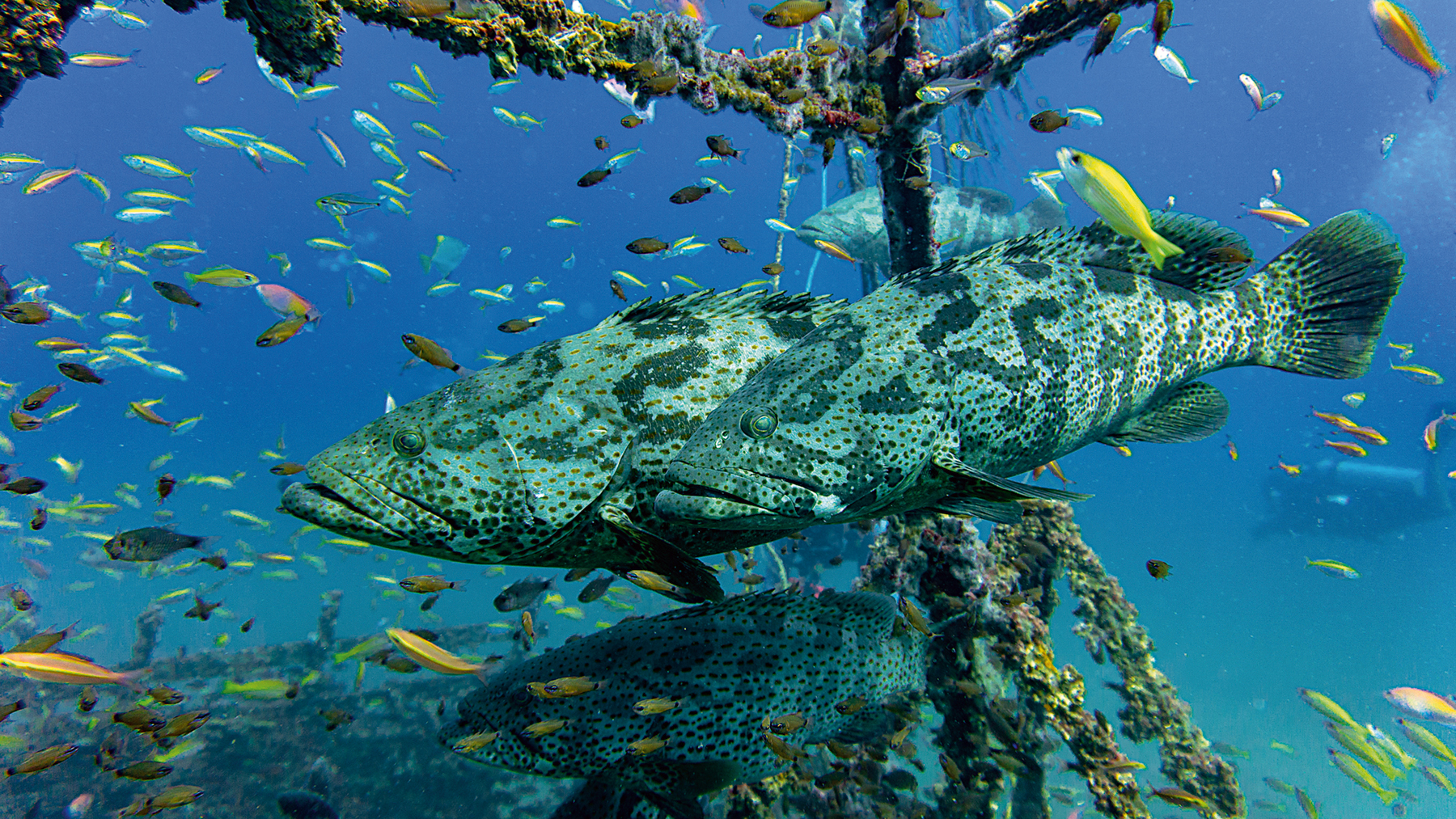 Schools of groupers (heavy-bodied, large-mouthed Serranidae fish) have been observed to frequent an artificial reef installed in Pondicherry. Photo:Pushpak K.V.S.

How do Artificial Reefs Work?

The existing biodiversity at the site, proximity to natural ecosystems, overlap with traditional fishing grounds, and the willingness of those fishing communities to participate in the effort all need to be taken into account. Materials like iron or steel quickly recruit invertebrates upon their surfaces, but also quickly degrade in saltwater, leading to rapid ecological colonisation of the area but an ultimately short-lived artificial reef. Concrete is known to be an excellent material – easily available, heavy enough to resist fishing action, and chemically inert. An innovative reef design would mimic natural benthic topography, and accommodate crevices and grooves to provide a safe haven for reef fish. For the first few months, a reef typically acts as an aggregator of fish, which are capable of actively selecting their habitats. Over time, the surfaces would act as a substrate for the growth of algae invertebrates like coral, barnacles, sponges and tunicates. Of course, ecosystems are dynamic in nature, and the kinds of fish and invertebrates in these young reefs are likely to change a few years after deployment before stabilising. It takes years of monitoring to learn more about how these ecosystem dynamics function.

Selecting a site, and designing, deploying and monitoring a reef are the relatively easier activities in the monumental task of habitat restoration. Managing the reef as a resource is an instrumental aspect of restoration. This leads to an intriguing question – who can lay claim to an artificial or restored reef? While I earlier believed that I could lay claim to it, as a conservationist, this is far from the truth (and in all honesty, utter nonsense). While many subscribe to the notion of declaring artificial reefs as “no-fishing zones”, this further strips away rights from local fish workers, and sows the seeds of conflict. Working alongside native fishing communities, on an equal footing, is essential to ensure long-term sustainability. This is not an endeavour that most conservationists can claim to have perfected, but are learning in baby steps.

Restoring marine habitats seems exciting on screen. And for the most part, the work is extremely rewarding. But we are still miles from the finish line, which we can only reach with effort from generations of conservationists and fishermen yet to come.

Suneha Jagannathan is an independent marine biologist, with a focus on marine habitat restoration, ocean-based education and citizen science, she also works with tourism companies to incorporate conservation ethos in adventure sport education.