In The Face Of Sixth Mass Extinction

Man first arrived on the scene a mere 200,000 or 0.2 million years ago. Up until then, in the Earth's 4.5 billion history, millions and billions of species have come and gone. And, so far none of them have been the reason for any other species disappearance from the face of the earth, except, Homo sapiens. We have now already spurred on an apocalypse of an event known as mass extinction. We are in fact witnessing the early days of a sixth mass extinction. Sixth of its kind in the past 500 million years, the famed one being Cretacious-Tertiary mass extinction that wiped out dinosaurs amongst other species 65 million years ago, in a blink of an eye, geologically speaking.

What exactly is mass extinction? It is when about 70 to 100 per cent of the species are wiped out due to a sudden and uncontrollable event or series of events. Extinction in itself is a mandatory phenomenon of nature. Though it means losing species never to get them back, they are important as they pave the way of newer forms to emerge. That is how it has been and this system, though on the face of it may seem random and haphazard, is quite a perfect, flexible, resilient system. The ecological niches made available by the species which have passed on are then filled by newer ones. In fact, about 95-96 per cent of the total species ever to have lived here have become extinct in the course of billions of years of evolution, mutations, natural selection and other natural events such as mass extinctions. 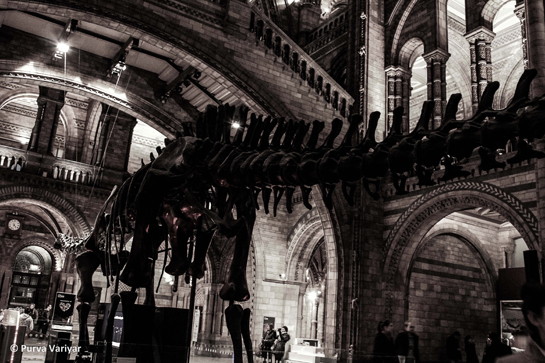 Normally, extinctions take place at a background rate of about up to five species per year. There are various reasons that can push any species over the brink of extinction. But, very few things, of cataclysmic proportions can result in a mass extinction. But, today, what with indiscriminate habitat destruction, killing of animals for meat, body parts or for the perverse pleasure of trophy hunting, introduction of non-endemic species and the biggest threat of all, climate change, over a dozen species are going extinct every day. That's thousands of times the background extinction rate. Here, we are that cataclysmic reason.

The previous five mass extinctions were the result of planetary transformations caused by events like volcanic eruptions, asteroid strikes, natural climatic changes, but this time, it is different and the prospects are scary. It is a destructive, and apparently intelligent species at work. In only the past 500 years, (keep in mind, on a geological time scale, it is a very, very small period of time), over a thousand species have become extinct because of us. Magnificent species such as the woodland bison, Passenger Pigeon, the dodo to name a few have disappeared. The reasons for the extinction of each one of those 1,000 species can be traced back to human activities. This era has been dubbed as the era of 'Anthropocene defaunation' (Anthropocene meaning the age of man).

With human population having drastically doubled in the past 40 years, we have lost over 50 per cent of our wildlife in that short span of time. 75,000 km. of our planets tree cover is lost annually to habitat destruction. It is equivalent of losing a country the size of Panama every year. You get the gist. And it does not take all this heavy duty destructive activities on our part to make a species to go extinct. Sometime all it takes is building a road through a forest. Fragmentation thus caused is enough.

Over 30 per cent of the vertebrate species across the globe are threatened or endangered. Larger animals such as the elephants, polar bears, rhinoceroses are most affected and more visibly noticed as they multiply at slower rates, produce fewer progeny and need larger viable spaces to sustain. Not to mention, their size makes them lucrative and easy targets for humans.

Invertebrate species too have borne the brunt. A variety of little-known beetles, spiders and butterflies are being lost even before they have been studied by scientists. Amphibians have taken the worst hit with almost 40 per cent of them being threatened. The figures only keep rising.  Unless we strongly resolve to do something about it, the animal kingdom will soon become be empty with only a very few residents left to give us company on the planet.

What we fail to understand is that, when a species goes extinct, it is not just about those animals not being present on the planet, it is about the ecosystem that gets gravely disrupted. These effects then trickle down and what starts is the domino effect that we are now witnessing. Every link of the ecosystem that is damaged snowballs into disastrous manifestations. This is clearly the beginning of a mass extinction. And all this means only one thing; that it threatens our very own survival. When will we come to understand this simple fact? It is time to press the panic button. If we keep antagonising Nature the way we have been, we do so at our own peril. Nature has seen and bounced back from apocalypses of much larger magnitudes, and this man-made inferno will be just one them. We too could vanish without a trace. It is we who should be scared and sorry.

Purva Variyar is a conservationist, writer, and editor. Her true passion lies in science communication. She currently works with the Wildlife Conservation Trust. Purva has previously worked as a Senior Editor and Science Communicator with Sanctuary Asia magazine. She has also worked on human-snake conflict mitigation and radio-telemetry of Russell’s vipers under The Gerry Martin Project.