Sanctuary’s editorial team is always on the lookout for inspiring books on natural history, conservation, wildlife science, and environmental fiction and non-fiction to share with our readers. Here are some of our recent favourites for our younger audience. 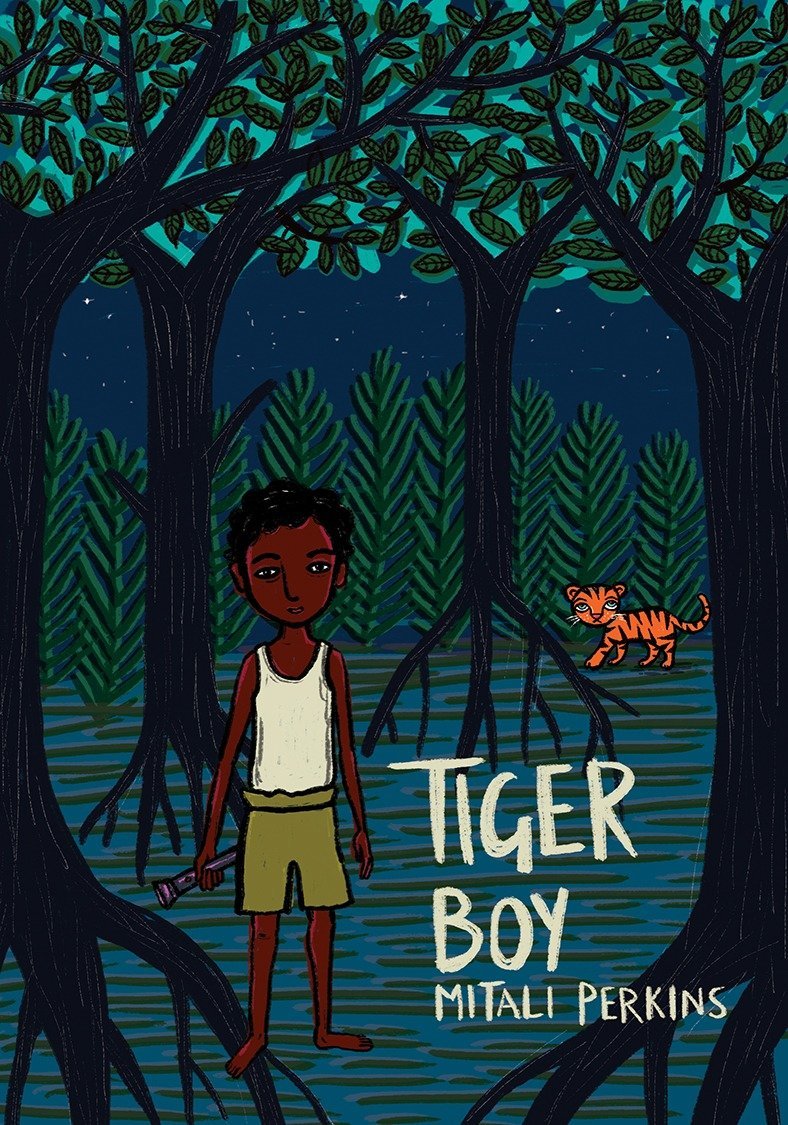 Tiger Boy follows Neel, a poor, young island boy living on the fringes of the Sundarbans (the largest mangrove forest in the world), as he tries to save it. Brought up to believe that preserving nature only benefits humankind, Neel sets out on a mission to find and bring back a tiger cub to her mother before wildlife traders get to her. All this while struggling with schoolwork and his anxious father! Mitali Perkins has set the tone for younger middle school readers, and seamlessly unwinds a story of a little boy’s journey not only to protect the tigers and wilderness he loves but also his family. As the plot twists unfold, readers will find in Neel a friend who is relatable, despite the world of differences that may be. Neel’s heart-touching story reminds readers of what must matter to us the most in good times and bad: love. 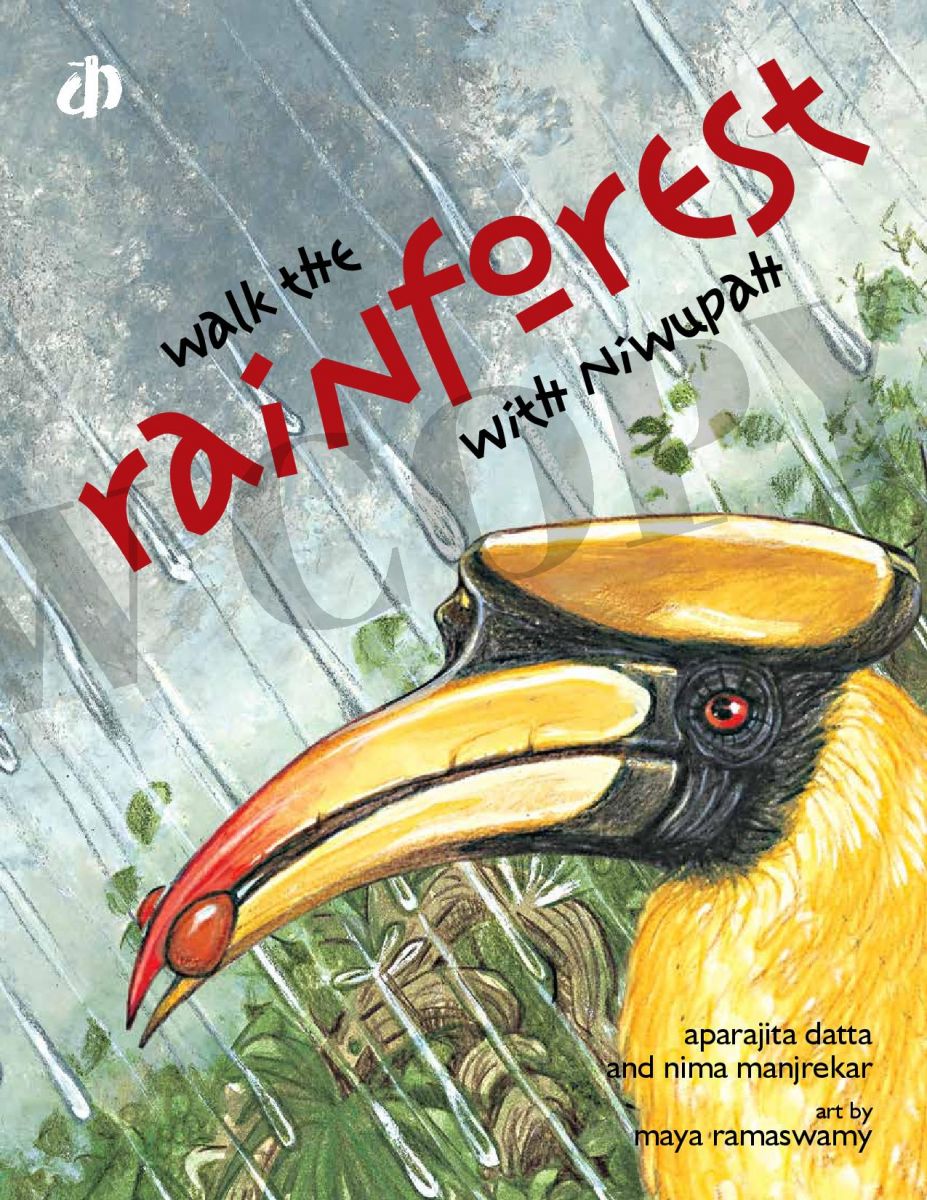 Walk the Rainforest with Niwupah by Aparajita Datta and Nima Manjrekar

Have you ever wanted to go on a trip to a rainforest – walk under a large green umbrella of trees of various shapes and sizes, watch colourful birds fly from one tree to another, singing along the way, smell the fresh scent of rain-kissed earth and blooming colourful fl owers? Now you can! Niwupah, the hornbill, is taking us on a tour of his rainforest home, sharing the many secrets of his neighbours. He glides above the trees, introducing us to his fellow hornbills who live in small hollows in tree trunks, and camp on the tree tops, and then he walks us through the forest floor, where dung beetles and fungi thrive. He shows us how the forest inhabitants help each other grow, all connected by the web of life. The trees are the forest’s kitchen, making yummy food for all, while the fungi help clean the forest floor, munching on dead leaves and plants. The insects and birds are the distributors, eating fruits and spreading seeds for new plants to grow. It’s a magical world out in the rainforests. Flip through this book and enjoy the colourful illustrations of these unique trees and animals. Bonus: There’s a colourful map of all the rainforests of the world too! 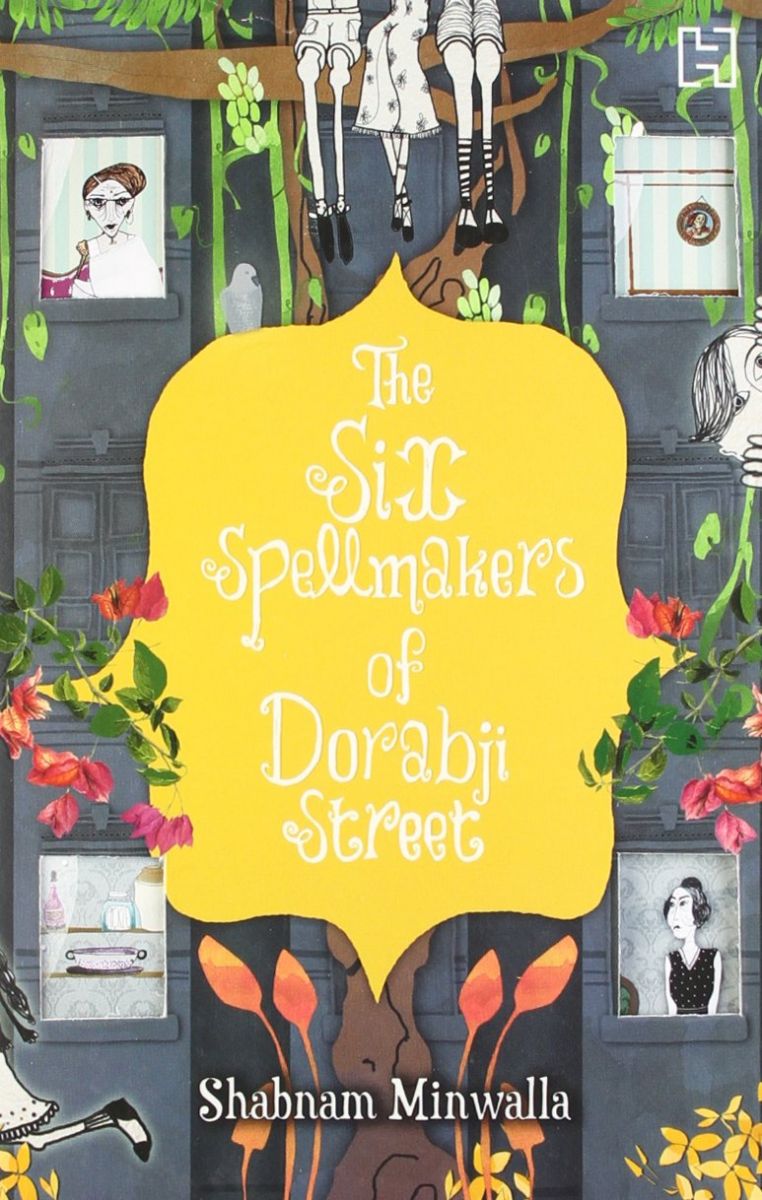 The Six Spellmakers of Dorabji Street by Shabnam Minwalla

Nivi Mallik is a child like any other; happy-go-lucky, dreamy, rebellious and adventurous. When her family moves into a gloomy society, her bubble is burst. Now there are strict, absurd rules to follow, seemingly senseless obligations to attend to and the demeanour expected of her is unnatural. Cosy Castle, as her building is named, is anything but cosy. Nivi soon forms a close friendship under the resident bimbi trees but is soon threatened by the “dragon” and “crone” – the two furious women who are out to destroy the trees. Determined to protect their refuge, Nivi and her friends decide to take matters into their own hands. Will they succeed in saving their beloved trees? Relatable and exciting, this book is sure to pull at your heartstrings, leaving you on the edge of your seat till the end, rooting for the trees, the lovable Nivi and her quirky friends. 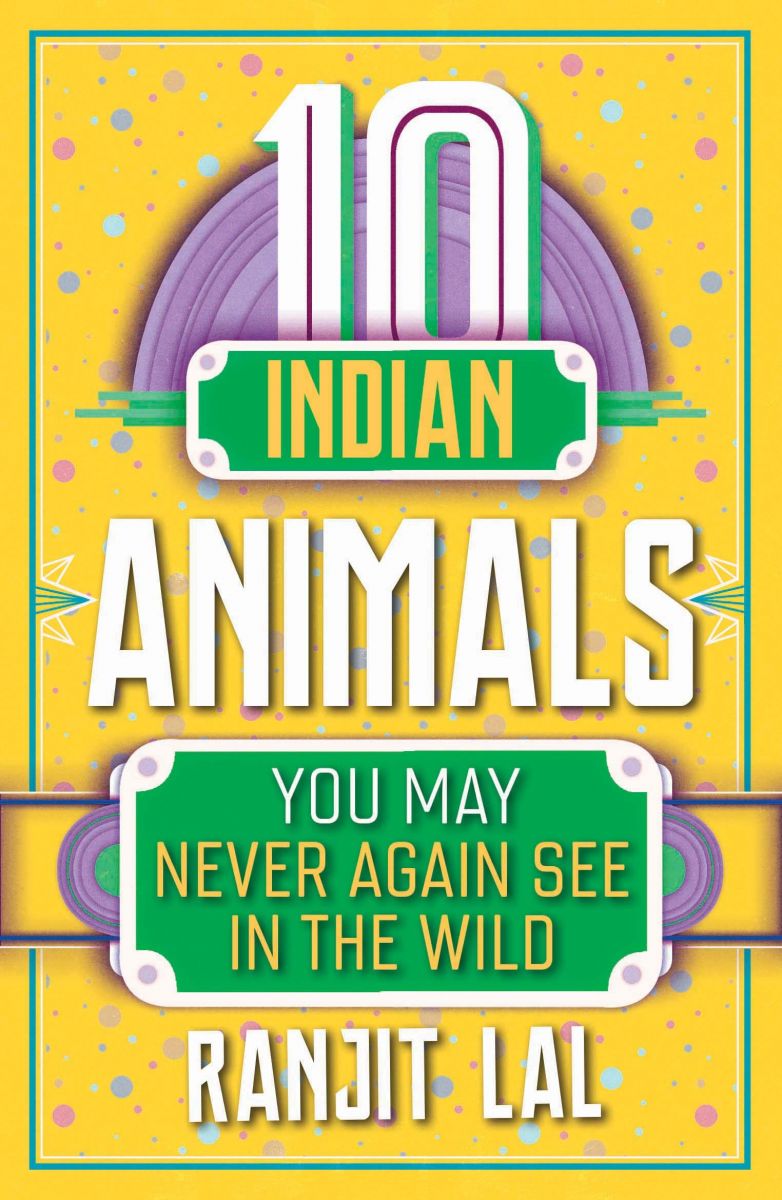 Featuring the Asiatic lion, Great Indian Bustard, blackbuck, vulture, rhino, hoolock gibbon, Forest Owlet, gharial, lion-tailed macaque, and river dolphin, 10 Indian Animals You May Never Again See in the Wild is a clarion call, a reminder that extinction is knocking at our collective doorstep and time, like our water supply, is running out. Yet, this isn’t a bleak book – written in Ranjit Lal’s characteristic, witty and informative style, it introduces you to facts, myths, and anecdotes from the author’s many travels. Lal weaves together stories and the threats that these species face, urging the reader to become a more concerned citizen. As Lal writes, “The saddest thing is that these 10 animals seem to be the proverbial tip of the iceberg. When I started making a list, I found I had more than 20 contenders coming right off the top of my head in less than a minute – and there are sure to be many, many more.” 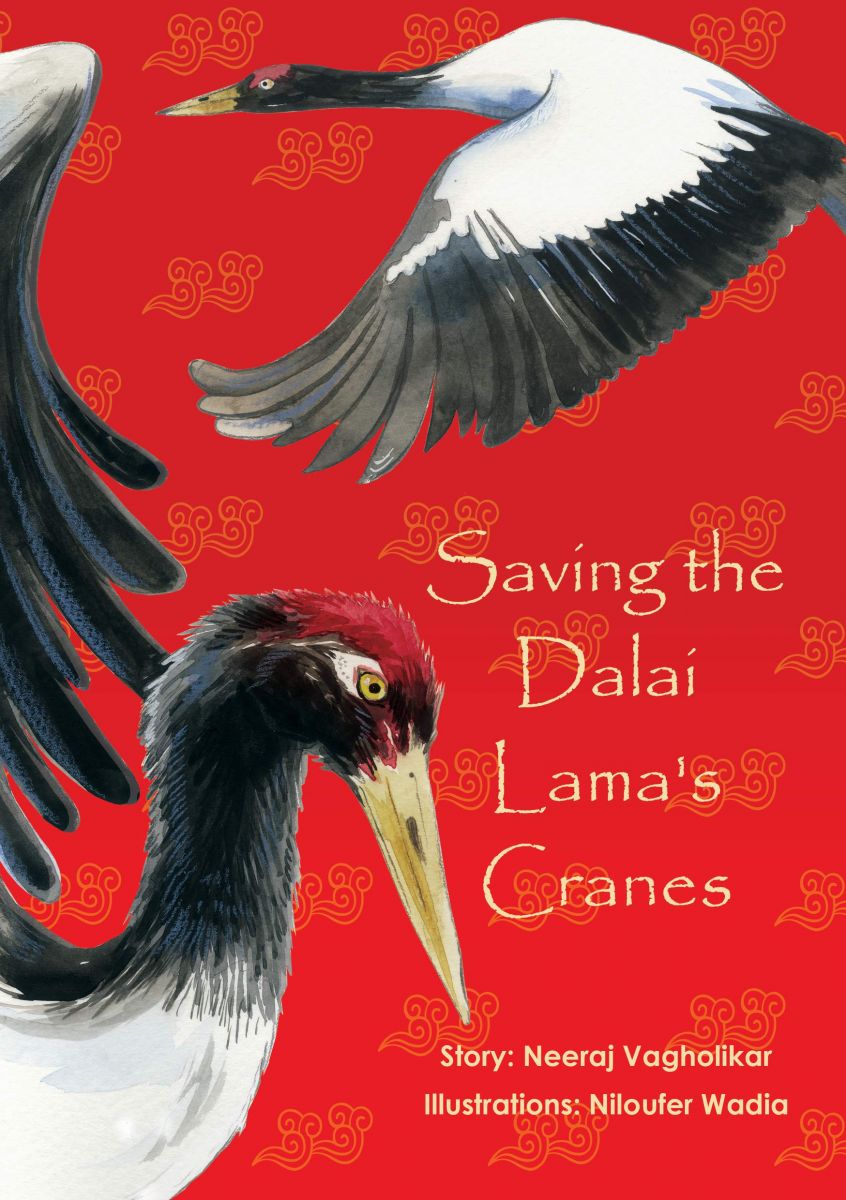 When Tenzin learns of a dam that is going to be built on the Nyamjang Chuu river in his home state of Arunachal Pradesh, he knows he must act. After all this river's sandy banks are one of the only two wintering grounds of the endangered Black-necked Cranes in India. The Black-necked Cranes are more than birds for the Monpa community; they are the embodiment of the sixth Dalai Lama, the leader of the Tibetans in the 17th century and their arrival in winter each year is considered auspicious. Tenzin along with two of his brave friends Pema and Tara set out to save this pristine habitat with the help of the monks and the Abbot of a monastery in the Pangchen Valley. Join Tenzin, Pema and Tara on this exciting and noble mission by reading about their journey.

Get it on Amazon. 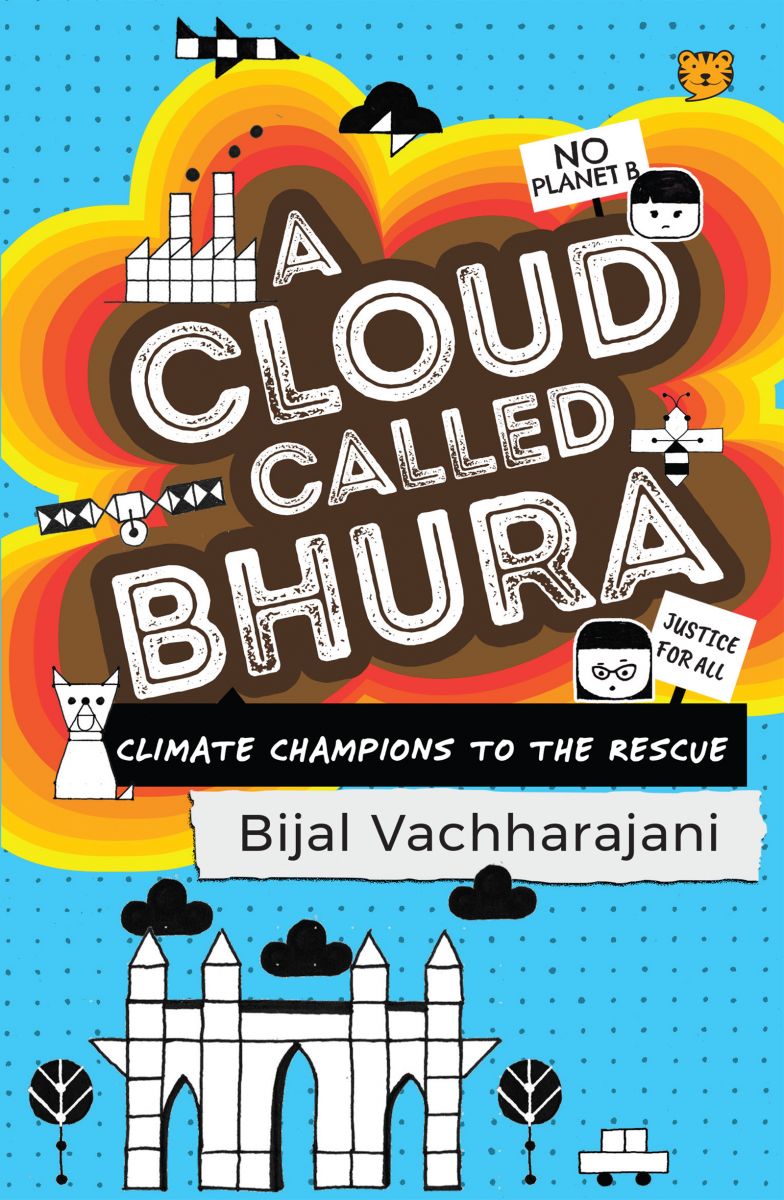 Amni wakes up one day to see Mumbai in turmoil. A colossal, unnatural cloud is looming over the entire city. It spews noxious gases and acidic rain that have driven away all the birds and harm every living thing they touch. Characters that determine the future of the city’s health include a pair of scientist twins who are passionately dedicated to eradicate Bhura Cloudus, as it has been named; a powerful politician whose intent is unclear, and Amni’s friends, who strive to investigate the events unfolding in their beloved city. In A Cloud Called Bhura, Bijal Vachharajani has crafted a brilliant tale of the future in an era of climate change. Though a work of fiction, it hits close to home! 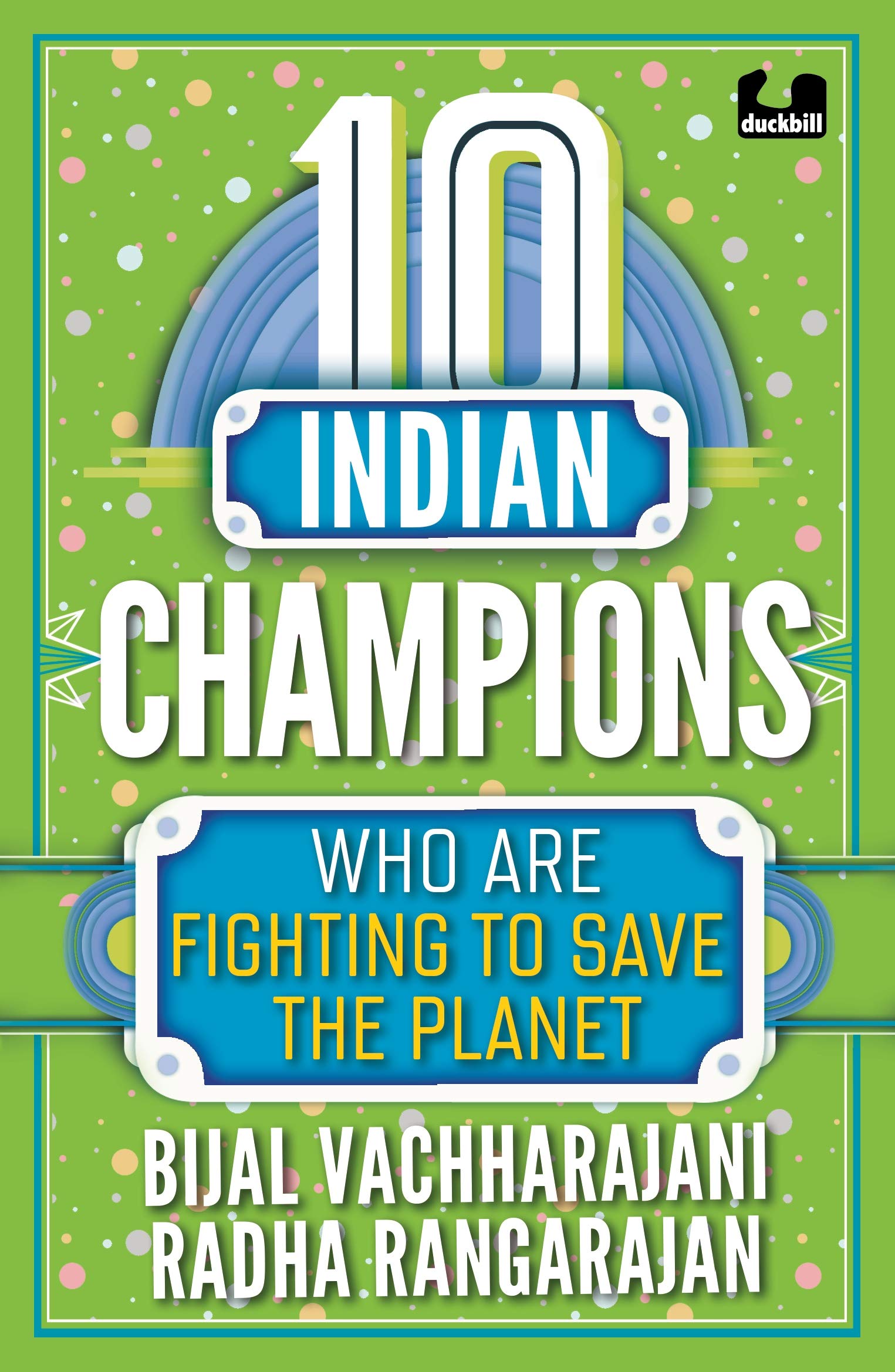 “The word ‘champion’ may make you think of someone crossing the finishing line in a race or of Freddie Mercury in a white vest crooning ‘We are the Champions’. But apart from being victorious, a champion is also a person who vigorously supports or defends another, or a cause.” The authors’ words ring truer than ever, especially during this ‘Anthropocene’, the era of a climate crisis that has been induced by
humans and our destructive activities. Bijal and Radha highlight 10 Indians who offer humanity a glimmer of hope; these brave individuals have been campaigning to secure the future of the planet – some for decades – through their different areas of work, be it snake conservation, environmental journalism or ecology research. They all have one goal in mind, a dream you and I both share as well; a healthy, habitable planet!

Get it on Amazon.

If you'd like to make a book recommendation, please write to us at editorial@sanctuaryasia.com.