Salman Khan was arrested on October 12, 1998, at Jodhpur, Rajasthan. The charges against him framed under the Wildlife (Protection) Act, 1972, including the hunting and killing of three endangered animals (two blackbucks and a chinkara) on the night of September 27-28, 1998. 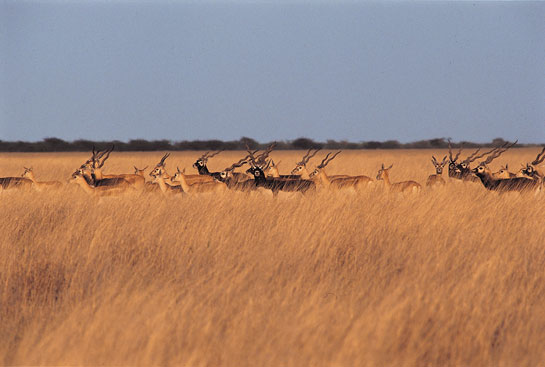 According to the authorities, film actresses Tabu, Sonali Bendre and Neelam and actor Saif Ali Khan were part of the shikar group, which was assisted by as many as five locals. There are three cases against Salman Khan. Two cases were lodged by the police and one by the Department of Forests. If Salman is convicted he could go to jail for six years.  This is not the first time that the actor has been implicated in a poaching incident. On November 20, 1998, Dharmendrasinh Chavda, writing for the Indian Express, New Delhi, suggested that the Gujarat State Forest Department wanted to interrogate both Salman Khan and Aishwarya Rai for their alleged involvement in a shooting incident in the East Division, Kutchh, where two chinkaras had been poached. No evidence has yet been unearthed about this little-known incident, but S.C. Shrivastav confirmed that letters had been written to the two on November 13, 1998, asking them to appear before the Forest Department.

It is very easy to kill blackbucks and chinkaras. Killing them can be likened to shooting ducks in a gallery.  So much for the macho ‘sport of shikar that Salman Khan and Saif Ali Khan stand accused of having indulged in, ostensibly to impress the triumvirate of actresses, Tabu, Neelam and Sonali Bendre.

According to information sent to Sanctuary by the Wildlife Protection Society of India and Tiger Watch, the Gypsy used by Salman Khan and his friends to hunt blackbuck has not yet been released by the court.  The owner of the vehicle, Arun Yadav, claims he is being put into financial hardship because it has been confiscated. However, Section 39 (d) of the Wildlife (Protection) Act 1972 clearly lays down that vehicles, firearms, and other such equipment used for committing an offense become government property and cannot be released. Salman Khan's gun and camera have been similarly impounded. It would appear that forensic and ballistic reports have recently been received by the authorities that support the prosecution. The noose is thus tightening slowly but surely around the necks of the alleged poachers. Our justice system is far from perfect and there is still a lot of ground to cover before a verdict can be reached. For instance, gun license details from Bombay and other information specifically linking the crime to the accused is awaited. Once all this data is in and the charge sheet is effectively filed, Salman Khan and his cronies will start to discover just how high a price they may be asked to pay for their moment of foolish pleasure. And if wildlife keeps the issue alive in public memory, making it impossible for money power to paper over the crime, other would-be poachers might be dissuaded from risking similar escapades.

What actually transpired in Jodhpur was a routine affair.  Animals are being killed in and around almost every Indian sanctuary, national park, or protected area by urban cowboys who refuse to grow up, or local toughs who rely on political patronage to get away with their bloodlust. Unfortunately, state forest departments are ill-equipped and all-too-often hopelessly demotivated… because the politicians of the day refuse to uphold environmental and wildlife laws. Thus, even when conscientious officers or forest guards do their duty, they are likely to find the powers that be supporting the criminals rather than the upholders of the law. In this instance, the Bishnoi community almost managed to take matters into their own hands.  Their faith in the courts is not particularly high: “We don't believe in going to courts in such matters. Our action is direct and instant," Mohan Ram, one of the villagers who chased the stars vehicle on the night of the shooting, told The Pioneer newspaper. “If we had laid our hands on Salman Khan that night, he would not have been in any condition to work in films," he said.

Money and fame are a bad combination. Sanctuary readers will also recall the recent incident in Kashmir, involving the Nawab of Pataudi and his wife Sharmila Tagore. When journalists tried to find out details about their duck shoot in the Hokarsar Sanctuary from the J&K Wildlife Department, there was genuine panic all around. The staff and officers believed they would be victimized since Chief Minister Farooq Abdullah himself was involved. The infamous Thackeray poaching case in Borivali was also quietly buried as was the case involving Thapar family members in Corbett. Earlier this year in April, a watchman employed by the Tamil filmstar Gemini Ganesh was reported to have been arrested for poaching a gaur on the Kodaikanal golf course!  When a search was conducted in his house the Forest Department discovered a cartridge making machine, which the man confessed was used to supply ammunition to a number of Kodai VIPs who regularly poached animals. Instead of rewarding or commending the officers responsible for the arrest, intense political pressure was brought to bear on the DFO Mr. Ramachandran against whom absurd accusations were leveled. Well-connected people seem to get away with a lot in India.

In such circumstances, it stands to reason that apparently unthinking and hopelessly insecure filmstars believe they are above the law. The fact is that hunting is illegal today. And there is no glory at all in killing waterfowl in the few remaining wetlands, or blackbuck that is so friendly they virtually live with humans.

Clearly, there is something drastically wrong with both our wildlife laws and their enforcement. The Tiger Crisis Cell failed to convince the government that the poaching of Schedule I animals should become a non-bailable offense under the Wildlife (Protection) Act. As a result, people like Salman Khan continue to get bail easily and many who actually trade in wildlife products are able to continue their nefarious activities even after being caught red-handed. 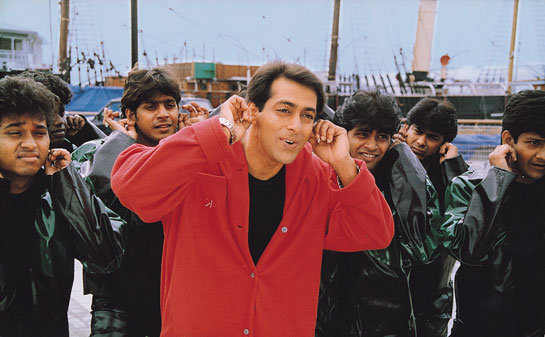 None of this is unknown to the Ministry of Environment and Forests (MoEF). In 1994 the MoEF published a report of a special committee set up for the prevention of illegal trade in wildlife and wildlife products. The Committee was chaired by Dr. S. Subramanian, the former Director-General of the Central Reserve Police Force and the National Security Guards.  The Subramanian Committee made as many as 56 excellent recommendations… not one has thus far been implemented by the MoEF.  Had these been implemented, anti-social elements like some film stars would probably think twice before attempting to kill endangered animals. As much as the poachers and high profile playboys (and playgirls) who flout wildlife laws, blame must also be laid at the doorstep of the bureaucrats of the MoEF who have been given the mandate to protect our wilderness but have neither the heart nor the purpose to do so.

Interestingly, even Salman Khans fans believe he should go to jail for his crime if found guilty.  An opinion poll conducted by Channel Bollywood on the Internet

We at Sanctuary believe that justice must be done. If guilty, no leniency should be shown as this would merely encourage would-be poachers. At the very least, the Salman Khan factor should be made to work for wildlife protection.

Wildlife (Protection) Act 1972,  Section 51, Sub-section 1, para two: Provided that where the offense committed in relation to any wild animal specified in Schedule I or Part II, of Schedule II, or where the offense relates to hunting or entering the boundaries of a sanctuary or a national park, such offense shall be punishable with imprisonment for a term which shall not be less than one year but may extend to six years.