Love In The Anthropocene

Text and Photographs by Neelima Vallangi

The first time I truly understood the healing power of Nature was over a decade ago when I was passed up for an undeserved promotion in a profession that wasn’t suited to my sensibilities. I felt hurt and humiliated but as luck would have it, the next week I was lying on my back in an alpine grassland with a bunch of strangers, mesmerised by the alpenglow on the snow-covered trident of the mighty Mt. Trishul. In that moment of searing clarity, I realised I was fretting over the wrong things in life. Since that evening in the high Himalaya, I have changed careers multiple times to find work that aligns with my values, travelled widely in pursuit of the sublime and spent more time communing with nature than I had ever dreamt of. I have happily and hopelessly fallen in love with the world. But there’s a dark side to caring this deeply, the hurt that comes with the realisation that the world as I know it is also broken and disappearing.

After a long stint as a disgruntled software engineer, I found my deliverance as a travel writer and photographer. I was thrilled to share my love for the Western Ghats with the rest of the world, openly fawn over the many wonders of the Himalaya, be privy to the secrets of the Central Indian jungles, be left gobsmacked by the still unchartered biodiversity of the Northeast, and get paid for it all. “I’ve made it,” I thought several times as I lay awake at night, in awe of the life I had built for myself. As someone who was not particularly into travelling to national parks and on safaris seeking wildlife sightings, I was often surprised by how closely the simple pursuit of adventure intertwined with inadvertent encounters with biodiversity. With every first encounter of something wondrous, such as the time I saw a snow leopard, a rare blue poppy, a hoolock gibbon, a tiger, a Great Indian Bustard, bioluminescent fungi, or an Asian Paradise Flycatcher, I was slowly pulled further and further into the ambit of conservation, unbeknownst to me. And the contentment I derived from following a dreamlike opportunity to explore the world was slowly eroded by the knowledge of what we were doing to the world.

“Am I really living the dream?” I started to wonder, but life went on.

It was the summer of 2019 that finally did me in. That was the year I fully became aware of the climate crisis in earnest. The Himalayan slopes where I made some of my finest memories were melting. The unique Indian monsoon I spent years chasing across the country was becoming more erratic and catastrophically dangerous. The oceans I was eager to explore were getting so hot they were pushing marine species away from the equatorial region and bleaching corals irreversibly. Ethereal forests where I found unimaginable solace under giant trees were getting burnt to a crisp. I was deep in the grasp of something they call ecological grief or climate anxiety. The future I had envisioned for myself wasn’t a certainty anymore and I didn’t know what to do with that disconcerting feeling. 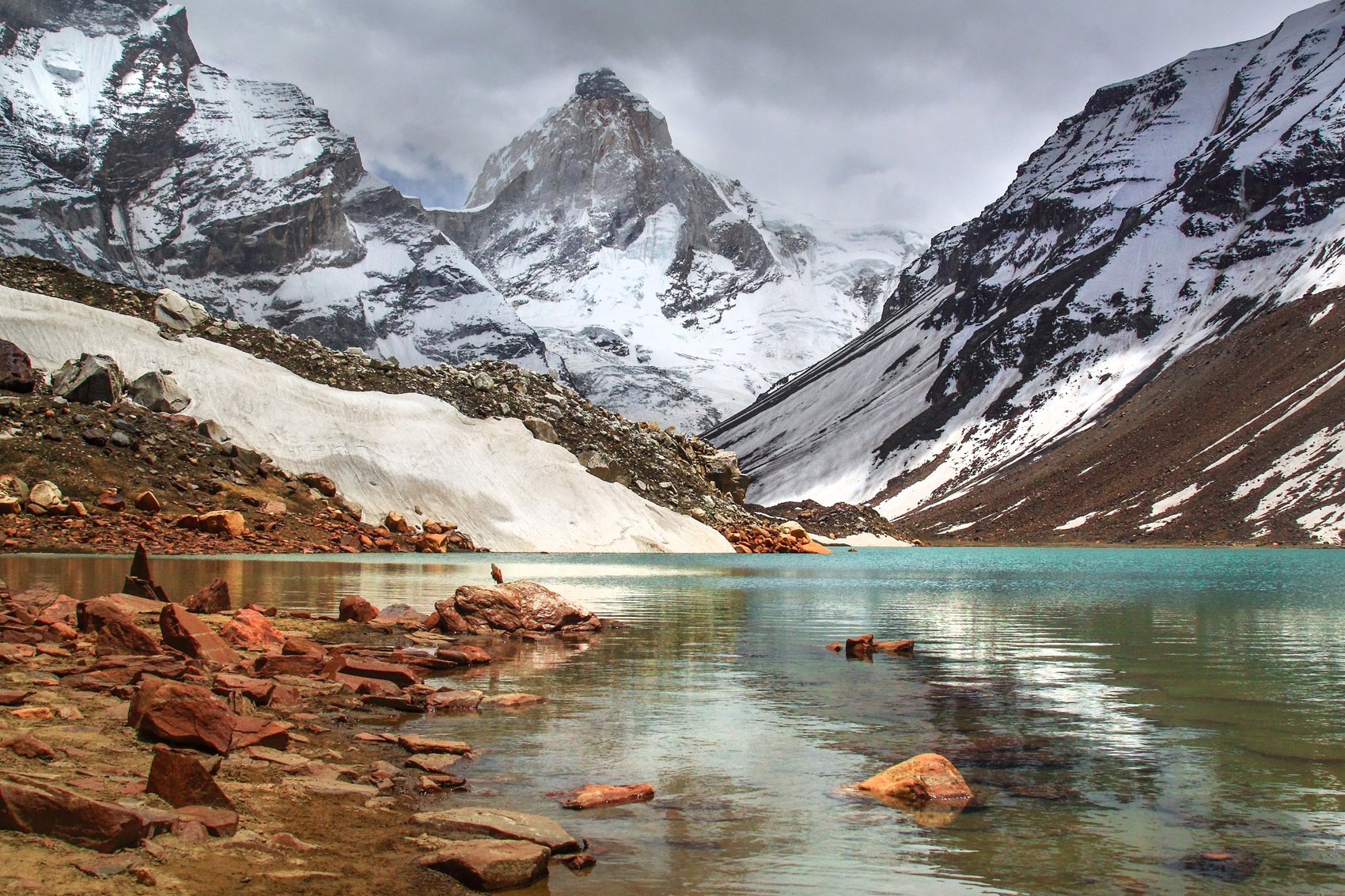 A high-altitude mountain pass that lies at 5,490 masl., Auden’s Col connects the Rudugaira and Bhilangna valleys in Uttarakhand. Such mountain ecosystems are particularly vulnerable to climate impacts.

A Climate of Uncertainty

Humans have thrived in a very narrow climate niche, a period of certainty where we could plan for the future because we could be fairly certain of our environment and what each season brought without fail. We evolved
into a thriving civilisation and developed our societies with a certain vision and expectation of future conditions. I realised that not only are we losing that future but we are also losing the one thing that taught me the meaning of a life well lived – the beautiful, wondrous, bountiful natural world!

While this conflict may not be new to those already working in conservation and academia, it is an entirely new feeling among people like me whose introduction to the natural world was through carefree travels and thrilling adventures. It’s the feeling of having the rug pulled out from under your feet just when your prospects seem brighter than ever. I bonded with so many strangers and made lifelong friendships over a shared love of the mountains, forests, hikes and travels.

I began to tell all those people that our world as we know it is disappearing. But would that help, I wondered? Am I simply getting more people depressed by sharing the news of the ongoing climate crisis and biodiversity collapse? Can hopeless and angry people help the climate movement? Or will we just collectively give up in the face of this impossible crisis? I had to find out the answer myself first. 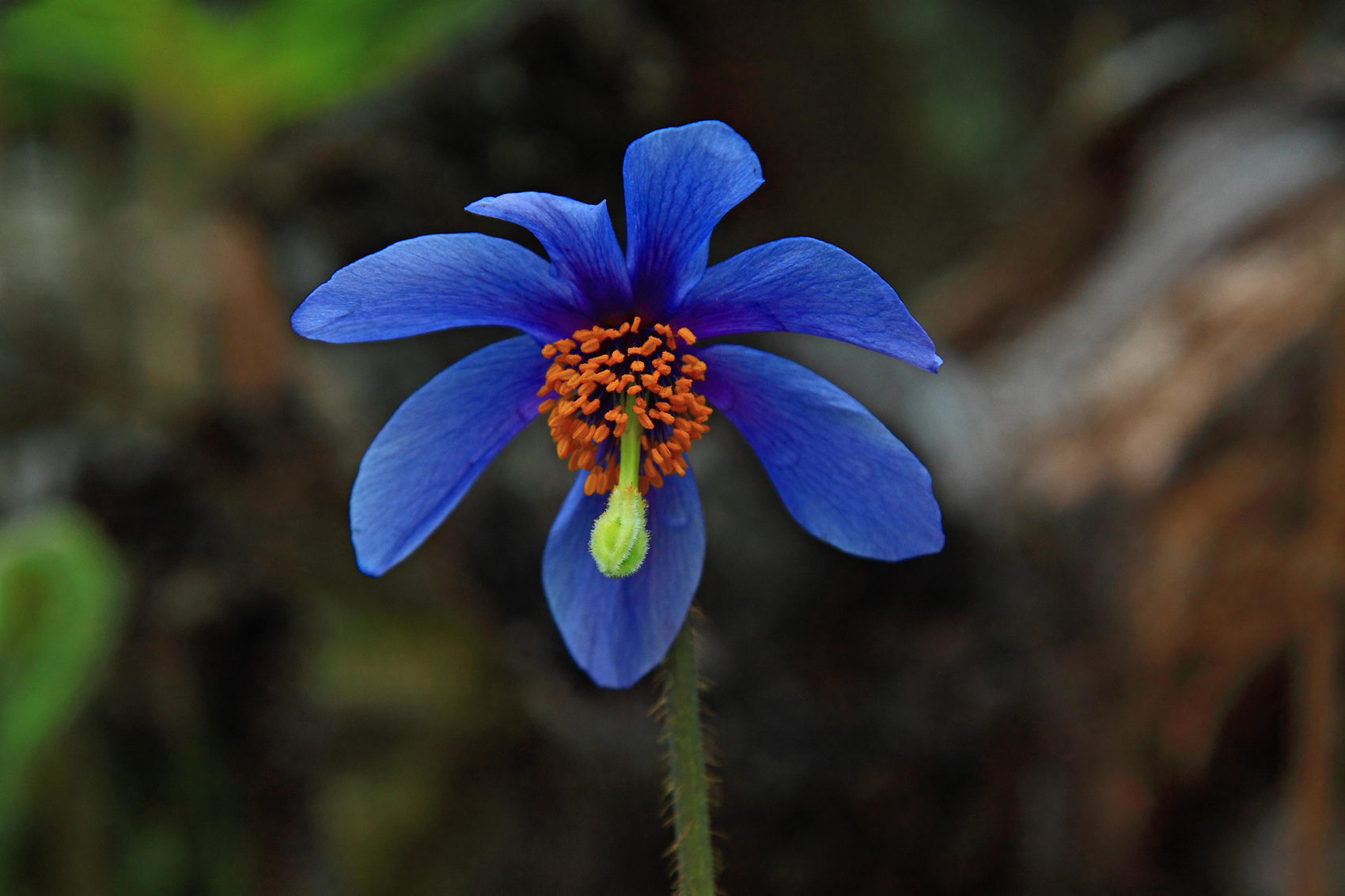 After months of contemplating and wallowing in dark, depressing thoughts, I found light at the end of the tunnel when I realised grief and anger can make us stronger if we allow it. If we let love and a community spirit be the guiding light, we can hold space for both sadness and hope. I’ve often wondered, what drives us to act to save something? It’s stories and love. Stories that connect us and love that inspires action. I’ve finally understood the meaning of that quote “the true meaning of life is to plant trees under whose shade you do not expect to sit”. Today I know we do not bring big change alone, but by simply doing our part. Most importantly, I have learnt to not give up hope in this heart-breaking process with no visible end in sight, once again by leaning into the healing power of nature when despair for the world grows in me. As Wendell Berry so eloquently put it –

I go and lie down where the wood drake rests in his beauty on the water, and the great heron feeds.

I come into the peace of wild things who do not tax their lives with forethought of grief.

Looking back today, that seminal encounter under the shadow of Mt. Trishul marked the beginning of a life of constant questioning and turning to the wilderness for answers, leading to not only plenty of contentment but also interminable heartbreak. Loving the natural world in the age of the Anthropocene has not been easy. Would I have it any other way though? Absolutely not.

Neelima Vallangi is a freelance writer and photographer from India, whose stories and images have appeared in reputed publications such as The Guardian, BBC, Smithsonian.com, Al Jazeera English and more. Deeply inspired by the time she spent in the lofty peaks of the Himalaya over a decade and witnessing the impacts of climate change in the mountains first hand, she’s now dedicatedly demystifying and communicating the climate crisis for various platforms and media.