Born into a family of Army personnel, Sonali Ghosh knew from an early age that she wished to be involved in forest and wildlife conservation. A topper of the Indian Forest Service batch of 2000-2003, she is armed with a slew of degrees including post-graduate degrees in forestry and wildlife science, a post-graduate diploma in Environmental Law from the National Law School of India, and another one in systems management. She has also won a doctorate in remote-sensing technology concerning habitat suitability for tigers in the Indo-Bhutan Manas landscape. Lakshmy Raman speaks with her about her career, motivation to make a difference from within the system and the role women can and do play in wildlife conservation.

Where did your love for wildlife spring from?

My army background and time spent outdoors subconsciously instilled a love for nature. The real initiation came during my MSc. days at the Wildlife Institute of India, where the rigorous field-based education and training left a long-lasting impression.

And your greatest influences?

There is no one single person but rather various teachers, colleagues and yet others I met during training periods at some of our countrys best institutions. Living and studying abroad, especially in the United Kingdom also shaped my thinking.

How did this turn into a career in science and conservation? Did you face any hurdles?

As they say, chance favours the trained mind. I was quick to appreciate the forests and wildlife of Assam, the state I was allotted after my selection in the forest service. Because of my university and academy training, I was already ‘toughened and the rough period in the initial years (as an Assistant Conservator of Forests, with limited facilities in remote areas) was compensated by postings in stunning forests such as Kaziranga. In a way, I was confident with what I was dealing with. The only hurdle I would say was a wrong personal decision that set me back by a period of three years as I became indecisive about the way I wanted my life to be.

You were first posted as an Assistant Conservator of Forests in the Assam State Zoo Division and Kaziranga National Park? What were your learnings?

Team work and institution building is important and the Kaziranga model is a benchmark for wildlife conservation in India. The forest frontline staff is  key to protection and management of Protected Areas, and a good management policy would be to invest in their capacity building and well-being. The Assam State Zoo is one of the ‘greenest zoos in the country with the second-highest footfall in the state (after Kaziranga). Zoos can be important centres for learning and wildlife conservation and must be solely managed for that purpose.

You were then moved to the Department of Finance (Taxation). Was this a waste of your experience and education?

I did feel lost and wasted when I was transferred to the Sales Tax department. On the positive front, I gained governance experience from one of the most efficient departments in the state.

Your two-year posting in the Social Forestry Division saw you in Kokrajhar. Is there hope for the golden langur There and what are its greatest threats?

As DFO Social Forestry, Kokrajhar, I managed a small wildlife sanctuary called Chakrashila that was designated in 1994 as a Protected Area in recognition of the community protection of golden langurs. The endemic primate has survived in a tribal-dominated area because of traditional and religious beliefs. The erosion of such traditional knowledge is a big threat and so are large-scale developments such as construction of highways. Since large tracts of forests are still available on the northern side (contiguous with Bhutan), golden langurs here are presently safe. There is, however, a need to regularly monitor the populations and take up a holistic project on their conservation and management status. 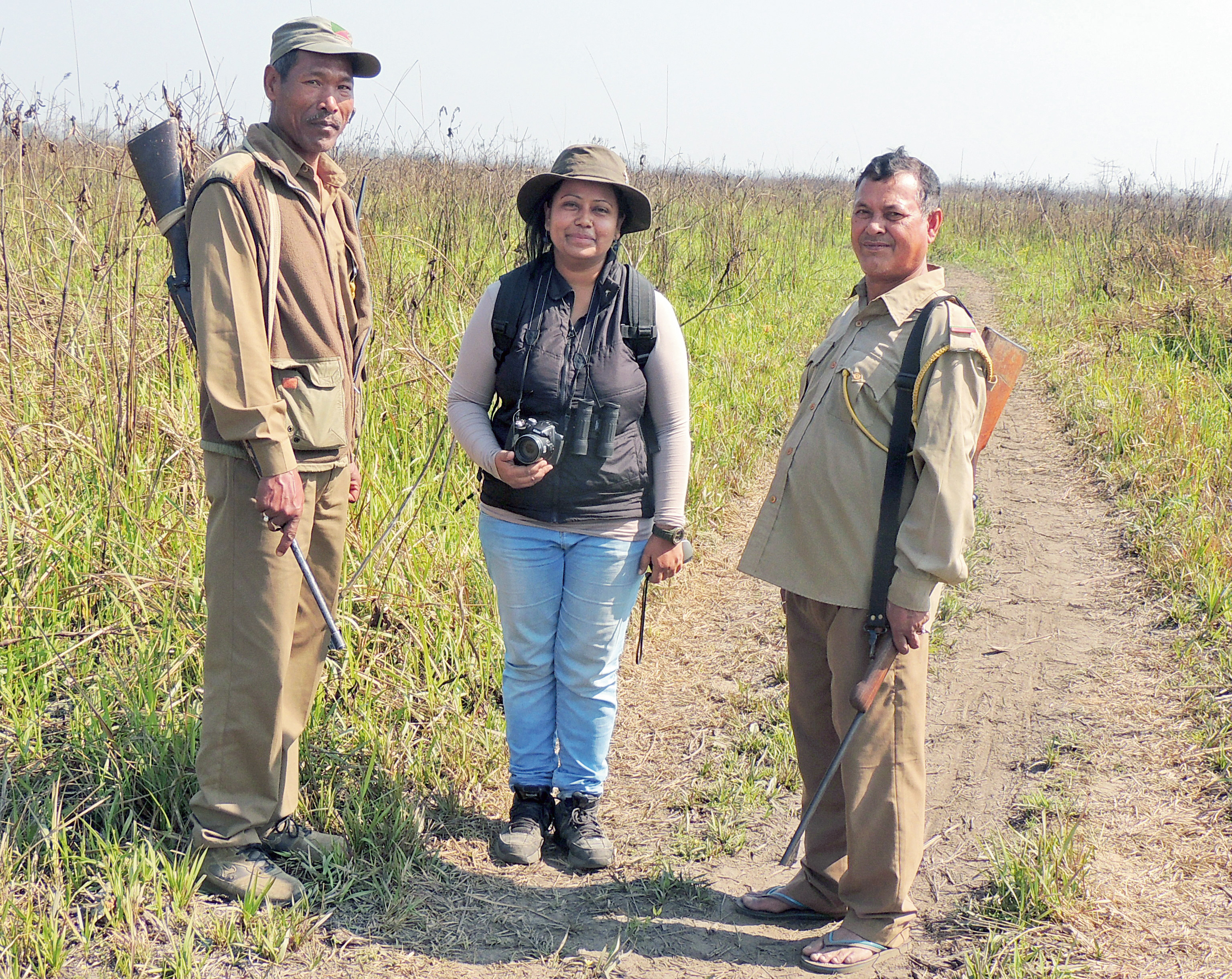 Manas was making a strong revival but a retinue of threats including poaching continue to affect this park. You also had a stint as the Conservator of Forests and as Deputy Director in Manas National Park. What does the future hold for Manas?

It has been about 10 years since the formal revival process for Manas was taken up by the local government. To achieve success in rhino reintroduction, revival of other species (tiger, swamp deer) and involvement of multiple stakeholders (communities for conservation, NGOs for scientific monitoring of species) is no mean feat. There are glitches in its armoury, but lets give it more time. The sheer strength of Manas is its large area and landscape that is able to act as a shock absorber for any unnatural event such as poaching. We need to secure its buffer areas and keep its boundaries intact.

You were involved in the first successful rehabilitation of captive-bred clouded leopard cubs in the wild. Do you think Indias captive breeding and release efforts are world class?

Indias captive breeding needs a complete revamp. I feel the main objective of zoos should be only of conservation education. Ex-situ breeding therefore needs a rethink on what we are trying to achieve. In the case of the clouded leopard, the biggest challenge was that nothing was known about rearing them in captivity. It was mostly trial and error, although this time we were lucky, as it was backed by wildlife science (availability of experienced animal keepers and vets). I think every wild animal that is rescued must be given a chance of rehabilitation in the wild. The veterinary wing of the Forest Department needs a complete revival with the right mix of equipment, technology, manpower and expertise to support rescue and rehabilitation cases. This should now be recognised as an integral part of wildlife management, and rules and protocols also need to be developed accordingly.

Would you call yourself a pragmatic wildlifer?

Lakshmy, if by pragmatic, you mean being a practical wildlifer/administrator, I would say yes. I have never stopped learning and I feel it is very important for every career person to undertake a higher education later in their life. The government encourages its employees to take study leave, however, one must opt for an education entirely out of passion and not merely to obtain a degree. I opted for wildlife postings in Assam because I knew that I could make a difference, even if it was small. Wildlife postings are generally not sought after because of the tough working conditions, so in a way I can say that I planned and worked my way towards being ‘practical and opting for those areas which I was comfortable with due to my prior education and experience.

Do you think the Wildlife Institute of India (WII) serves its purpose of creating a formidable force of scientists and field biologists?

Most certainly, from stalwarts such as Dr. A.J.T. Johnsingh, H. S. Panwar, the younger generations of ‘tiger researchers to the alumni of diploma and certificate trainees, one out of 10 conservationists in India would perhaps find a link to the WII.

Are most researchers disconnected with conservation on the ground?

It would be incorrect to say disconnected. They must surely arm themselves to better appreciate the multiple complexity of being a forest/PA manager. Researchers are usually specialists and focus on a target species or taxa, so they find it distressing if the forest manager is not paying attention to their area of interest. There is also a thin line between undertaking conservation research and advocacy that needs to be clearly spelt out and researchers must be educated and trained in defining this by their respective institutions. Finally, there is a need to make science more reachable to the general public, forest frontline staff and policy makers for greater acceptability. 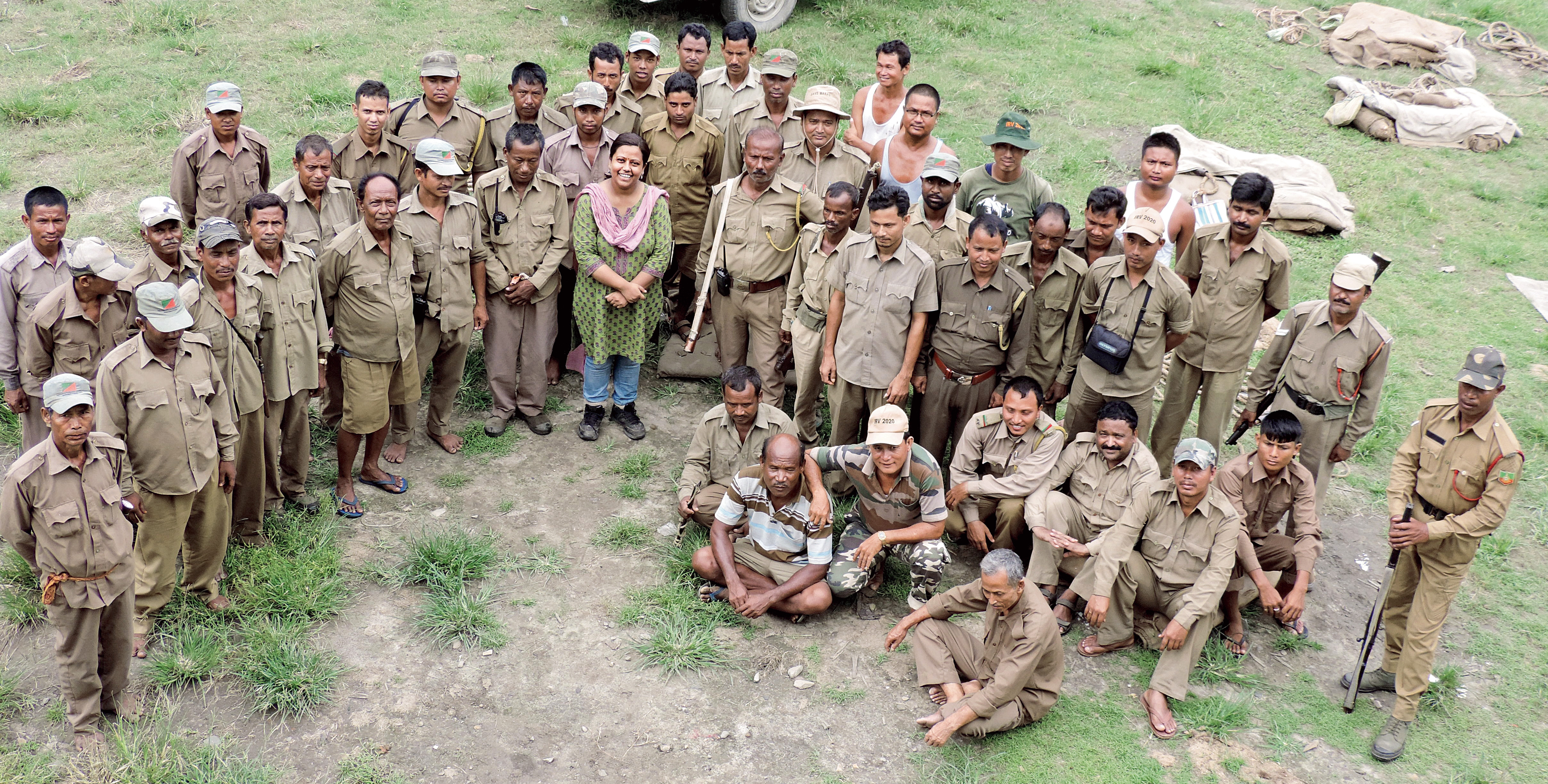 Given the current state of education in our country, do you think young women will be motivated to choose a career in forest and wildlife conservation? Are there enough options?

It has certainly improved with wider choices and a change in peoples lifestyle where children are exposed to holiday trips to parks and sanctuaries at an early age. However, most youth are likely to take this up as a hobby rather than a profession. The only motivation will be to improve the remunerations (as recently done with the UGC norms for JRFs and SRFs) and also popularising it as a subject at the high school and under graduate level. There could also be a special consideration for wildlife as a subject in competitive exams such as the Indian Forest Service.

Do you see yourself as part of the battle to protect Indias wildlife?

Certainly yes. I am proud to be in this field and am grateful for the opportunity I have been given to live and work from within the system.

Have you worked with other women officers in the Forest Department? What do you think are the greatest challenges for women?

When I joined the service (in 2000) there were less than 100 women IFS officers. They are surely in greater number now. The biggest challenge in the initial years is the compromise one must make to balance work and family, especially being a mother and tending to kids. Although, with the right facilities (medical and school), I think the forest is the best place to raise a child. Forest frontline staff (especially the Ranger and Deputy Ranger level) has seen a lot of women entrants in recent years. They are young, fit and enthusiastic. As long as there are basic facilities (such as a private bath, toilet) and sometimes a school/crèche to take care of children (below five years) they are equally at par and sometimes better than their male counterparts. They make excellent communicators and hence are an asset for data documentation and for local community interface.

You have now moved back from the field to academia as a scientist with the Wildlife Institute of India. What prompted the move and do you miss being in the field?

After serving for 15 years (out of which 13 were spent in the field) it was a natural career progression to come on deputation to the WII. I am confident that I can now make a difference at the policy level and the institute gives me the right platform to do so. There are moments when you miss the day to day ‘fire-fighting action in the field, but here I have a larger canvass and it is now up to me as to how I continue to fill it up.

Where do you see yourself 10 years from now?

I most certainly see myself continuing to work for wildlife and forests... perhaps living in one too!

What would your message be to young women interested in wildlife conservation careers?

Just follow your heart and systematically work towards your goal. Passion is required in any profession and it is even more so in the field of wildlife.