He has been attacked by rhinos in India, stalked by jaguars in Brazil, charged by a three-metre grizzly in Siberia, trapped in quicksand in the worlds largest tiger reserve in Myanmar and slept in a tent for six months at -400C below zero tracking snow leopards. Bittu Sahgal speaks to Steve Winter, one of the worlds most celebrated wildlife photographers, whose images published in National Geographic have influenced millions.

So what do you do for excitement, Steve?

Watch movies with my family, go out to dinner with friends, hit the beach, go dancing, concerts, normal stuff - which always feels so good after being away from home for so long!

And when did the photography journey begin?

Very young! My father bought me my first camera when I was just seven. We both entered the Kodak Snapshot Contest every summer - we would invariably win first and second - he first and as I progressed, that switched, which was great fun for us both.

And National Geographic? How did that incredible alliance come to be?

Well, as a young child I would pour over my fathers books and magazines, including the National Geographic, Life, Look and what have you. The National Geographic in particular transported me to another world… outside of Fort Wayne, Indiana, where my childhood was spent. I wanted to meet and walk amongst the people, the hills and jungles I saw in those pages. And that vision became my dream - to be a National Geographic photographer. This was also the civil rights era and though I was just eight, for a while, the assassination of President Kennedy made me want to be a politician to right the wrongs of my country. In the event… here I am, camera in hand. 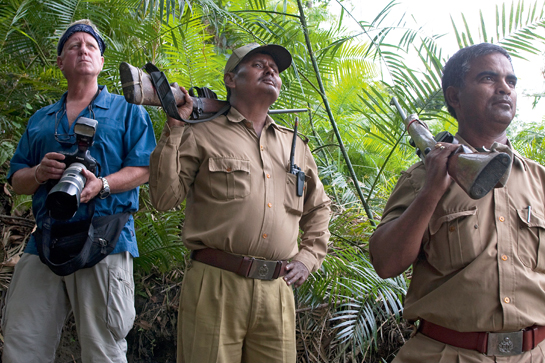 Time flies. Do you miss the Kodachrome days Steve?

Never! Part of what I do involves remote camera traps and knowing whether I have an animal in the frame is incredibly important to the movement of the story. We need to see where we are in a story before investing in expensive expeditions, and digital cameras are vital to this objective. Sending frames back to my editor from the field helps with decisions, particularly how much time and money might need to be budgeted for field work. In my case, I always need and ask for more time!

Most camera trap images that one sees are flat and almost boring, unless a particularly rare creature walks by... how did you turn this research tool into a work of art?

When I started researching my snow leopard story for National Geographic, I knew beyond doubt that I would probably never see a snow leopard. So how could I produce a story on an animal I was unlikely to see? I had briefly used camera traps years ago on jaguars with less success than I had wished. But every problem has an answer. I let the problem sit inside and slowly the solution presented itself to me. I have spent much of my life photographing elusive animals - mostly sitting in a ‘blind' with my camera and lens ready and focused on a chosen spot where I wanted and expected the animal to be in my composition. So I asked myself, “Why not do the same thing with a camera trap?"

Finding the location to place the camera is of paramount importance. For this, I use local people - park guards, mahouts, scientists, even local hunters. I ask them - after showing them images of what I can do with traps - where would they place one of these cameras? The bottom line is that I hone in on the location and a composition I love, then place the camera where I would photograph - eye level with the animal. I then place the infrared beam where I want the animal in my composition as if I were there… lying on the ground.  With the cats I photograph, if I were actually there, I would be dinner!

Is that how your stunning snow leopard images emerged?

Yes. I had such incredible help from Tashi Tundup in Karsha in the Zanskar Valley. He had earlier worked on a Snow Leopard project in the Hemis National Park and knew where the cats marked their territory and this was precisely what I needed. The first thing I asked him was to take me to all the locations where the cat had left its markings. Of the 13 locations he showed me, I picked seven to place my cameras. Lighting is an important aspect and having worked on movies and television, I put that experience to work. I also looked at how animals were lit in the American Museum of Natural History and used that in some of the locations. But nothing replaced getting the input of local people who knew the lay of the land and where the animals walked, marked territories and lived their lives. So often we ignore these keepers of the forest and land whose vast knowledge of living with predators is therefore lost to us.

If you had a magic wand? What would your next assignment be?

Any project that poses a true challenge. And one that has a photo-journalism component - where I am able not only to showcase wildlife, but also the local communities that live with and protect wild places. 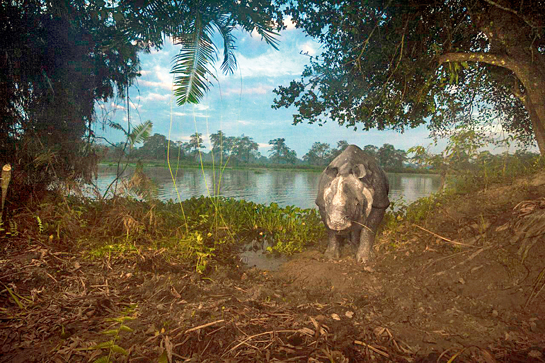 You are part of the International League of Conservation Photographers… do you think wildlife photographers as a fraternity are doing enough to protect the species and habitats they photograph?

No, they do not. One reason is that many suffer from the ‘beautiful photo syndrome'. They present nature like some kind of Shangri-La. That bothers me to no end. What a disservice we as ‘conservation photographers' do to the public if we do not share the truth with them. Since wildlife photographers are not trained as journalists this is not always easy, but it has to be done. We have to change.  It is often easier to not tell the dark side of the story, so people go “Wow!" and then quickly beat a path to Shangri-La… only to discover, a large open-pit mine, or a deforested graveyard of an ecosystem next to the paradise they were enticed into visiting. Of course, the opposite also often happens where news presented is so one-sidedly depressing that people either end up changing the channel or turning the page. I like to present the truth - warts and all - beauty and the beast - and leave readers or viewers to make up their own minds.

You make patent good sense Steve. Let me ask you a predictable question. Tell me which one image you have taken makes it to the top of your own list.

Bittu, that is a tough one. I love so many - though some of my favourites are ones that I know appeal to a very wide audience. I love them and others do too - this might make someone stop and investigate this animal and maybe try to learn more and help in some small or large way. I cant really answer that question!

You and Alan Rabinowitz work closely with George Schaller. Not surprisingly, Panthera is now one of the world's most effective defenders of big cats. How do three towering personalities manage to retain their individuality, yet work as a team?

That is a good question. I think the answer is we all naturally pair up, according to who we are and what we do. I was influenced by George first - in college, reading his books and admiring his passion and dedication from a distance. Then I met Alan and saw his passion, dedication and dogged determination up close and personal. I make images and tell stories. We all do what we all do best as individuals and we work together to try to bring about change. My role is to try to tell the stories of the species and landscapes that Alan and George have worked on. Everyone marches to their own drum. Sometimes passions and paths run parallel, cross and converge - but in the final analysis it is all about saving the world in a big way - for Alan and George - or, in a smaller way, for me.

Let's shift gears. Are wildlife photographers, as a rule, an ethical fraternity?

I cannot judge that as a whole. I know my colleagues at National Geographic Magazine are ethical and moral, as we are led by an ethical tradition and Editor-in-Chief Chris Johns.

I do, however, feel that many photographers are too competitive. This is wrong as we only need to compete against ourselves. We must do the best job we can and learn from ourselves and others. If you want to compete, you should find a game park where the animals are tame. Not in the wild, where you are disturbing others who are trying to have a true experience in nature - maybe for a few days out of a year. You disturb nature in the hope of capturing a frame, which, most often ends up like millions of others. Frankly, only time, patience and determination will get you a truly unique image. The notion that there is a lot of money to be made from wildlife imagery, one reason for needlessly aggressive competition, needs to be dispelled. I do my job and get paid - but resale income on images is very, very small... 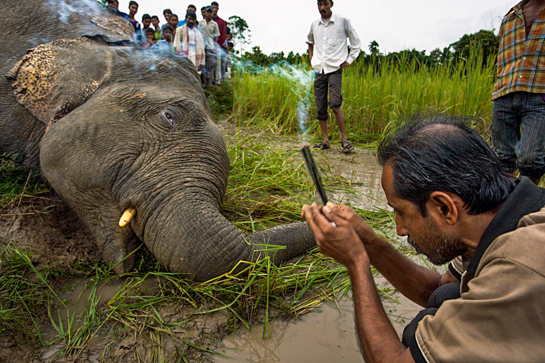 Pictures of the Year International presented you with their Global Vision Award for the 40 images you shot in Kaziranga. But that once-impregnable fortress is now in trouble. What would you have India and the world do to keep such biodiversity jewels alive?

Listen to professionals! Not bureaucrats. Keep good field professionals in locations for longer than just two years. What is the point of having someone come to grips with the problems of an area only to be transferred just as he or she is implementing effective solutions. Run the parks like a business. Your commodity is nature - protect it. Make it grow the best you can. Stop thievery, poaching, as you would in any business and protect your bottom line - nature. Many parks do bring in funds from tourism. But even those that do not provide us air to breathe from forests and clean water to drink from pristine rivers. The number of wildlife-trained individuals graduating from universities is rising and not all opt for government jobs. Even as part of NGOs or the private sector they will have great ideas and federal and state governments should avail of their expertise and work with them as part of a team to save the natural world.

Young kids look at you and say “I want to be Steve Winter"… if you had to start all over again, would you be doing something different?

My first answer would be ‘no'! I have wanted to be a photographer for National Geographic Magazine since I was eight years old. So that is all I know - I flirted for a while with the idea of being a politician - as I thought they brought about real change. But I had an eye for the visual world and that is all I have known - I think I will stick with that in this life!