Of Wildlife and Photography: Reflections of Four Decades in the Bush

I moved to live and work in India in the same month and year that Sanctuary was born – October 1981. I have thus always felt a twinship affinity with Sanctuary. Bittu and I met early on and some of my Sri Lankan Willpattu images adorned the first issue.

My first couple of years were spent in Kashmir where Ashish Chandola and I filmed a wildlife documentary on the hangul and Dachigam National Park. This also resulted in a Sanctuary cover article (Vol. 3, No. 2, April/June 1983). These were nascent times in India for wildlife awareness, research and photography. There were only two other film teams shooting in India at that time and the number of wildlife photographers could be counted on one hand.

We enjoyed a magical time in Dachigam; over the months filming, we reared a young orphaned hangul the Forest Department had rescued. Sometimes it slept with us and would wake me in the morning with a powerful and painful thrust to my stomach to elicit milk as it would if I were his real mother! In this case, the milk came from a bottle. The Department also had an orphaned young Himalayan black bear that became a good ‘friend’ and would sometimes accompany us on filming trips into the forest. He had a penchant for soap so we had to ensure the bathroom door was kept closed. He also loved the extra strong peppermints I often carried in my pocket. These unusual wildlife ‘pets’ provided great stories for early Sanctuary Cub issues. 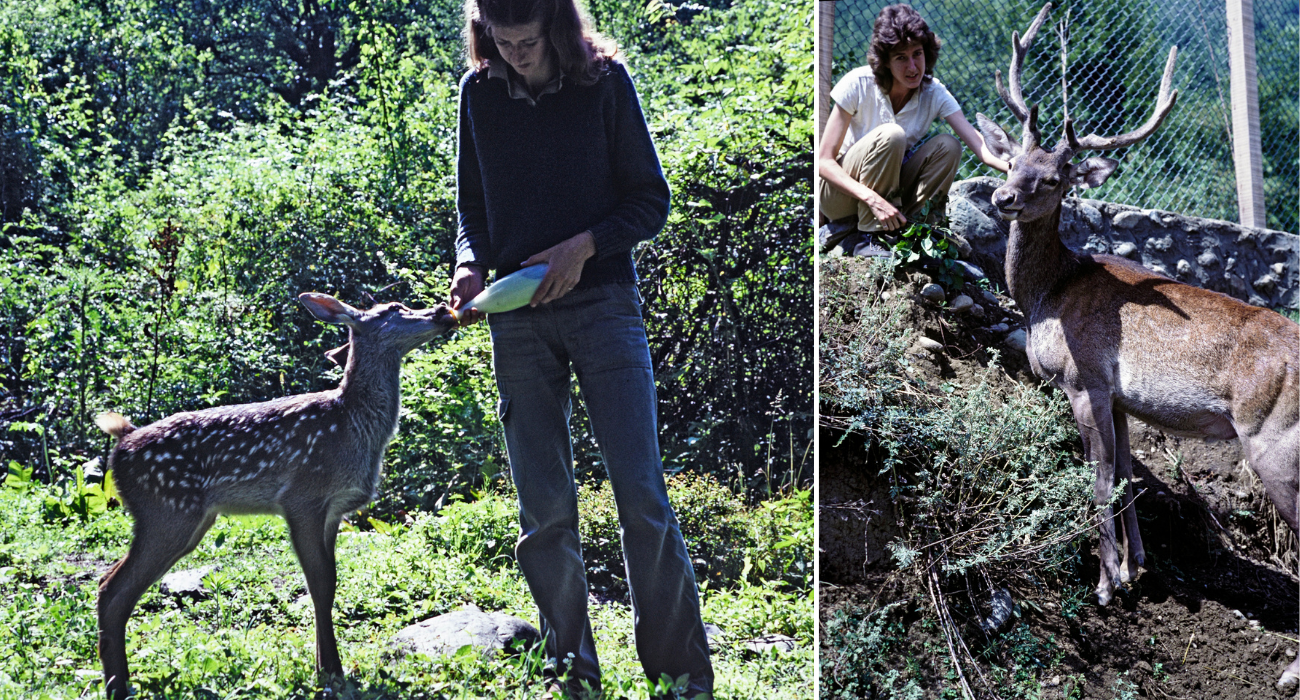 The Forest Department rescued an orphaned hangul fawn that the author helped to rear while filming in Dachigam. The fawn eventually joined a breeding stock at the City Park in Srinagar. Several years later, as a grown stag, he recognised the author when she visited him there. Photo: Ashish Chandola

Forty years on, the photography situation could not be more different. Digital has replaced film and the number of photographers shooting wildlife in India may have gone from five to 50,000 or possibly even five times this. Wildlife research in India has evolved dramatically although there is still so much more to learn. The interest and awareness of wildlife, the environment and our natural world in the general populace has blossomed in a way hard to imagine in the early 1980s; we have much to thank Sanctuary and its offspring Cub magazine for this.

In those early years much of the joy of being a wildlife photographer/filmmaker was being in the field for months at a time. In contrast to how films are shot now, as filmmakers we would live constantly in an area throughout the year in order to cover all the seasons and activities of the subject animals or birds. It also gave us time to observe and understand the ecology of the species we were filming, from direct experience, as well as from whatever scientific research was available. Wildlife tourism was in its infancy in India and solitude in the jungle and the close association with wild companions were some of the appealing aspects of the job; a privilege that few can now enjoy. It more than made up for the meagre financial returns our work provided!

We shot on 16 mm. film and both this and the 36-images-per-roll still film had to be sent out for processing. For those today who can see their photographs immediately and correct any inadequacy and reshoot, it must be hard to imagine having to wait sometimes up to six months to see the results. Of course, by then it was way too late to make corrections, the moment had long passed. One had to live with the loss of those spoilt by camera, lens or human fault discovered too late.

In the 80s, our films would be shown on TV and private screenings – audiences were limited. Now with the internet they are boundless. Millions of photographers with millions of viewers – the beauty, joy, fascination and intricacies of the natural world are brought to almost all of us. Films no longer only show the splendour of the natural world but also bring home the threats by human actions. Lack of information or knowledge can no longer be an excuse. It is beamed and downloaded through all our diverse electronic gadgets.

Now everyone with a smart phone can photograph and film. Many candid impromptu shots have added to our natural history knowledge. It has also helped curb some of the threats; poachers are aware their actions may be caught on film and/or immediately reported. The reach and merit of wildlife filming has thus multiplied and diversified manifold. 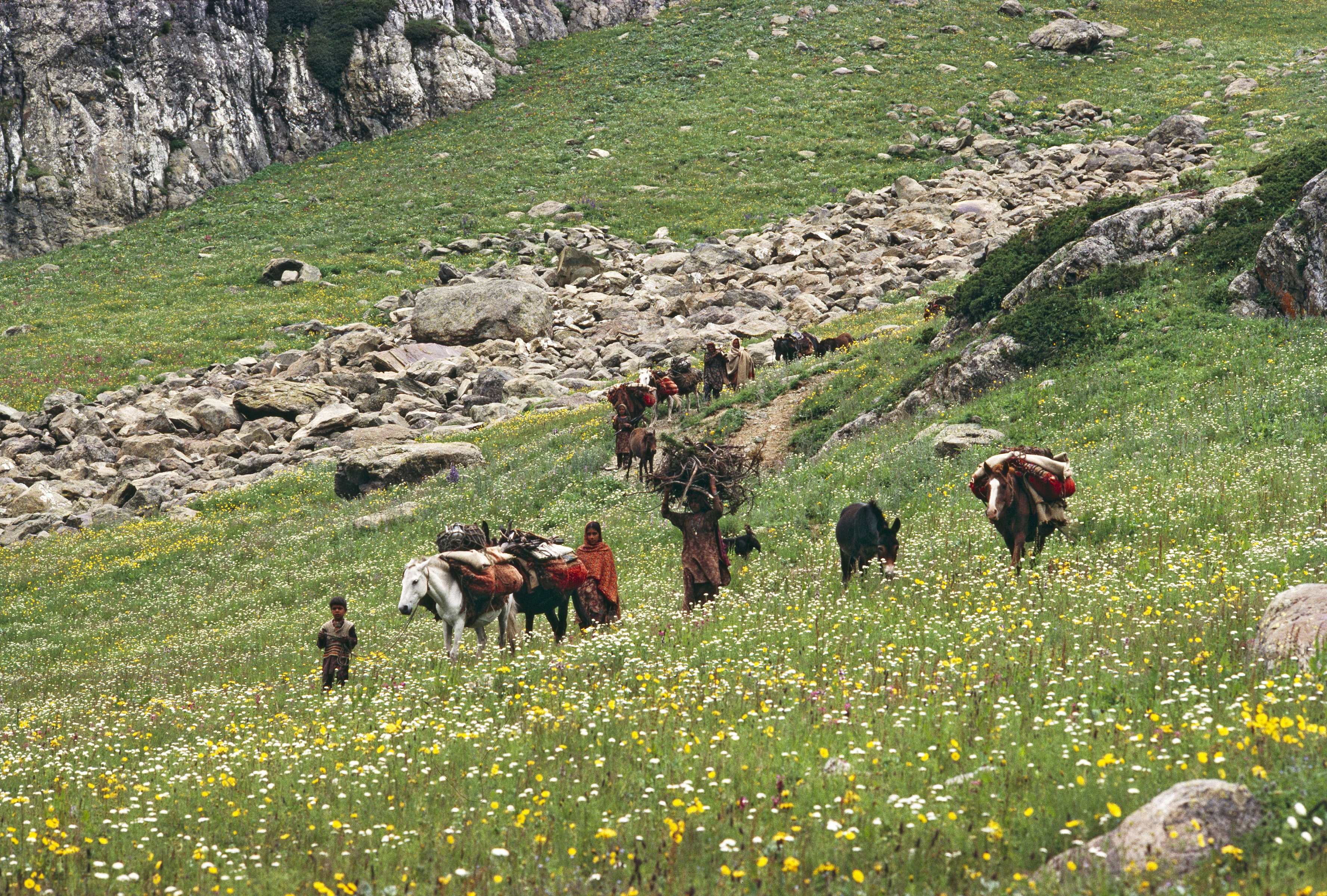 Just recently I had the opportunity to visit Dachigam again, almost 40 years since we filmed there. It is as beautiful and heart-turning as ever. The little green hut where we lived inside the park still stands but is now part of a security compound. The hangul population has dropped but the forest and grasslands look rich and still harbour an array of other denizens including the Himalayan black bear. I was amazed to see signs of wild pigs; these had been introduced decades earlier by Maharaja Gulab Singh. Even in 1981, there was only a very small population and no one expected they would survive.

It was so uplifting to meet the young guides whose knowledge and enthusiasm matched and surpassed those of 40 years ago. It was also hugely encouraging to see how a movement of youth in adjoining areas, with local mentors and the support of Sanctuary Nature Foundation’s COCOON Conservancy project, had cleaned up their area and were forming a Conservation Reserve.

Such activities by the younger generations give hope for the future. Doubtless their task is much harder now than it would have been in 1981 before plastic and non-biodegradable packaging hit India and before a mass of environmentally thoughtless development took place. But what our generation failed to do, one hopes today’s can succeed. The task is not simple – had we acted when information first broke about the effects of human actions on the climate in the 1970s and 80s, the process may have felt evolutionary; now it can only be revolutionary. But change we must. Our hope lies in the passion, commitment and enthusiasm of the many young people one meets, in so many spheres and communities, who have awoken to the need. May their ways prevail!

Joanna Van Gruisen is from the U.K. but has lived in the subcontinent since the late 1970s. She came to India in 1981 to make wildlife documentaries and has lived here ever since. An early pioneer of wildlife photography in India, she has been  part of the conservation scene for several decades, filming, photographing, writing, researching and editing. She presently lives in Madhya Pradesh where she co-runs a small eco-lodge and is active in sustainable tourism fields and local nature projects.