The Earth, as far as we know, is the only planetary body that supports life. This is because of the restless processes that take place under, over, and above it. Over four billion years, these have created a variety of climates, shaped landscapes, and given us a veneer of protective gases we call the atmosphere.

Yet despite the strange times we live in, which are largely of our own making, there are few lessons we have learnt from our mistakes. This past year, corporations and obliging politicians have told us that things can only get better.

In February 2020, Bill Gates revealed his Dr. Strangelove version of why the world should stop worrying about the climate crisis and trust technology to fix the climate mess. His underlying message is that our current trends of consumption are fine and there is little that consumers need to know about where or how their products come from (he says he eats grapes every day, sourced from the world over. So much for reducing global carbon footprint!). Sadly, Gates’s technofix (and that of most of the climate scientists he interviewed) is based on a flawed premise. His plans hinge on fabricating machines to extract CO2 from the air (he does not propose any plans for other greenhouse gasses, like methane).

The problem is that we get our carbon energy from the bowels of the Earth, where it is trapped in the deep recesses of ancient rocks. Geological processes and microbes created them, and they play a crucial role in recapturing the GHGs that we put into our environment. We need to lock the carbon back into these secure depths for a long time.

Trees alone or using machines are too short-term, and leave carbon on the surface, which makes it vulnerable to escaping and re-entering the atmosphere again. By themselves, dead trees naturally release more carbon every year than humans emit through burning fossil fuels. But when you bring in the interplay of insects, nematodes, root systems, fungi, microbes, soils, rocks and water, carbon can be stored just below the surface of the earth and it can stay locked there if left undisturbed.

Biodiversity is a product of the interactions of all life forms and their genes, but also of unassuming geological processes. Over billions of years, the uplift of continents and the exposure, submergence and melting of rocks has created a flux of minerals and elements. This engine – an enormous, planetary scale, biogeochemical reactor – starts from small things.

It is the small things: soil, mud, detritus, mulch, sand, gravel, grit and rock; which are crucial pieces in the climate change story, as are ocean currents, wind circulation, shapes and size of landmasses and, of course, lifeforms – especially microbes. Microbes are the principal primary energy producers on Earth that regulate the bulk of Earth’s carbon-oxygen cycle, together with other elemental and mineral processes, which complexly intertwine. The biggest carbon fixers and oxygen producers are not giant trees but humble microbes on the surface of oceans, rivers and ponds where carbon is carried and sunk daily into the benthos, staying there unperturbed for hundred and sometimes millions of years.  When these combine with geological forces, they drive Earth’s engine. Sadly, Gates and his ilk have little faith in nature’s process. 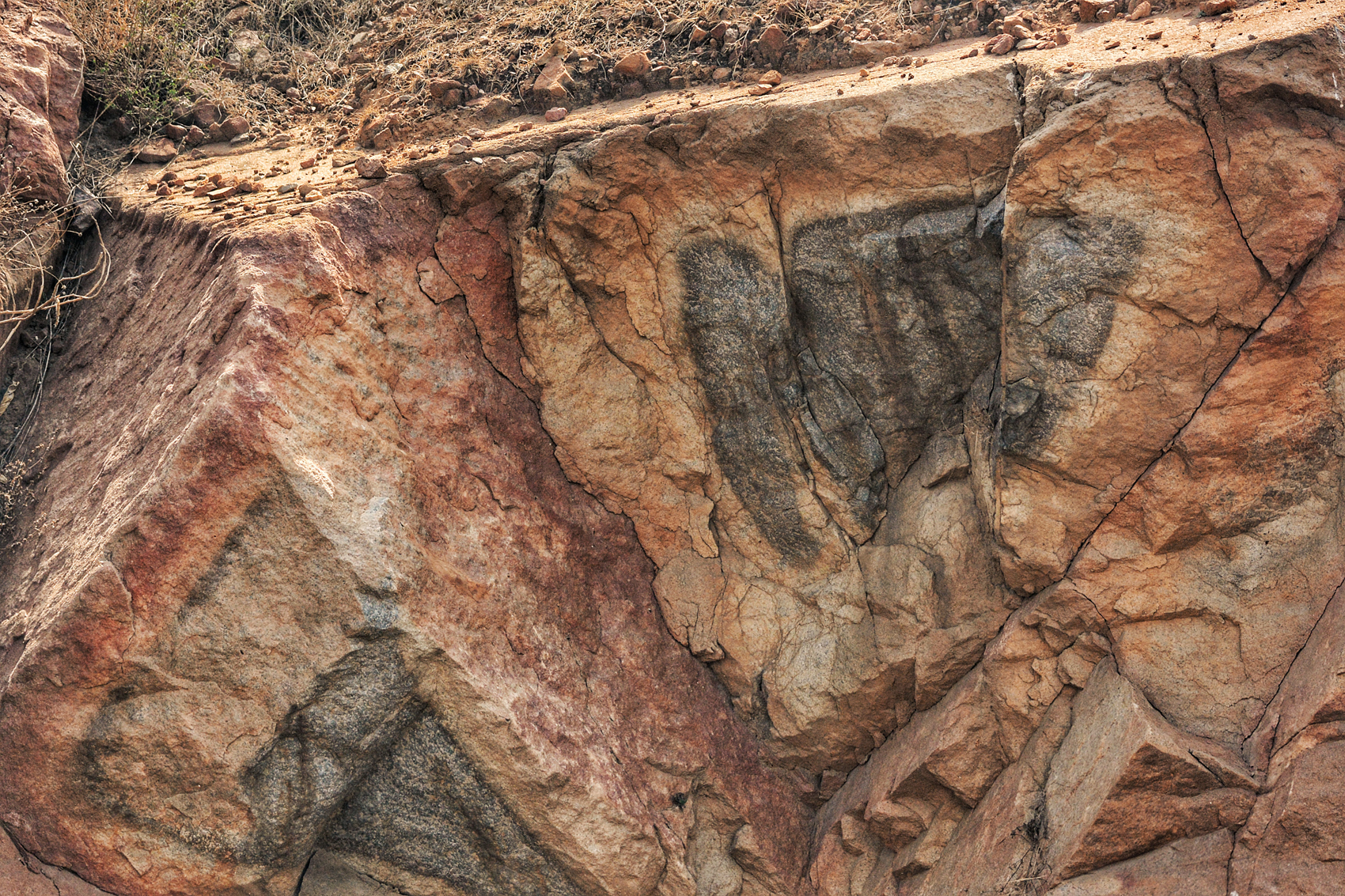 Rocks and landscapes are repositories of minerals. They react to the changing conditions around them to release or hold on to minerals, and ever so slowly, they transform ecosystems and reset the natural order. This rock is a 2.2 billion-year-old quartzite from the Aravallis near Faridabad. Photo: Mayur Shah

In June 2020, The World Bank came out with a roadmap for the renewable energy sector and offered cheer and hope for the sagging mining sector. It concluded that while “renewable energy... [and] low-carbon technologies are more mineral intensive, they only account for a fraction (six per cent) of emissions generated by fossil fuel technologies. This means that the deployment of renewable energy is essential in helping us meet the Paris Agreement, even if it means that more minerals will be needed to get there.”

While it is undeniable that we urgently need to eliminate coal and achieve net zero, the Bank’s report needs to be read with caution. A paper published in Nature around the same time warned that as global demand for transition metals grows, there is increasing ecological stress on people and the environment in extractive localities. The researchers examined mining projects across 20 metal commodities to identify the co-occurrence of environmental, social and governance risk factors, and found “that 84 per cent of platinum resources and 70 per cent of cobalt resources are located in high-risk contexts” and major metals like iron and copper “are set to disturb more land”, with few environmental safeguards in place. We may need to set systems in place to eliminate risks, and also correct historical emissions.

Who will pay for this asks the Bank, donors and shareholders of companies? The planet’s poorest and nature, silly!

Another global assessment has found that minerals that go into making batteries for electric vehicles, like nickel, cobalt, lithium and rare earth minerals, are generally found in regions that experience serious water stress, which is expected to worsen in the coming decades. The production of Chile’s copper and lithium, Russia’s iron, and Argentina’s lithium, for instance, are already located in extremely water-stressed and arid areas. By 2040, these areas will be parched. Congo’s coaltan, on the other hand, is under threat of being inundated by floods but it too may dry out by mid-century. Consulting powerhouse McKinsey & Co says that water stress is a challenge but this is not a problem we cannot overcome. It recommends “more capital-intensive approaches [such as] new water infrastructure, dams and desalination plants” which it agrees is “expensive but sometimes necessary”.

However, climate variability, water and soil depletion, or fragmentation of ecosystems are far more deeply interconnected than we had imagined, and fixing them cannot be based on just mending rivers or planting trees on degraded mines. Once minerals are extracted, the exposed rocks and soils contaminate nearby ecosystems.

See the satellite images for yourself – copper tailings from the Bougainville island leaching into the sea; or iron and bauxite mines that bled into the Brazilian Amazon and contaminated an area larger than Hungary! But it’s not just the mining companies that are to blame. It starts from the toothpaste you used this morning, which incidentally comes from a crushed rock. Virtually every object you will touch in the course of your day has been synthesised in labs and manufactured in industries. Each day, thousands of novel compounds get introduced legally and illegally into markets, and billions of tonnes of chemicals are made and released into ecosystems including our bodies. Most of these cannot be consumed or digested by lifeforms and end up rupturing complex and deeply interlinked geological and microbial systems. ‘Business as usual’ is consuming our planet in more ways than we know. 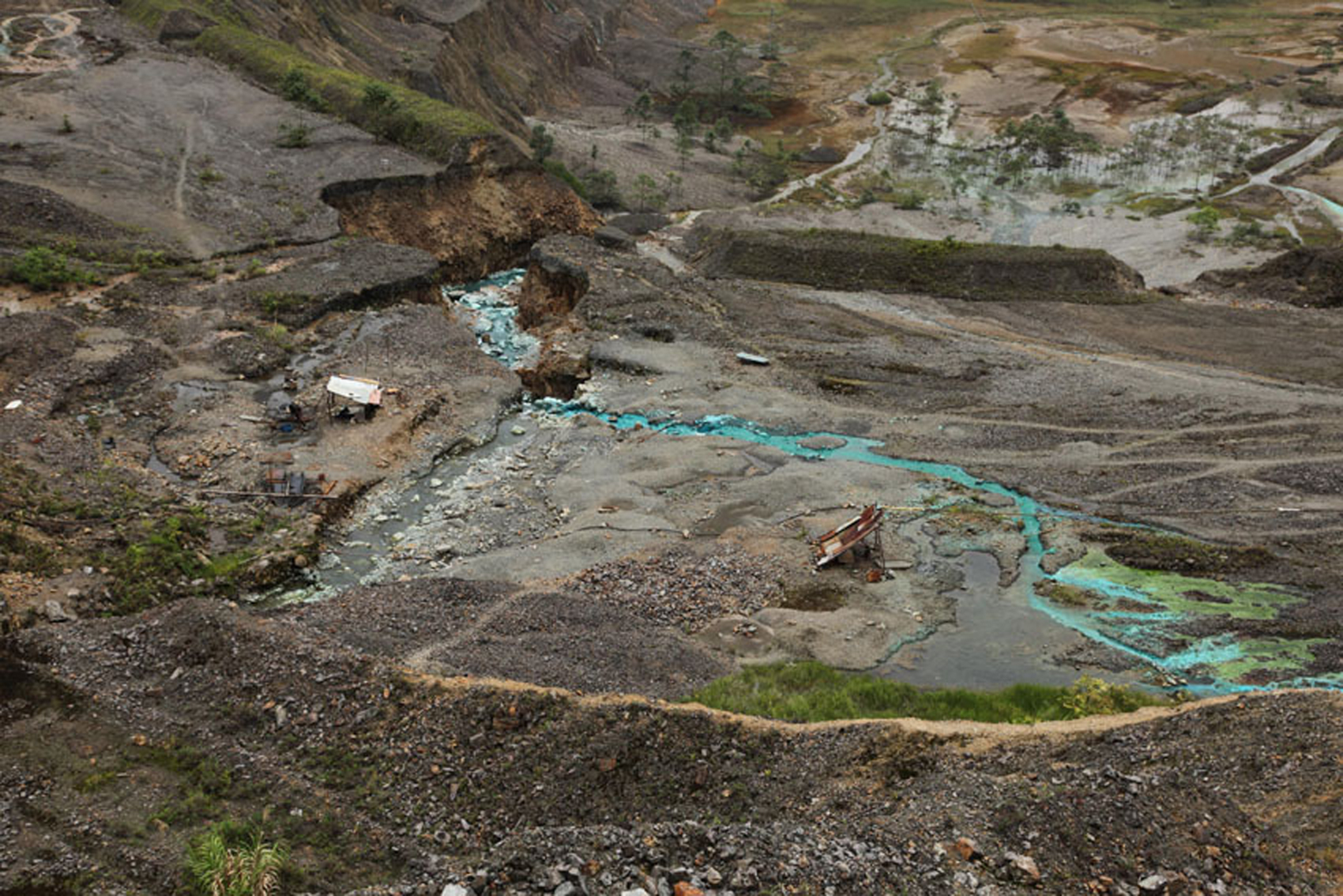 Climate variability, water and soil depletion, or fragmentation of ecosystems are far more deeply interconnected and fixing them cannot be based on just mending rivers or planting trees on degraded mines. Once minerals are extracted, the exposed rocks and soils contaminate nearby ecosystems. For example, though the Panguna mines in Bougainville island, Papua New Guinea, were closed in 1989, copper tailings form the mine continue to leach into the sea. Photo: Public Domain

Conservation therefore needs a whole new paradigm, and must include landscapes, formations and rocks. We need a greater appreciation to instil an ethic that includes, at its core, a long-term stewardship for planetary wellness, and to bring in a more holistic approach to saving biomes, not just charismatic species.

Just as we cannot assign value to importance of species (as Elinor Ostrom asked, can we or should we value bears more than bees?), there can be no preference to preserve or forsake landscapes and ecosystems. We must stop treating landscapes as silent, mutable and replaceable. It is time we recognise the deep subconscious power of landscapes and microbes that keep life on Earth in balance.

Pranay Lal is a biochemist who works in public health and the environment. His first book Indica: A Deep Natural History of the Indian Subcontinent won the 2017 Tata Lit Prize, the World Book Fair Award, among others. His most recent book, Invisible Empire: The Natural History of Viruses (Penguin, October 2021) presents an alternative view on the role of viruses in ecosystems and the evolutionary history of life.