When Wildlife SOS found four tiny golden jackal pups without their mother, the team took them in before predators could get them!

These little pups were found trembling in fear and hunger outside their den in Mathura, crying out for their mum, who was nowhere to be found. Very few young animals can survive alone in the wild without their mother to teach them how to find food and shelter. Their distressed wails drew the attention of nearby villagers. Concerned for their safety, the villagers immediately reached out to Wildlife SOS, who along with the Uttar Pradesh Forest Department, came to the rescue. The quick actions of the villagers was owing to the years of efficient rescue and rehabilitation efforts carried out by the Wildlife SOS team.

Where Was Their Mother?

The litter included three females and one male – only 15 days old! Given their tender age, the primary focus of our team was to reunite the pups with their mother. The rescuers placed the pups near the location where they were found, and waited till the break of dawn in the hope that the mother would return but to no avail. Eventually, we came to the dreadful realisation that the pups had been orphaned. The villagers spoke of poaching around the area and we concluded that the mother may have fallen victim to a trap.

A spacious temporary den was created for the puppies.

Leaving the pups alone in the wild would make them easy bait for poachers who kill them for their meat or skin. It was decided that the four would be cared for at the Wildlife SOS Rescue Facility by experienced wildlife rehabilitators where they would receive minimal human contact in order to keep their wild nature intact. They were to remain at the facility until they were fit for release and survival on their own in the wild. A spacious den was created for them, carefully bordered with stones and branches of trees for them to feel close to their natural habitat. Jackal pups tend to get dehydrated very quickly, so they were placed under a few weeks of intensive care. 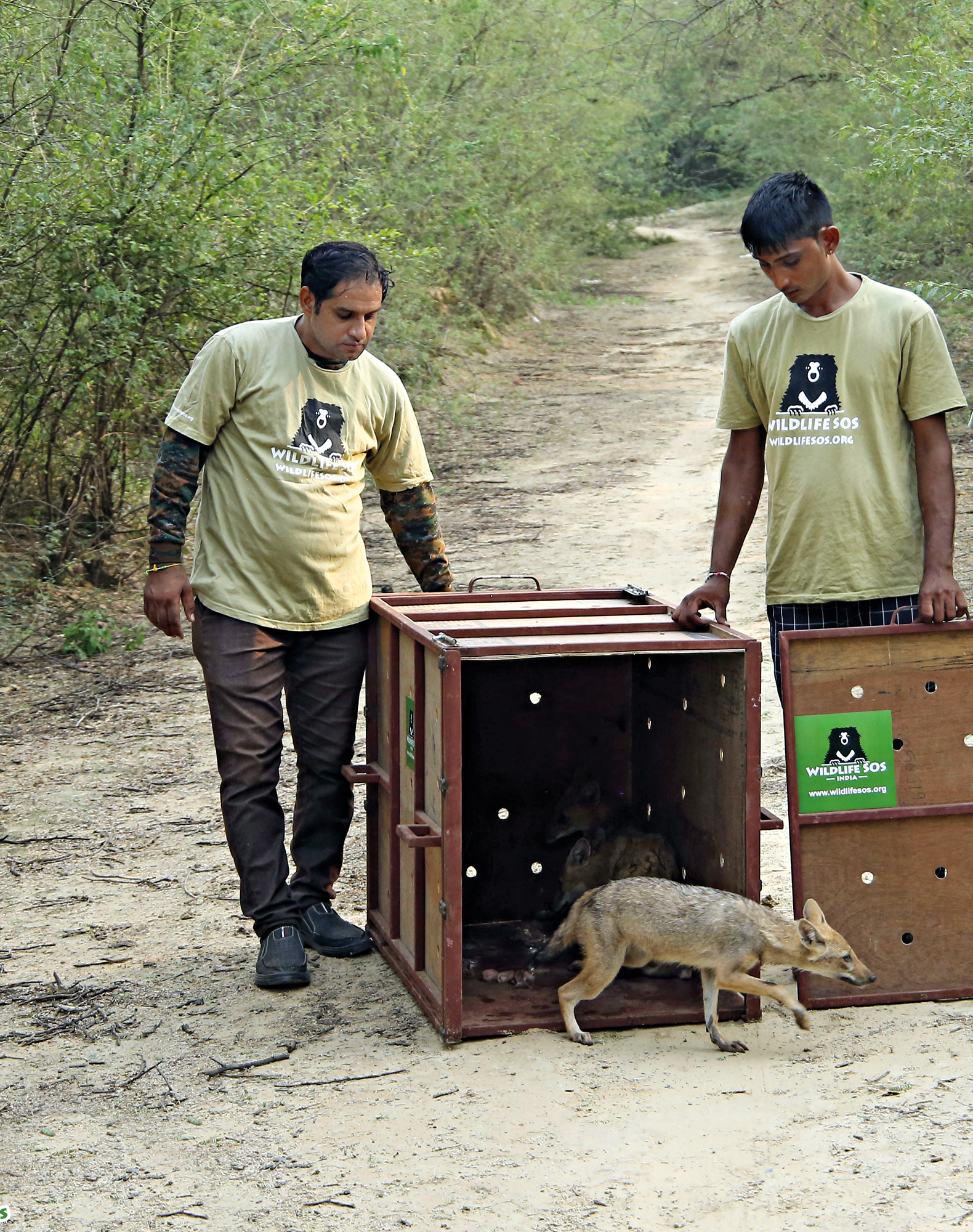 It wasn’t long before the pups started getting healthier and stronger. A few months after their rescue, it was time to reintroduce the young jackals to the wild! They were taken to where they were found, deep in the jungle, and released. It was a remarkable sight to watch the young, healthy jackals run free into their true home.

Golden jackals are native to the Indian subcontinent, with about 80,000 left in the wild. They feed on small mammals like hares, birds, fish and even fruit. Unfortunately, golden jackals are poached for their meat and pelts and smuggled into Southeast Asia, where some people falsely believe their parts have ‘magical healing powers’.

Wildlife SOS is one of the largest nonprofit organisations in South Asia dedicated to the rescue and ethical release of wild animals in distress.