The theme for Earth Day 2021, on April 22, is one that Sanctuary made its mission 40 years ago, when the first issue of the magazine rolled out in 1981. Through the decades of environmental journalism, advocacy, on-ground conservation and education, one narrative that remained constant in our voice was the need to 'Restore Our Earth'. Rewilding our degraded habitats, we have been insisting, is the only way forward if Homo sapiens hopes to thrive on planet Earth for generations to come.

Today, we look back at the strangest year humanity has lived through, and present our readers and supporters with a comprehensive report on work done by the Foundation in the past year, along with a peek at Sanctuary's legacy.

In the words of our founder, Bittu Sahgal:

"We are passing through strange times. But the biosphere is self-repairing and, more than ever before, Sanctuary recognises the wisdom in communicating and cooperating as a survival strategy. The children Sanctuary influenced decades ago are now in drivers’ seats, poised to lead us to safe harbour. Sanctuary Asia and Sanctuary Cub, were never ‘just magazines’ – since their birth in the 1980s, they have evolved into strong movements that have led to the creation of diverse, yet umbilically connected projects.

The Sanctuary Nature Foundation holds on to the ethics and ideals drilled into us by the likes of Dr. Sálim Ali, R.E. Hawkins, Humayun Abdulali, M. Krishnan, Kailash Sankhala, Dharmakumarsinhji and scores of others who, in the early 1980s, helped Sanctuary magazine take its first tentative steps towards wildlife conservation horizons of the kind never quite tried before in India. And now, 40 years later, as we continue to weave nature journalism, action and conservation policy into the Indian environmental conservation movement, we invite you to be part of Sanctuary’s mission to save natural India." 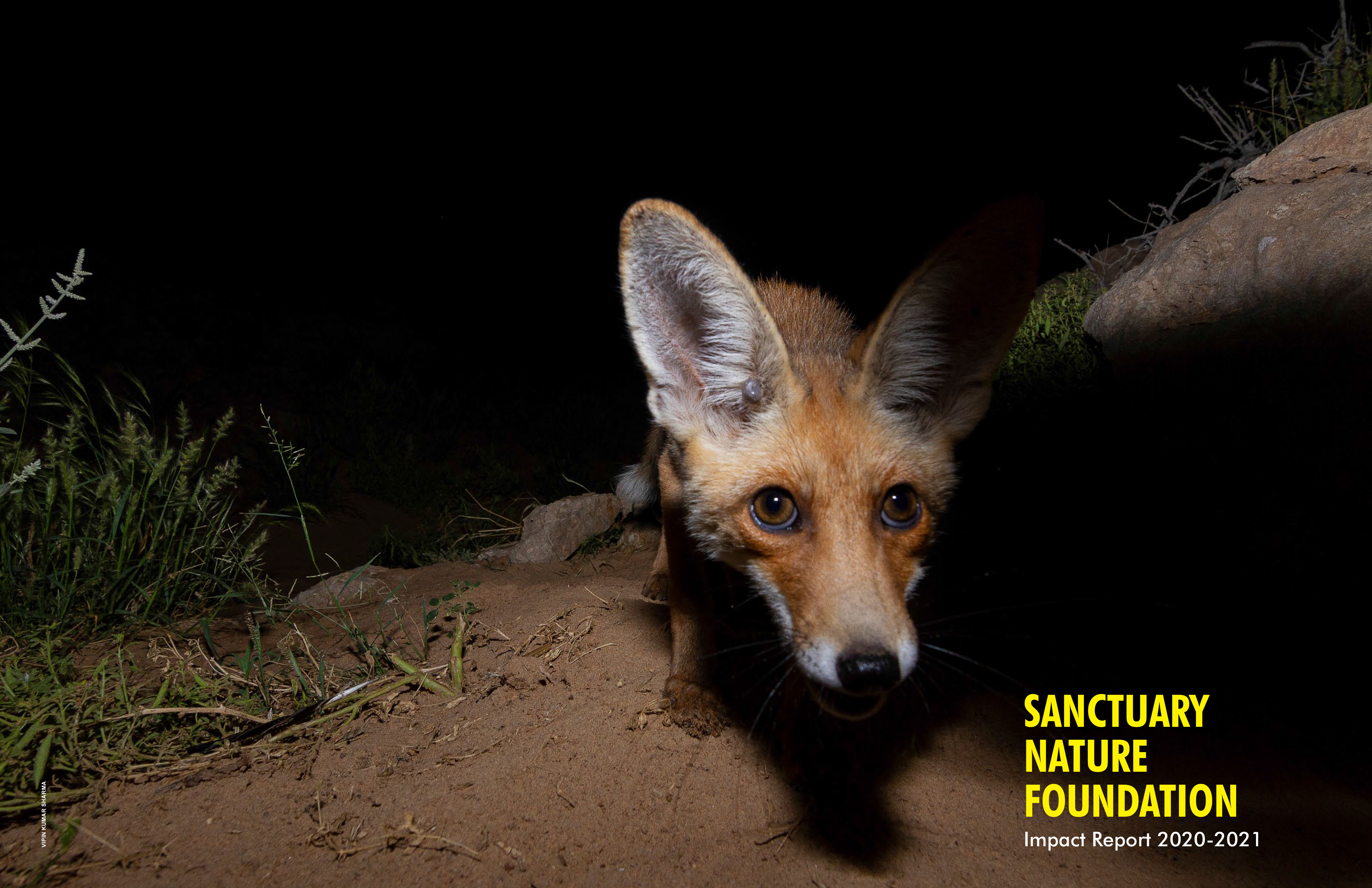 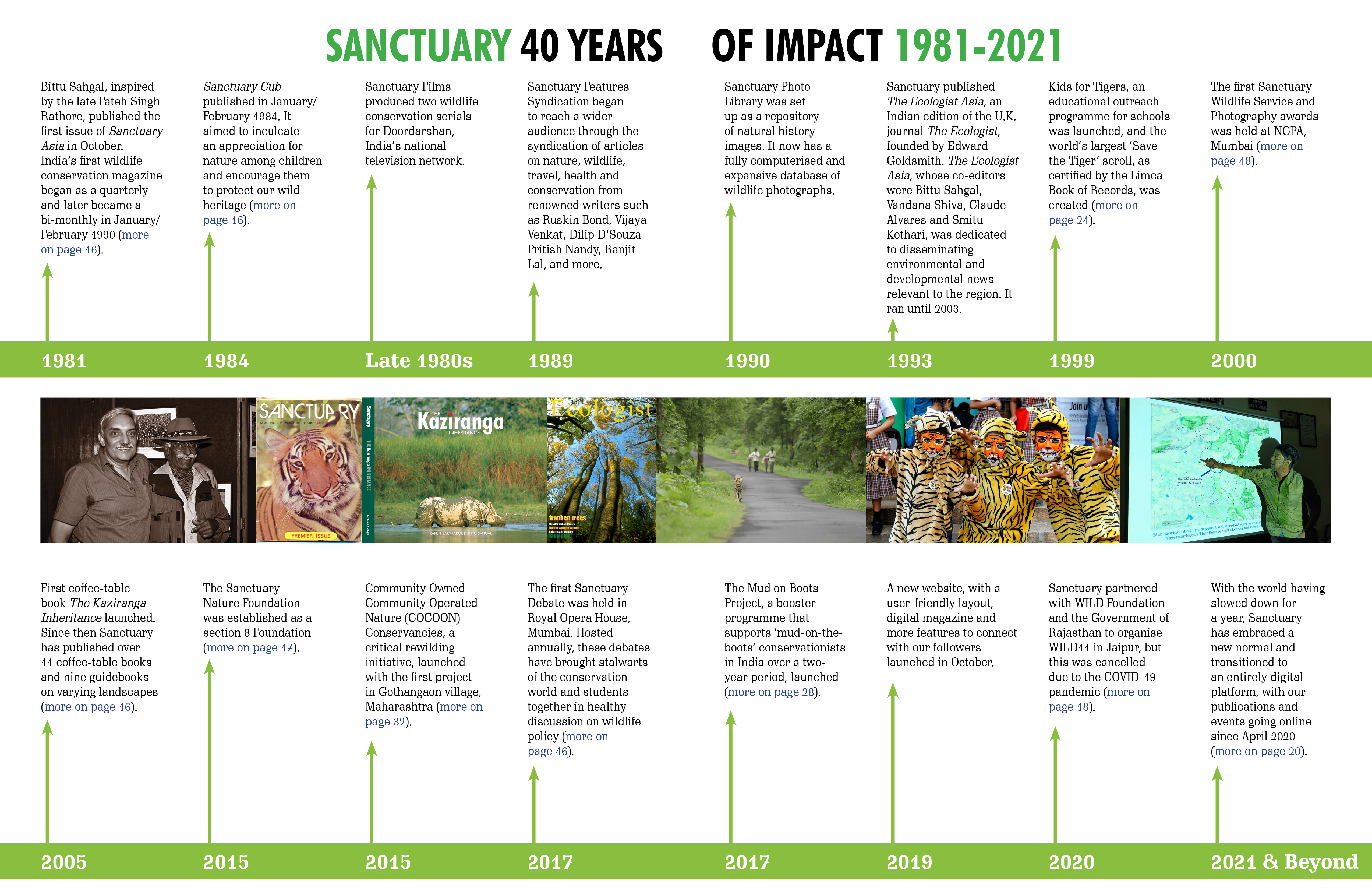 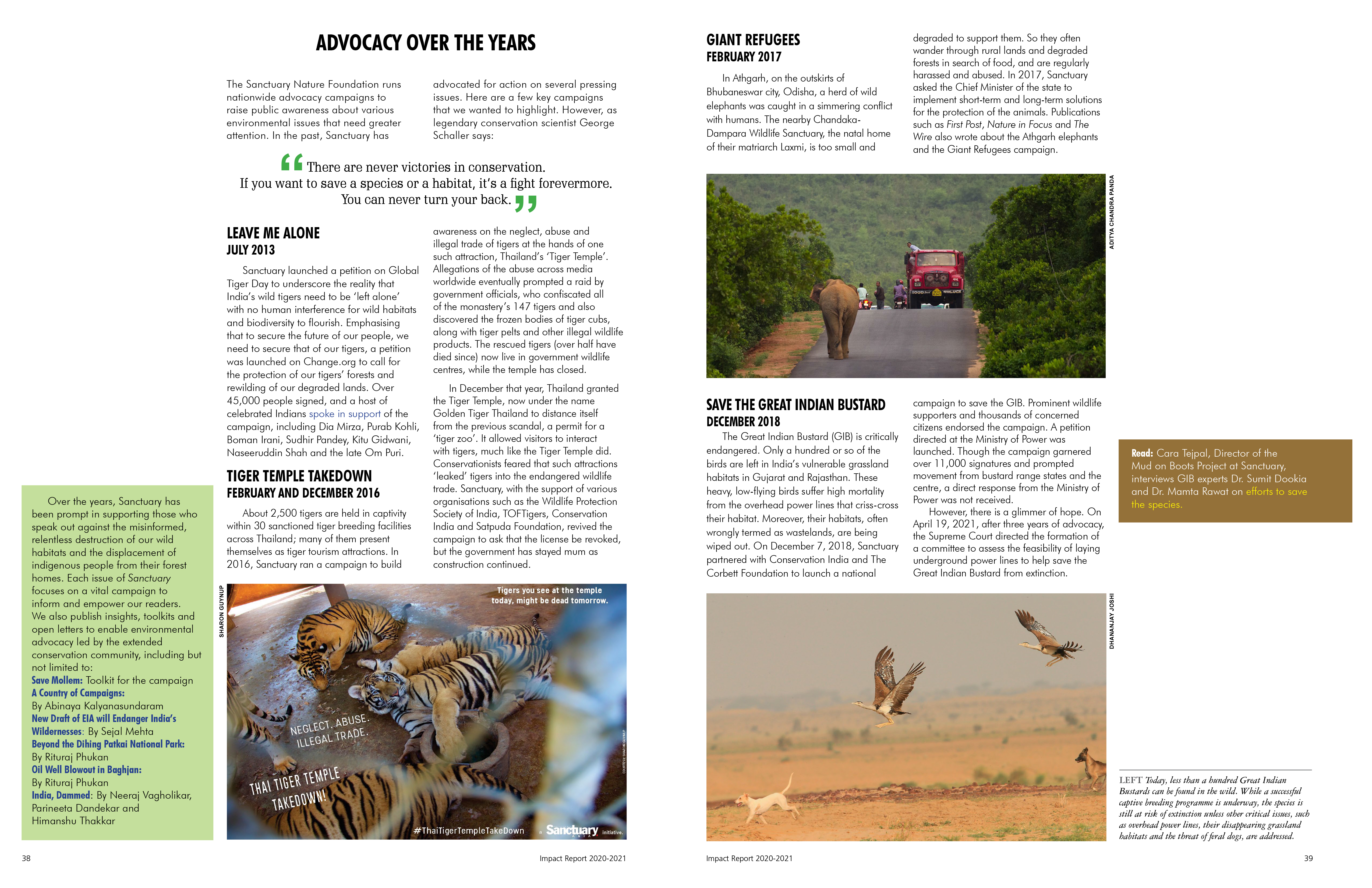 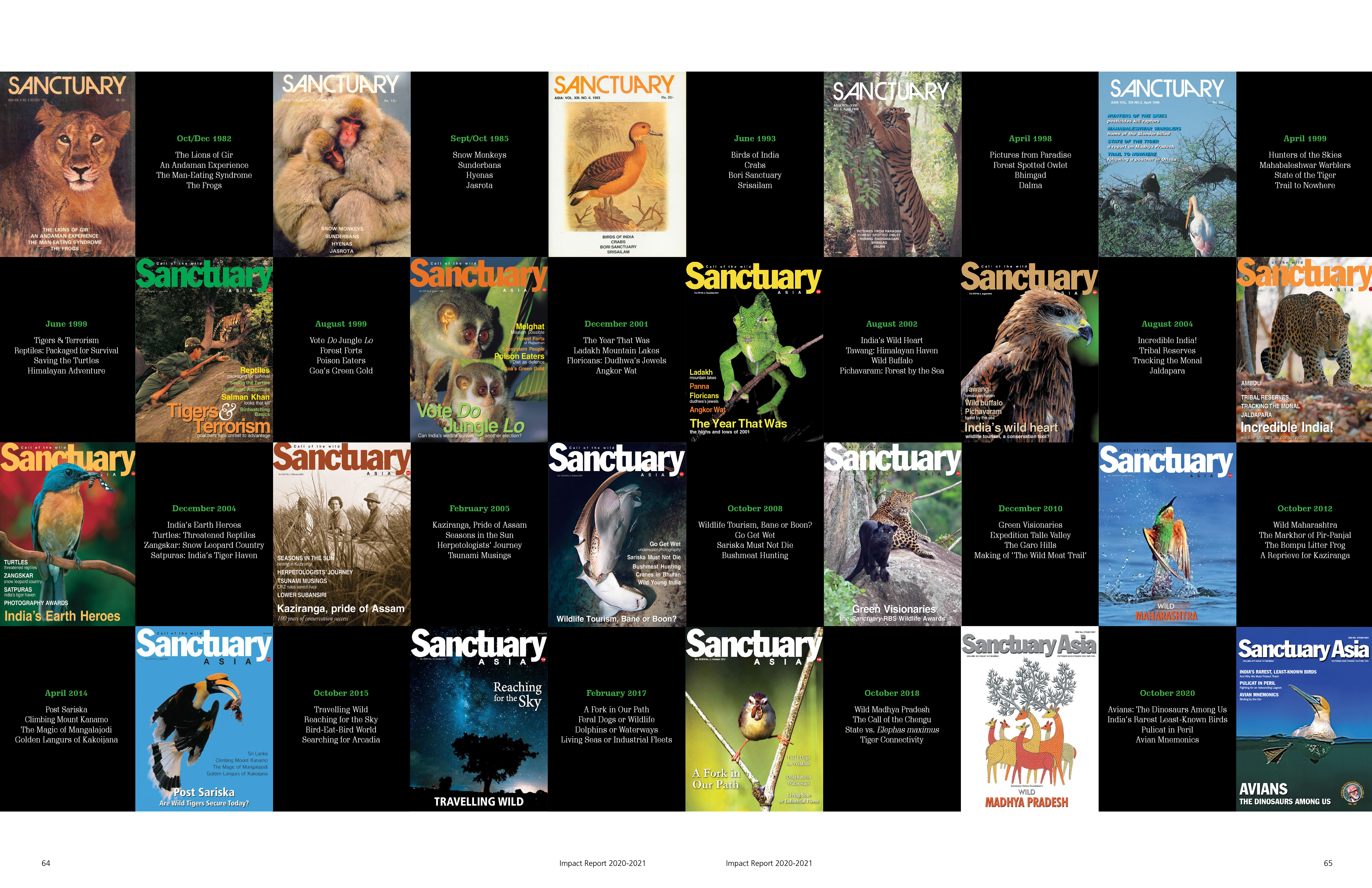