Save Dibang: Scientists, Civil Society and Locals Write to FAC

On May 11, 2022, India’s Forest Advisory Committee (FAC) once again deliberated granting clearance to the proposed Etalin Hydro Electric Project (3097MW) in Dibang valley, Arunachal Pradesh. The Dibang valley is a biodiversity hotspot and the homeland of the small, indigenous Idu Mishmi community, which is globally renowned for its culture of conservation.

Originally planned as a public-private partnership between Jindal Power Limited and the state government, the project is reportedly now being allotted to Satluj Jal Vidyut Nigam Ltd (SJVN Ltd.), alongside four other hydro electric power projects, all in the Dibang river basin. The proposed Etalin project, positioned to be amongst the largest in India, has been vociferously opposed for years by local community members, scientists, researchers, and members of civil society for its irreversible socio-ecological impact on the region. This includes the disintegration of the indigenous culture, and the destruction of nearly 3,00,000 trees in the extremely biodiverse, carbon-rich, old-growth forests of Dibang valley.

The FAC has thus far deferred taking a decision on the project, and in the recent May 2022 meeting constituted a subcommittee to examine “some apprehensions/representations received from some quarters concerning to wildlife and other issues related to reported endemic flora and fauna of the area.” However, this was preluded with the claim “that almost all issues have been addressed in detail by the Sub Committee and the State”. 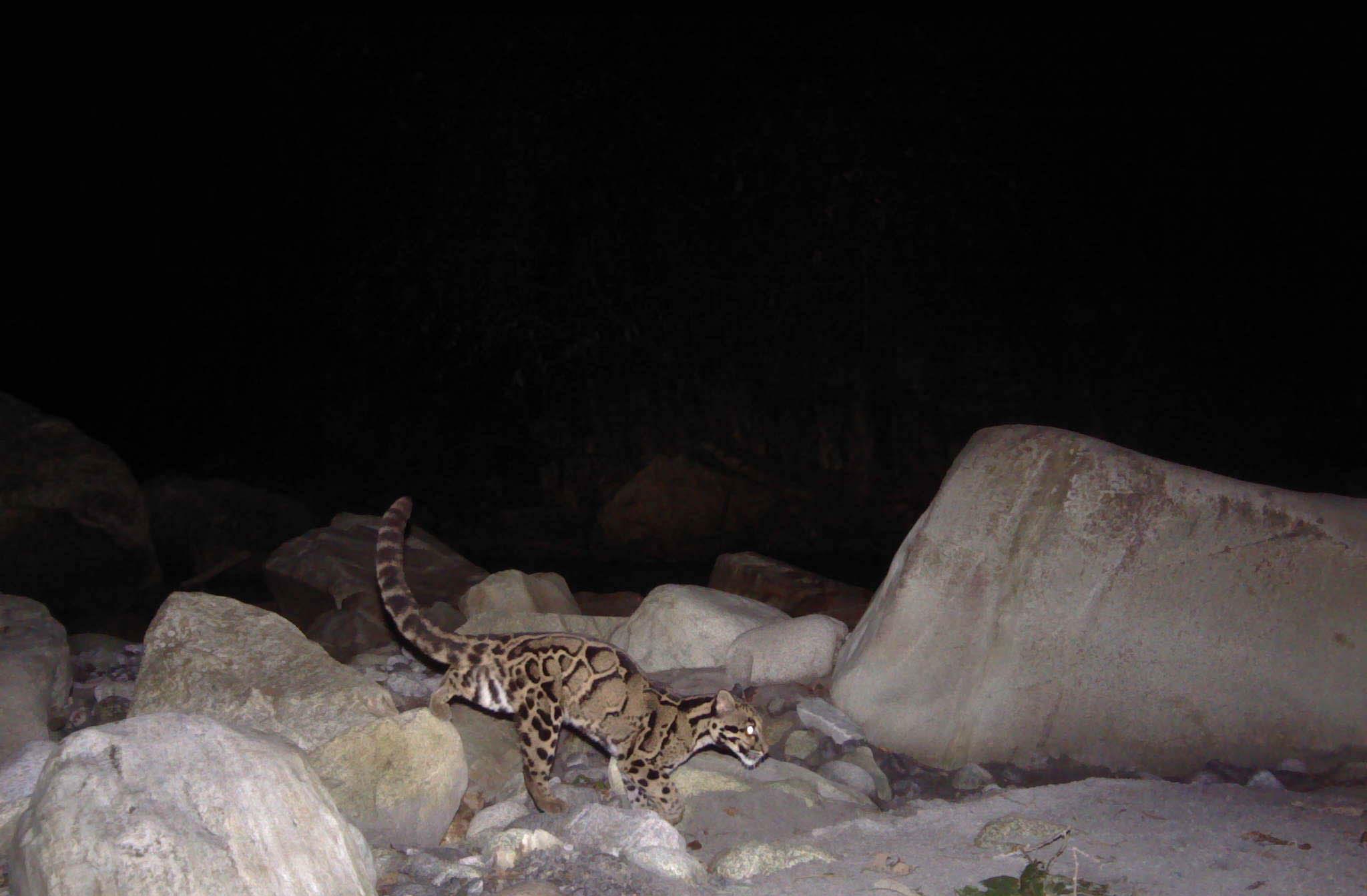 A clouded leopard in Dibang valley, which is home to than 75 species of mammals including the tiger, Asiatic golden cat, Asiatic wild dog, red panda, Mishmi takin, red goral, and Gongshan muntjac.

Since the minutes of the meeting were released, dozens of prominent scientists, conservationists, community members and research organisations have written to Dr. Sanjay Deshmukh, Chair of the FAC subcommittee, explaining why the project should be rejected. There are a few major concerns that resonate in these submissions.

The error-ridden Etalin Conservation Plan, funded by project developers and executed by the Wildlife Institute of India, remains a point of contention. In an unprecedented move, the plan was heavily critiqued by 29 independent scientists from 16 Indian institutions in a peer review published in 2020. Peer reviews are a standard practice to verify the quality of scientific research. The authors’ resubmitted this peer review to Dr. Deshmukh, noting:

“Since no new studies have been conducted in the past two years to address the serious shortcomings of WII’s Conservation Plan, we find it pertinent to remind the committee of the need to conduct fresh, unbiased scientific studies to fully understand the impact of the country’s largest proposed hydro-project on this region’s fragile ecology and people. We believe that such decisions of national importance should not be based on faulty and erroneous science.”

Many of the scientists and conservationists who made submissions also underscored the importance of the genetically unique tigers in Dibang valley and questioned why evidence of a tiger population in and around the proposed project site is being ignored by the FAC and WII despite ample published evidence. In his letter to the subcommittee tiger biologist Dr. Joseph Vattakaven wrote:

“I was most disconcerted to find that the WII plan states that “tiger presence in the study area was not established”. This could most likely be a result of the limited and seasonal camera trap exercise conducted, as opposed to the “multiple seasonal replicate study” that was recommended by the FAC.” 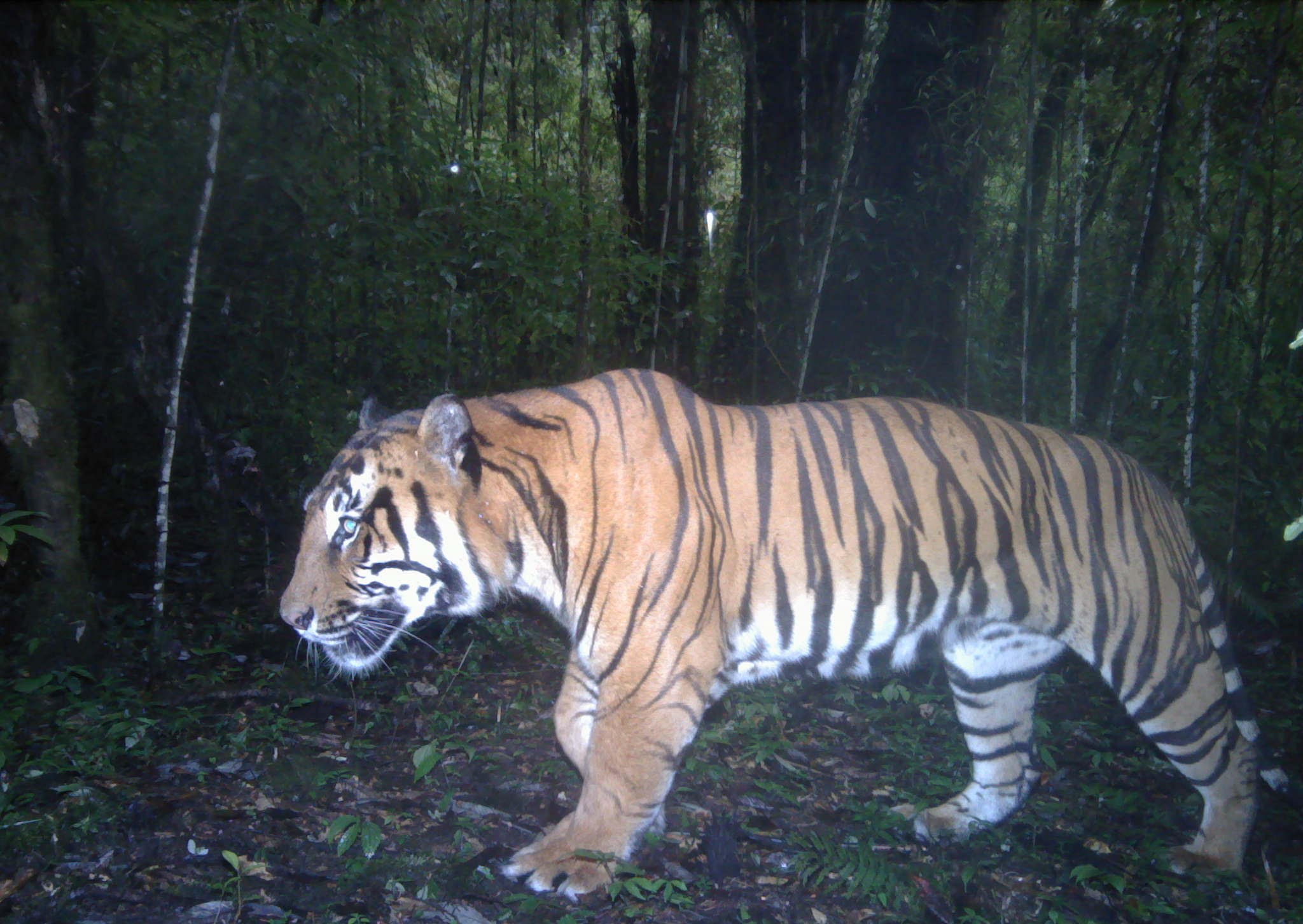 In their submissions, scientists and conservationists questioned why evidence of a tiger population in and around the proposed project site is being ignored by the FAC and WII despite ample published evidence.

The transparency of the decision-making has been put under the scanner, with many asking how “all issues have been addressed in details” as claimed by the FAC in the publicly-available minutes of the meeting. In a joint submission made by a group that includes former members of the National Board for Wildlife and its Standing Committee such as Dr. Asad Rahmani, Shekar Dattatri, Priya Davidar, and Prerna Singh Bindra, the authors stated:

“… there are no records available in the public domain of any of the above valid concerns being addressed. Thus, we can only conclude that these issues brought before the FAC have been either summarily dismissed or not been addressed.”

It should be noted that in April 2020, the FAC had invited input from the Ministry of Power and the National Tiger Conservation Authority, but no responses from them are available in the public domain. In 2021, the Arunachal Pradesh State Government also refused to disclose the cost-benefit ratio analysis of the project, which was requested by an RTI applicant.

While all submissions articulate the scientific, ecological, financial and procedural arguments against the project, members of the Idu Mishmi community have additionally interpreted the socio-cultural value of their ancestral land in Dibang valley. A letter to the subcommittee from a local Idu Mishmi group, Kera-aa Initiatives for Cultural and Ecological Security (KICES), implores the FAC to consider the mega project’s social and cultural impacts:

“The popular argument that such projects will bring jobs and ‘development’ has only increased issues of alcoholism, road accidents and exacerbated social tensions if we see post-approval of NHPC DMP project in case of Lower Dibang valley district. Project developers in its study report clearly do not consider these ‘after effects’. Our vulnerable indigenous peoples are not designed to survive without rivers, forests and agricultural fields that they have sustained us for centuries in harmony with nature. Gains through land compensation cannot be equated with ‘development’, which are merely infrastructure-oriented in the country. Therefore, we submit that FAC take these non-technical issues but significant issues seriously.”

The Idu Mishmi community’s role in the conservation of Dibang Valley was emphasised in an email to the FAC from Dia Mirza – Actor, Advocate for the United Nations Sustainable Development Goals and Goodwill Ambassador for the United Nations Environment Program – who quoted from a previous submission made by KICES, while adding:

“I believe that the biodiverse, old growth forests of Dibang Valley are a global treasure, and protecting this landscape is in line with Sustainable Development Goal 13 - Climate Action and  Goal 15, which focuses on "biodiversity, forests and desertification".  Listed amongst the SDG 15 targets is the target to "ensure the conservation of mountain ecosystems, including their biodiversity, in order to enhance their capacity to provide benefits that are essential for sustainable development" by 2030. Protecting our eastern Himalayas and acknowledging the ecosystem functions of this region is crucial to the environmental security and climate resilience of the nation. The nearly three lakh trees that will be felled from Dibang valley's forests if the Etalin HEP is approved are irreplaceable…”

The FAC sub-committee was directed to submit its report within three weeks from May 11th, 2022. It remains to be seen how they will respond to these submissions and whether they will do so in the public eye, as required by law.

Amongst the many strong submissions made, are those from Padma Shri awardee Romulus Whitaker, tiger biologist Joseph Vattakaven, Actor and Goodwill Ambassador for UNEP Dia Mirza, geographer Chintan Sheth, the Water Conflict Forum, the youth collective Yugma Network, an Idu Mishmi group Kera-aa Initiatives for Cultural and Ecological Security (KICES), policy analysts from Manthan Adhyayan Kendra, scientists from several Indian universities and research centres including the Indian Institute of Sciences, former members of the National Board for Wildlife and its Standing Committee, and the Bombay Natural History Society. The latter concluded its comprehensive letter by reiterating that:

“The project is a fit case for rejection and should be rejected.”

Sanctuary is privy to a number of the submissions made to the sub-committee appointed by the FAC, and the authors have consented to making these publicly available. These have been reproduced here in PDF format without any edits to the text.

To learn more about Dibang valley, check out these Frequently Asked Questions.