India has only 5.27 per cent of land designated as Protected Areas; these are the last remaining forested pockets, which should be kept sacrosanct and protected if our climate action goals are to be met. And yet, a 75,000 crore rupees project in Great Nicobar was recently announced and in a matter of days, one of only four biodiversity hotspots in the country lost all the protection it was endowed with. Before it was burdened with the title of a strategically important location, most parts of the Great Nicobar Island were protected as a Biosphere Reserve, a Tribal Reserve, two National Parks and a Wildlife Sanctuary. Now, a project proposed by the Andaman and Nicobar Islands Integrated Development Corporation (ANIIDCO), which includes a transhipment port, an airport, a gas power plant and a township area, is slated to get Environmental Clearance by the Expert Appraisal Committee (EAC). If the project is cleared, 130.75 sq. km. of forest will be diverted, 84.10 sq. km. of tribal reserve will be de-notified and around 8.5 lakh trees will be cut.

Galathea Bay, the site for the port, is a globally important leatherback turtle nesting ground. It has several active nests of the Nicobar Megapode, a ground-nesting bird. It is home to the Nicobar long-tailed macaque, the Nicobar tree shrew, the coconut crab and several other species found nowhere else in the world. One group of the Shompens, a semi-nomadic, hunter-gatherer tribe, is known to make their temporary settlement at Galathea and the coastal dwelling tribe, the Nicobarese, wish to go back to their pre-tsunami village of Chingen, also located at Galathea.

The magnitude of disturbance caused by activities such as dredging the seabed, levelling the hills, transportation of construction materials and the construction itself in such a fragile ecosystem will be detrimental to these already threatened species and communities. The resultant pollution, forest fragmentation, rise in invasive species, and increased demand for food and water will further put pressure on the natural resources of the island. The increased number of outsiders will expose the Nicobarese and the Shompens to novel diseases, exploitation and stigmatisation, just like the Jarawas and the Onges in the Andamans. Despite all these environmental and social concerns, the EIA study was hastily conducted during the pandemic, in an unscientific and erroneous manner and has been heavily criticised by scientists, activists and concerned citizens. Moreover, the public hearing did not have any anthropologist to represent the Shompens, as was mandated by the EAC. It is disheartening to see that the EIA procedure with all these violations has not been flagged. 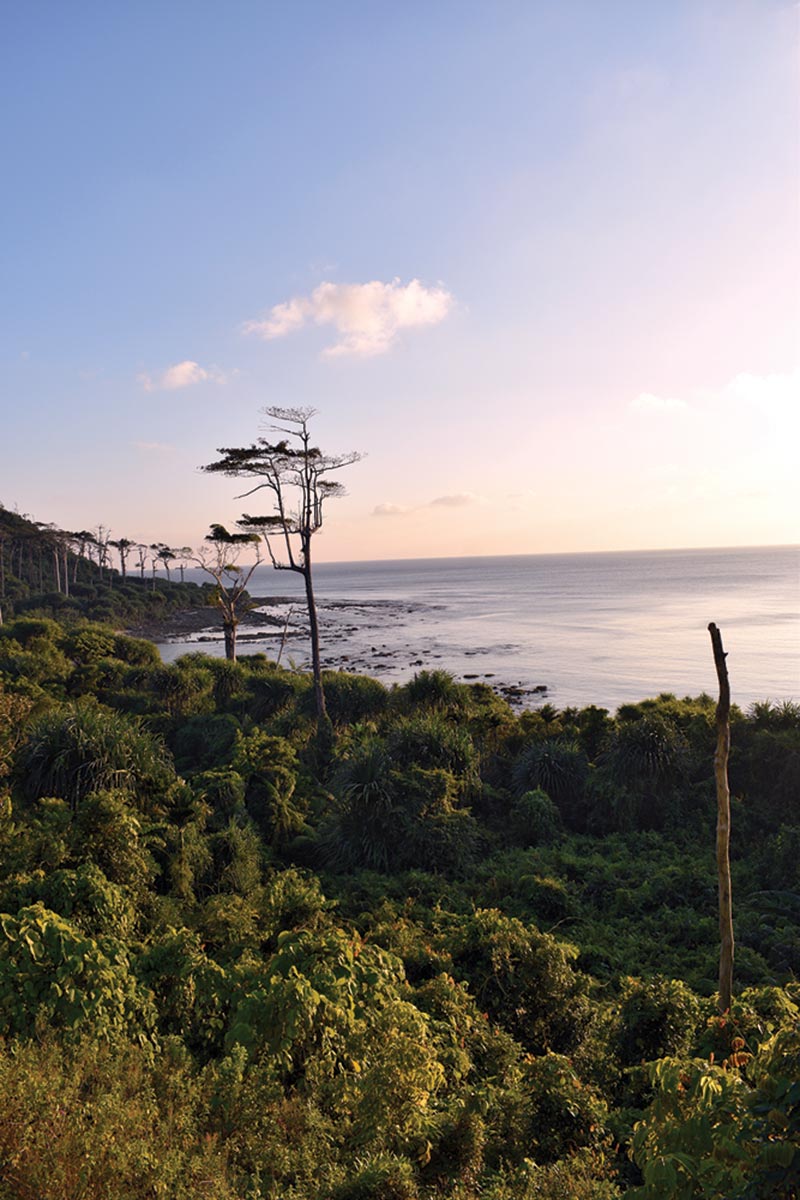 A mega-project proposed by the Andaman and Nicobar Islands Integrated Development Corporation (ANIIDCO) threatens the biodiversity and indigenous communities that live in the Great Nicobar Island. Photo: Vashale Devi.

Denotifying Galathea would set a very dangerous precedent. It runs counter to the very core of the Wildlife (Protection) Act, 1972. It begs the question, if denotifying a Protected Area in the name of development is that simple, are we going to have anything left to protect in the future? Isn’t ensuring the conservation of our natural resources also a matter of national security?

One of my most memorable days while living in Great Nicobar was when I volunteered to shift a leatherback turtle’s eggs to a hatchery at Galathea beach. I will never forget the sounds of her laboured breaths while she dug her nest. Realising the arduous journey she had to undertake to lay her eggs on the one beach she considers the safest, engulfed me with a strange kind of sadness. As I shifted her clutch to a hatchery, I felt a responsibility towards ensuring that her eggs hatch and that the beach is protected.

Just like the leatherback turtle, Great Nicobar island too needs our help to keep her denizens safe.

What you can do
1. Read and widely circulate the letters of opposition sent out by scientists, activists and citizens for a detailed understanding of the issues with the project. They can be accessed at rb.gy/kqexre
2. Write letters/e-mails of disapproval to the EAC, MoEFCC, PCCF-ANI, NITI Aayog, Ministry of Shipping, Ministry of Tribal Affairs, Lt. Gov., ANI and the NGT, urging them to reject the project and re-notify the de-notified WLS and tribal reserve areas.
3. Write to the Andaman and Nicobar administration to restore the Restricted Area Permit for Great Nicobar, which is the only home of the Shompen tribe, and to fulfil the basic requirements of island residents such as regular ship services and starting charter flights again.

Uday Mondal was born and brought up in North Andaman. He has a Bachelor’s degree in Business Administration and is currently pursuing a Masters in Disaster Management. He moved to Great Nicobar Island in 2018, and enjoys documenting the flora and fauna of the island.