With inputs from Malaka Rodrigo

In southwestern Sri Lanka, people came together during the COVID-19 lockdown to rescue dozens of short-finned pilot whales from a mass beach stranding.

In November 2020, Sri Lanka had imposed a second national lockdown as COVID-19 case numbers surged higher. In Panadura, a village 30 km.  south of capital city Colombo, fishermen who continued to eke a living at sea, saw a black wave rushing toward the shore one afternoon. A closer look revealed that the wave was a herd of short-finned pilot whales Globicephala macrorhynchus that were beaching themselves. Aghast, they rushed to the police so that the whales could be rescued before they died on land. “We tried to push them back to the sea, but they kept returning to the beach as if they wished to commit suicide,” said Upul Ranjith, one of the fishermen that reported the stranding.

Soon, 28 personnel from the coast guard along with dozens of volunteers obtained curfew passes and spent the next 16 hours conducting a massive rescue operation. They had to be pushed off the beach, and repeatedly guided to deep waters, against the strong waves of the Laccadive sea. “It is similar to having the whales stuck on a treadmill for hours,” explained Asha de Vos, a marine expert who identified the species. It was not a simple mission – the tired whales were huge in size and kept returning to the beach, and divers were constantly in danger of colliding with them.

Eventually, the sun was beginning to set and the sky was too cloudy to rely on moonlight. Darkness would only render the operation next to impossible! Luckily, a few off-road enthusiasts who wanted to help brought their jeeps on a ferry to sea and switched on the floodlights and lit up the sea! Many of the rescuers had spent hours in the water already, but refused to give up. By the next morning, the team was able to escort over a hundred pilot whales back to sea. Unfortunately, at least four of the whales died due to exhaustion and one washed up at a beach a few kilometres south of Panadura. But if the operation hadn’t been conducted, all of the whales may have perished. The short-finned pilot whale, like many other cetaceans, uses sonar to navigate the ocean and could possibly have been disturbed by a man-made source of sonar. However, conservationists have not ascertained why this particular herd at Panadura beached themselves. 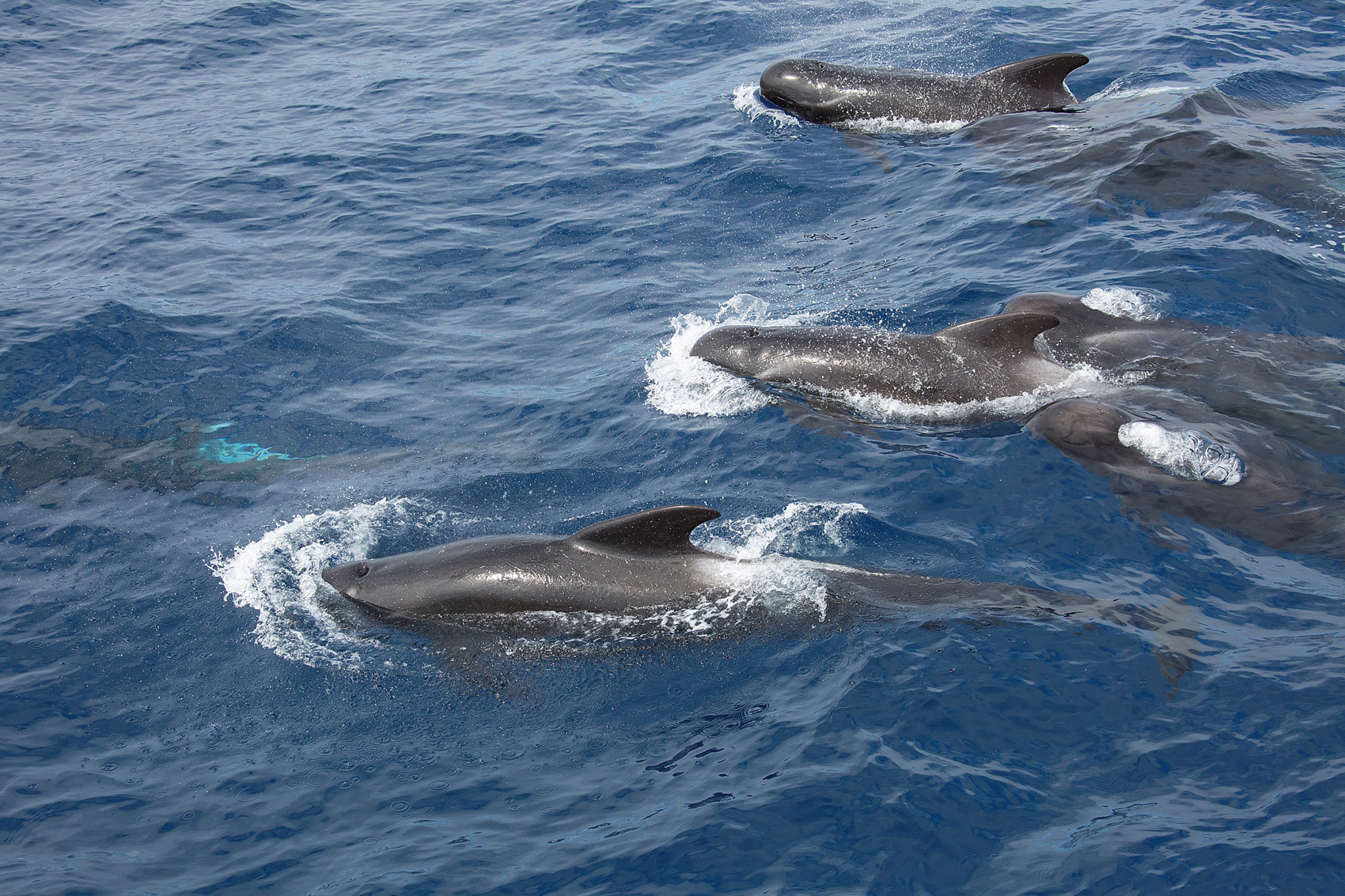 Cetaceans (whales and dolphins) strand themselves for various reasons, like sickness or injury. Species that use sonar to navigate get disoriented by man-made sonar, and accidentally beach themselves. This is why sonar is considered a marine pollutant! The distressed calls of a whale beaching itself may attract others, causing a mass stranding.

The Sri Lanka Coast Guard, Navy, local fishermen and volunteers and scientists from several of the country’s environmental organisations were involved in the massive rescue operation!