It was a freezing winter morning in the Melghat Tiger Reserve, Maharashtra. Despite the chilly January air, the wilderness called; so we clambered into an open-top gypsy and Nehru dada drove us off into the forest, where an unexpected encounter awaited!

For the first half hour, the forest remained quiet, reluctant to offer up its secrets so quickly. No birds flitted by, and no sambar ambled about. The silence was deafening. My friend Tapasya, our guide Ashok Athwale and Nehru dada sat quietly, waiting, wondering if the winter was making the animals retreat into their homes lazily this morning.

Our thoughts were interrupted abruptly when Nehru dada suddenly whispered – “leopard!” We swiveled our heads and there it was! A handsome, young male sitting on the dusty forest road. For a few seconds, we could not believe that we were actually looking at a leopard that had casually settled on the road in front of us. I hurriedly took my camera out wanting to capture a few images before he vanished into the forest. 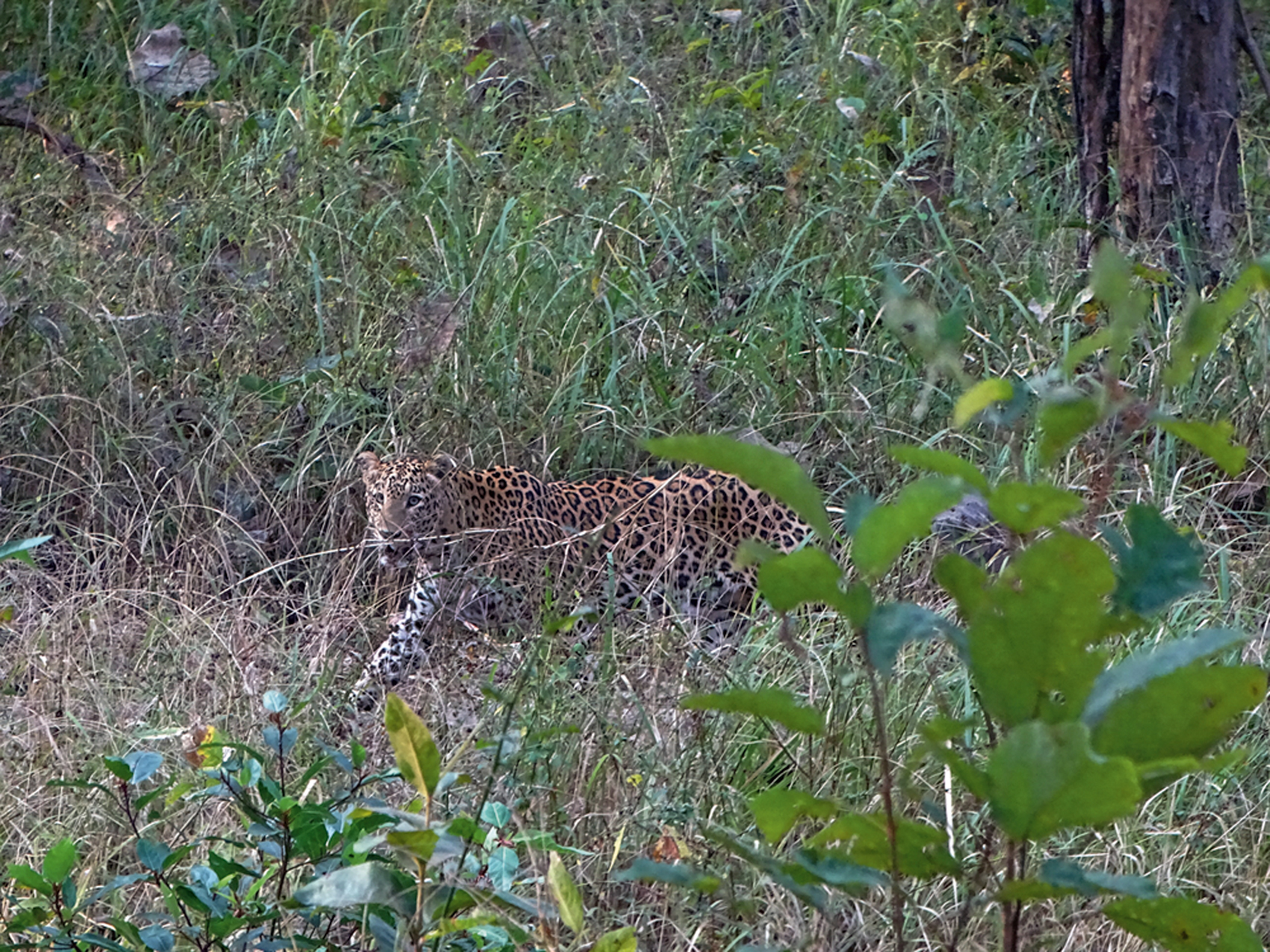 This Land is My Land

To our astonishment, the leopard didn’t try to evade us. Instead, he purposefully turned and began walking slowly and steadily in front of us, as if leading us through the jungle. He approached the crocodile bark tree Sajad, turned his back towards it, smelling the tree and proceeding to spray on the trunk. He then began to pace across the forest road, stopping to scratch the ground. In the middle of the road, he bent down to sniff at something and shot a fierce look at us. The nuzzling, scratching and squirting indicated that the leopard was marking his territory and he continued to do this repeatedly while walking across the road. 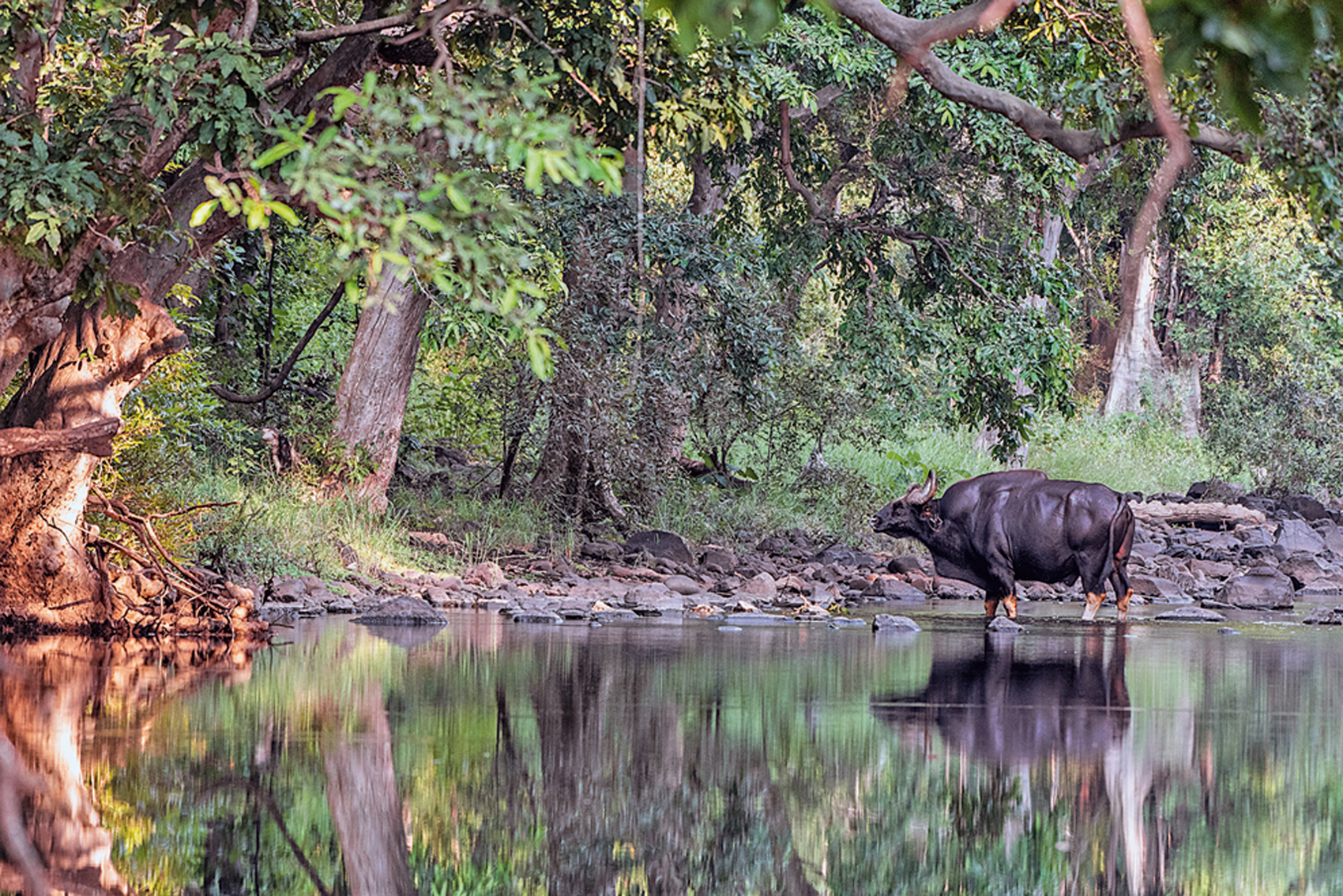 We followed him for more than a kilometre up to Sadhubaba Gate. Even Nehru dada’s attention was completely held by the cat, and our gypsy happened to run over a small dry branch that had fallen on the ground, producing a sudden cracking sound. The leopard stopped instantly and turned to give us a fierce look for a few wary seconds. Then he sat at the corner of the road to rub his face with his paws. When he got up again, we continued to follow him for over 45 minutes, making sure to keep a safe distance. No other vehicle had entered from this gate today, and so the jungle was undisturbed. For the rest of the journey, he hardly paid us any heed. 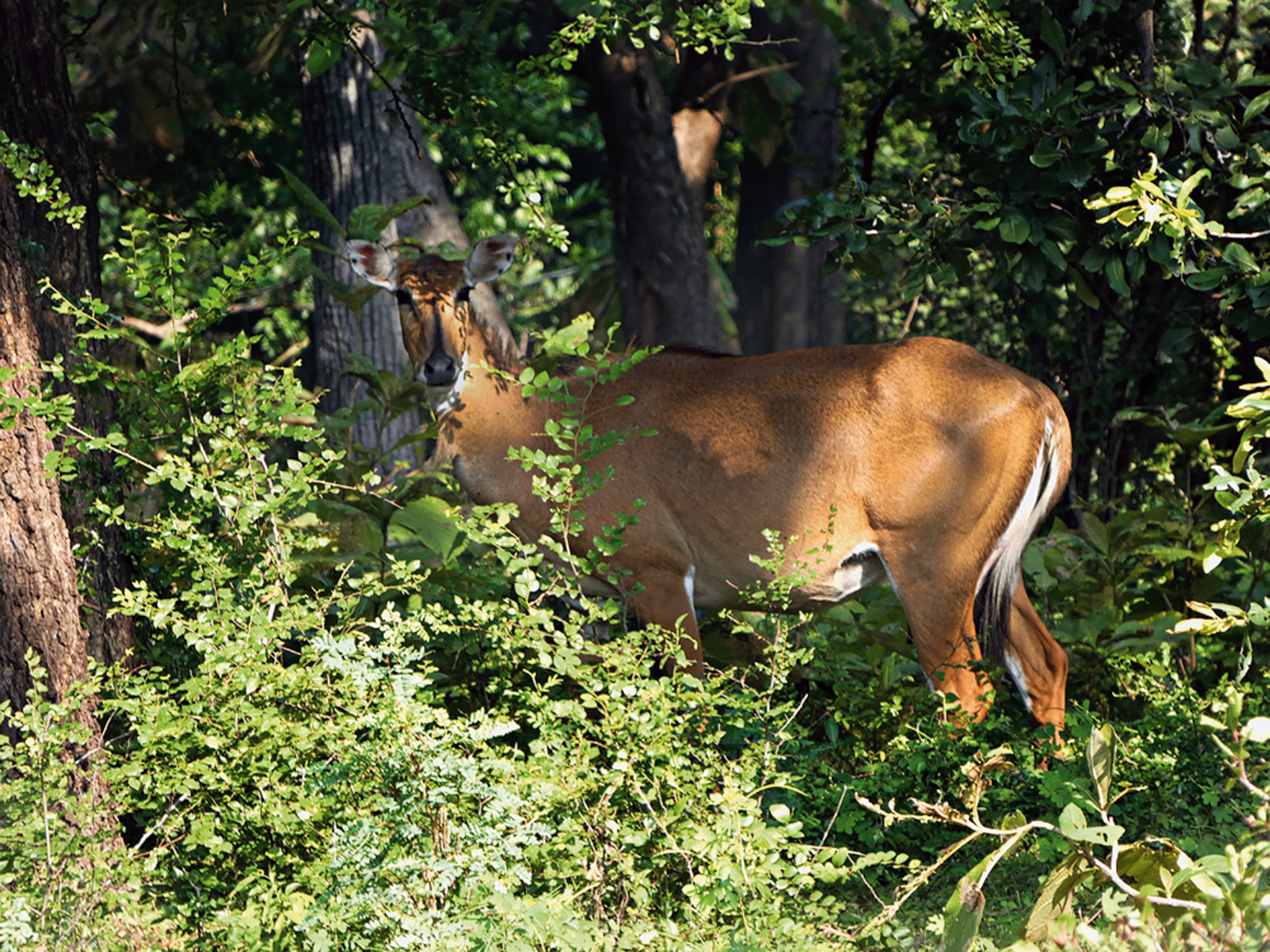 Finally, the leopard disappeared into a meadow 400 m. before Khari Junction, after completing a nearly three kilometre journey with us. Melghat is not well known for easy tiger or leopard sightings, so this encounter was very special for us. We continued our safari to the other end of the forest, where we saw another leopard, well camouflaged nilgai, chital, peacocks, a jungle fowl that darted away when it sensed our approach, a beautiful sambar and a huge gaur! 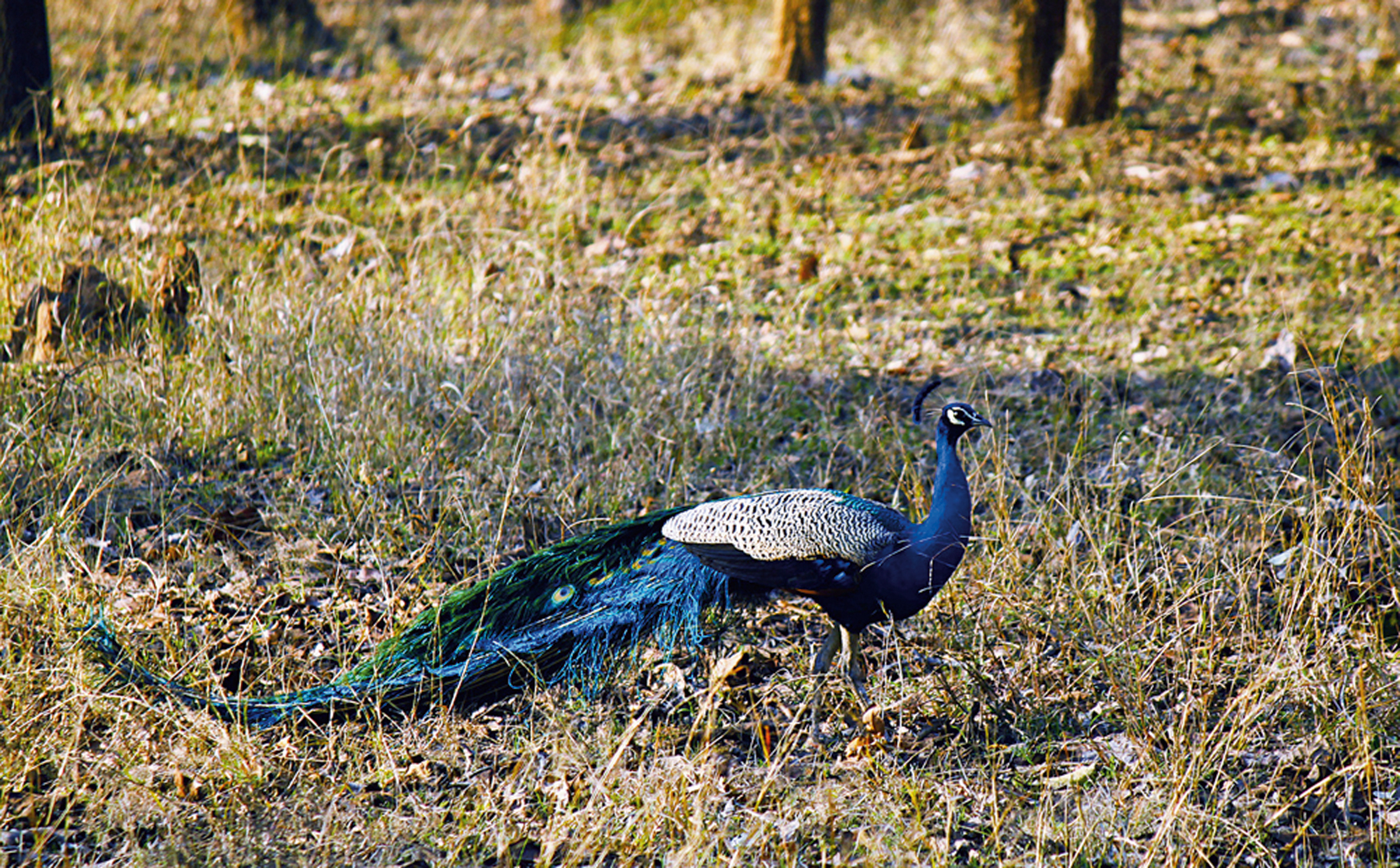 My friend Tapasya was eager to visit the Muthwa Community Research Centre, set up by the Nature Conservation Society, Amravati, near Harisal village, which is almost like a second home for me. We celebrated our sighting that dark, freezing night, tucking ourselves close to a bonfire and excitedly discussing the leopard’s behaviour. My father, who had missed the safari, told us about the presence of a tiger that had been noted in the same area last week. It had been found dead near Madizadap village. Leopards are seemingly prompt to grab a tiger’s territory.

When we shared the images and story of our encounter with Bittu Sahgal, the editor of Sanctuary, he exclaimed that it was the sweet result of the conservation efforts of the Forest Department staff, officers and various NGOs. The Melghat Tiger Reserve administration had worked hard to relocate 17 villages out of the core of this breathtaking Protected Area, to allow wildlife to flourish peacefully. I will never forget this chance leopard sighting – it will stay with me forever and remind me of my duty towards wildlife conservation.

~ If you visit Melghat, wear colours that blend into the forest so that you don’t distract the animals.
~ Follow forest etiquette strictly! Remember not to be loud or make sudden noises and movements.
~ Talk to your fellow travellers about the need to respect wildlife and follow the rules.