Sanctuary’s Mud on Boots Project is a booster programme that has been designed to support grassroots conservationists across India. Selected individuals – we call them Project Leaders – receive a monetary grant and other customised support from the Sanctuary Nature Foundation (SNF) over a two-year period. The project focuses on those whose conservation leadership potential is overlooked by large organisations and government agencies because of limitations such as a lack of academic qualifications, access to technology or language barriers. Our Project Leaders may not fit the mould, but they are self-motivated, dedicated, knowledgeable, innovative, eager to learn, and are making a real difference on the ground, often against formidable odds.

In every issue of Sanctuary Asia magazine, we share their updates from the field. You can donate to this unique Sanctuary initiative here. 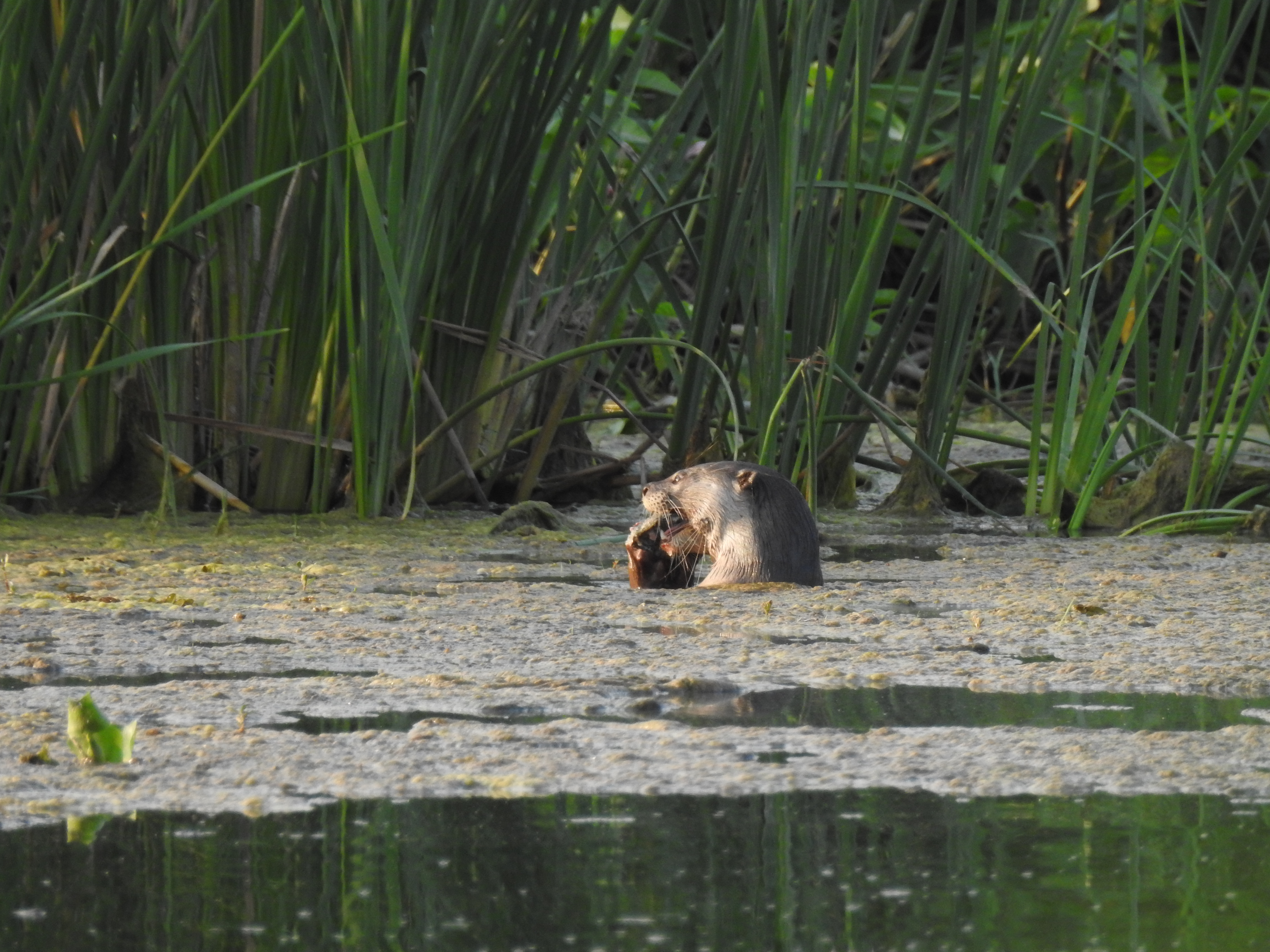 With fieldwork at a standstill because of the ongoing pandemic, Project Leader Malhar Indulkar is focusing on creating resources for conservation advocacy in Maharashtra! With support from SNF, Malhar is collaborating with conservation enterprise Technology for Wildlife to create maps of otter presence along the Tillari and Terekhol rivers in Sindhudurg district. These maps, created using survey data collected over several years, will be a useful resource to identify riverine stretches that are of conservation priority, will strengthen local conservation movements against destructive practices and industries, and will provide a baseline for future studies on otters in the region.

Apart from the previously collected data, Malhar has started measuring and mapping listed riparian sacred groves and Reserve Forests along the two rivers in the district. He plans to also document turtle and fish species along specific stretches of these rivers. 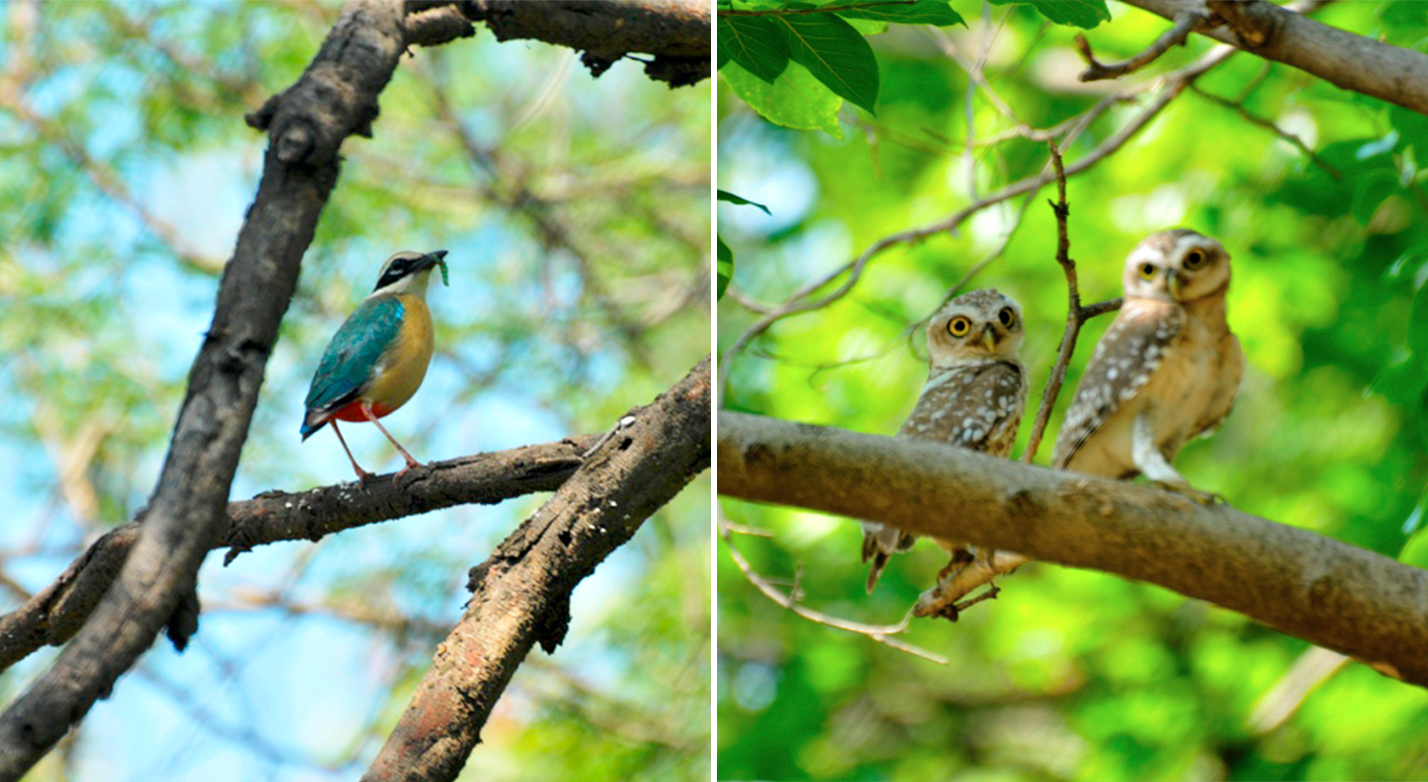 In Haryana’s remnant Aravalli forests, Project Leader Sunil Harsana resumed his documentation, restoration and protection of Mangar Bani with assistance from the young members of the Mangar Eco Club. Over the past two months, Sunil and his team recorded 89 species of birds in the forest, including four species that have been recorded by them for the first time. These are the Brown Hawk Owl, Black-naped Monarch, Jungle Nightjar, and Long-tailed Nightjar.

This monsoon also saw the plantation of over 700 saplings of indigenous tree species in degraded parts of the forest and the neighbouring cremation ground. Plantation efforts saw the participation of not just Sunil and the children from
the Eco Club, but also of village elders, including the Mangar village sarpanch.

In September, Sunil also attended a training programme in the application of Remote Sensing, GIS and GPS in Forest Resource Assessment hosted by the GIS Centre for the Forest Research Institute (FRI), Dehradun, a flagship research institute, under the aegis of Indian Council of Forestry Research Education (ICFRE).

With social distancing protocols in mind, Project Leader Bhuvaneshwara H.C. has pressed pause on his outreach work, and shifted his focus to nurturing native saplings, attending wildlife rescue calls, and keeping tabs on and reporting illegal activities in the forest. Recent rescues have included a checkered keelback that was caught in a fishing net, and an Oriental Darter that found itself stuck in a home in Kulkunda village.

In August, Bhuvan met with the Range Forest Officer of Sullia Range to discuss the issue of human-elephant conflict in Mandekolu village, which is considered amongst the top conflict hotspots in the Dakshin Kannada district of Karnataka. Bhuvan is assisting the Forest Department in their surveillance of elephant movement in the area and in implementing a motion sensor alarm system as an experimental mitigation measure.

In September, Bhuvan gave a virtual lecture on “the role of humans in natural disasters” to students and faculty of K.S.S. College, Kukke. Over 88 students attended this webinar. 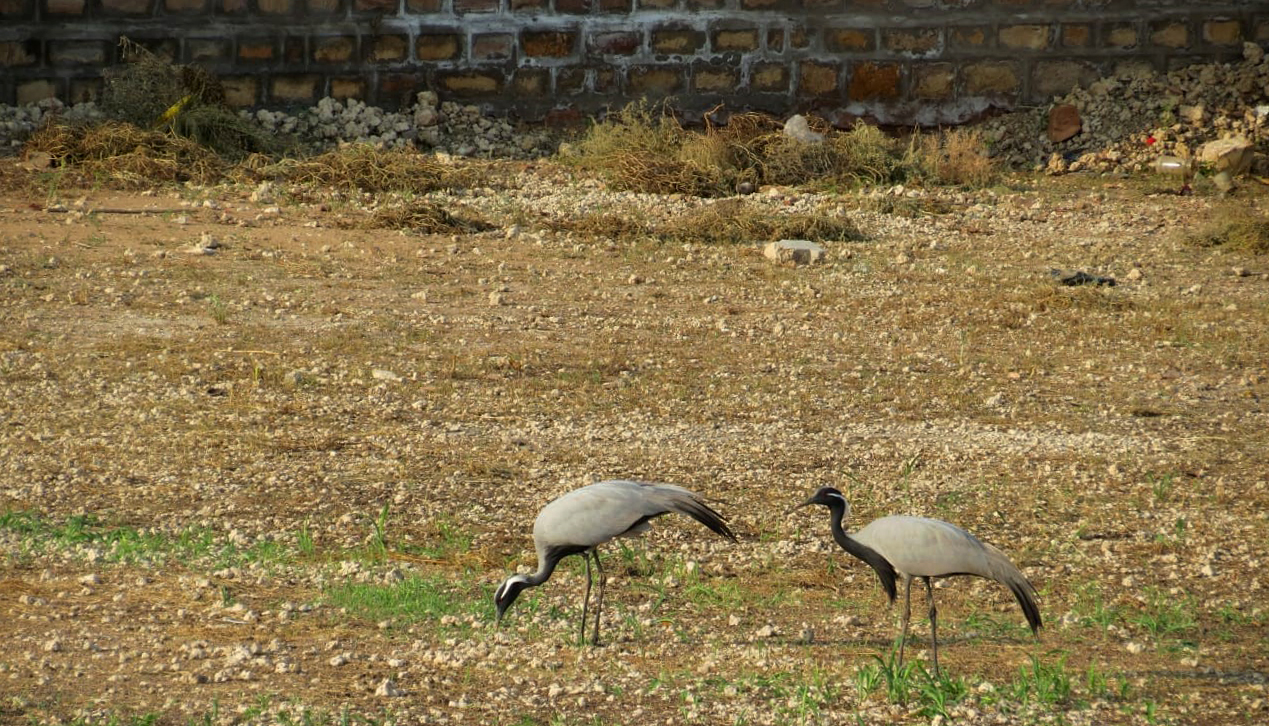 For close to two decades, veteran conservationist Sevaram Parihar has been protecting the thousands of Demoiselle Cranes that annually pass through the small village of Khichan in Rajasthan. This monsoon, Sevaram mobilised his village community to maintain and clean their 122 m. x 61 m. feeding ground. With support from local government authorities, the grounds were cleared of litter, and invasive weeds were uprooted. Demoiselle Cranes undertake a difficult migration, flying over the great Himalaya at a height of upto 7,925 m., from southern Europe, northern Africa and even Russia, to reach their humble wintering site in Khichan. Parihar is synonymous with these elegant cranes, and received a grant from the Mud on Boots Project in 2017 in recognition of his persistent conservation work.

Since May 2020, Project Coordinator Maitreyee Mujumdar has been organising webinar lectures for our Mud on Boots Project Leaders. Each session includes an expert speaker who holds forth on their area of expertise for 40 minutes, and is followed by discussions with the group. In addition to these expert talks, our Project Leaders have also been presenting their own work to the SNF team in an effort to improve their public speaking skills. On August 6, 2020, alumni Project Leader Rajeev Chauhan, a field biologist and conservationist based in Etawah, Uttar Pradesh, introduced our team to the biodiversity of the Chambal river, threats faced by the critically endangered gharial, and his conservation efforts via his network of local volunteers known as Chambal Mitras.

On August 14, 2020, alumni Project Leader Tsuseki Yimchunger took us on a journey into the rich forests of Fakim, Nagaland. He inspired us with the story of how he established the Bhutan Glory Eco Club, is promoting biodiversity documentation,
and engaging local youth in his conservation efforts!

On August 21, 2020, conservation researcher Trishant Simlai shed light on the little-known dangers of conservation surveillance technologies and their impact on local communities. In this eye-opening session, Trishant introduced us to terms such
as ‘conservation militarisation’ and prompted us to explore our individual ethics in this matter. He also spoke about Kumaon Maati, a grassroots ecotourism initiative in Uttarakhand, of which he is a co-founder.

The SNF team and Project Leaders feel privileged to learn from such a retinue of conservationists!