The Wild on Camera

In the shifting relationship we have with the natural world are hidden stories that have influenced us. Over the last 20 years, I have traced these stories and brought them to the world through the films I make, in the hope to create entertainment that inspires and compels meaningful change.

I was 21 when I entered the world of natural history filmmaking, leaving a corporate career and plunging into an absolute unknown. I only knew one person making wildlife films then – Praveen Singh. I joined him as a production assistant, travelling across Uttarakhand, Madhya Pradesh and Maharashtra, exploring the fragile coexistence of leopards and humans. I was not from film school, so I immersed myself fully into this project to understand how stories are found and how they are told for television. I watched him put two years of his life into chasing a very charismatic species across a very problematic landscape, while traversing a very delicate bridge. This involved negotiations with local communities, conservationists, hunters, scientists, forest officials, corporates, government bureaucracy, and broadcasters – with each having a bearing on the narrative of the film. ‘Indian Leopards – The Killing Fields’ released in 2003 and swept national and international awards, including the Student Emmy. It catapulted Praveen into the international wildlife filmmaking industry. That was something I wanted to emulate and I couldn’t have asked for a better learning ground.

The decade of 2000 became my playing field. I was hungry for practical training, so I worked across genres and platforms – wildlife documentaries, television commercials, magazine shows, feature films, quiz shows, regional cinema, music videos, science films and Hollywood features. I worked in whatever capacity anyone wanted to hire me. In my initial internships, I perfected the art of making coffee, coerced myself into field trips handling food and beverage, carried bags and tripods, stood behind cinematographers watching them shoot, brainstormed with writers, was once the fifth assistant director helping in costume continuity, worked for free logging footage so I could see how an editor works, bought a DSLR to learn visual sequence building, and edited out-takes to make short films. All this trained me in the intricate art of filmmaking.

This was also the decade when production houses from abroad came to India to film wildlife documentaries. It was, and is, an industry dominated by the West. Given the specialised field natural history filmmaking is, getting a foot in the door has never been easy. One has to gain international acceptance. At the time, foreign filmmakers had two requirements – a local cinematographer and a line producer. It was my duty to break into that tight circle. I started pitching for work as a line producer for foreign shoots – organising the entire production and getting involved in the creative process by offering practical, alternative local options for sequences. Whole new learning dimensions opened, allowing me to gain confidence by working closely with some of the world’s best film producers and directors. 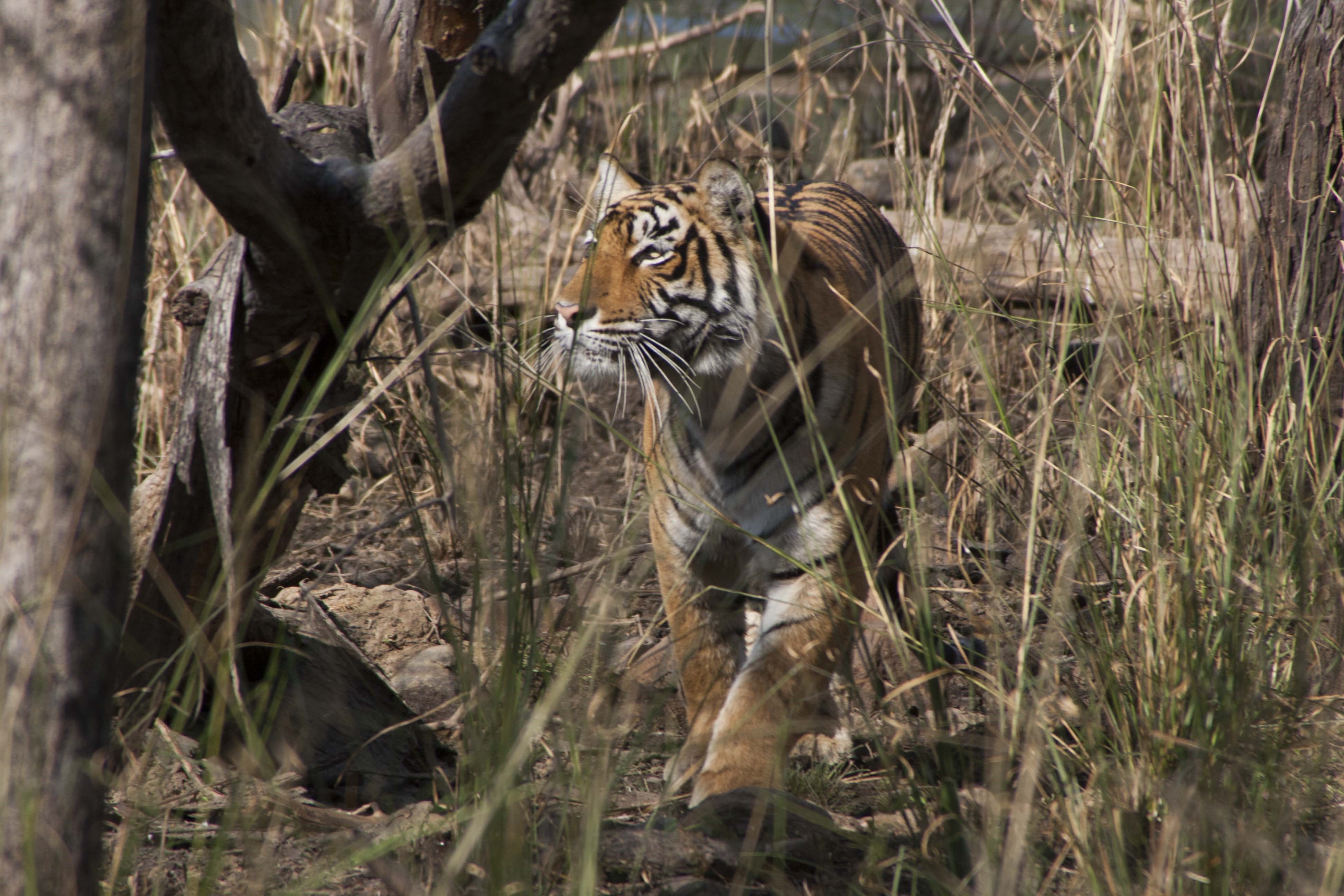 A still from the author's film 'Tiger Queen', about Machili the tigress in Ranthambhore in 2007.

To launch myself as an independent filmmaker meant that I not only had a bank of ideas, but a ‘sizzle reel’ – a trailer of sorts. I didn’t have any money to invest in a schedule to film and edit anything – all I had were concepts on paper. In India, there was no support for wildlife filmmaking, despite the presence of so many channels, including Discovery and National Geographic. Funding sources were in the U.S. and U.K. where channel headquarters and big production houses were. Nothing has changed.

I was not going to take a loan and have an ROI to live with, even before I had started. So, I started attending two major festival markets – Jackson Hole and Wildscreen. These Meccas of the natural history film industry were where commissioning editors, distributors, industry heads and leaders converged annually. It is here that I learnt the industry trends – what ideas worked, which did not, what formats were popular, what the latest technologies were. Also, who the key players were and, importantly, where the money was.

Soon I learned to refine a single concept into various versions and pitch it across broadcasters to see who bit into which style. I networked and made friends. To date, I attend these festivals, even when I have no ideas to sell. Sitting in India, not being face to face, or a coffee-meet away from a commissioning editor makes all the difference. You have to keep going back just to stay at par with the dynamics of the industry, showcase your work and stay alive in their minds.

Back then (today too), the one species that sold was the Bengal tiger. For everything else, there is competition from Africa, a continent dominated by big names. The African landscape allows ease of access to subjects over extended periods and permissions to film are relatively easier to get. Predictably, I started my career as an independent natural history filmmaker in 2011 with a tiger film. All that I had learnt over 10 years working across fiction and non-fiction, I put into this film. I continue doing that even now. Working in high demand settings that range from jungles and tent pole films to blockbusters and mega-series. My work involves crafting scripts, negotiating complex co-production deals and pushing broadcasters to put the natural world on prime time. Down the years, I ended up making over 100 films, covering blue chip, science, drama and conservation. Over 275 awards and nominations that resulted were gratifying! It’s been a tremendous learning curve over the past two decades… and yet… I still feel like I have just started. 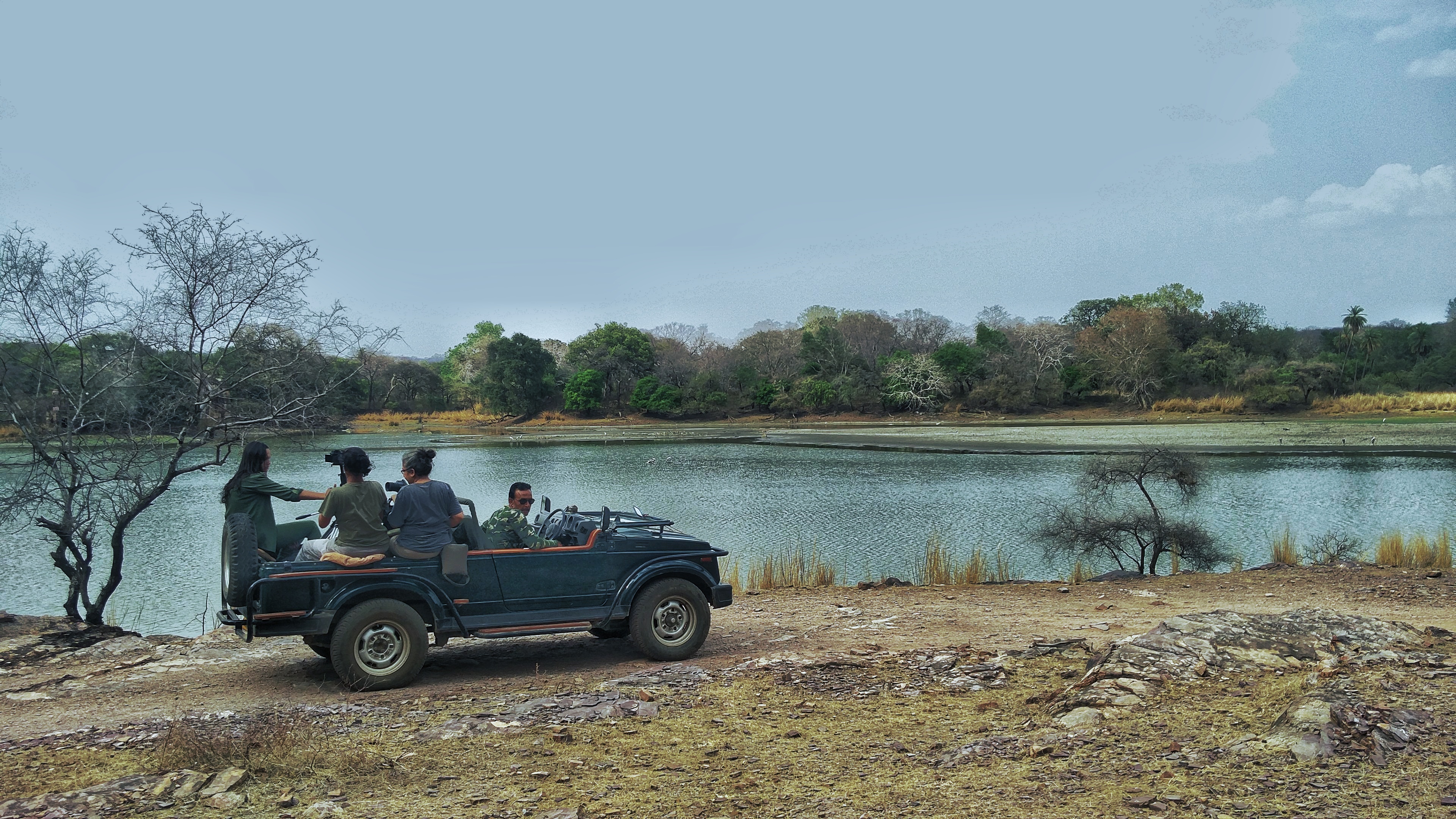 The author has worked on over 100 wildlife films shot across the Indian subcontinent in the last two decades. This still is from while shooting the series 'On the Brink' in Ranthambhore National Park.

Every new project is a start-up – finding funding sources, working through redtape, adapting to technological advances, living with financial instability, juggling work and family. It’s all part of the evolutionary process of a natural history filmmaker. The factors that make you stand out are how far can you push the boundaries of storytelling, how powerful the cinematography and how scaled up the production values can be? It’s this combination that determines whether you are lost in the crowd, go viral... or make history. Media and OTT platforms have, of course, emerged as the dominant new broadcast media.

When I started out, there were six prominent wildlife filmmakers in India, all vying for the same slice of the pie. There was high competition, gender bias, zero leadership, limited internships and no mentoring. Today, there is an army of emerging talent, especially with women entering the field and bringing diverse perspectives, and new aggression into this industry’s mainstream. But greater challenges lie ahead in the 21st century. Television is on the decline, new media is changing the rules of the genre, budgets have shrunk, the turnaround time for films is shorter, filming fees are skyrocketing, regulations more strict… and our natural world is in greater peril than ever before.

In India, natural history filmmaking is going to be vital to the well-being of a generation being forced to negotiate the minefield that is their future. Such filmmaking must be given the stature of an industry. It is without doubt the most powerful way to create awareness, educate and entertain the masses. This industry has the potential to generate employment and turn out a skilled labour force. It is this army of communicators that will influence policy, respond to new technologies, and bring about nuanced changes within society. Filmmakers do not really ask for much. We need policies that value and support Indian filmmakers and encourage emerging talent. Restrictions on filming inside PAs, lower filming fees, access to Government archives, research and knowledge sources and facilitation by trained film liaison officers are very small asks. To be globally competitive, and to showcase the natural wealth of India, we also need longer duration filming schedules. The list of recommendations is long! But the dividends to India and its brand equity will be huge.

Today, you can make a natural history film with any device and release it anywhere for people to see. But a powerful film – be it about an animal or an issue or for policy change – is one with sound science, high production values and great storytelling skills capable of engaging the audience and leaving them emotionally invested.

The people of this subcontinent were always empathetic to the natural world. A new generation has largely been disconnected from this empathy and rebuilding that connection could well be the difference between the survival, or death, of the ecosystems that gave birth to some of the greatest civilisations the world has ever seen.

Akanksha Sood Singh is a multi-award winning Indian natural history filmmaker, known for her brilliant storytelling, path-breaking films and mentorship programmes for emerging filmmakers. She is the founder of The Gaia People and the Women of the Wild – India & Pakistan series.