This June, the descriptions of three new species of geckos of the genus Cnemaspis was published in the ‘Journal of Zoological Systematics and Evolutionary Research’!

The new species were discovered in granite boulder habitats on the southern edge of the Mysore Plateau by a team comprising scientists from the Bombay Natural History Society and Thackeray Wildlife Foundation, Mumbai, and the Indian Institute of Science and National Centre for Biological Sciences, Bangalore. 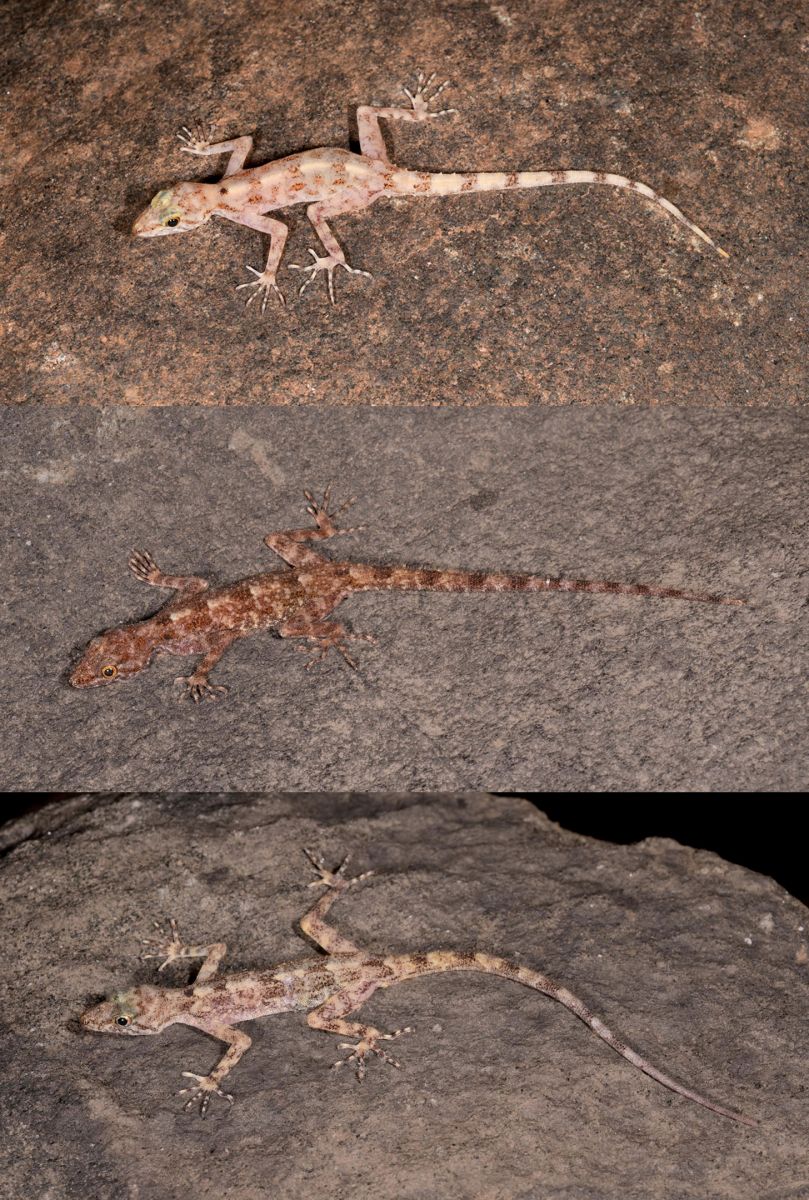 Notable findings from the study include that South Asian Cnemaspis is the oldest reptile group in India, and originated in the Western Ghats well over 50 million years ago! The three new species were found to be members of a novel clade (or group) that has been isolated from other members of the genus for over 15 and as much as 25 million years! The three new species are each only known from their isolated montane type localities (elevation > 1000 m. asl.) that are just 60–120 km. apart. Their discovery adds to the growing body of work that is revealing that the Indian dry zone is much more biodiverse than previously thought. 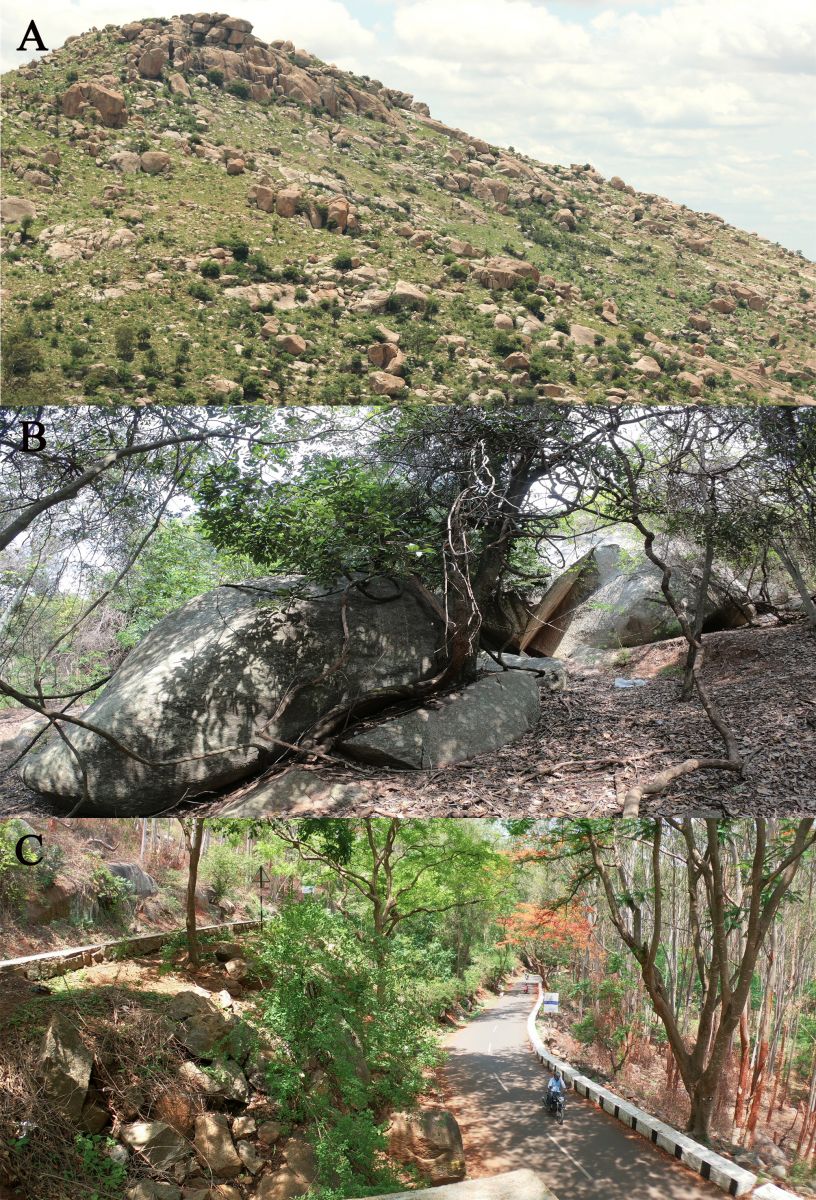 The discovery of these new species also gives us insights into how different groups have coped with past climate change – which can potentially inform us about the effects of future change. How has a group that is largely restricted to the cool forests of the Western Ghats managed to persist in the warm and exposed open rocky granite landscapes of the southern Mysore Plateau? The answer lies in the large granite boulder fields. Studies have shown they buffer against climate change by providing cool and stable microhabitats, with half the range of fluctuation, and temperatures up to 10°C cooler at a depth of just 1.6 m.

The discovery of the three new species and this deeply divergent group highlights the importance of these granite boulder habitats on the Mysore Plateau, and adds to a growing list of endemic rupicolous (or rock-living) geckos known from the region.