On May 27, 2016, a forest beat officer found the carcass of a tigress in the Chikhaldara Range of the Gugamal Wildlife Division in the Melghat Tiger Reserve (MTR), Maharashtra. He informed us and we immediately set off to the site along with Amlendu Pathak, an IFS probation officer. A subsequent postmortem revealed that the tigress was around eight to 10 years old, with a full stomach (that ruled out starvation as the cause) and no signs of injury. The tigress was later on identified as T15, thanks to photographic records. The stomach viscera were carefully collected and immediately sent for toxicological analysis to Nagpur to check for poisoning. The team was quite worried, since only 10 days prior, a male tiger had been reported dead in the same range. After the tigress’s parts had been collected for further investigation, her body was burnt.

Shortly after, a female tiger cub, no more than three to four months old, was discovered not too far from the site. We decided to keep the news of the sighting confidential. Camera traps were installed at ten chosen spots around the site, including in the cave and surrounding areas. Their footage was monitored daily by the Special Tiger Protection Force (STPF) staff, which consisted of local men and women who had attended six months of training and knew the terrain like the back of their hands.

Since tiger cubs cannot fend for themselves at such a young age, chicken meat was placed in the cave, with the hope that the cub would return in search of the mother and find the food. We grew increasingly worried when the cub did not show up at the site for the next three days. Then on June 31, the camera traps finally captured footage of the cub venturing into the cave. The next challenge was to provide support to the cub and ensure its protection. We began to monitor the movements of other animals in the area, especially that of tigers and sloth bears, and continued to place appropriate amounts of chicken meat in the cave. The cub showed up quite regularly. Interestingly, the camera trap images revealed that a civet had also begun to frequent the cave, lured by the meat. 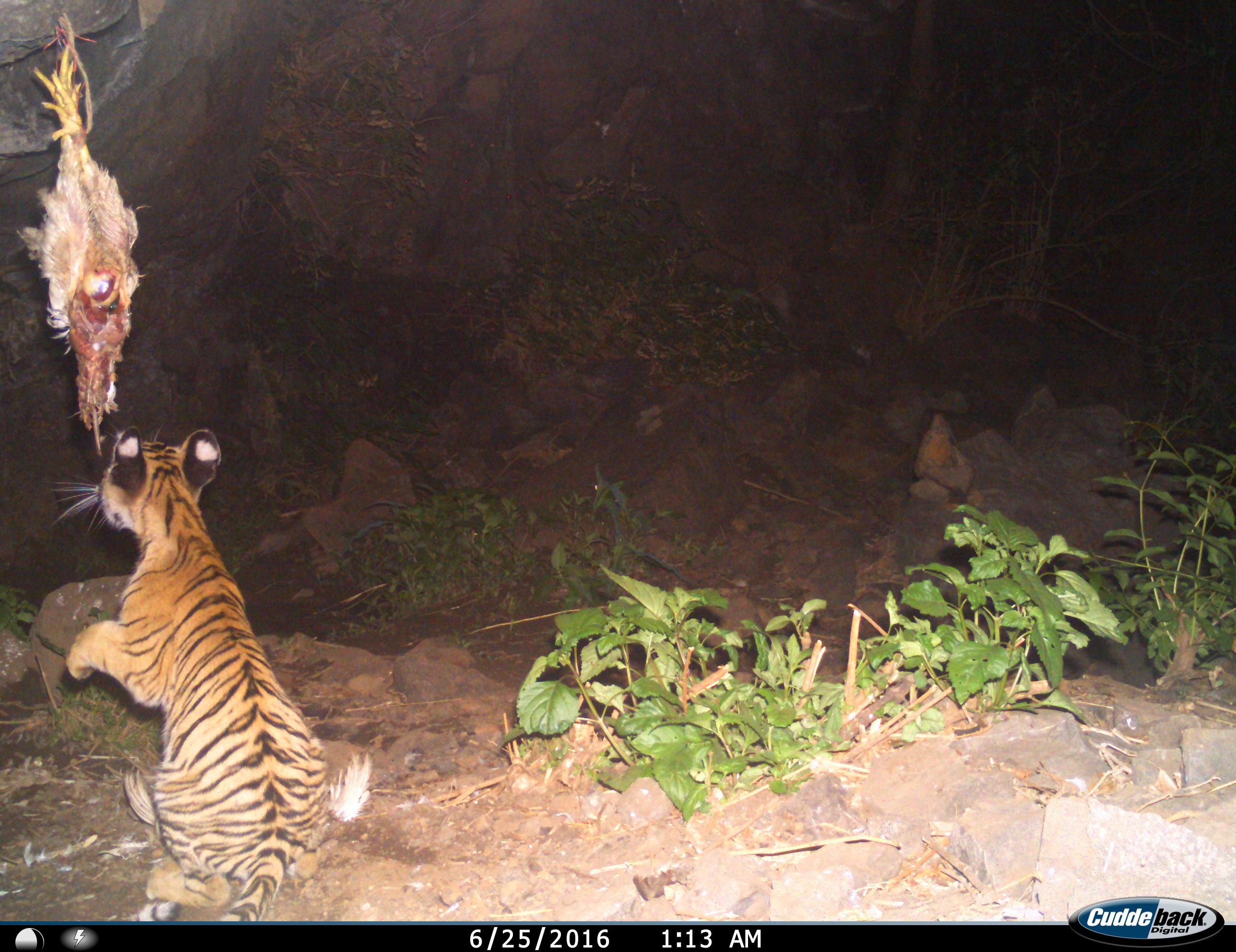 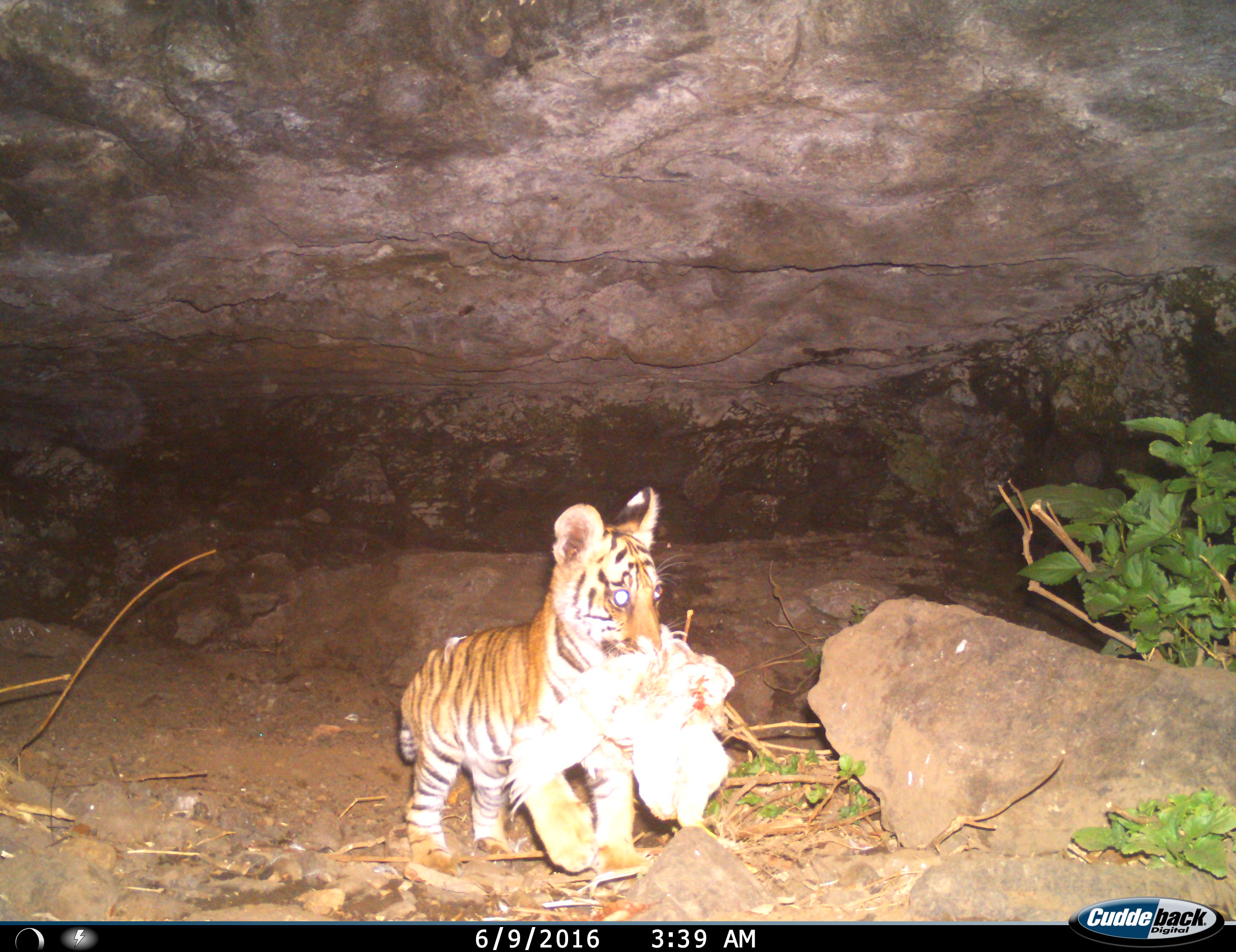 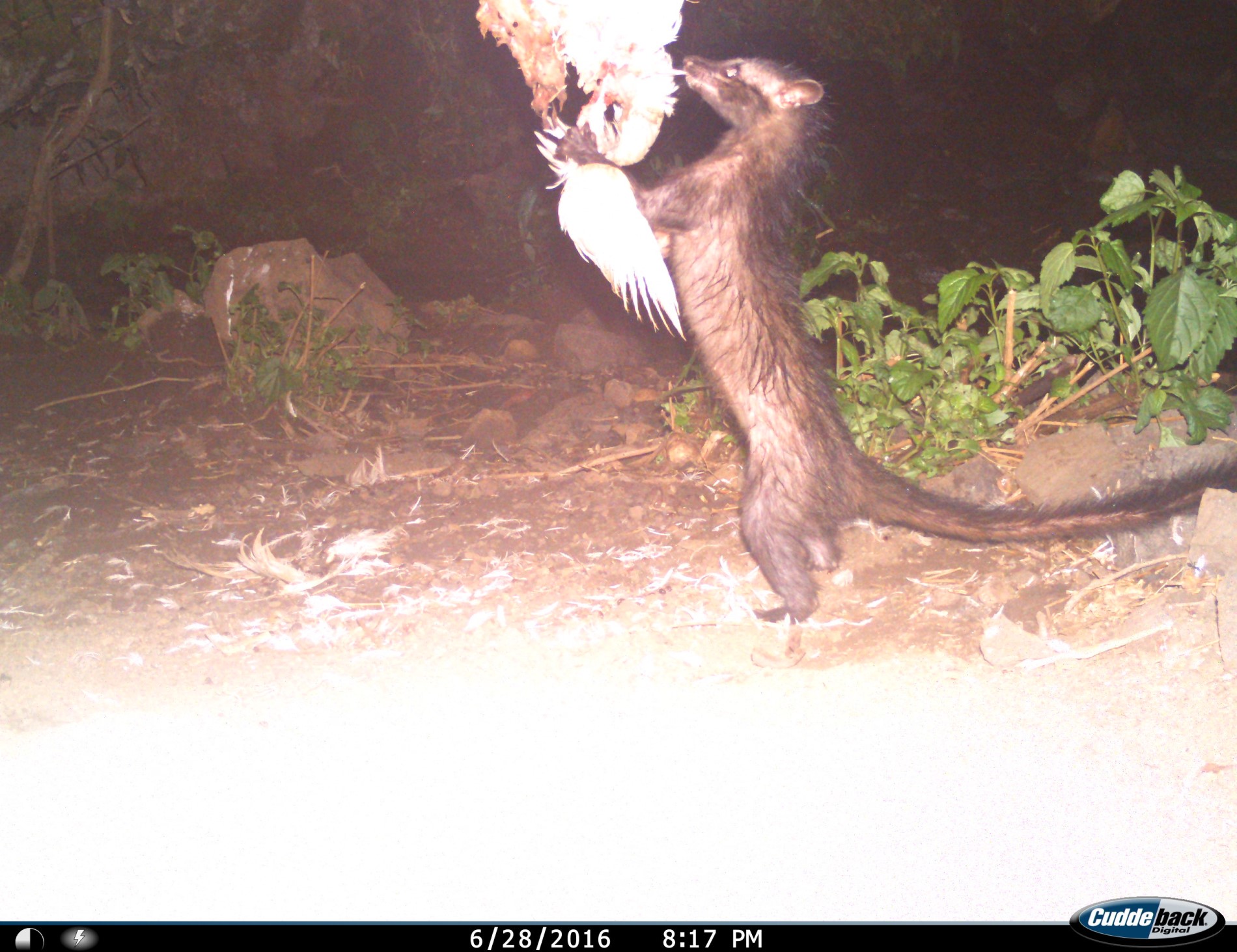 This delicate exercise continued for a month. Then, we decided to experiment a bit -- we placed a live chicken this time, hung at a height of one metre. We hoped this would ensure the civet couldn’t reach it, and encourage the cub to develop some hunting skills. Amazingly, it worked! Soon, we were placing two chickens instead of one, as the cub grew. Often, the cub would disappear for a few days at a stretch, and the monitoring staff would grow anxious until it showed up on the camera traps again.

We were relieved, and pleased that we were able to successfully help the tiger cub survive on her own in the wild. Usually, tiger cubs stay with their mothers for the first two years of their lives! Today, the cub is a fully grown tigress that freely roams the reserve and fends for herself. This challenging task taught us the importance of timely intervention, using our wits and the importance of monitoring technology.

Dr. Dinesh Kumar Tyagi is an Ex. IFS officer of 1987 batch and was than Field Director, Melghat Tiger Reserve. He retired as Principal Chief Conservator of Forests, Social Forestry, Maharashtra State. He was the recipient of the Award of Excellence in Rehabilitation by the National Tiger Conservation Authority in 2016 for Melghat Tiger Reserve. He has published 12 research papers in national and international journals.

Ravi Wankhede is a 2003 batch IFS officer who was then Deputy Conservator of Forests, Guggamal Wildlife Division of Melghat Tiger Reserve.

Dr. Sunil Sharma is a 2012 batch IFS officer and a qualified veterinarian who was the Deputy Conservator of Forests, Sipna Wildlife Division of Melghat Tiger Reserve.