India is witnessing a drastic exotic pet trade crisis. There has been a meteoric rise in the demand for exotic animals as pets in recent times. Every year, thousands of wild animals are smuggled into and from India as part of the much larger and nefarious exotic pet trade. The illegal wildlife trade is one of the biggest organised crime sectors in the world, ranking only below drugs, arms and human trafficking, and is ravaging more than just biodiversity. It is also destroying livelihoods and reportedly even funding terrorist and private militia activities, putting national security of nations and basic human rights at risk. Kangaroos, tortoises, pythons, parrots, marmosets, lemurs, other primates, among others, make up the ostentatious and long list of exotic animals (some of them critically endangered and rare) owned by people in the country.

Purchasing an African Grey Parrot, or an Arapaima fish, or even a red-eared slider turtle to keep as a pet may appear to be a harmless transaction. But, the problem runs deeper, rupturing layers of ecology, environment, humanity, and ethics. It is also hard to ignore the shocking levels of animal cruelty involved, considering the conditions in which wild animals are captured, transported, housed in captivity, bred and displayed! It’s the stuff of nightmares. 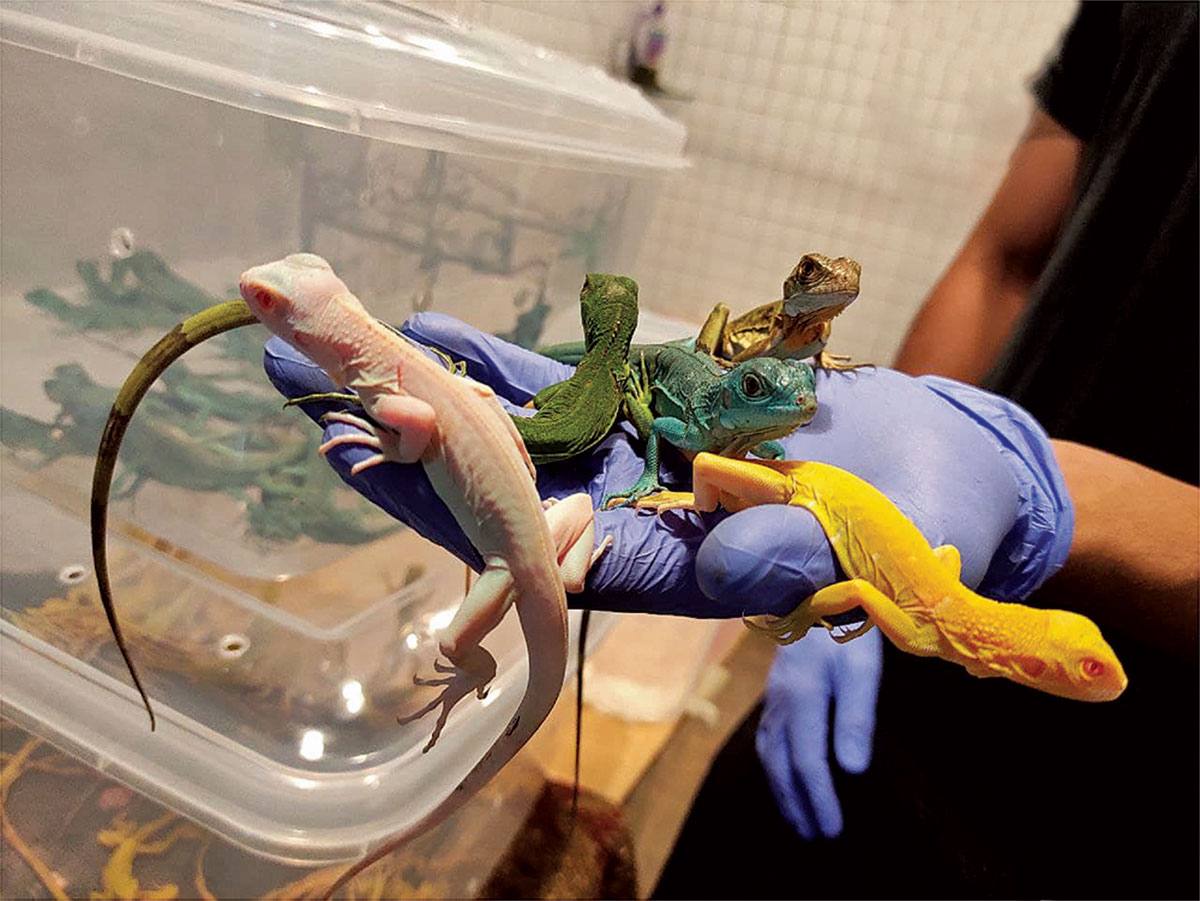 Reptiles are in high demand as pets, with over 80 reptile species recorded in trade in India, many of which are categorised as critically endangered and vulnerable by the IUCN Red List. Photo: Courtesy RESQ CT.

In India, trade in native species is prohibited under the Wild Life (Protection) Act, 1972. But, trade in exotic species does not fall under the Act’s ambit, leaving a gaping legal hole in the country’s wildlife protection system.  This is ruthlessly exploited by those involved at various levels of the wildlife trade supply chain. Even the provisions of the international treaty to regulate trade in wild species under CITES (Convention on International Trade in Endangered Species of Flora and Fauna), which India has been a signatory to since 1976, are not well legislated or enforced on the ground. Currently, CITES provisions are implemented largely through the Customs Act, 1962, and are enforced only at the border, where smuggled animals and animal parts are seized. Once inside Indian territory, consignments are more or less untouchable, as no law or policy has been designed to apprehend people illegally owning exotic animals.

Thankfully, this status quo is on the precipice of change... for the better. One of the new amendments included in the Wild Life (Protection) Amendment Bill, 2021, is to implement the CITES provisions to regulate international trade in wild animals and plants. The Bill is at an advanced stage in the parliamentary process, and has been passed in the Lok Sabha as of August 2022. This law, when passed, will come with its own challenges
of enforcement and capacity, but is a much-needed step in the right direction.

While amending the law is necessary to combat illegal wildlife trade, it is equally necessary to create awareness and sensitise people to stark truths about the brutal live animal trade where ignorance and apathy reign. Highlighting the illegal pet trade and educating the masses about this multi-layered issue is crucial. 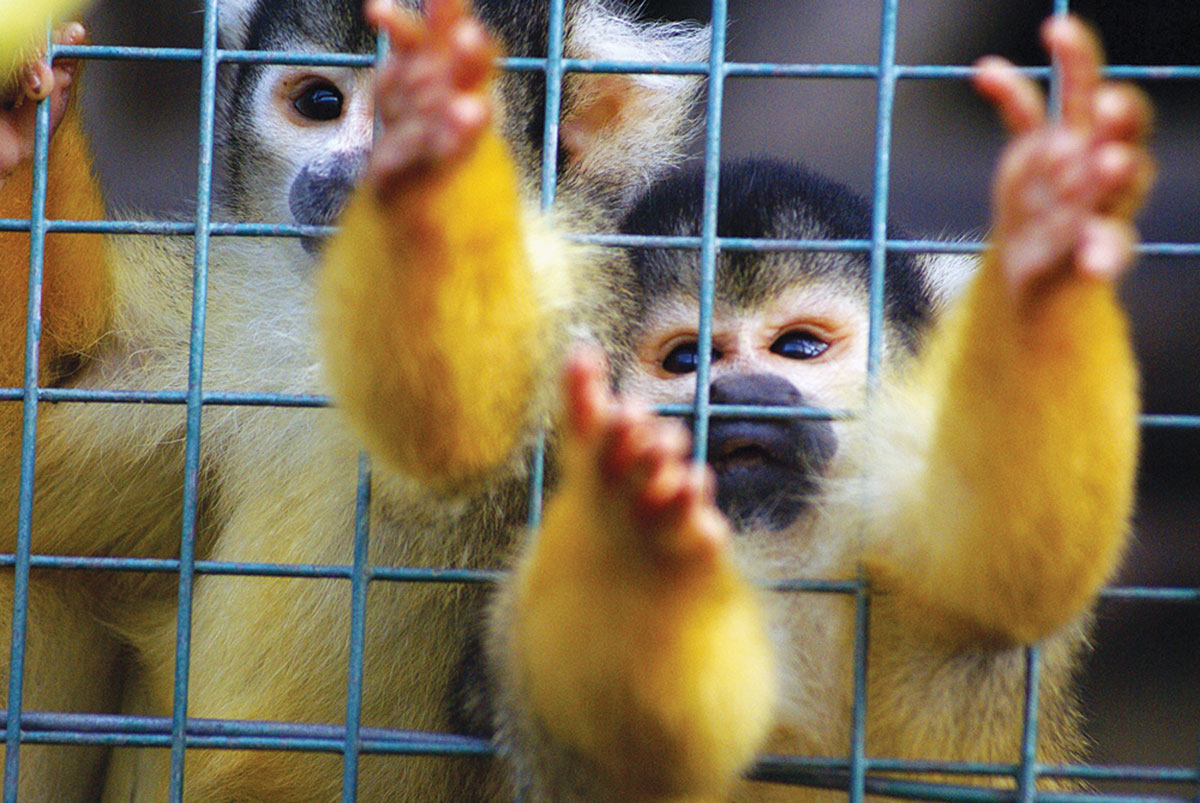 Myriad exotic species, including several monkeys, are kept as pets in India and this demand is on the rise (representational image). Photo: Public domain/pxfuel.com.

In October 2021, the Wildlife Conservation Trust (WCT) launched the #TrappedInTrade awareness campaign to launch mainstream conversations concerning the rapidly growing demand for exotic wild animals within India. This year, during National Wildlife Week, October 2-8, 2022, WCT, in partnership with RESQ Charitable Trust, will take this campaign forward. The idea is to highlight the ills of the exotic pet trade, their impact on biodiversity, ecosystems and people. Also, the urgent need for stronger laws to regulate the trade in exotic animals in India.

It’s time that we in India understood that illegal wildlife trade directly contributes to species extinction. You can support the #TrappedInTrade campaign by pledging never to buy, breed, or keep wild animals as pets. You can also engage with the campaign on social media and join us in amplifying the message to raise awareness.

To know more about, sign the pledge or participate in our campaign, do visit: www.wildlifeconservationtrust.org