Notes from a Field Assistant

If you’re a scientist or a researcher who has ever conducted field research, you’ve probably hired one of us – a local field assistant, an insider, a guide, an interlocutor – who is vital in introducing you to local families, the people you call ‘respondents’. We help you collect data, and sometimes, we collect it for you. In return, we are given stipends, honorariums, and occasionally a few additional incentives. While some lucky ones make it into the ‘Acknowledgments’ of your reports and publications, most of us are forgotten when your fieldwork ends. But for us, the story doesn’t end with your departure. Our story continues to include you. Mine is one such story.

I belong to a small community called the Idu Mishmi. I live in the tiny frontier town of Anini, the headquarters of Dibang Valley district, the 26th district of Arunachal Pradesh. Anini is surrounded by pristine forests and mountains, which are the habitat of many globally endangered species such as the tiger, Mishmi takin, red panda and Himalayan Monal. Our rich culture is now known the world over for its unique role in preserving these incredible living beings.

Over the past six years, I have worked with several outside researchers who have come to Dibang Valley to study a range of issues. And now, I am working towards establishing myself as an independent researcher.

I met Dr. Sahil Nijhawan for the first time back in 2014. He had been in Dibang Valley for a year, conducting Ph.D. fieldwork on understanding human-animal relations in the valley with Iho Mitapo, another Idu Mishmi field assistant, who had assisted him in placing camera traps in the jungle. Sahil was keen on understanding Idu culture focusing on eyu-ena – a system of ritual restrictions and taboos (read more about it in our paper) and how it relates to the forest and wild animals. When we began working together, I did not know what to expect. I didn’t know what researchers did, or even what research was! My school scores weren’t high enough to get me into a renowned university where one might learn about research. Besieged with financial and domestic complications, I paid my way through a local college by handweaving and selling traditional women’s wrap-arounds. It was tough. I wanted to study further but I simply couldn’t weave to pay for another degree.

All I knew was that Sahil’s research was related to wildlife, but at that time, I had no interest in animals, wild or domestic. I didn’t know what being a field assistant would entail. I agreed to it because English-speakers have always intrigued me. Studying in Anini’s under-resourced government schools meant that we were rarely taught English or mathematics. 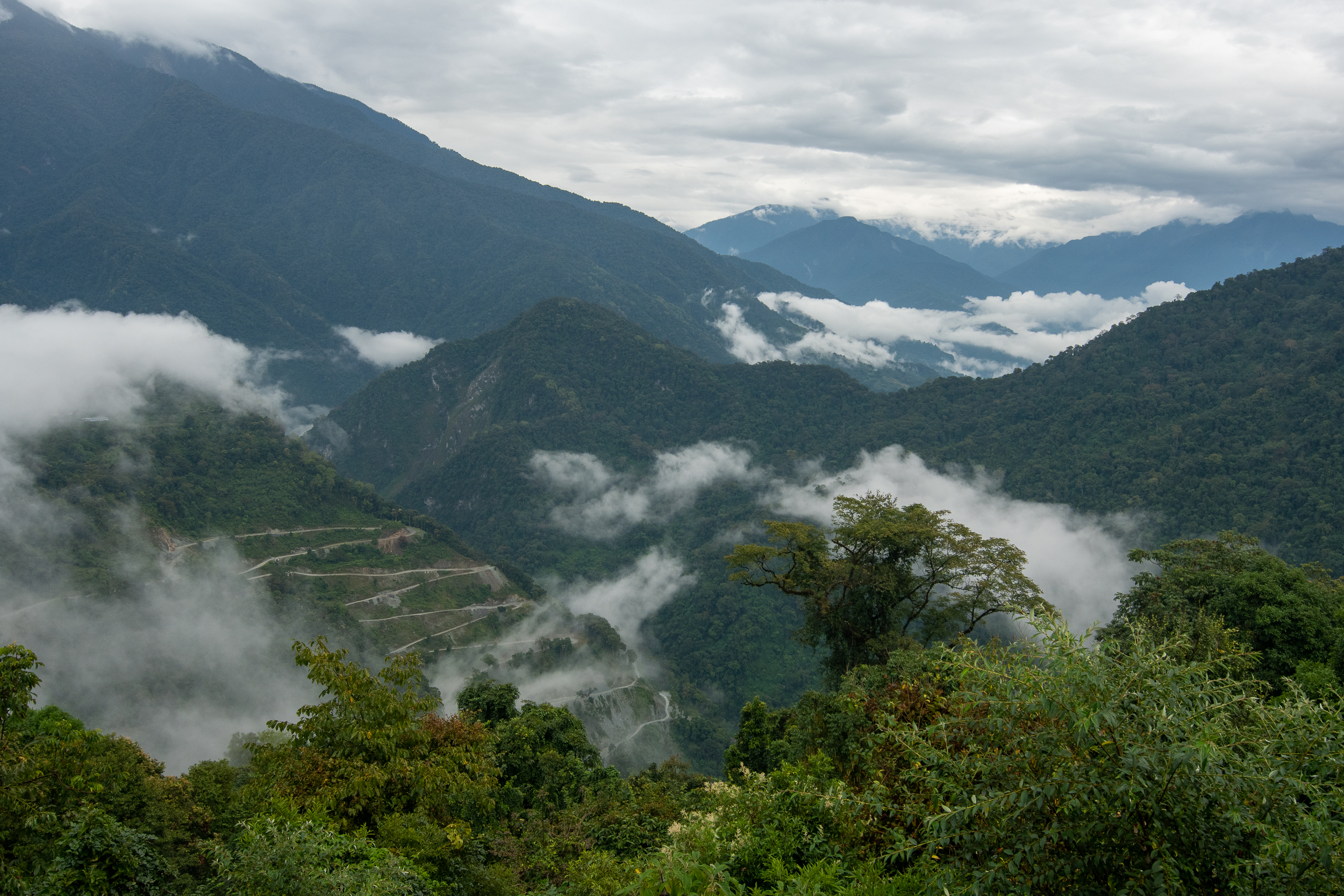 The Dibang Valley is a parcel of the Eastern Himalayan Global Biodiversity Hotspot that includes a diversity of vegetation, from bamboo thickets to temperate broad-leaved forests. Photo: Saurabh Sawant.

From the start, it was hard work. We often worked from 9 a.m. to 8 p.m. One week, we worked 19 continuous hours a day, entering data into Excel sheets. It was Iho’s and my first time learning the Excel software – all those boxes! Over the next nine months, we conducted hundreds of interviews, and spent countless hours with Idu igus (shamans) to understand whether people in my community still followed eyu-ena; how they feel about different facets of our culture, their views on the condition of education, health, development and road connectivity, and what they think of tigers and wildlife reserves.

Through this research, I realised that eyu-ena sets us apart from the rest of the world. It serves so many purposes. The ongoing COVID-19 pandemic has made me appreciate another fascinating aspect of it – our hunting taboos mandate all those who eat meat maintain physical separation from non-meateaters and avoid social gatherings for one to five days – this is a form of social distancing! Even our elders used to say that the more closely we follow our traditional taboos, the longer we’re likely to live. Now, this makes a lot of sense from the perspective of public health.

Personal revelations aside, I wondered why Sahil was collecting this data. I would see him making notes, copious notes, every day. I was curious to read them, to learn what he was writing about my community. I asked him questions incessantly about his intentions and research, just like he asked us about our culture. A mutual curiosity. 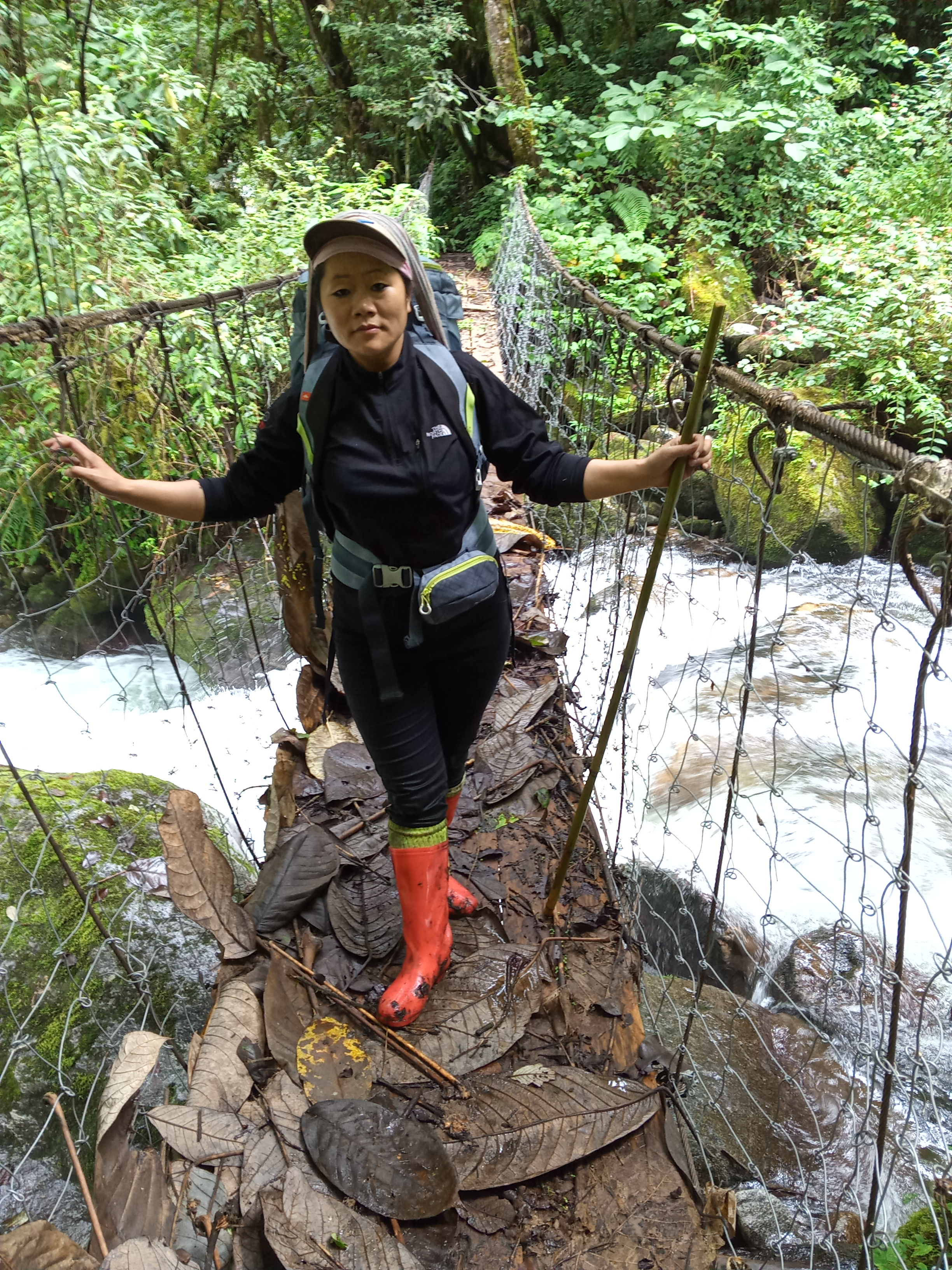 A Host Of Possibilities

In November 2019, Dr. Aiyadurai, another long-term researcher in Dibang Valley, organised a seminar for researchers to share their findings with locals, and I was given the opportunity to share my experience as a research assistant. Two issues took centerstage – the declaration of the Dibang Wildlife Sanctuary and the proposed construction of the 3,097 MW Etalin Hydropower Project. Out of Dibang Valley district’s 9,129 sq. km., nearly half, 4,149 sq. km. was declared as the Dibang Wildlife Sanctuary in 1998 without local consent. Currently, the government, supported by research from its scientists, is planning to declare this a tiger reserve since a population has been recorded in the region. However, these attempts only undermine our cultural relationship with the tiger. My entire life, I have never seen any forest officials engaging actively in wildlife protection in the Dibang Valley. The tiger and all the other species found here have been protected by my community’s unique cultural practices, not by law enforcement.

My work has received both appreciation and criticism from within the Idu community. Because most researchers I have worked with have unfortunately been men, people have cast doubts on the nature of my relationship with them. In the small rural society that I come from, rumours have a way of becoming facts. This troubled me sometimes. I even thought of quitting work. Other field assistants from small communities, who work closely with researchers of the opposite gender, may face the same malignment… My advice? Don’t give up! Over time, this work has become more than just a job for me. It has opened up a host of possibilities and helped develop my personality and confidence. I never expected to have the variety of experiences that I did as a field assistant. I never thought I would co-author a scientific paper in an international journal, or that I would attend workshops at IIT Gandhinagar, sharing a classroom with researchers and biologists, learning from some of the best scientists in India. 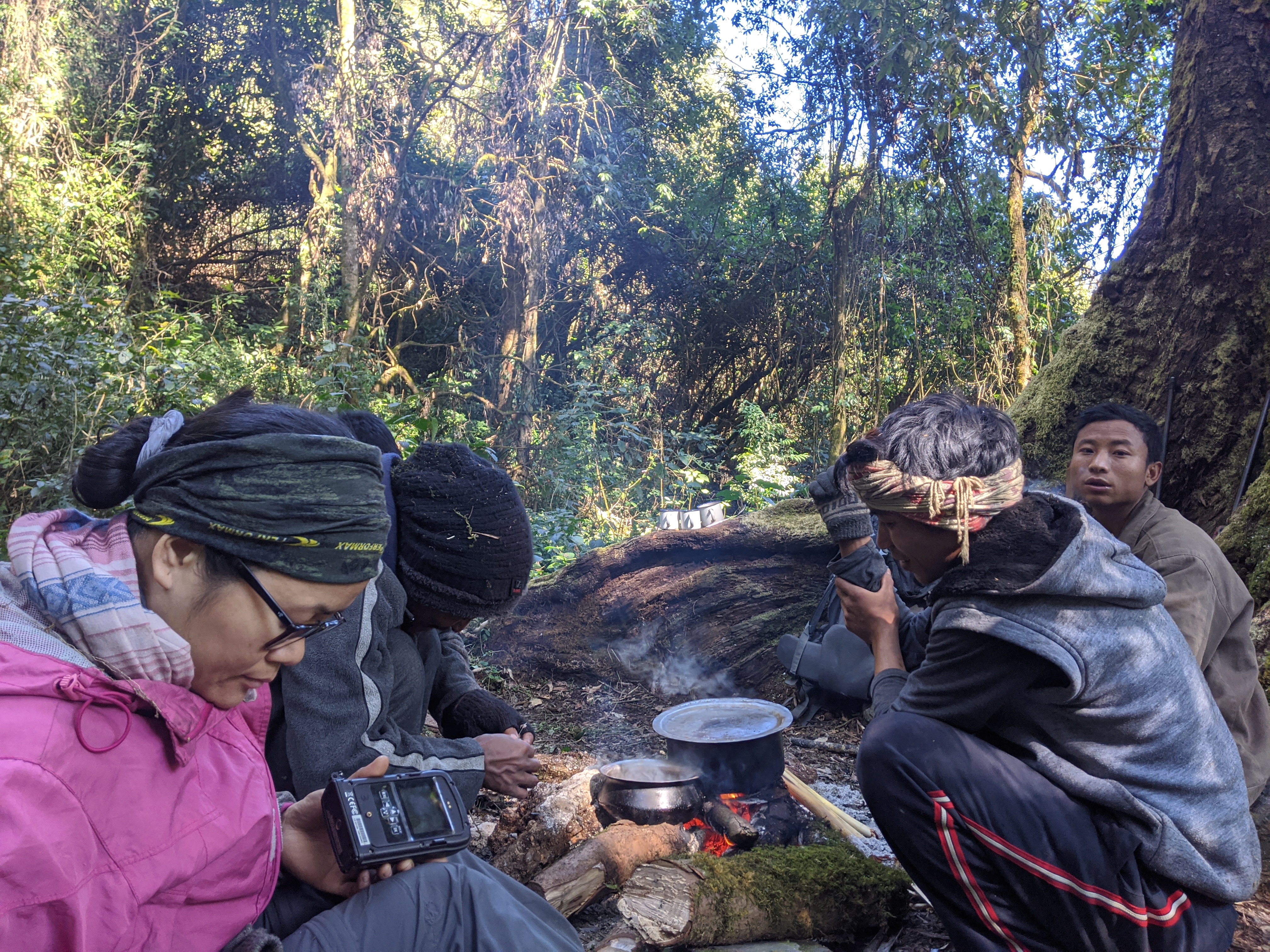 Over the past six years, the author has assisted several researchers in their studies across Dibang Valley, acting as a conduit for knowledge exchange with her Idu Mishmi community. Photo: Ramya Nair.

Of the many researchers I’ve worked with in the past six years, some have done commendable work while others have failed to work ethically. I consider myself lucky to have met some researchers who were good at heart, worked very hard, did not take shortcuts and strictly followed ethical conduct. They pursued facts objectively. I have been deeply influenced by their dedication and commitment to ethics. They showed me that research doesn’t just mean collecting “data” and then leaving the field site as soon as that’s over, but that it is a process of deeper engagement with a community’s culture, its perspectives and struggles. I have also been saddened to see my people and homeland misrepresented by some scholars just because they were in a hurry to finish their research, producing incomplete, inaccurate and biased data. Such individuals choose to forget that the forest and wildlife they are studying all live on our community’s ancestral land, and the only way to learn how the animals and people have lived together is by engaging with our community.

Interacting with researchers has also helped me recognise the changes that are taking place here in the name of ‘development’. Most of it, I believe, is simply destruction and not in our community’s larger interest.

Since Dibang Valley shares an international border with China, national highways are being built at a rapid rate to connect these border areas with the mainland, resulting in horrific environmental degradation. No proper dumping zones have been maintained, with tons of debris instead being tossed into our rivers. Even well-meaning schemes like the Pradhan Mantri Gram Sadak Yojna (PMGSY) that should connect rural India to prosperity and modernity are being abused. Many ‘roads to nowhere’ are being cut through the forest; giant, ancient trees that shelter numerous species are being felled, just so that some developers can rack up bills. These too lack proper dumping regulations. But the biggest destruction yet to come is from the multiple mega dams on Dibang Valley’s many rivers. It disturbs me to think about the social and ecological impacts of these mega dams. Dams have systematically harmed both nature and local cultures throughout the world, yet 17 dams have been proposed in Dibang Valley. It breaks my heart to see government officials congratulating the uninformed local public for consenting to give their ancestral land for these dams based on incorrect information and false promises. I recently read George Orwell’s Animal Farm. The discourse around dams in Dibang Valley is eerily similar to how Napoleon, the cunning pig, spreads misinformation to convince all the other farm animals that their sacrifice is for their own good. In the end, only he benefits. In the coming years, dams will submerge most inhabited areas at lower elevations, while the higher elevations will be declared a tiger reserve. Where will our future generations live? 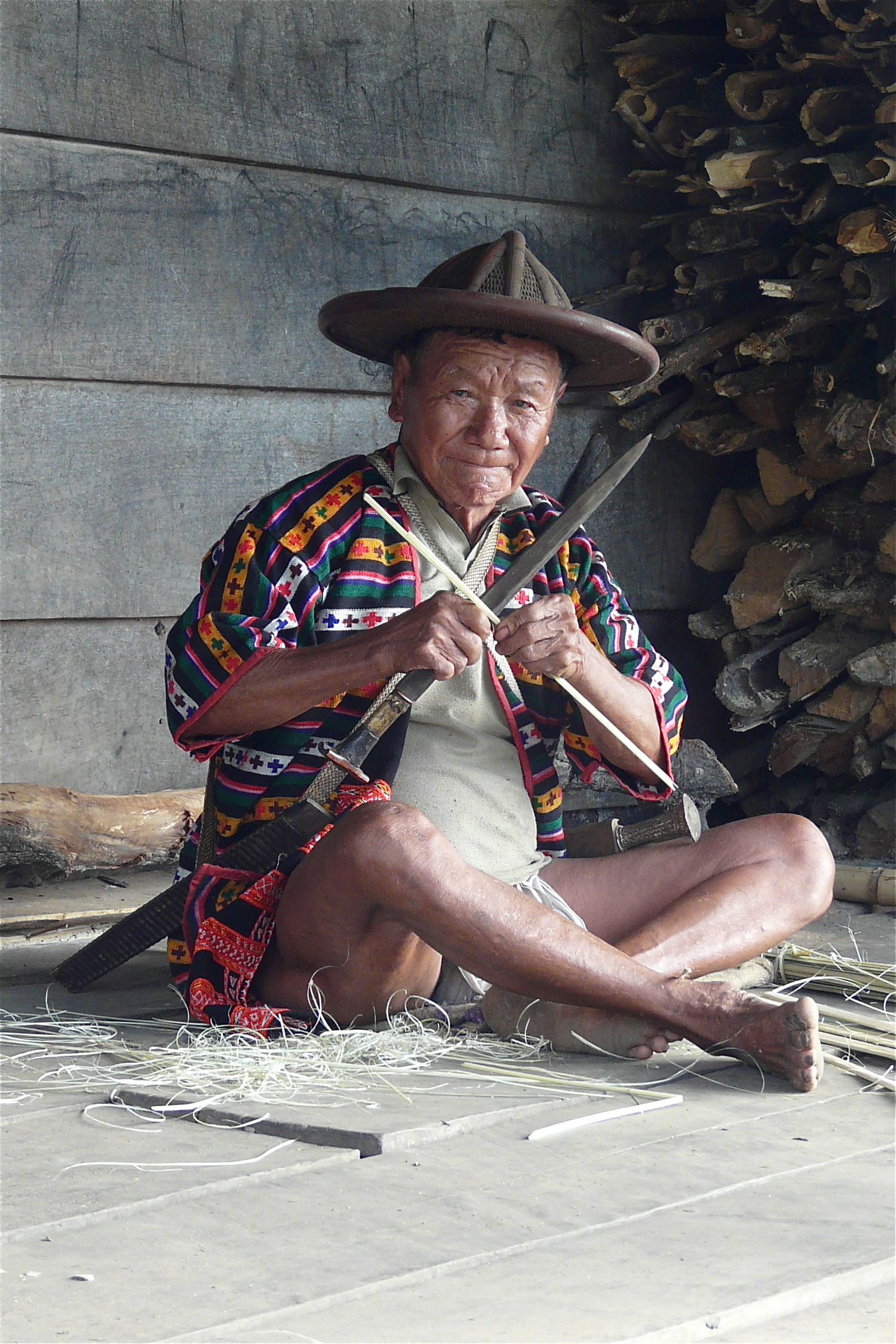 The Idu Mishmi community has a deep connection with and dependence on the forests of Dibang Valley. Photo: Public domain/ Rita Willaert.

Before I am called anti-development, let me clarify that I want my community to have access to modern facilities and a comfortable life. But this must be done sustainably, and not at the expense of the biodiversity we have preserved through the ages; not at the cost of our culture; and definitely not at the price of our identity. There are fewer than 14,000 of us, the Idu Mishmi, and there is the very real possibility that we will be overwhelmed by thousands of in-migrants brought in to work on these mega projects.

The ongoing pandemic offers a small taste of what our world will be like if we allow our forests to be destroyed. In our materialist greed, we have taken over the territory of every other creature. In return, we have welcomed diseases like SARS, AIDS, Ebola and now, COVID-19. But instead of learning from these pandemics, our government and its “scientists” have given clearances to even more environmentally catastrophic projects. Sometimes I wish that banging utensils and drinking gau mutra could actually stop this destruction.

I still have miles to go. I wish to pursue a Master’s degree in Nature Conservation and Social Sciences someday, and lead independent research. I don’t know whether these dreams are attainable, but my experiences thus far have been enriching. I was living an ordinary life when the world of research and conservation found its way to me, and now my work fills me with hope every day.

A member of the Idu Mishmi community, Achili Mihu gained valuable experience as a field assistant. Currently, she is a part of a local team working to conserve Dibang Valley’s bio-cultural heritage. She is working towards becoming an independent researcher.