It was an icy winter morning in the rhododendron forests of Sho-kharkh near Chopta in the Himalaya. Everything was still on the mountain. Absolutely still. Though it was light, the warmth of sunshine was a couple of hours away. I had hiked an hour up this mountain to record bird foraging behaviour, but there were no birds stirring yet. Just the distant hoarse calls of the Koklass Pheasant. I was covered from head to toe in multiple layers of down and wool and yet I was freezing. Why did I think birds would be active at this time? Why was I not in my warm bed? But these tiny birds hadn’t eaten anything for over 14 hours through the frigid winter night. They must be starving! Nothing made sense.

Then at the faintest “cheep” above me, I exposed my ears from under my woolen hat to hear better, staring up into a huge spruce that dwarfed the trees around it. A tiny bird weaved through the needles. It was a Goldcrest, an olive-green bird with a yellow-orange stripe on its head. I began taking notes. My fingers were numb in seconds! The bird probably weighed about six grams (less than a spoon of sugar). I weighed more than 60,000 grams! How was the bird going about its daily life in the cold? It was incredible!

The Goldcrest is low on the wish-list of most birders and photographers that come to Chopta. It forages in dense canopy foliage, is rarely seen and almost never at eye-level. But it’s a champion at surviving extreme weather! Imagine winter in the Himalayas at 3,048 m. The nights are long, from 5 p.m. to 7 a.m. It can be -10°C outside and yet, the Goldcrest has to maintain its heartbeats at a body temperature close to 40°C. The distance between the outside air and its heart is about two centimetres; the bird has to maintain a massive 50°C difference in this tiny layer throughout the night! An individual may lose up to 20 per cent of its weight in a single night as it shivers to generate body heat. It has to recover that lost weight and put on fat for the next long night, and it has to keep doing that over and over again throughout the winter, or it may perish in the cold. Goldcrests may be tiny, but they are tough. They deserve more appreciation than we birders give them. 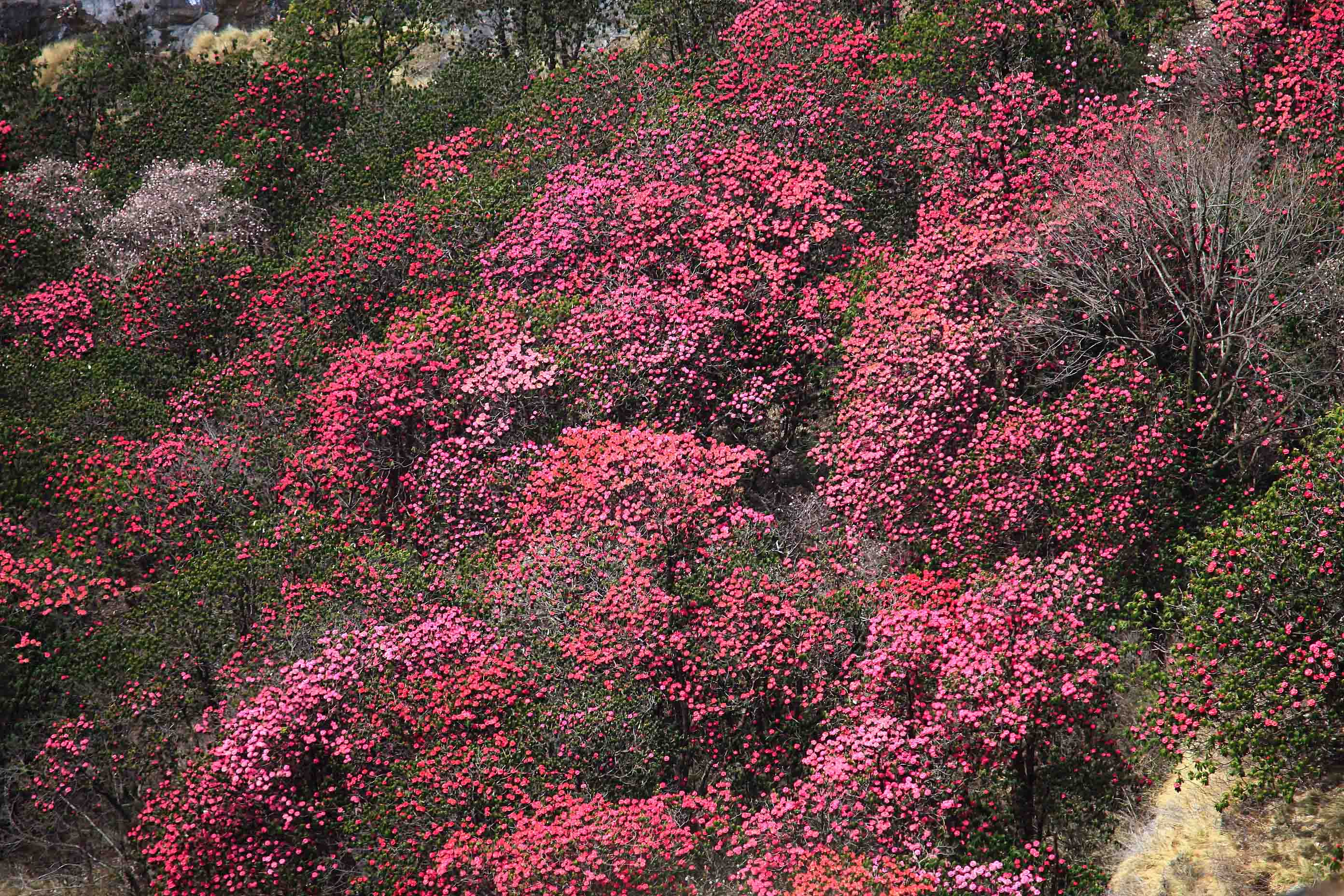 A keystone species, rhododendrons in full bloom are a delight to the eye. They are a vital part of the Himalayan ecosystem, helping maintain the soil stability of slopes. What is more they support a wide diversity of insect and bird pollinators. It is also used by locals as a medicinal and sacred herb. Photo: Anup Sah

“Need to look up how birds stay warm,” I scribbled in my notebook as the bird flew away. I continued my observations. That morning I saw several species of birds; nuthatches, creepers, tits, fulvettas, laughingthrushes, all living in the cold mountains, all apparently beautifully adapted to do so. Since I was wearing a thick coat, I thought these birds possibly wear feather “down jackets”! The down in these jackets comes from the highly insulative ‘down’ feathers of ducks and geese that are used to make winter jackets. Yet, surprisingly, I found that little is known about the role of feathers in keeping birds warm! As a researcher at the Smithsonian National Museum of Natural History, I am now doing just that. Using the large collection of birds prepared by Sálim Ali, Dillon Ripley, Abbot and others, I am studying whether high elevation Himalayan birds have more insulative feathers than birds at low elevations. Do Himalayan birds wear down jackets? 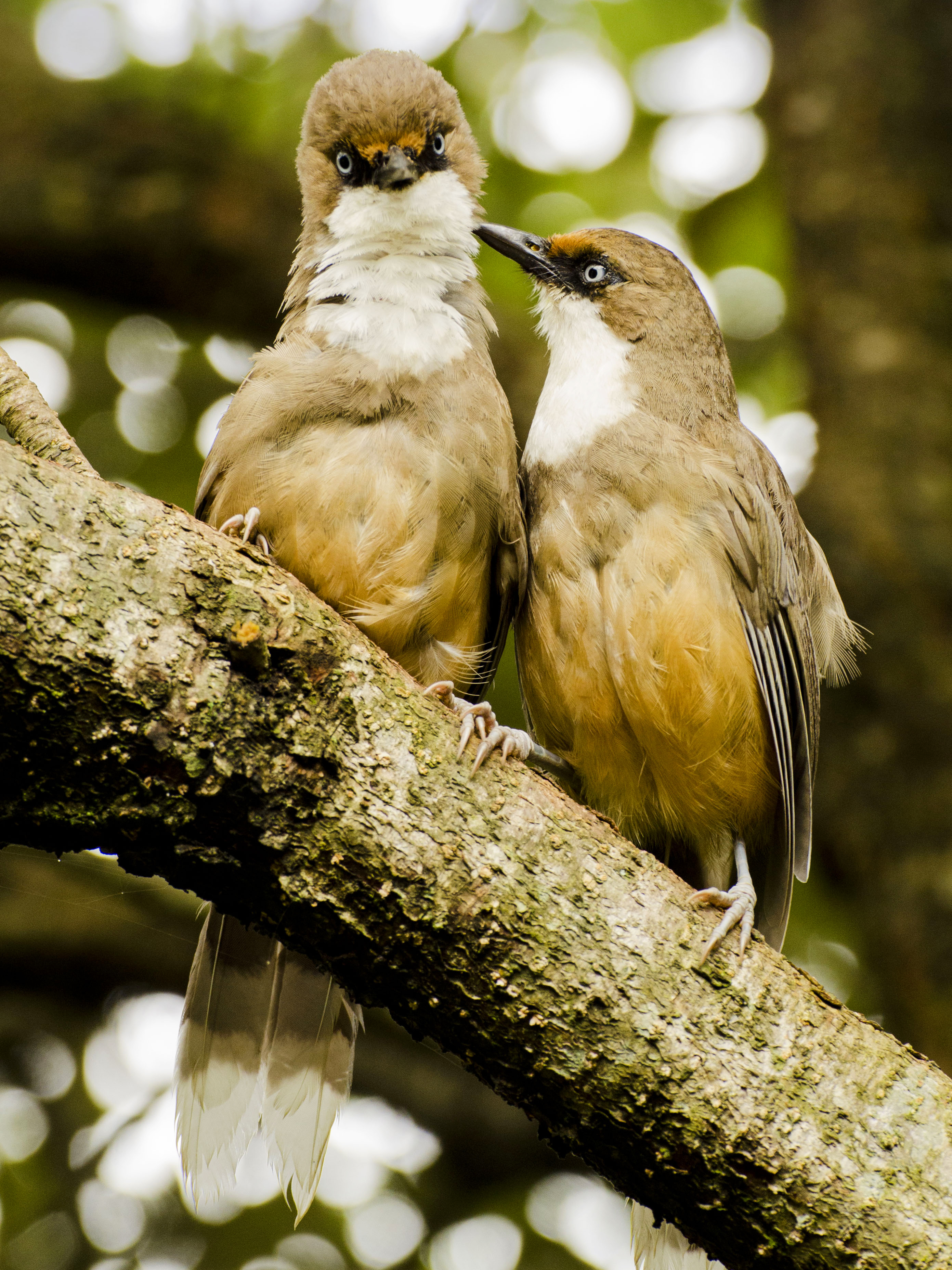 In March 2020, the death of 50 White-throated Laughingthrushes Ianthocincla albogularis in Uttarakhand was attributed to infection or possibly the consumption of pesticide-laced food. Bizarre incidents of mass bird deaths have been observed across India in recent times, underscoring the inadequate protection of our wildernesses. Photo: Sourav Mondal

The Chopta region of the Kedarnath Wildlife Sanctuary where I did my Ph.D. fieldwork is now a popular destination for those looking to photograph the handsome Himalayan Monal, Snow Partridge and other birds. As you make your way above the Tungnath temple towards Chandrashila in the summer, you pass a stunning krummholz habitat of stunted rhododendrons with pink flowers. Rosy Pipits and Himalayan Bluetails are singing and if lucky, you may spot Red-fronted Rosefinches as well! In the alpine meadows, you can even hear the buzzing song of the West-Himalayan Bush-warbler, a bird endemic to the region. At that elevation (~3,600 m.), there’s only about 60 per cent oxygen pressure compared to sea level. Even the most physically fit can feel the hypoxia. Breathing is much harder, and you cannot even imagine running a sprint there. Flying is a much more energy intensive activity than running and yet, birds do it easily! How? Well, our research (Barve et al. 2016 Proceedings of the Royal Society B) suggests that Himalayan birds are adapted to cope with low-oxygen depending on how long they spend at high-elevations. Elevational migrants like leaf-warblers, laughingthrushes and flycatchers breed at high elevations and winter at low elevations. When they move to the highlands, they increase the number of red blood cells in their bodies so they have more haemoglobin to absorb oxygen. It is exactly what our human bodies do as well. Take a lowlander human, mouse, or house sparrow and put them on the top of a high mountain for two weeks. They will all likely boost their red-blood cell count to make oxygen absorption more efficient. But there’s a twist. Too many red-blood cells make the blood thicker, and this viscosity decreases the ease with which blood can flow through blood vessels.

So, having a high count of red-blood cells (hematocrit) may work if you live in the highlands for only four months of the year but not if you live there permanently. Birds that live at high elevations all year round, have a better adaptation than merely increasing their red blood cell count. These birds (Green-backed and White-throated Tits, some warblers) pack more haemoglobin into each red-blood cell! An incredible adaptation that lets them breathe efficiently without any side effects of highly viscous blood! 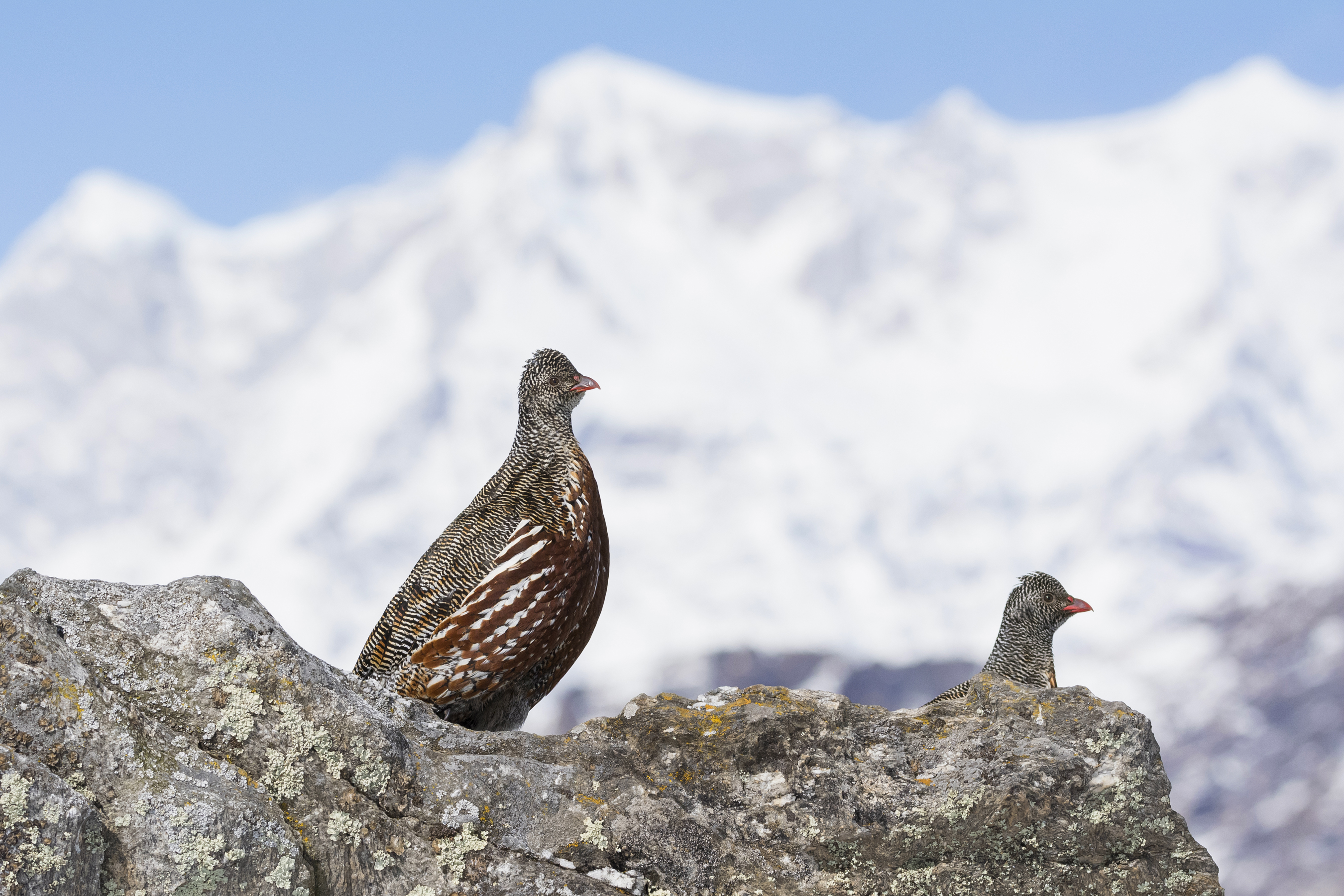 Snow Partridges Lerwa lerwa photographed at Tungnath, Uttarakhand, are an endemic to the Qinghai-Tibetan Plateau. These hardy non-migratory avians manage to survive in the lowest of temperatures at extremely high elevations.

The Himalaya supports a hyper-diverse avifauna (over 600 species). Yet, birds here did not evolve at the top of the mountain. Yuhinas, bush-warblers, wren-babblers, partridges, sunbirds, grosbeaks, all independently colonised high elevations though their ancestors lived at lower elevations. Clearly, the incredible ability to survive extreme cold and low oxygen pressure has also evolved time and time again, hundreds of times, over millions of years. Do they all have similar adaptations? Or did each species evolve its own way to cope with these environmental challenges?

We are only just beginning to find out.

Climate change is not only warming mountains, but also resulting in an increased intensity and frequency of extreme weather events including heavy snowfall. To protect our montane feathered friends, understanding how they keep warm in the snow, or breathe efficiently in thin air is now more critical than ever before. So, the next time you are on a birding trip covered in jackets and scarves and you see a Goldcrest flit by, admire its resilience. When you are huffing and puffing your way up a slope, marvel at the ability of a Gould’s Shortwing to fly and sing in the rarified air. Also think about how these birds have been evolving incredible physiologies for millions of years to help them survive extreme environments, only to have Homo sapiens’ impact on Earth suddenly make their habitats unlivable and their future uncertain.

An avian evolutionary ecologist and an avid birder, Sahas Barve is currently a Peter Buck Fellow at the Smithsonian National Museum of Natural History. He hopes to see 6,000 bird species by the time he is 60.