The wildlife conservation space is co-habited predominantly by people from scientific backgrounds. Graphs, flow charts and maps are their language for communicating conservation research. But truthfully, these devices might not garner the interest of most people. It’s like this: as a tree depends on its roots, wildlife conservation depends on scientific research. However, as a tree’s branches, leaves, fruits and blooms help draw attention to it, conservation data could be made more appealing through art. As marine biologist Amanda Vincent wrote, “Know your audience.” In today’s world, that would translate to a population that consumes much of its information through visual cues. I must admit, as interesting as certain findings or a success story in conservation may be, sheer pedanticism could alienate someone new to conservation.

Here is where art comes in.

Art has the ability to reach out to diverse audiences. It transcends the borders of language, class, caste and religion. It binds together very complex, scientific, social and emotional information and displays it so it can be understood by all. Which is of utmost importance when it comes to protecting our planet.

When I joined Current Conservation in 2017, we had about seven to 10 illustrators working with us and now in 2021 we have a growing family of 150+. People now more than ever are inclined toward using their art skills to help the environment. Different voices from various fields are coming together and making the world of science more inclusive, and hoping to see this visual journey grow into something beautiful.

Read on to know how a few wildlife artistes are exploring the intersection of art and wildlife conservation with nuance and love. 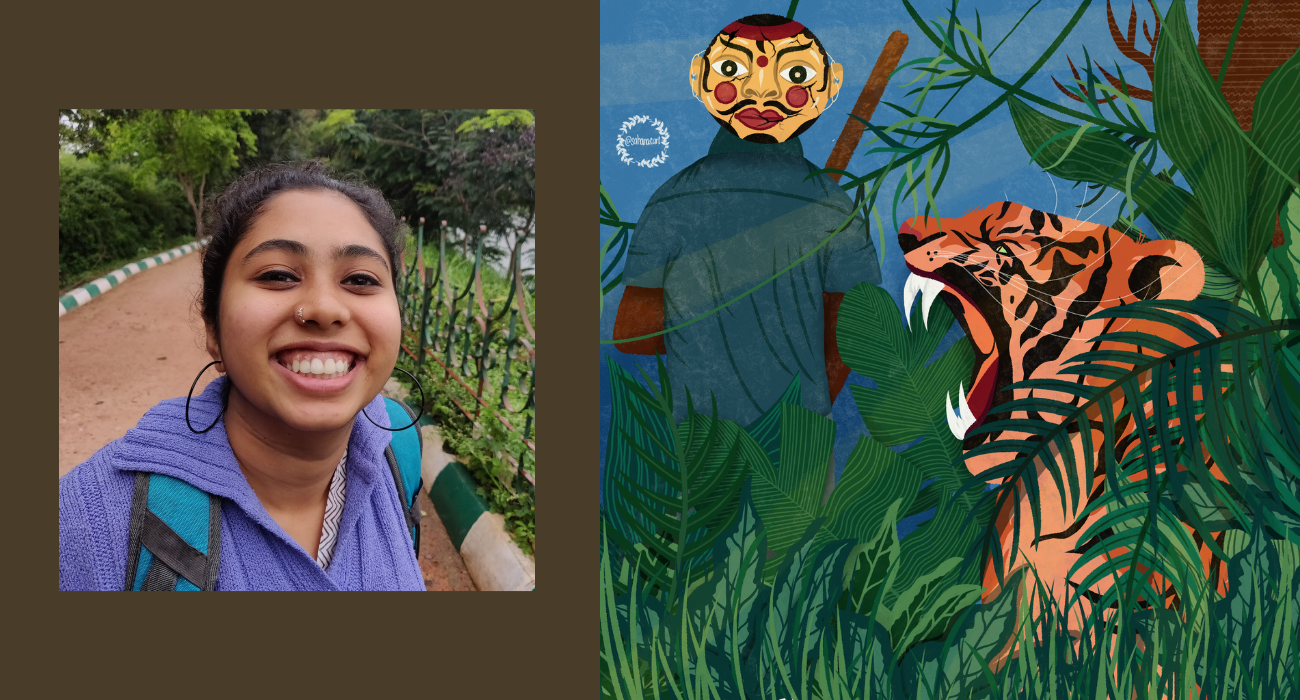 Even though Sahana Subramanian came from a social science background, her interactions with several pressing social and environmental issues during college, and simultaneous training in illustration, gradually nudged her towards combining both. “What really intrigues me about this line of work is the freedom and flexibility that art gives to narrate a story. It is not limited to a few words. An empty canvas is a powerful story in the making. One of my favourite examples of this is the illustration I had worked on last year on the impact of climate change in the Sundarbans. This issue
is complex and has an impact on many aspects – human communities living in the Sundarbans, the wildlife including tigers, the economy, society and geography of the region. Using art, I was able to showcase and visualise the dark, dire nature of this issue,” she tells me, adding that it enabled her to help others “visualise a crisis unfolding in a geography different from theirs.” 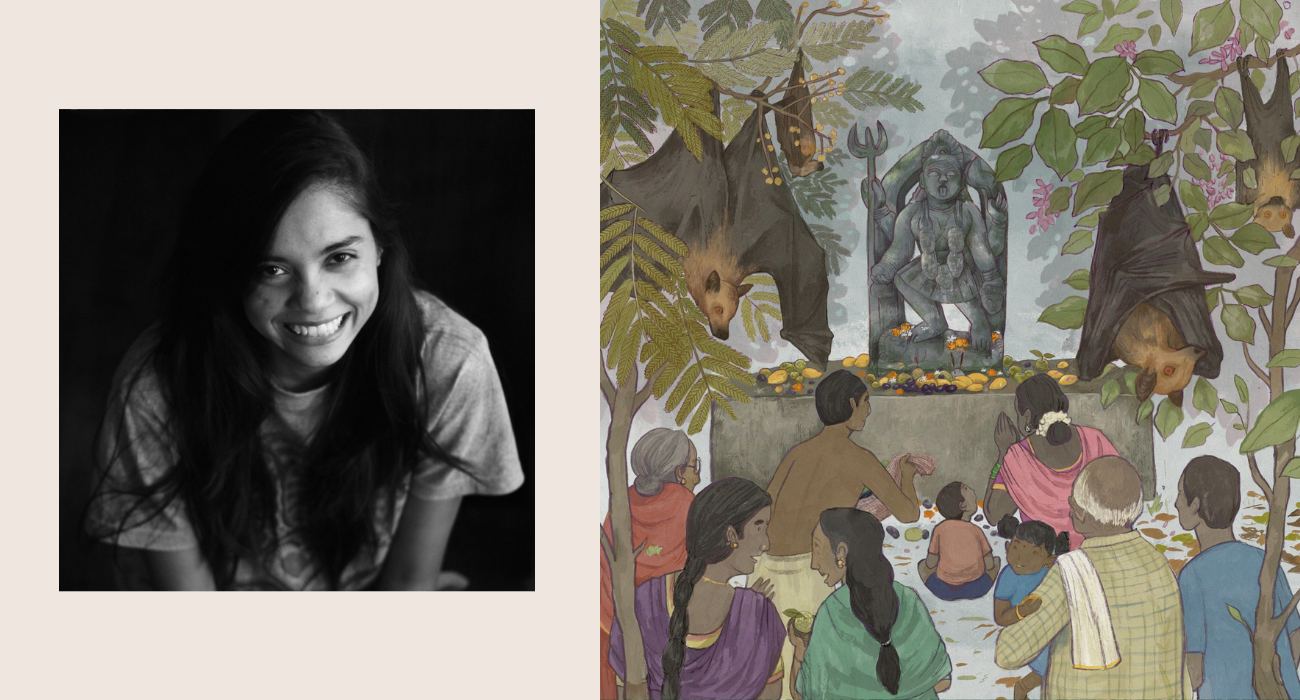 Barkha Lohia has always enjoyed drawing nature. Having grown up in a city, the Gurgaon-based artiste has learnt to observe nature and translate it into art. Her work is a natural progression of her interest. “I think a lot can be achieved through visuals,” the 28-year-old says, pointing out that the interesting bit about using art to document wildlife is that it could take different forms, based on the end goal, be it an editorial illustration or a mural. It is this bit that interests Lohia the most. “How to get the visuals working, what to depict – there is a lot of problem solving that goes into it,” she rightly points out. 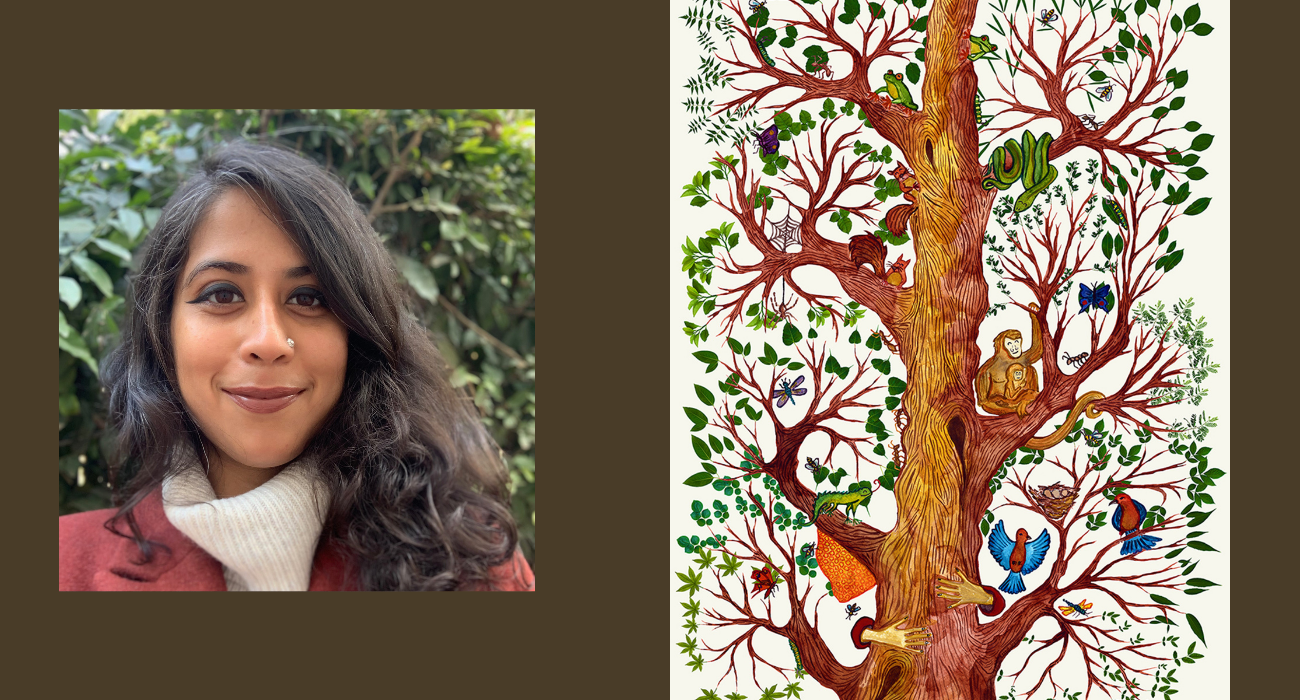 Freelance illustrator Ananya Singh once created a board game to showcase the interactions of the camel herders of Kutchh with their ecological habitat and the forest laws, while studying their tribe. The visual artiste remembers strolling down roads at the age of eight and being saddened by caged animals. “It made me think of how p recious freedom is for all living beings,” she recalls. After two decades, this feeling continues to resonate with Singh’s efforts in wildlife conservation. “My practice helps me articulate and communicate ideas differently through images. I continue to further my understanding of how I can use my position as an artiste to intervene within the unprecedented challenges faced by our environment.” 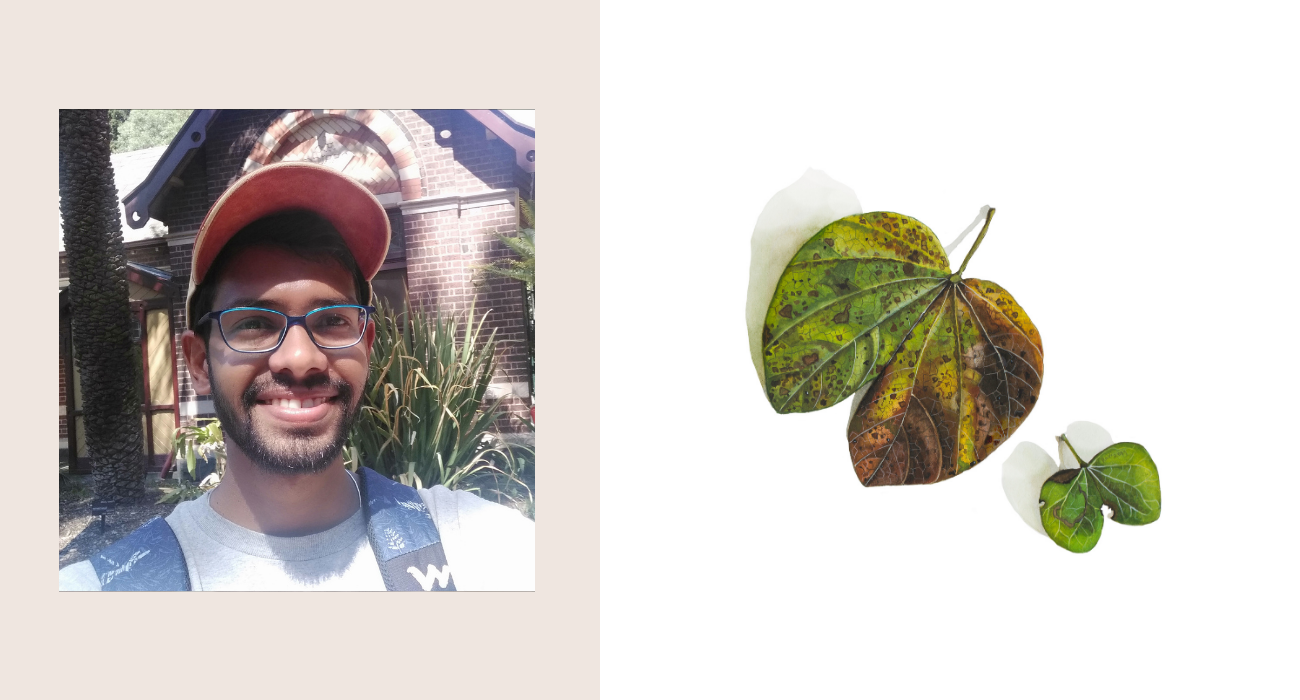 With a background in Zoology and a doctorate in Ecology, Ravi Jambhekar says that the study of the natural world and animal behaviour comes to him naturally. But while collecting data during his Ph.D. research, he found himself constantly pondering the best way to capture the environment. “That led me to illustrating plants and animals. I like the whole process of coming up with questions about the environment that are puzzling and finding answers to them using scientific methodologies [and converting them into realistic visual illustrations].” 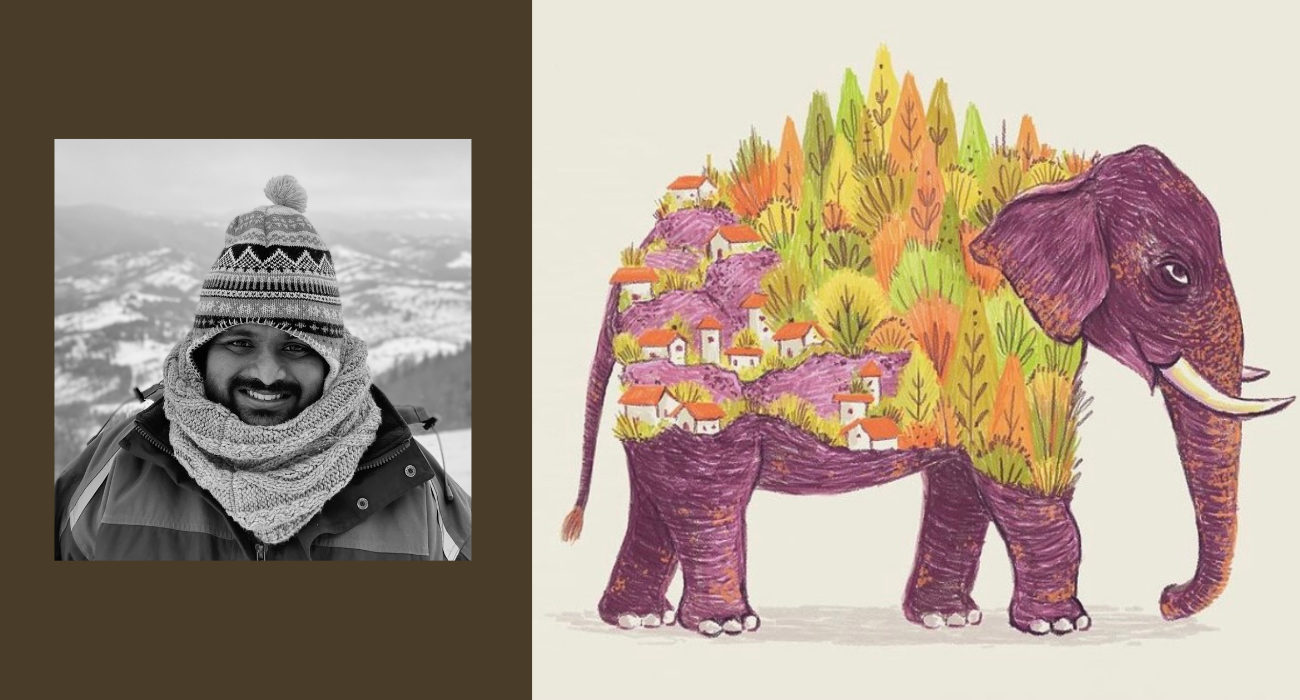 Rohan Dahotre loved drawing from the very start. But the artiste from Pune, who forayed into wildlife illustration only seven years ago, recalls finding it difficult to draw animals initially. “I wasn’t aware of their features and anatomy. So, I decided to break organic forms into simple geometric shapes and collate it into a design rather than making a realistic sketch. I enjoyed the process and so, continued drawing insects, animals, and even fish using the same technique,” Dahotre shares, explaining the
genesis behind his unique art form. “I often study animals before drawing them. I look for various references or details about them. While doing this I also discovered that several species were slowly becoming endangered,” he adds, elaborating on what got him into using art towards the purpose of wildlife conservation. 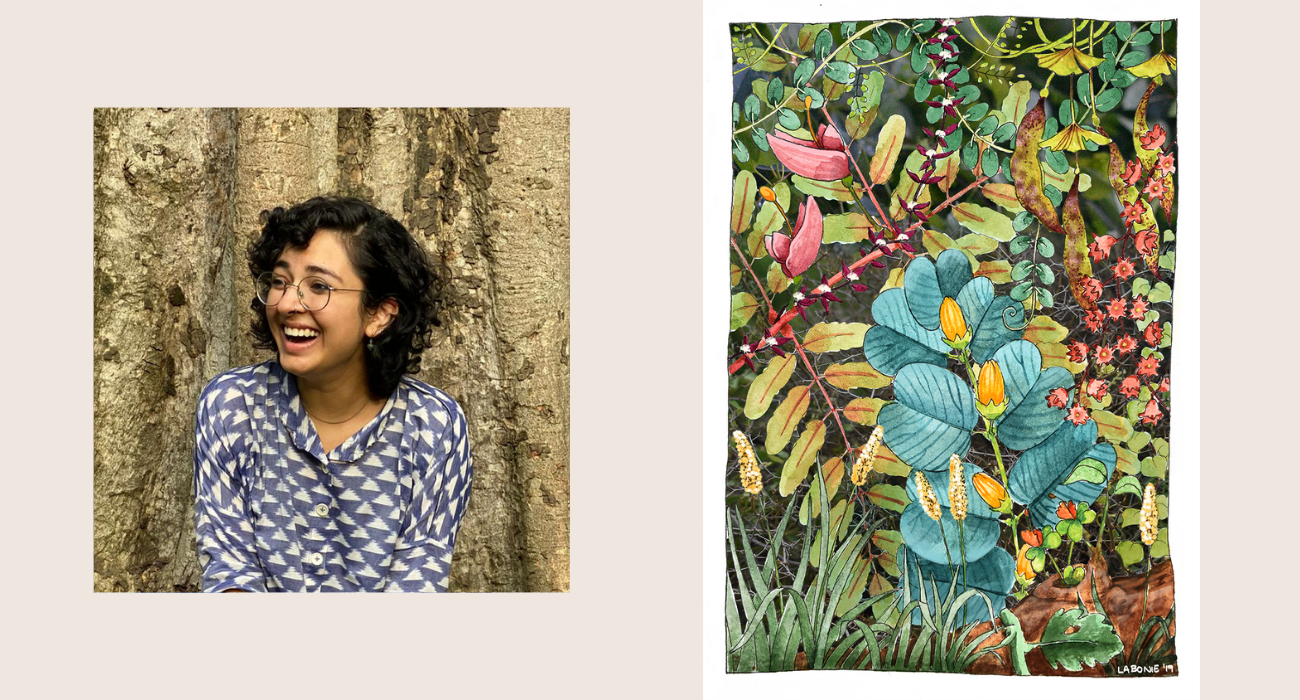 Bengaluru-based visual artiste Labonie Roy’s interest in nature and its intersection with creative projects can be traced back to treks spent with her family and experimental outdoor activities during her school days. “I see nature as the ultimate designer – a system that fosters beautifully complex creatures that are perfectly suited to their conditions and ready to adapt when needed. Through my work, I want to communicate my passion and excitement for nature and create opportunities for others to learn about and from it,” she shares. 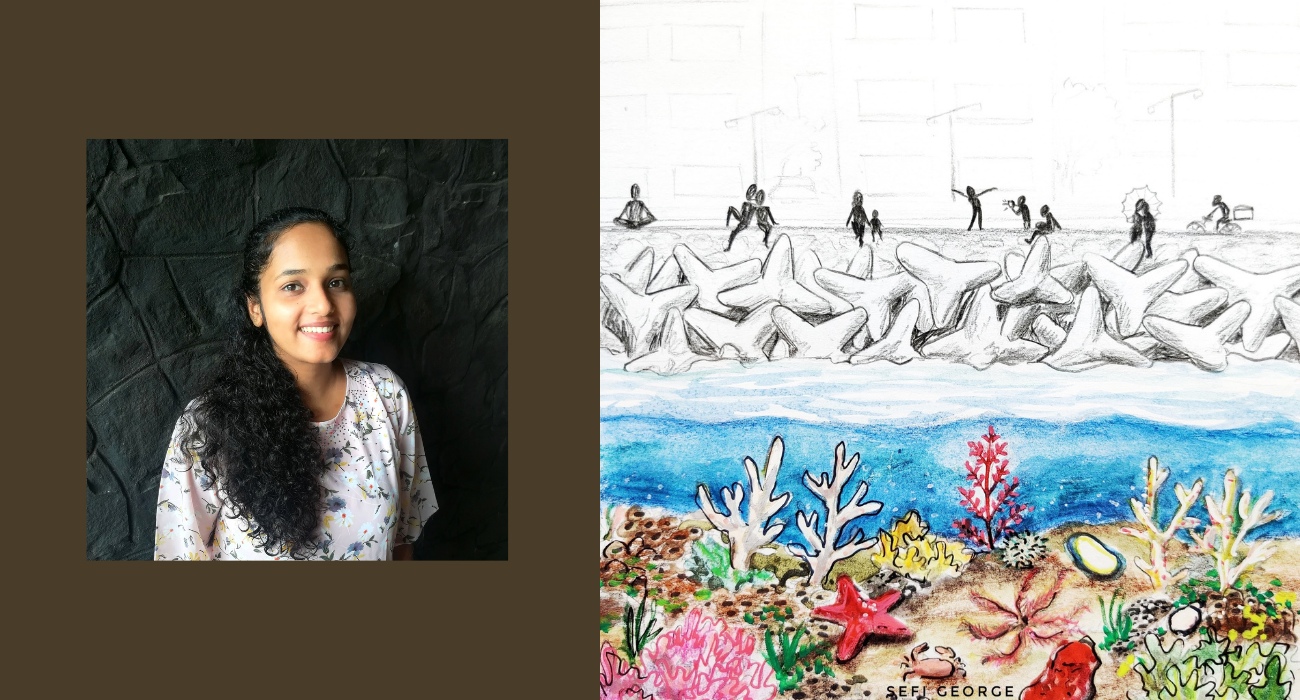 In college Sefi George, created a comic strip that dealt with ideas of development and conservation, which featured a tiger educating a well-meaning human on their problematic ideas of conservation. “It was the first time I considered how much more accessible knowledge could be if it was graphically represented,” shares this 25-year-old illustrator, adding that the realisation pushed her towards illustrating for wildlife conservation. “It’s a powerful, egalitarian and instant way to pass on ideas, especially in the age of Instagram.”