Diving with whales, spending hours in blinds, hiking through snowstorms for days, and enduring some of the harshest conditions on the planet to achieve stunning photos or video footage – the life of a conservation photographer seems romantic. However, these difficult conditions take a heavy toll on photographers and filmmakers, both physically and mentally. They usually work in lonely and isolated areas, often for weeks on end, getting just a glimpse of what they came to see, all for the prospect of creating that perfect image that might make a difference.

But what makes a perfect photo? There are technical elements that can be considered, such as composition and lighting, but often it’s a certain intangible quality that truly makes an image memorable. It may perhaps be the way an animal is looking into the frame or the layered elements that build a story from a single image. 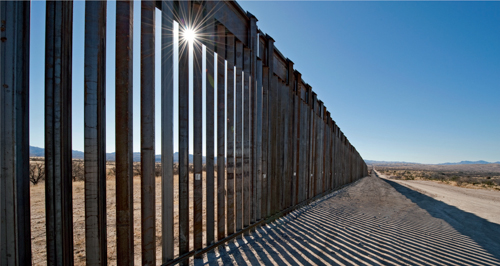 Using photographs to tell a story can create real change, but conservation photography doesn’t end with the click of a shutter. It is equally as important to use the compelling images to create conservation change. iLCP Fellows follow the story through until the end, and sometimes beyond. They show their photos and films to politicians and changemakers, they publish articles in major outlets to raise awareness of the issues, they collaborate with conservation groups to work towards viable solutions; they relentlessly work for conservation.

A single photographer or filmmaker has the power to bring about true conservation gains; an alliance of the best visual storytellers across the globe, therefore, can bring about a wave of change. In 2005, when iLCP was founded at the 8th World Wilderness Congress (WILD8, Alaska, 2005), the idea was two-fold. First, to band together, partner with other conservation groups and participate in Visual Expeditions to highlight areas in need of conservation initiatives or protection. The second aim was to foster a supportive group of photographers and filmmakers who can assist, collaborate, and encourage one another in a challenging, often isolated, highly competitive field.

A PEEK INTO THE PAST
In 2020, we are celebrating iLCP’s 15th anniversary and it is incredible to look back on how much the organisation has grown and what we have accomplished. From bushmeat trade in Bioko to the borderlands of the U.S. and Mexico, to the migration land in Alaska’s Arctic National Wildlife Refuge, iLCP Fellows have served as foot soldiers across the globe, shining light on some of the most important issues.

An early iLCP Visual Expedition was an effort to expose the unchecked primate hunting for bushmeat trade in Bioko Island, Equatorial Guinea. We partnered with National Geographic, Conservation International, and the Bioko Biodiversity Programme to document the rich diversity of the Island and the animals threatened with extinction. A Spanish language multimedia piece was produced with our images and shown on local television stations throughout Equatorial Guinea to raise awareness of the issues  that threaten Bioko’s biodiversity. Through the public awareness campaign, Conservation International engaged the government of Equatorial Guinea to commit 14 million USD to establish a long-range conservation management plan and to pass new legislation that strengthens the ban on hunting primates. 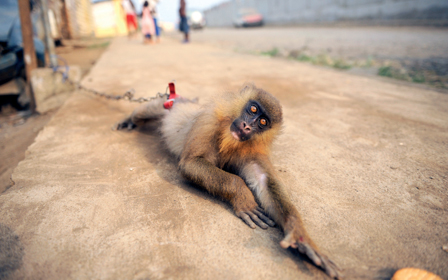 Portrait of a captive, five-month-old drill in Malabo. Its mother was most likely killed by a hunter on Bioko island, Equatorial Guinea. That’s the usual way that young primates are collected. Photo by: Joel Sartore/iLCP.

The iLCP Borderlands Expedition is one that has continued significance and efforts. The original expedition was in 2009, aiming to tell the story of the wildlife and flora threatened by the border wall. It resulted in photo exhibitions, a documentary, book, film, and public outreach efforts. While the original expedition included eleven iLCP Fellows, it ultimately became one of the participants’ passion projects. iLCP Senior Fellow Krista Schlyer began working tirelessly on the project and when plans were pushed forward with the Trump Administration, she partnered with iLCP Fellow Morgan Heim and affiliate and former staff member Jenny Nichols to produce a feature-length, award-winning documentary, ‘Ay Mariposa’.

One of the most extensive projects was in 2018 in Alaska’s Arctic National Wildlife Refuge. After the announcement that the Refuge was going to be opened up for drilling, iLCP partnered with The Wilderness Society and the Alaska Wilderness League to put together eight expeditions to highlight the caribou migration, the birds, the fish, and the native Gwich’in culture at risk. The expeditions were not without challenges but the team persevered and produced multiple photo stories and articles, two documentaries, artwork, and exhibitions highlighting the Refuge. 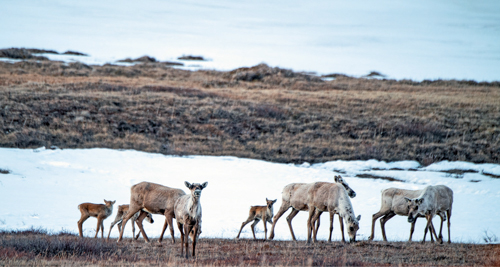 Caribou with newly-born calves, of the Porcupine herd, migrating to their calving and nursing grounds in the 1,002 lands of Alaska’s Arctic Refuge. Their calving grounds are threatened by the Trump administration’s opening of the National Wildlife Refuge to industrial oil and gas development. Photo by: Peter Mather/iLCP.

A GLOBAL CALL FOR PHOTOGRAPHY FOR ACTION
In addition to such expeditions, iLCP has hosted symposiums around the world. Starting in conjunction with the 9th World Wilderness Congress (WILD9, Mexico, 2009), iLCP founded WildSpeak. This annual gathering of visual storytellers, conservation partners, and scientists continued globally, including at WILD10. These are just a handful of the numerous projects iLCP has put together. While it is wonderful to glance back at what we’ve accomplished and celebrate conservation victories, our focus is on the future. Honest, ethical reporting, photography, and filmmaking are more important than ever and we are reaching a critical status in conservation. At iLCP, we will keep clicking the shutter and pushing the needle.

iLCP Fellows face mental and physical difficulties, but they keep doing their work because they are vital to make a difference – they believe in the power of storytelling to bring about conservation change.