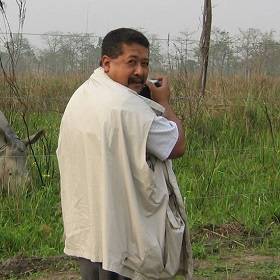 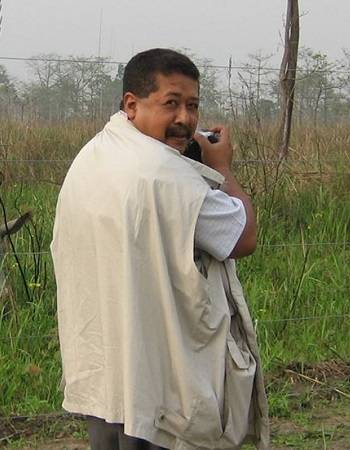 IFS officer from the northeast with a stellar record

Growing up in the indigenous Rabha community in Assam, Abhijit Rabha felt an innate attachment to nature from his earliest days. Thus far the only member of his community to be inducted in the Indian Forest Service, he has dedicated his life to the protection of the forest, wildlife and communities of northeast India.

Over the course of his illustrious career, Rabha has commandeered several significant changes in the conservation world. In his early years, as an ACF, Nagaon Territorial Division, his rigorous methods aided in the prevention of timber poaching in the Nagaon Division. He worked for 12 years with Project Tiger, and actively aided in the restoration of the Manas National Park, initially as Deputy Field Director and later, as Field Director. He was responsible for the first scientific Management Plan which enabled the revival of Manas National Park, and revolutionised the use of technology, such as VHF radio, GIS and GPS tracking systems, and Long Range Patrolling with conventional and traditional patrolling methods. He worked briefly in the office of the PCCF, Wildlife Wing of Environment and Forest Department, Assam as the CFO, Wildlife prior to his posting to the Karbi Anglong Autonomous Council, where he is presently the Special Principal Chief Conservator of Forests.

Employing strict measures, Rabha was able to clamp down on the illegal trade of wild deer, monkeys, bears, porcupines, tigers, and exotic birds in the regions he has served, catching dozens of poachers red handed. Ever the capacity builder, he has been instrumental in changing the life course of 75 poachers, training them to serve as foot soldiers for the Forest Department instead. Enforcing iron-hand reforms in the forests inevitably led to a career rife with conflicts. He has survived over seven assassination attempts, and was once, in March 2012, abducted by militants from the Karbi People's Liberation Tigers (KPLT) militants. Rabha truly epitomises valour and integrity, two traits that are in short supply in the rest of the world.