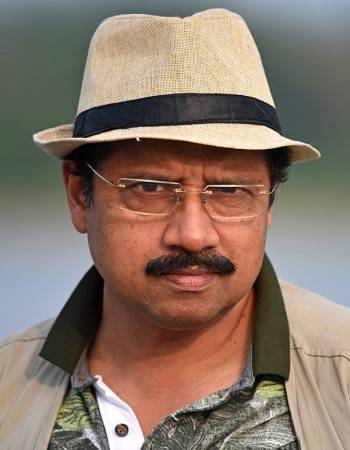 Born in Shillong, Meghalaya in 1959, Anwaruddin Choudhury has spent close to four decades documenting and protecting Northeast India’s Eastern Himalaya and other tracts. An ornithologist, mammologist, artist, civil servant, photographer and author, he graduated with honours in Geography in 1978 and then got an M.A., Ph.D. and D.Sc. He joined the Assam Civil Service in June 1983 and was inducted into the Indian Administrative Service (IAS) with effect from January 1999.

Over the years, he has held several government positions that were key to protection and conservation of vital habitats in the biodiverse Northeast. At least 13 wildlife sanctuaries and two elephant reserves exist today because of his tireless protective efforts. He worked on upgrading Dibru-Saikhowa in Assam into a national park, and helped declare the White-winged Wood Duck as the state bird of Assam. He was also key in rediscovering the Manipur Bush Quail in the state. Beyond birding, his four-decade study of mammals in the Northeast led to the discovery of three new species of flying squirrels, a new primate species Macaca munzala (described by others), and a subspecies of the hoolock gibbon Hoolock hoolock mishmiensis. His expertise has given him a well-deserved spot as a member of as many as nine IUCN/SSC/BLI Specialist Groups and IUCN/SSC Primate Specialist Group’s South Asian Network.

His experiences have been documented in the 28 books he has penned, including some of the region’s earliest birding books, many embellished by his art and illustrations. He has also published more than 900 articles and scientific papers in journals, magazines, and newspapers across the world.

A never-say-die multi-tasker, he is an inspiration to young naturalists and conservationists and a quiet hero our youth should seek to emulate.