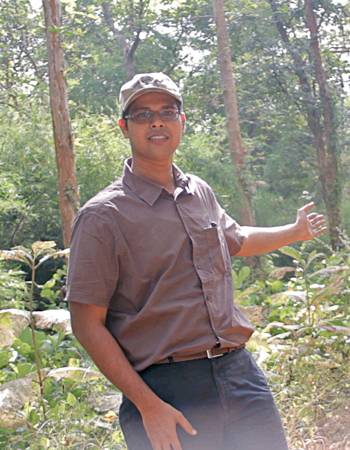 Women of Maharashtra’s Special Tiger Protection Force (STPF), Gajendra Narawane and S. D. Shendre Standing shoulder to shoulder with their male comrades, the women of Maharashtra’s Special Tiger Protection Force (STPF) have helped staunch the unbridled poaching attacks launched on tigers and other wild species across Maharashtra by the malevolent wildlife crime nexus. These highly trained women conduct raids, fight fires, dismantle snares and patrol our finest tiger forests. For rallying against patriarchal social norms, and for undertaking risky missions with grit and grace, they have come to be known as ‘Durga Shakti’ – the invincible, all powerful incarnation of the devi who ruthlessly obliterates those who wrong her. 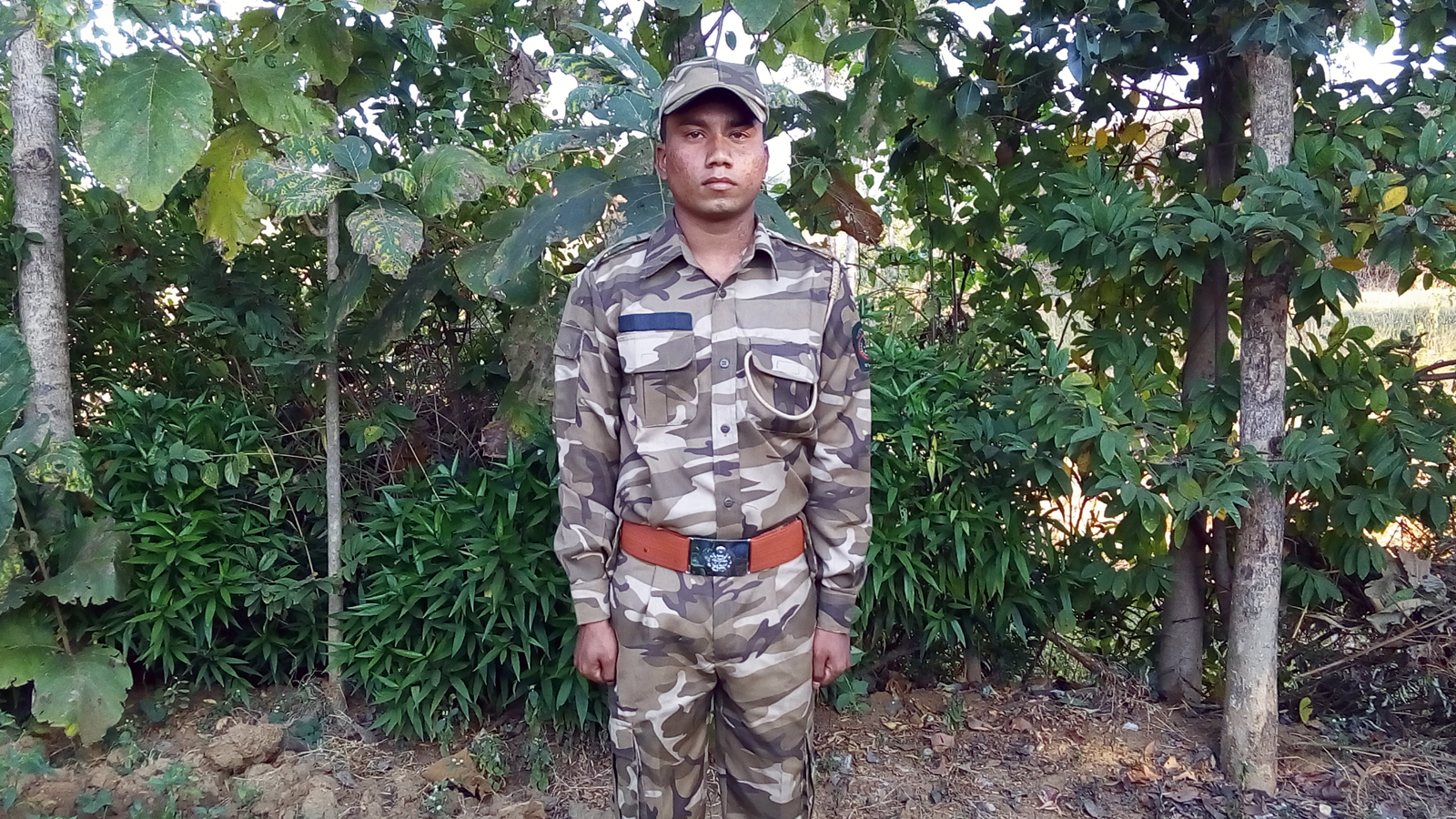 Forest guard S.D. Shendre confronted five armed poachers, took a bullet to the collarbone and still succeeded in apprehending them.

If there is one thing that forest guard S.D. Shendre from the Pench Tiger Reserve has learnt from the tiger, it is to fiercely protect his territory. Twenty-four-year-old Shendre displayed exemplary courage and dedication when, unarmed, he confronted five poachers with two guns that he spotted while patrolling his beat. In the tussle that followed, Shendre was shot and very nearly died. A lesser-man may have gone down, but Shendre, despite bleeding profusely and being in acute pain,  then walked the two kilometres to the closest protection hut and called for medical aid. The poachers were later arrested.

Practical solutions are the forte of the Tadoba-Andhari Tiger Reserve’s Deputy Conservator of Forest Gajendra Narawane. One of the architects of Tadoba’s increasingly successful community conservation initiatives, he has been working over the past year to device ways to turn enhanced biodiversity into better living standards for locals. For instance, the earthen roads that had earlier been cut for timber extraction have now been designated as wildlife safari routes that allow communities to profit from tourism. His efforts have significantly reduced human-wildlife conflict
and are helping to bridge the gap between people and protected forests. 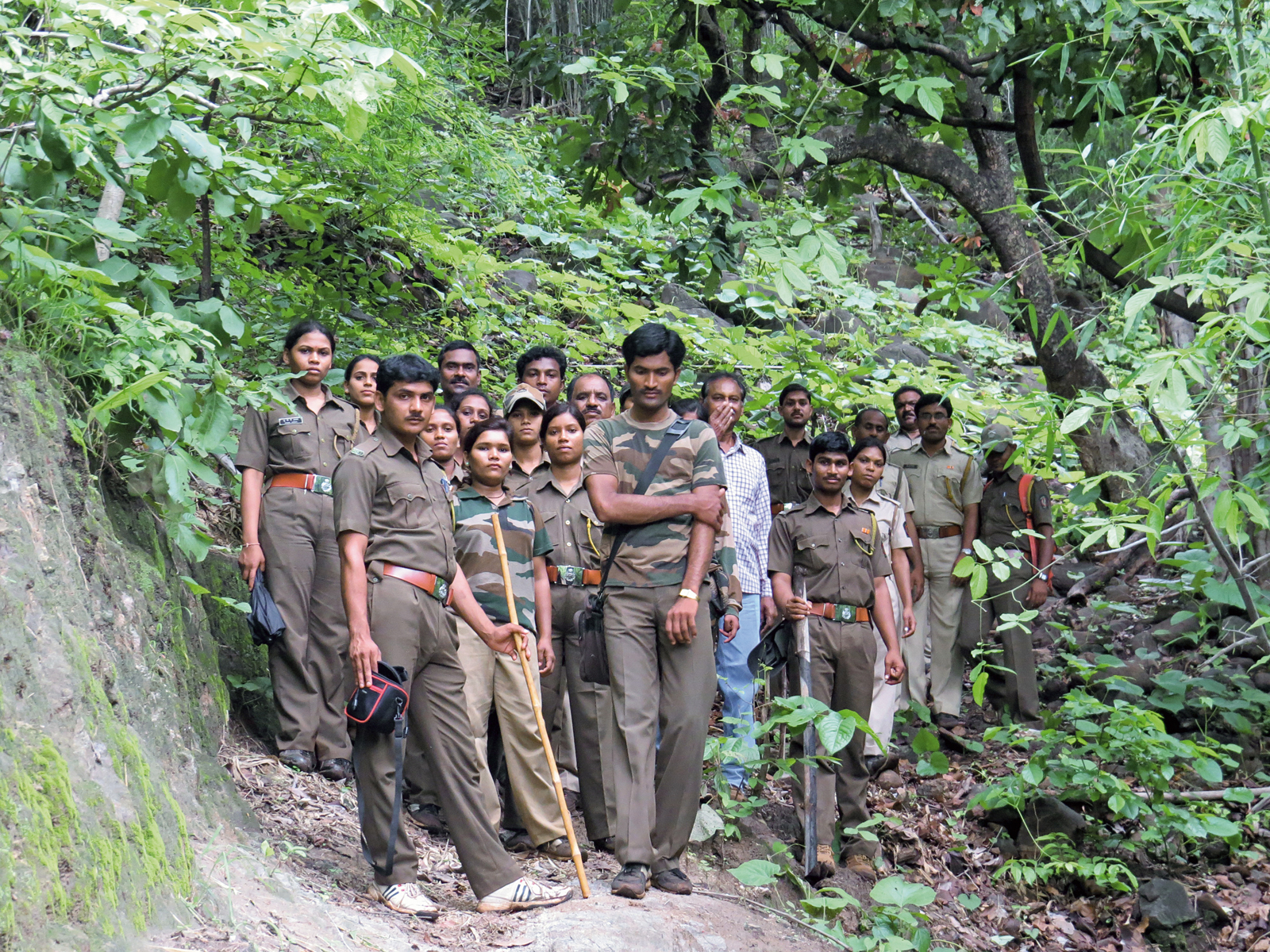 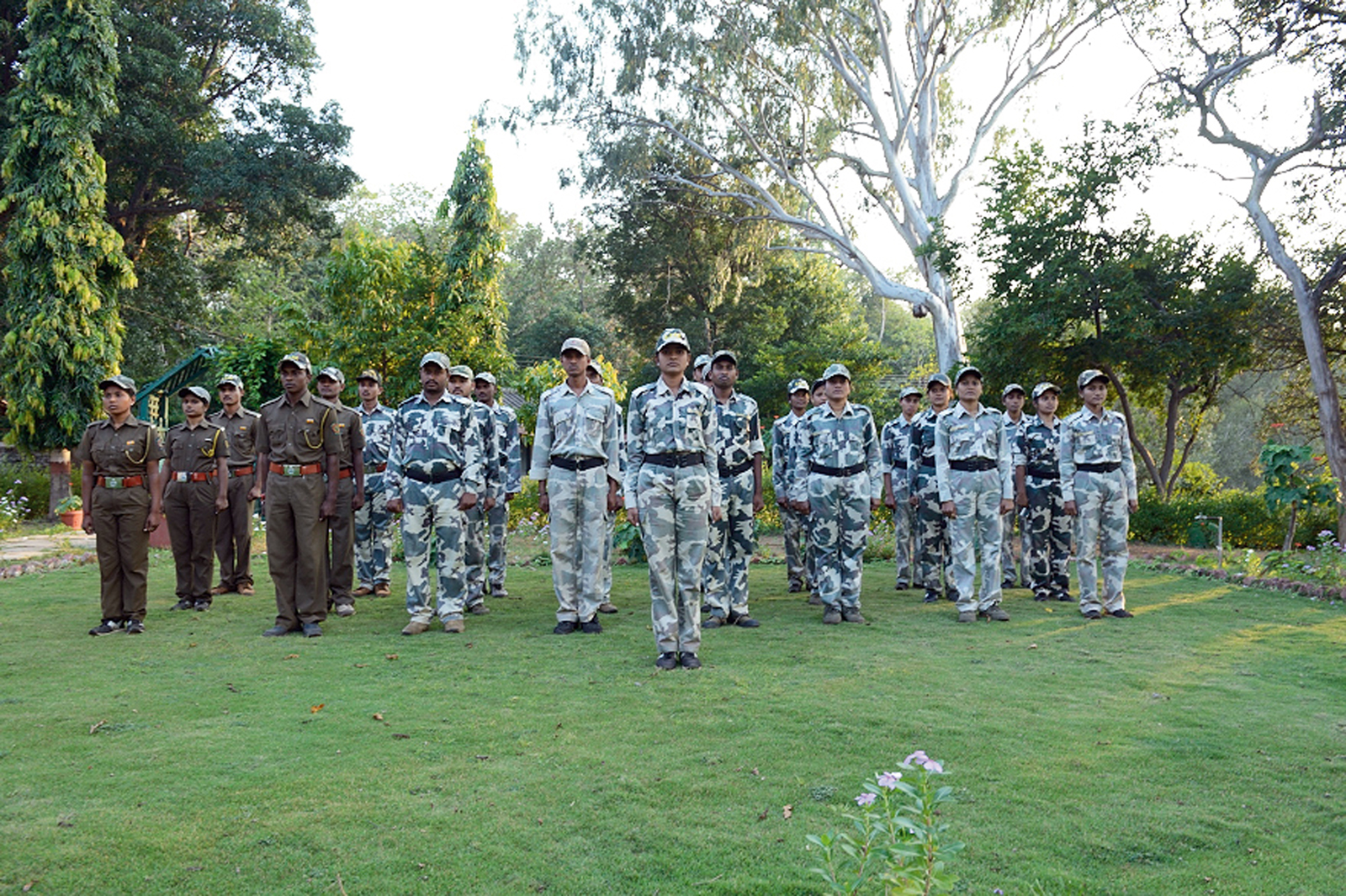 With their field skills honed to perfection, the daunting women of Maharastra's Special Tiger Protection Force from Pench (top) and Tadoba (above) are aptly called 'Durga Shakti'.

The winners of the Special Sanctuary Tiger Award are brave, intelligent and dogged in their pursuit of a better life for both humans and wildlife.

For this, we honour them.