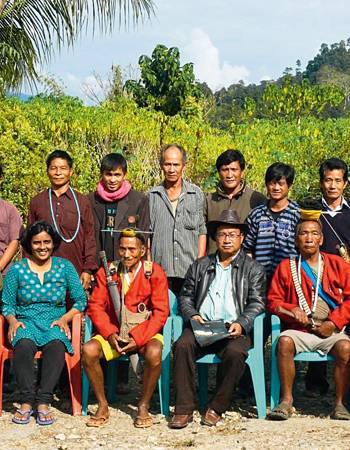 Ten years ago, Pahi Tachang crested a hill near his village on the border of Pakke, and came eye to eye with the nest of a Great Hornbill. Delighted, the Nyishi tribal decided to cut the tree and kill the bird to acquire a new bill for his bopiya (traditional headdress). But even as he readied himself to deliver the first blow, his father warned him that killing a hornbill in the breeding season is a grave sin. And so Pahi Tachang desisted. A decade on, ‘Pahiji’s tree’ is still standing, home to a romancing hornbill couple, and Pahi himself ensures that no one approaches it with either bow or axe.

Established in 2011 by visionary scientists, village heads and forest officers looking to protect Pakke’s four hornbill species, the Hornbill Nest Protectors’ Team is an exemplary model of community conservation. The 11-member-strong team locates and monitors hornbill nests on the fringes of the Pakke Tiger Reserve. Comprising only Nyishi tribals from local villages, many of them erstwhile hunters, the team has since overseen the successful fledging of hornbill chicks for three years, with 90 per cent nesting success in the last two years. Each member monitors specific trees and ensures that no harm comes to the birds. Such measures are helping protect hornbills and their habitat outside the park, where tree felling and other human activities are prevalent. The success of this programme has been supplemented by a pre-existing community ban on the hunting of hornbills and the acceptance of fiberglass hornbill casques as a replacement to real hornbill casques for their traditional headgear.

Team members include elderly men with unparalleled jungle skills and educated young boys that wish to become researchers, guardians and trackers all rolled in one. They are undoubtedly the best custodians for the exquisite avians of the emerald forests that surround Pakke. The protection of these hornbills will no doubt result in the regeneration of the land since hornbills are among the most prolific of seed dispersers. However, threats to the forests outside the Protected Area continue to persist, and need to be addressed.

In 2013, Gingma and Tade, two members of the hornbill team responded reassuringly when asked whether the birds would really be safe: “Madam, please don’t worry any longer. Now that the entire village knows that they are our hornbills, no one will hurt them.” Seconds later, the harsh call of a Wreathed Hornbill echoed through the valley in apparent concurrence.

Scientists may well quantify their success by numbers, but it is the spirit of the Nyishi tribals that truly sets them apart.

For this, we honour them.