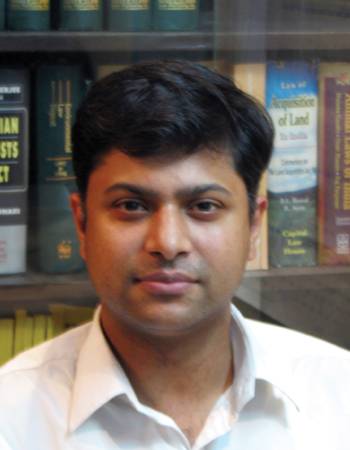 Ritwick Dutta In the last few decades, one of the shining beacons for India’s beleaguered forests and wildlife has been the Supreme Court of India. That is because lawyers such as Ritwick Dutta have had the stomach and grit to challenge some of the most powerful people in the country. Just 33 years old, Ritwick is a rare ‘species’ in a country that boasts of several environmental and conservation organisations and activists, but few full-time environmental lawyers. It was Ritwick’s early interest in protecting wild India that spurred him to become an environmental lawyer. Armed with a graduate degree in Sociology, an LLB from the University of Delhi and a diploma in Environmental Law from The Centre of Environmental Law, WWF-India in 1996, he travelled around the country to understand the issues at the grassroots level. He believes this was his ‘real’ training ground, which exposed him to the environmental degradation caused by dams, mines and deforestation. That understanding now plays a crucial role in framing the nature of his interventions and arguments in court. Quick to realise the importance of Public Interest Litigation (PIL) in India, and that higher courts, particularly the Supreme Court (SC) of India, would need to play an increasingly larger role, he chose to become a Supreme Court advocate in 2001. He also set up the Legal Initiative for Forest and Environment (LIFE) in 2005 to fight for environmental democracy and to win access to information needed to ensure effective environmental justice and public participation. Lawyer, activist, author and educator, he wears many hats. Over a career that has spanned a decade, he has fought destructive projects (often approved using falsified Environment Impact Analysis reports). He has also fought for increased public consultations in Protected Areas, particularly where dam and mining projects are concerned. A member of the Environmental Law Alliance Worldwide (ELAW), a select global network of environmental lawyers, Ritwick served as an investigator for TRAFFIC India to delve into the illegal trade in CITES-listed species. He has also been serving as legal advisor to the Wildlife Trust of India and the Himalayan Environmental Studies and Conservation Organisation (HESCO), among others. He believes that the Supreme Court’s Central Empowered Committee has made a significant positive impact on the speedy and fair decision making of forest and wildlife related issues. Ritwick also played a crucial role in reviving the National Environmental Appellate Authority and helps train enforcement agencies, NGOs, lawyers, activists and local communities. He has authored several books, including a 2,000 page compilation of environmental laws and judgments of the Supreme Court and the High Courts. He currently edits the Forest Case Update, a web-based initiative to provide information to grassroots groups. Despite a gruelling and challenging schedule, Ritwick’s guiding principle is simple: “Never give up.”