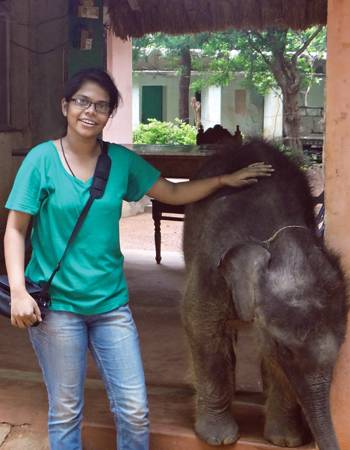 Sailaja Nayak She works with big cats across the country. And she is driven and here to stay. In 2012, WWF-India took on six volunteers to help estimate prey density in the forbidding Pakke Tiger Reserve. Three months later, just one volunteer remained – Sailaja Nayak. The conditions were tough, but Sailaja was tougher.

At 25, she has already worked in Pakke, Kanha, Pench and Ranthambhore. Arduous field conditions and language barriers have not deterred her. Using camera-traps across an area of 3,000 sq. km. in northwest India, she has identified three tigers that left Ranthambhore to seek new territory out of the Protected Area.

Personable and sensitive to both local community and Forest Department imperatives, Sailaja has helped to fortify the little-known corridor extending from Ranthambhore to Kuno (the chosen home for Gir lions that haven’t made it there yet). In the process, she created intelligence networks in the Kailadevi and Kuno Wildlife Sanctuaries that alert her to potential threats to wildlife before crimes take place, allowing preventive action that saves the lives of big cats.

Sailaja’s fieldwork has resulted in the publication of papers and beefing up of records, and revealed the very first authentic sighting of a rusty spotted cat in Rajasthan’s Ramgarh Vishdhari Wildlife Sanctuary. While focusing on tiger ecology and biology, Sailaja also managed to work on the interaction between wolves and hyaenas on kills in the Kailadevi Wildife Sanctuary, near Ranthambhore, and the food habits of the Indian giant squirrel in Kapilash Wildlife Sanctuary, which was her Masters’ dissertation.

A perfect blend of conservation biology, sociology and sheer passion for wildlife, this young woman represents the future of wildlife conservation in India.