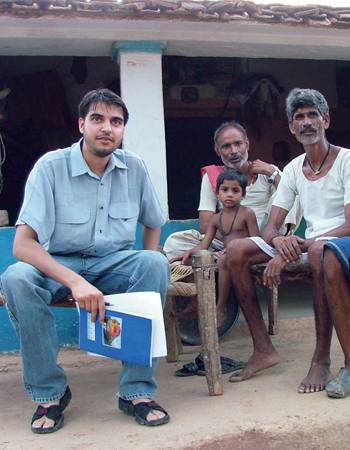 Travel Operators For Tigers (TOFT) An India-focused campaign with global dimensions, TOFT is attempting to turn wildlife tourism into a conservation tool. TOFT has the support of a large number of Travel Operators in the UK who want tourists to add their strengths to tiger conservation. Julian Matthews – Chairman of TOFT enabled Abhishek Behl to start TOFT India and his travels took him to India’s six most popular wildlife destinations – Bandhavgarh, Kanha, Pench, Panna, Ranthambhore and Corbett. Here, Abhishek met park managers, lodge owners, local service providers and tour operators. He carried out workshops for hotel staff, guides and local communities on an informal basis and after collecting data for two years on the numerous problems in the field, he came up with a strict Code of Conduct and a ‘PUG’ certification that stipulates strict conservation standards and ethics to which each participating partner must adhere. Supported organically by credible wildlife NGOs, TOFT has successfully enlisted the involvement of some of the world’s largest tour operators and directly influences the way millions of wildlife tourism dollars are spent. They want visitors and tourism professionals to unite in joint resolve to prevent the demise of the tiger through collective action. TOFT’s guiding rationale is that wildlife tourism, one of the fastest growing segments of the travel trade, could be an extremely potent conservation tool, if used with prudence. Their mission is to influence the travel trade to be responsible, and share their considerable profits with local communities. Acutely aware of the ‘green washing’ that passes for ecotourism these days, TOFT’s stringent norms for wildlife tourism were initially resisted, but today U.K.’s largest tour operators are part of TOFT’s ever expanding network.

By using the purchasing power of their partners, TOFT is also now applying pressure through their businesses and helping lodges to behave more responsibly towards the destinations in which they are located. Through representative lodge-owners and scientific advisors, they are raising the quality bar of wildlife tourism with as many as 42 major lodges and an even larger number of Indian travel operators a part of their membership. Says Abhishek Behl, Director, TOFT, India, who has been key to the implementation of TOFT’s mission in India: “We are guided by a mission and that mission is guided by scientists such as Dr. Ullas Karanth and Dr. Raghu Chundawat. We want to turn wilderness tourism into an advantage for the tiger and to play a beneficial role in the long-term future of wildlife and wilderness in India.”