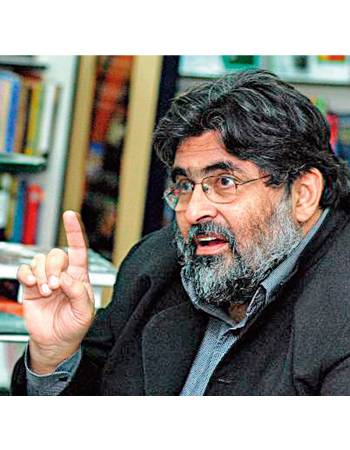 Valmik Thapar His formidable reputation and fierce demeanour match that of the world’s most charismatic cat. A cat he’s spent over four decades tracking and protecting. A cat whose story he has taken to the world. And so it is that when you say ‘tiger conservation’, scarce is the nature-lover who won’t immediately think of Valmik Thapar.

Thapar’s love affair with the tiger began in Ranthambhore in 1976, when as a young man he was taken under the wings of that other doyen of conservation – Fateh Singh Rathore. Together, mentor and protégé spent days, weeks, months and years tracking the fortunes of the park’s tigers – recording rare behaviour, documenting unbelievable footage, and, most importantly, creating and implementing the management strategies that have made Ranthambhore the premier wildlife destination that it is today.

In 1988, even as Ranthambhore began to flourish, Thapar recognised the need to engage and uplift local communities, and thus founded the Ranthambhore Foundation, whose work he guided until 2000.

Erudite and articulate, Thapar has spent the past two decades leading conservation battles at every level imaginable. He has served on over 150 committees of both central and state governments, where his booming voice has never been quelled by either the sloth of bureaucracy, the greed of unethical government employees, or visionless politicians. His influence has been expansive, and though today he works almost exclusively in Rajasthan, with the state government, he has been instrumental in the revitalisation of other parks such as Maharashtra’s beloved Tadoba-Andhari Tiger Reserve.

Thapar has also been vocal in eschewing the dogmatic view that all tourism is bad tourism, and is a leading proponent of innovative tourism that can benefit both parks and people. All this, he firmly believes, is only possible by knitting together a cross-sectoral group of like-minded people including scientists, activists, village leaders, forest officials, bureaucrats, politicians and the free press.

Author of 32 books, including four on Africa, presenter of 16 international documentary films, and an excellent orator, Valmik Thapar’s gruff genius is what it took for India and the world to sit up and acknowledge the tiger’s magnificence, its predicament, and the urgency for conservation.