Eminent Climate Experts on Restoration of Greenland and Himalayan Glaciers

On April 23, 2020, the Healthy Climate Initiative, Arctic Ice Project, and The Climate Reality Project India held an interactive webinar on 'Restoration of Greenland and Himalayan Glaciers'. This webinar was a prelude to a symposium to be held later this year, to communicate the realities and urgency of slowing the melt of the HKH and Greenland glaciers and to avert catastrophic impacts on the life and livelihood of billions of people.

It is well established that the Arctic and Himalayan glaciers are melting at an alarming rate. Unless checked, the melting would have profound implications for life forms around the world. His Excellency Grímsson gave an overview of the glacial loss in the Arctic and HKH regions, the challenges faced by people living in these regions, and a roadmap for collaborative action, following the introductory speech delivered by HCI President and one of the Co-Conveners Dr. Soumitra Das. 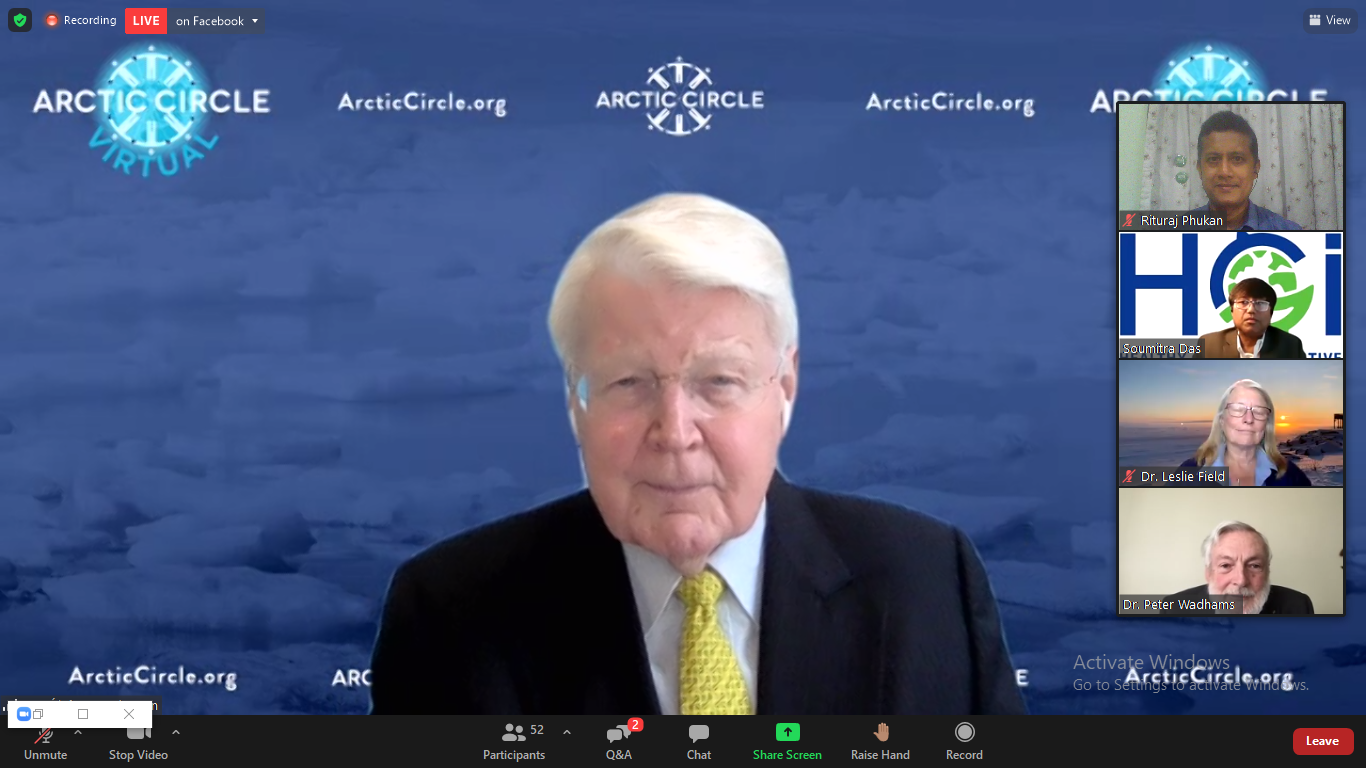 "The limited time that is at our disposal, means that every effort that we want to implement has to be scalable. We can no longer afford to spend another decade on scientific experiments. That time is over."

Sir David King, Emeritus Professor at Cambridge University and former Special Representative for Climate Change to the Foreign Secretary, UK, in his presentation spoke about the implications of the loss of sea ice across the arctic, methane leakage from the ocean floor and across the Russian arctic.

After an interactive Q&A and discussions on the way forward, Co-Convener Rituraj Phukan delivered the 'Vote of Thanks' on behalf of The Climate Reality Project India.