Gazelles and the FMD Virus

In early April 2020, symptoms of foot and mouth disease (FMD) were reported from Amrita Devi Udyan in Jalore, Rajasthan. A community rescue centre in the western part of the state, it is home to a number of Indian gazelles or chinkara, blackbuck, bluebull, peafowl and several species of birds. Eight Indian gazelles were the first to display symptoms of the virus at the centre.

Considered a highly contagious viral disease among ungulates (even-toed or hoofed animals), FMD is characterised by fever, the formation of vesicles (liquid-filled sacs) on the lining of the cheeks and lips, swellings on the tongue and feet -- and often, sudden death in the case of young individuals.

The caretaker at the rescue centre, Peera Ram Bishnoi, reached out to Dr. Sumit Dookia, an assistant professor at the School of Environment Management of Guru Gobind Singh Indraprastha University. Due to the constraints of the lockdown, Dr. Dookia and Dr. S.S. Rathore, a senior veterinarian from Jodhpur pored over images of the affected ungulates and decided that isolating them was the best first step. Prescribed medication was applied as well, and as advised by the professor and doctor, the watering hole the ungulates frequented in the area was whitewashed, in an effort to remove pathogens.

As of April 9, when this information was shared with us, the gazelles were already showing positive signs of recovery. Native to India, Pakistan, Iran and Afghanistan, this species, though marked as ‘Least Concern’ by the IUCN RedList, is threatened by habitat loss to industrial and agricultural expansion in the Indian subcontinent, and hunting in the neighbouring countries its populations are found in.

Though vaccinations do exist for the FMD virus, they are often not accessible to every organisation that may be involved in treating affected animals or in rescue operations. However, in such cases, timely intervention and the right actions go a long way in restoring these ungulates back to good health, and preventing an uncontrollable spread of the disease. The spillover of the disease from domestic livestock to wild ungulate populations is a serious conservation concern. 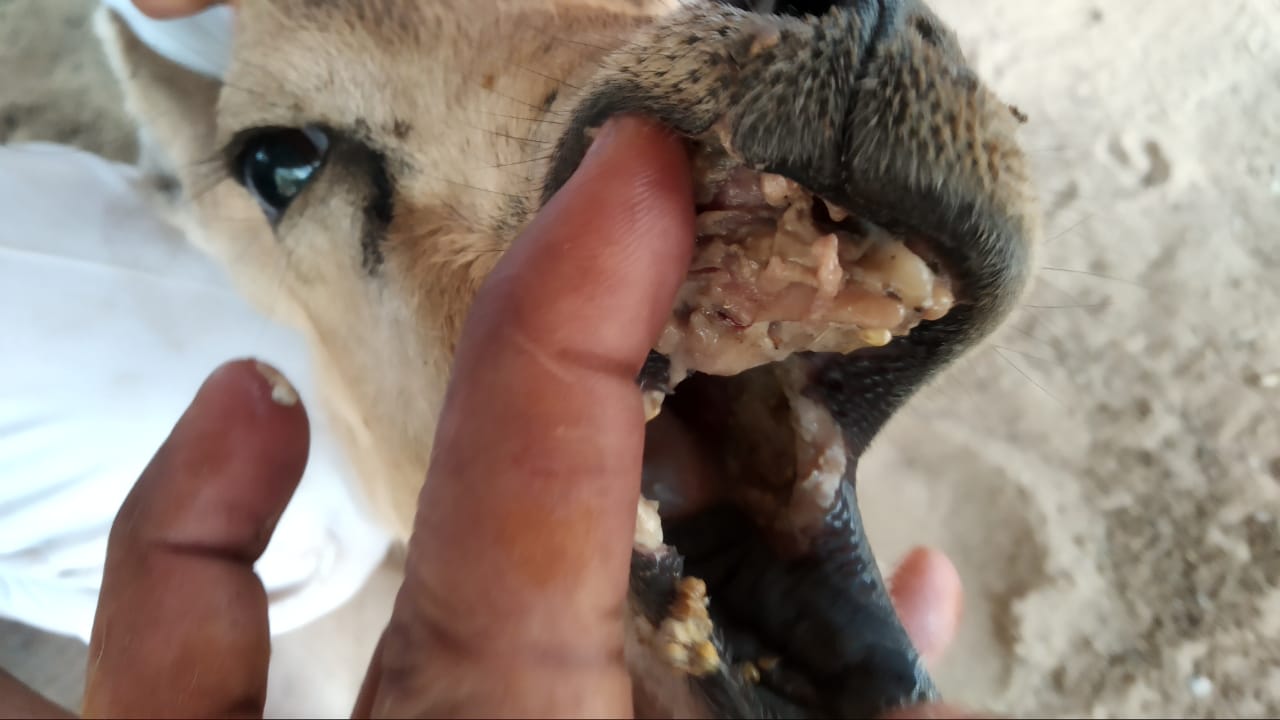 One of the many snapshots Peera Ram Bishnoi shared with Dr. Dookia and Dr. Rathore as they quickly worked to come up with an effective solution to contain the FMD virus.
Photo courtesy: Peera Ram Bishnoi 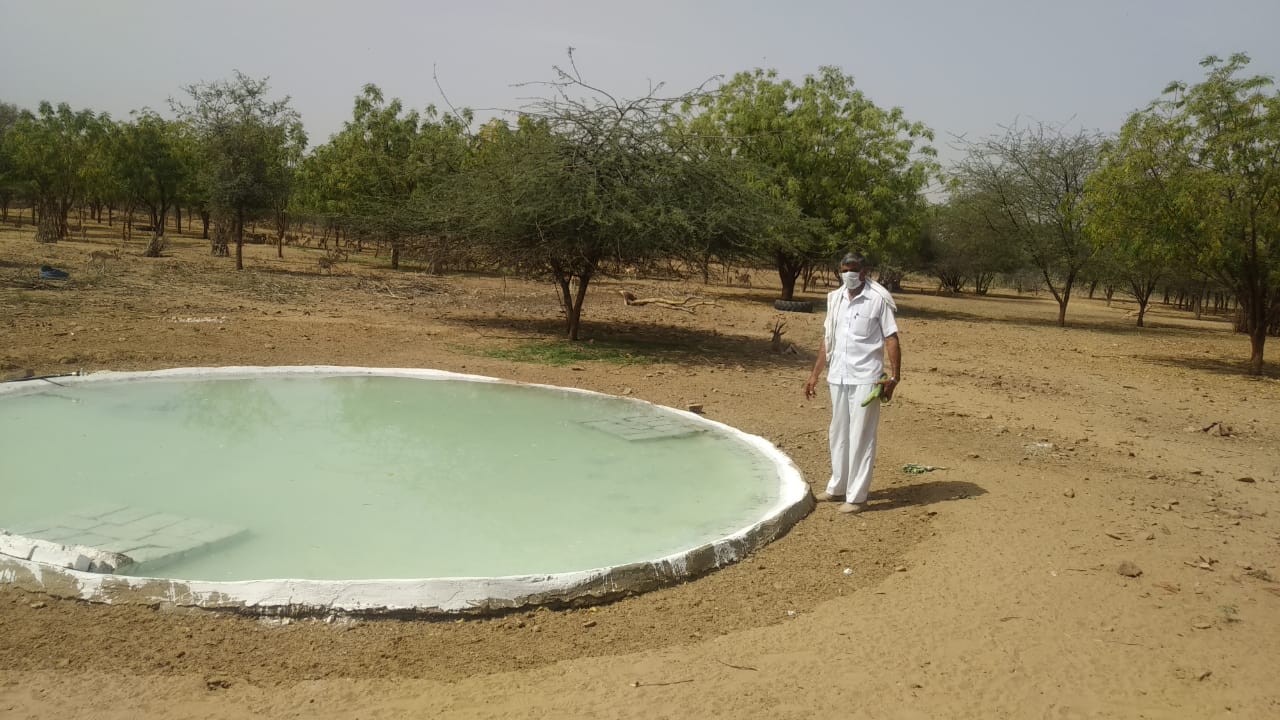 Peera Ram Bishnoi at the watering hole frequented by ungulates soon after it had been whitewashed, as suggested by the two experts, to eliminate pathogens and contain the virus.
Photo courtesy: Peera Ram Bishnoi