The Habitats Trust Grants, launched by The Habitats Trust, a nonprofit organisation founded by Roshni Nadar Malhotra, CEO and Executive Director of HCL Corporation, bring to the forefront organisations and individuals working at the frontline of wildlife conservation in India and seek to facilitate their work through funding. On November 13, 2019, 13 finalists of the second edition of the Grants, which launched in 2018, presented their proposals to a distinguished jury, which comprised of Dr. M.K. Ranjitsinh, Mr. Brian Heath, Ms. Bahar Dutt, and Mr. Shikhar Malhotra. Four recipients were awarded the grants. The editorial team at Sanctuary Nature Foundation spoke to Ms. Trisha Ghose, the Project Director, to learn more about the esteemed grants. 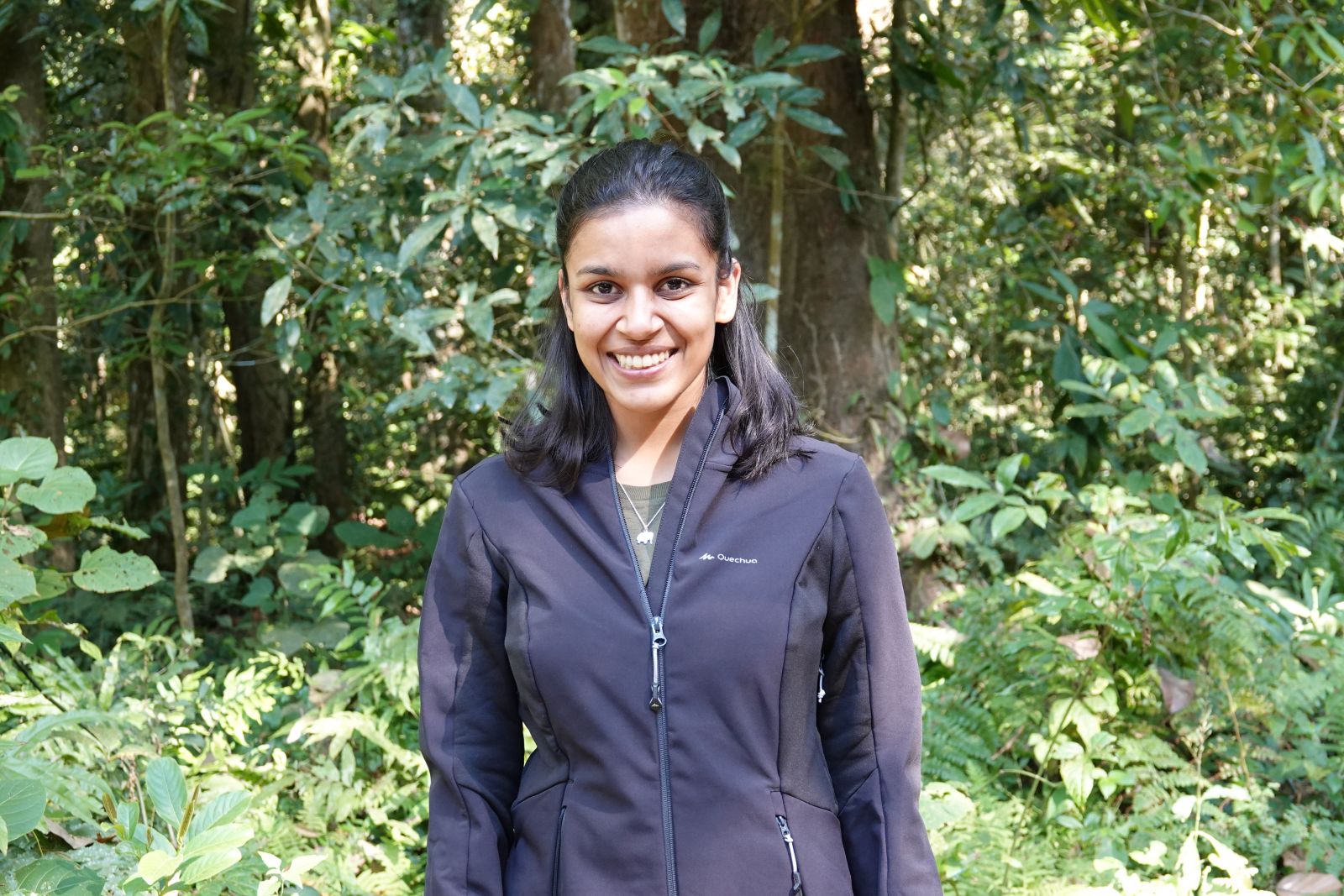 Sanctuary: How did The Habitats Trust Grants begin and what inspired its launch?

Trisha: The first edition of The Habitats Trust Grants was launched in August 2018. I have worked in wildlife conservation for nine years. Before the Grants began, I had been on the other side of the table, working with organisations that were in dire need of grants and struggled with funding. When the team began ideating the grants in early 2018, one aspect that drove us was that there currently exist more funding opportunities, grants included, for causes that are people-oriented. Though equally pressing, few opportunities for conservation are available within India. Aside from this, nonprofit organisations that depend on funding find that a bulk of it comes from grants, which originated abroad. That’s one part of it.

The second part of it is that when we started deep diving into existing funding, we noticed that funding for mega-mammals, which are your charismatic species like the tiger, was more commonly available. However, lesser-known species rarely came into the limelight. We wanted to do something unique and support specific conservation niches that need attention. This was how the Lesser Known Habitats and Lesser Known Species Grants came about.

Sanctuary: What are the different categories?

Trisha: In the first edition, there were three categories - the Strategic Partnership Grant, which is Rs. 25 lakh, the Lesser Known Habitats Grant, which was Rs. 15 lakh in 2018, and has since been increased to Rs. 20 lakh, and the Lesser Known Species Grant, which was Rs. 10 lakh in the first edition in 2018, and is now Rs. 15 lakh. In the second edition in 2019, we introduced a new category, the Conservation Hero Grant, specifically for individuals, which is Rs. 10 lakh. 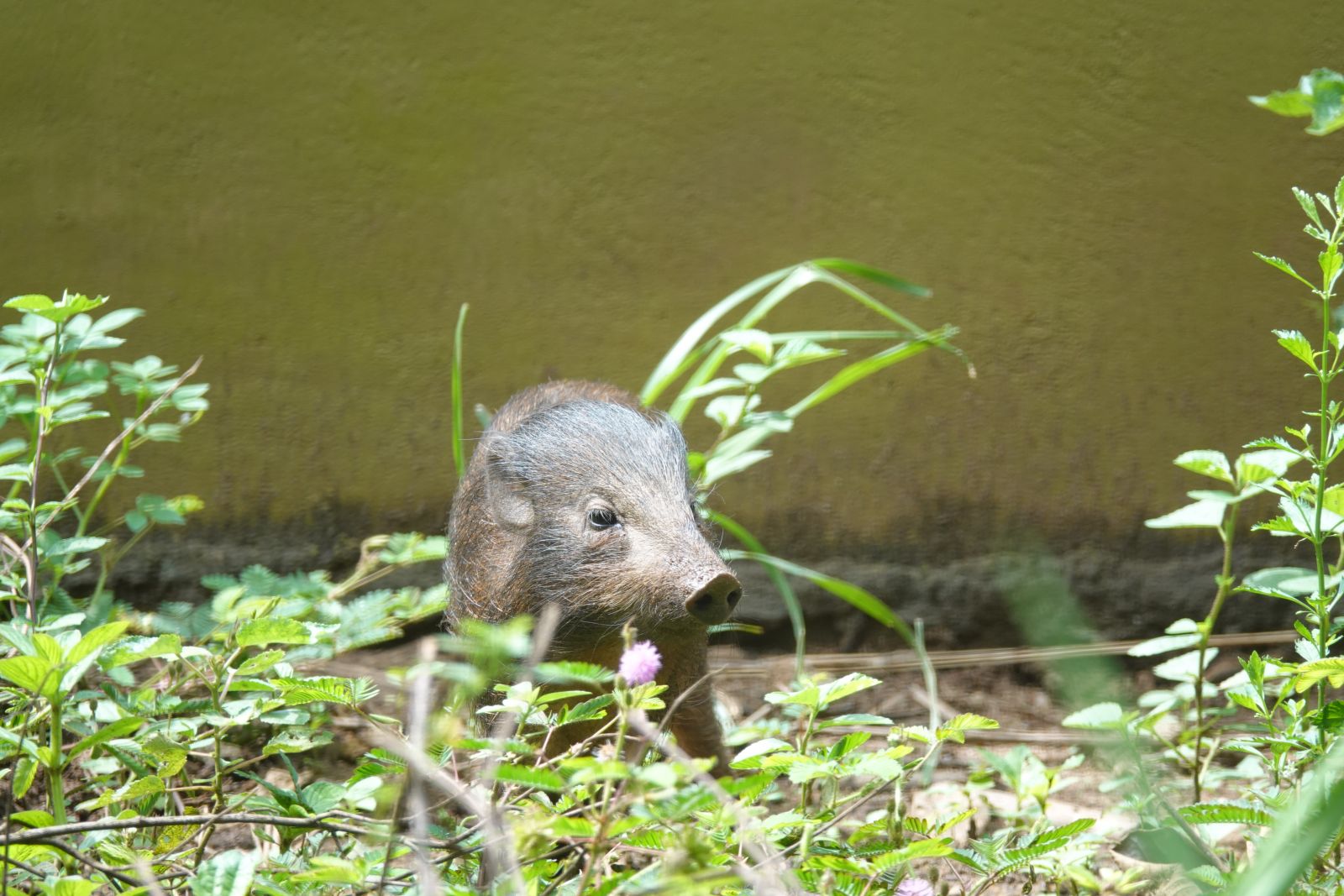 The tall, wet, sub-Himalayan grasslands are linked to the survival of many endangered species like the world’s smallest and rarest pig – the pygmy hog. Aaranyak, an Assam-based nonprofit which received The Habitats Trust Strategic Partnership Grant 2019 is working to conserve this mammal.
Photo: The Habitats Trust

Sanctuary: Could you elaborate a bit on the kind of people that apply, where they work, and how many applicants you receive each year?

Sanctuary: Tell us a bit about the 2018 winners.

Trisha: For the Strategic Partnership Grant, we chose Foundation for Ecological Security, which works on community conservation in three landscapes in Nagaland; Mount Pauna-Dzuleke-Khonoma, Zanabu-Melluri and Satori ranges, where they engage with 26 Community Conserved Areas. They are actively creating a biodiversity register, performing GIS mapping, overlooking the regulation of species, with a focus on anti-hunting laws, and managing forest extraction.

For the Lesser Known Habitats Grant, we identified ReefWatch Marine Conservation on South Andaman Island. Their team initiated a programme called Re(ef)Generate, which focuses on rehabilitating coral reefs, building artificial structures, and managing coral nurseries. Some other fascinating work they do includes growing coral fragments through coral spawning to fertilise corals, which are then attached to main structures.

For the Lesser Known Species Grant, we chose Sahyadri Nisarg Mitra, a community conservation nonprofit in Ratnagiri, whose working model is to initiate and build projects, and hand over ownership to communities. Their work on the Indian pangolin in Maharashtra was funded under the grant. They have installed 3,822 camera traps, created consolidated ecology reports, and have written a pictorial storybook on the species, over 3000 copies of which have been distributed to schools. 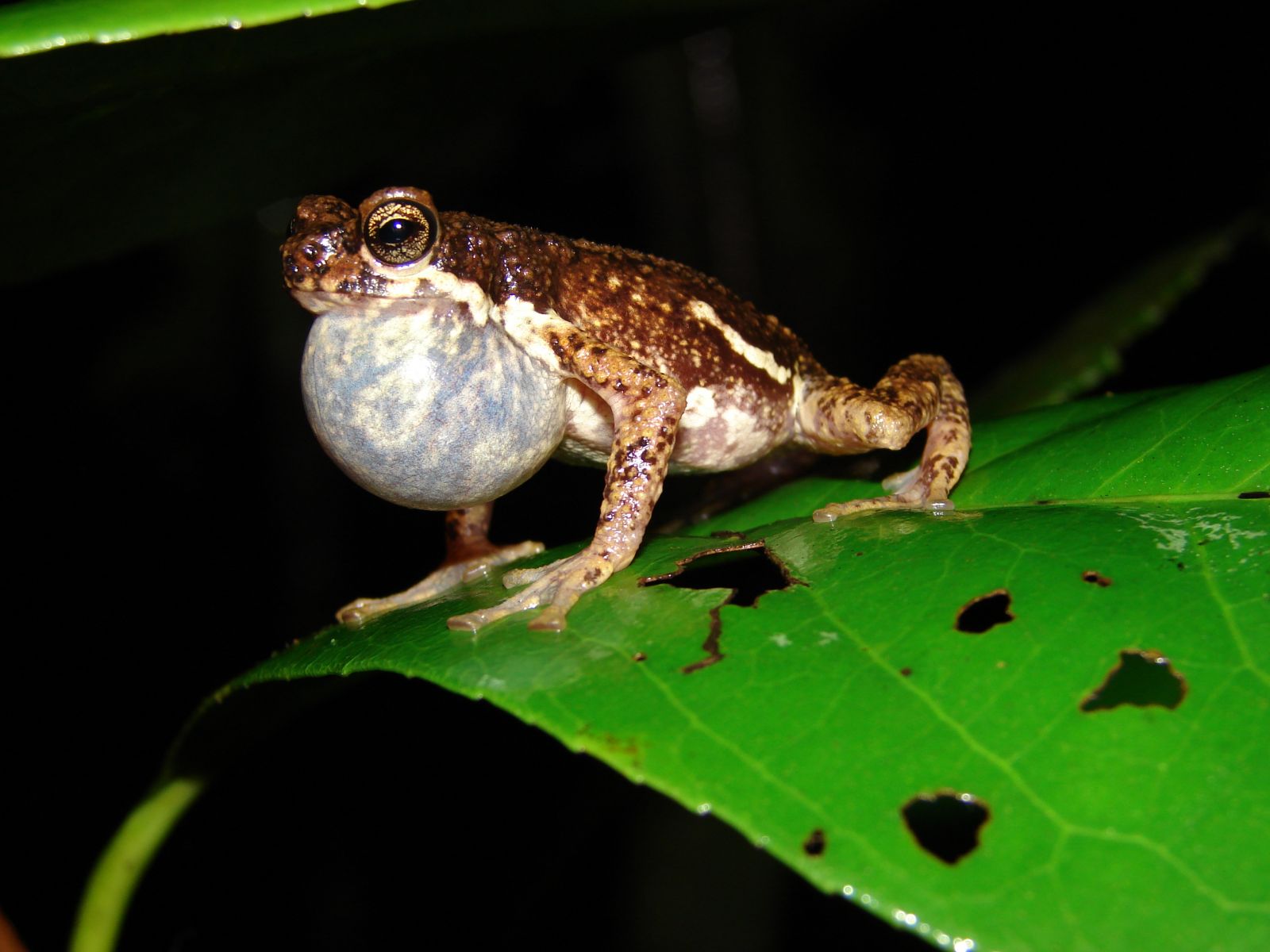 Bengaluru-based Metastring Foundation, which received The Habitats Trust Lesser Known Species Grant 2019, is striving to find innovative ways to deal with the decline of wildlife populations, like that of this Malabar tree toad. In 2014, they launched the ‘Mapping the Malabar Tree Toad’ programme to gather information about the creature’s distribution and natural history through public participation. The proposed project will be a first of its kind in the Western Ghats and will cover regions in Kerala, Karnataka, Goa and Maharashtra – regions where MTTs have previously been found.
Photo: Gururaja K.V.

Sanctuary: Who are the 2019 winners and what landscapes are they working in?

Trisha: Aaranyak received our 2019 Strategic Partnership Grant. They’re working to restore Manas grassland, and focus on the conservation of the pygmy hog and Bengal Florican, which are indicator species in this region. Under the project they are performing trials on grassland management, documenting these trials and interacting with local communities and strategising awareness programmes among them. They will also be training forest staff on grassland management. Grasslands have been overlooked for too long, and by using the mentioned indicator species, Aaranyak is working to figure out how grassland management can be revived in the country.

Coastal Impact received our 2019 Lesser Known Habitats Grant. While ReefWatch was working on coral restoration in the Andamans, Coastal Impact does something similar in Goa, where perhaps much higher tourism damage has been done to corals here, with higher pollution rates. They will be using microfragmentation methodologies to restore naturally fragmented corals, and also will be creating in situ nurseries to grow and replant corals in identified restoration locations. They will also be engaging local fishermen in awareness initiatives and installing mooring buoys to prevent further damage.

Metastring Foundation received our 2019 Lesser Known Species Grant. This organisation works on the endemic Malabar tree toad in the Konkan region of the Western Ghats. They are working to create a citizen science platform, and an app to document sightings of the Malabar tree toad and associated amphibian species, which can be uploaded onto the platform. Using this data, population, threats, and distribution of the species can be analysed. The organisation will also be working with the forest department to understand the stress that the species faces, and with the local communities to create awareness and invoke in them the role of guardians for the amphibian.

Neethi Mahesh received our 2019 Conservation Hero Grant. She has been working in the Western Ghats, focusing on riparian (land-river interface) habitats with the endangered mahseer fish as a flagship species. Through their first-of-its-kind freshwater fish telemetry project (technology that automatically transmits data collected from remote habitats to receiving equipment), Neethi and her colleagues were able to study the needs and behaviour of the endangered mahseer. Through her collaborations with the Jenu Kuruba tribals (honey collectors) who collect seeds by harvesting saplings directly from the riparian zone, Neethi is preparing a field guide of riparian species that can be used for habitat restoration. Neethi’s work in Dubare Reserve Forest focuses on reviving traditional knowledge of riparian habitats and lost native species at the grassroot level while taking the immediate necessity of conservation measures into consideration. 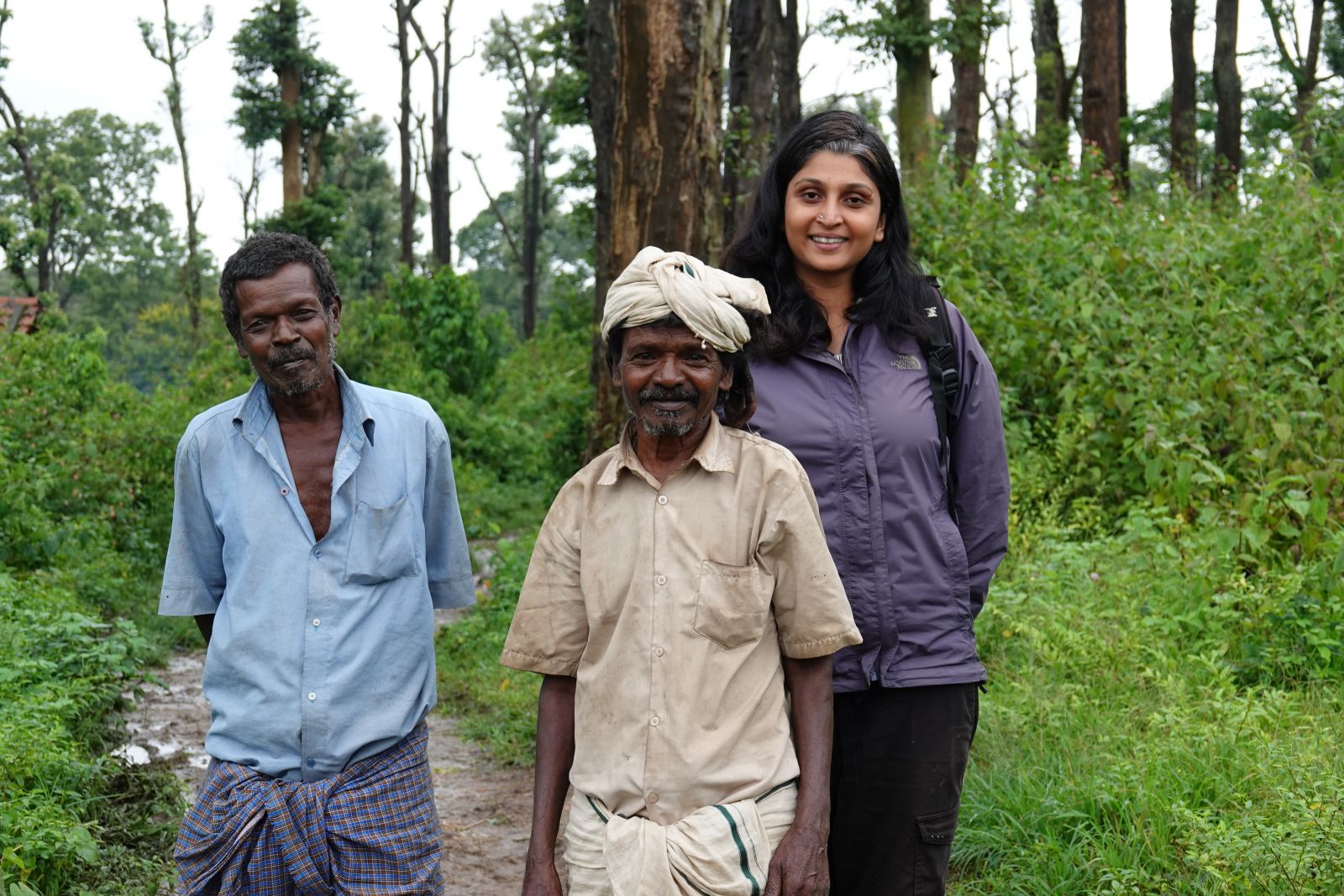 Neethi was a runner-up of The Habitats Trust Grants 2018 under the ‘Lesser-known Habitats’ category and has expanded the scope of her project this year as the winner of the Conservation Hero Grant in 2019.
Photo: The Habitats Trust

Sanctuary: Give us a brief on the selection process.

Trisha: We have audit partners who vet all applicants for eligibility. We then have four consultants who read each eligible proposal and use a ranking system to assess them on several parameters, including conservation need, long term goals, expected impact, and whether the model is replicable and sustainable. After this evaluation, we list applicants that will be visited. On our visits, we add our observations to the reports made by the consultants and analyse feasibility and structure. We send these to a subjury that selects finalists for the jury, which lasts a full day before the final grantees are announced. Additionally, 10 per cent of each grant value is awarded to all finalists.

Sanctuary: Tell us a bit about the future goals of the programme - how do you see the grants going forward?

Trisha: We are trying to ensure that our grants reach a still wider range of people. We will now be holding symposiums to raise awareness about the grants and clear misconceptions about their intricacies. Our team will be visiting areas where we receive more proposals as well as those where we receive less, to visit applicants, and address their queries.

Sanctuary: What obstacles have you faced in your interactions with locals and travels to remote areas?

Trisha: I visit each of the grant recipients as part of the process; once after the first quarter of their grant and again after the third quarter. Travelling has been difficult. In the first year, we were a mere two-member team. My colleague visited our finalists in south and central India and I visited those across the north and northeast. We visited 15 applicants within a month, from mid-November to mid-December. This year, a key challenge we faced was the monsoon. Our ground-level assessment between July and September fell right in the peak of monsoons. We found ourselves narrowly escaping the flooding of the Bhadra and Cauvery rivers. Another challenge perhaps was trying to reach out to smaller organisations, dealing with the language gap, since not all of us speak the local languages. Luckily, I speak Bengali and my colleague speaks four South Indian languages, so we were able to get by.

Regarding challenges in managing the grant - we are now a small team of four based out of Noida, handling all stages of evaluation. It’s quite a hectic process. Fortunately, we’ve been able to build a strong network, including Sanctuary and other organisations, which have helped us spread the word about our grants. The fact that we don’t focus on typical megafauna and mainstream National Parks has in itself attracted many applicants.

Honestly, if you ask me, these challenges pale in comparison to what we get out of this programme. Our applicants are all so welcoming when we visit them. The lessons we learn from them - I will carry these with me for the rest of my life. Every year, I feel that I come back from my visits with a fresh perspective on where we are and what more we should be doing. I am humbled to find these amazing organisations and individuals and that we are able to support their work.