A Photographic Fieldguide to the Wildlife Of South India

Strong monsoon winds almost swept us off our feet. My friends Gnaneswar, Varun, Faiza and I seemed to have chosen the wrong day to explore the high grasslands of the Nilgiris; wind speeds here in August have been recorded as high as 130-140 kmph.! Little wonder we were the tallest beings in the landscape. Even the rhododendron shrubs and the scattered shola trees here were stunted and bent in response to high seasonal winds. How the Black Eagle navigates these winds, soaring gracefully over the layered slopes, is quite a mystery. The one thing working to our advantage that morning was that we were bent over on our fours most of the time, peering into rock cracks and grass clumps for our endemic reptilians. As an adaptation to the cold winds and stunted vegetation, most wildlife sought the cover of the short shrubs or the shelter of exposed boulders.

“Horseshoe!’’ Gnaneswar, a young naturalist who had spent months exploring this grassland world, exclaimed. We had spread out across the hill in our search but within moments we were huddled around the rock fissure from where the mottled grey eyes of the horseshoe pit viper stared back at us, its dull orange tail wriggling near its head. After three failed attempts, we had finally managed to find one of the rarest venomous snakes of South India, considered to be endemic to the Nilgiri ranges. The rest of the day yielded more exciting finds like Nilgiri spiny lizards, Nilgiri day geckos, a woodsnake and even some amphibians. We even found the ground-adapted bronze-headed vine snake, that we were drawn to by the incessant alarms of a clearly distressed Nilgiri Pipit. Experiences like this, born out of curiosity and the love of exploration, spanning over a decade, formed the groundwork for our dream, compiling Photographic Field Guide – Wildlife of South India. A labour of love, we had spent three long years curating it until it was finally published in December 2020. 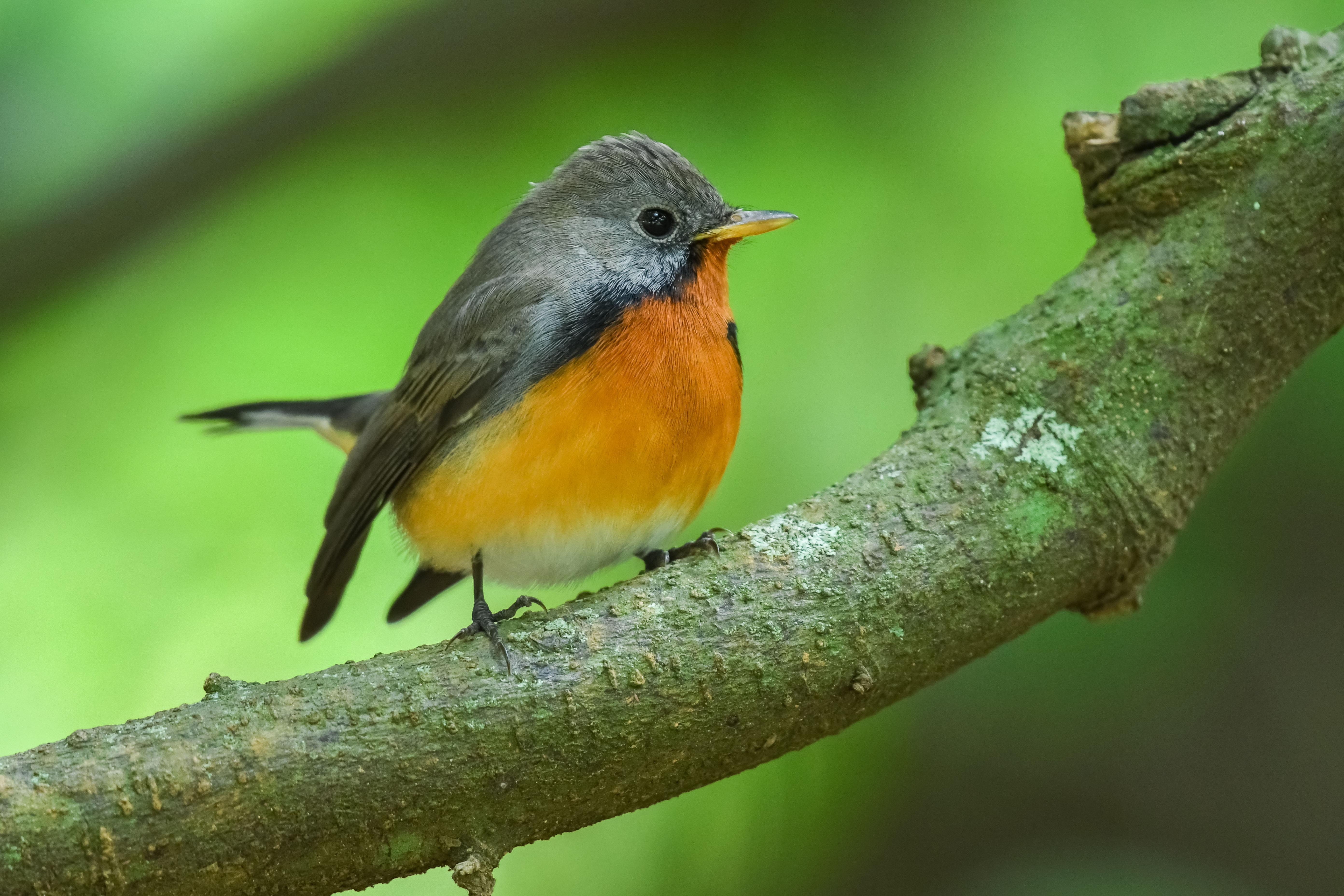 As naturalist guides working with the Forsyth Lodge in the Satpura Tiger Reserve, my friend and confidante David Raju and I would explore as much of India’s biogeography as we could during the monsoons, when parks were closed. Residents of South India, we naturally spent a lot of time in the Western Ghats and the eastern coastal scrublands. David’s interests in frogs and dragonflies and his association with research groups in Kerala kept us updated on data, taxonomy, ecology and more. Every walk unearthed tons of information thanks to the many experts we were invited to accompany… sometimes as photographers, other times as field hands.

Over the years, we covered parts of the Western and Eastern Ghats, with information and photographs on diverse species, ranging from the critically endangered resplendent bush frog of the high Anamalais, the Kudremukh shieldtail of the high sholas near the Kudremukh peak, the White-winged Tern that stopped over in Pulicat and Kundapura, to the Myristica sapphire, a beautiful damselfly endemic to the foothill Myristica swamps of southern Western Ghats.

South India is a conglomerate of habitat mosaics fragmented by geological markers. Most of its unique and diverse species are best experienced on foot, the joy of which is lost in most of our popular parks but remains a necessity to understand the complexity of the South Indian wilds. Walks, not just in the pristine sholas or grasslands, but even in plantations of tea and coffee, rice paddies, urban wetlands, beaches, and dry hillocks in the Deccan bring out the essence of South India. Such worlds are sadly ignored by most. We chose to compile these wonders into a book to give people a chance to appreciate the wilderness of peninsular India. 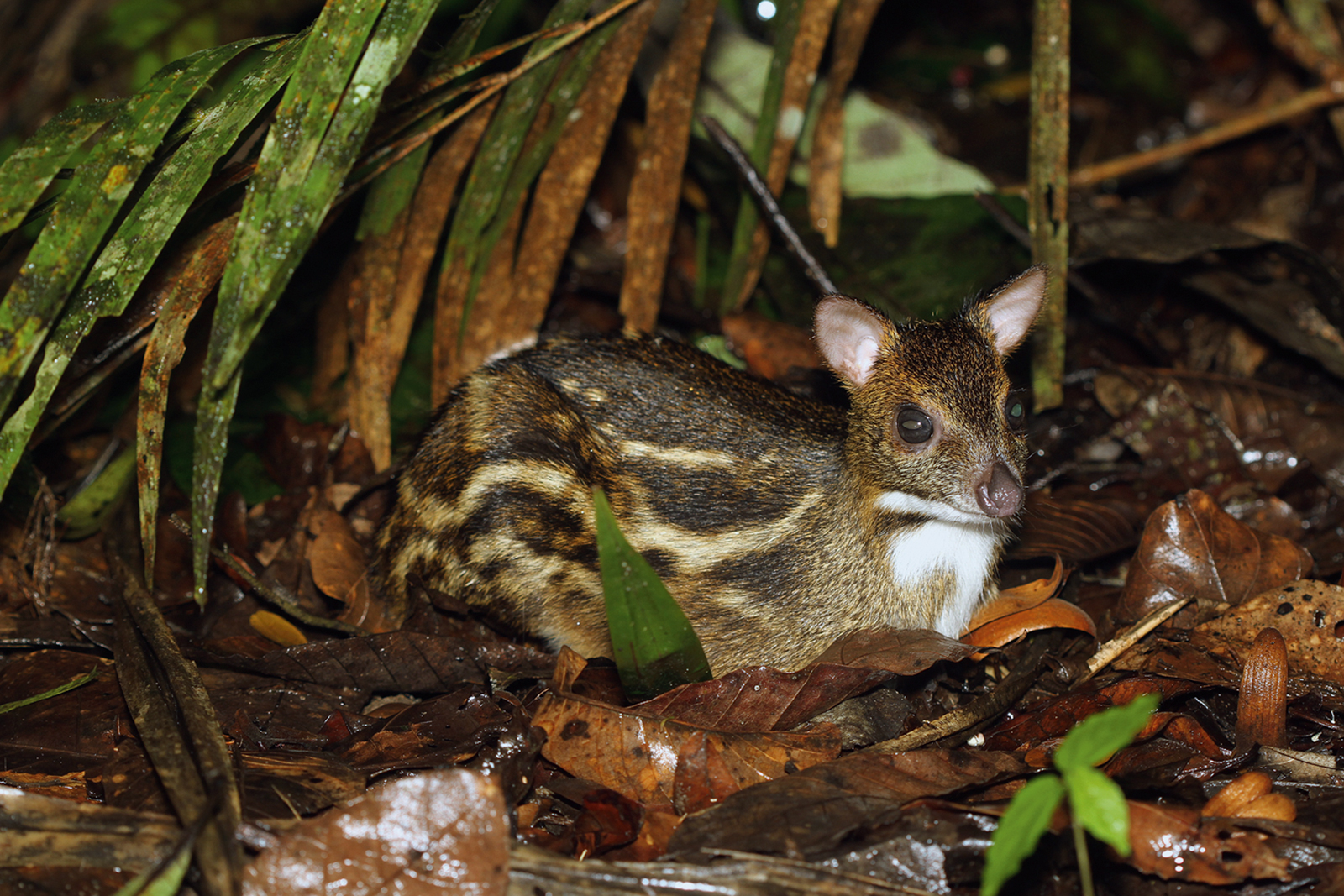 The smallest ungulate, the Indian spotted chevrotain Moschiola meminna is also called the mouse deer. It stands around 25-30 cm. tall, weighs just four kilogrammes and can be found in evergreen and deciduous forest habitats. Photo:David Raju

This was not our first field guide. Working for years in the Satpura Tiger Reserve, where sighting a big cat was rare (though sloth bears were relatively common), we found that the key players during safaris, walks and canoe excursions were the lesser fauna. Consequently, our backpacks were stuffed with field guides on mammals, birds, dragonflies, butterflies, reptiles and such like. We honed our knowledge on experiences and species less sought after, stories less told.

As might be imagined, our outlook towards the wilderness and our approach changed. Even when we visited other tiger reserves such as Ranthambhore, Kanha and Bandhavgarh we found greater pleasure in quieter places and the limited walking spaces that we could explore. The grasslands of Kuno, flatlands of Bundelkand, sal woodlands of Pachmarhi and the eastern Maikal forests of Amarkantak thrilled us as much as or sometimes even more than a big cat strolling towards us down a forest path. Over time, we built a comprehensive repository of information on Central India, across all seasons, habitats and micro-habitats. In 2013, a naturalist friend gifted us a photographic guide on the wildlife of South Africa by Duncan Butchart. Almost instantly, David and I decided to put together a comparable book for Central India. With help from experienced friends like Pradip Krishen and Sheema Mookherjee, within two years we published the Photographic Field Guide – Wildlife of Central India in 2015. The difference it brought about was palpable, both for guests and guides.

Compiling a similar book for South India was a dream that came true, but the challenges were greater than anticipated. 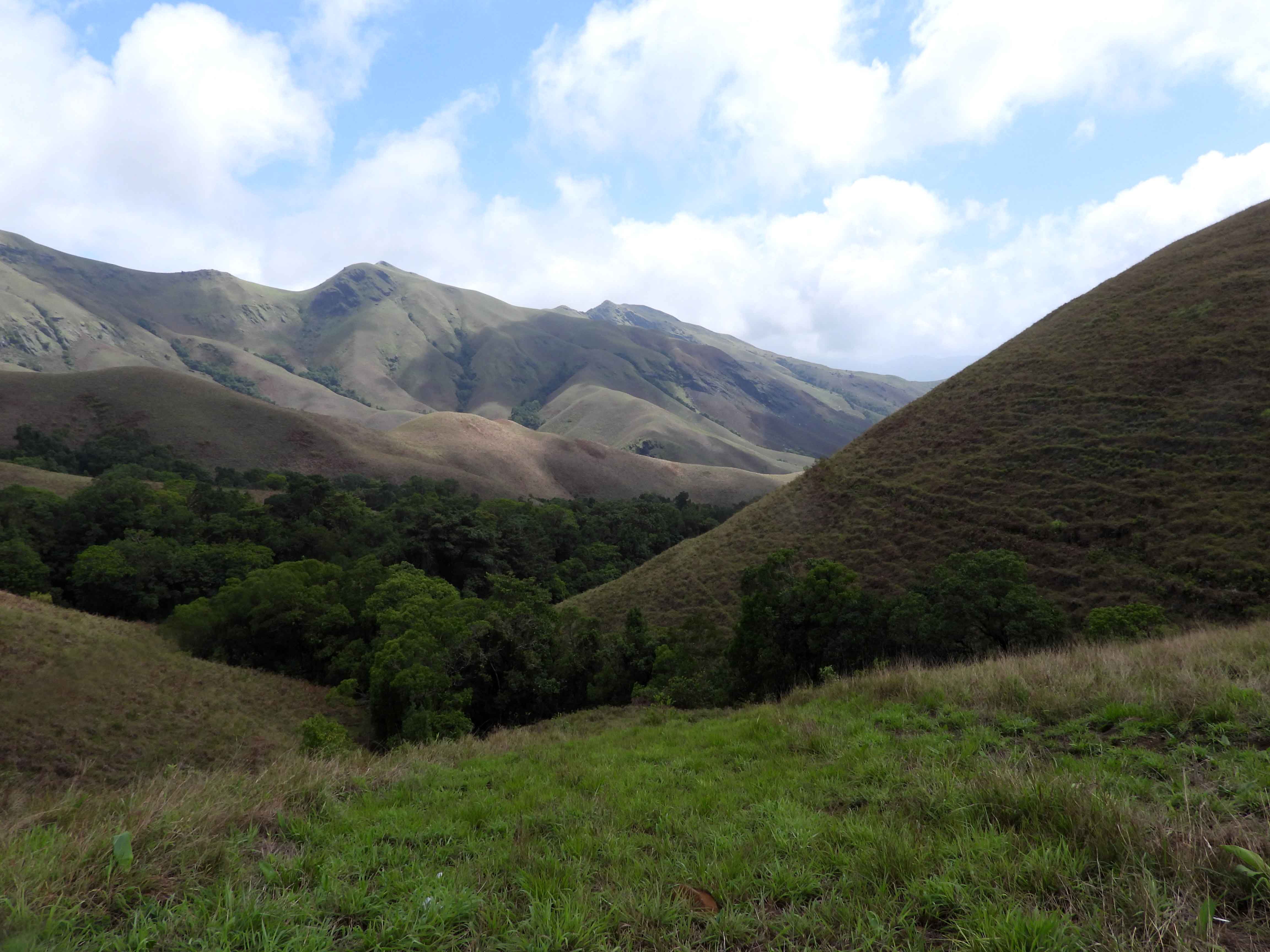 The sholas of the Western Ghats. Photo: Surya Ramachandran

To begin with the heterogeneity of habitats in South India was complex, unlike the comparatively smooth mosaics of the Central Indian landscape. South India was much more than just the Western Ghats. There was a disturbing lack of knowledge of the biodiversity of the Deccan, south-eastern plains of Tamil Nadu and the northern Eastern Ghats. We had failed to realise the enormity of the species diversity and the high degrees of endemism that these landscapes support. For example, north Godavari areas like Maredumilli, Papikondalu and Araku valley supported a huge range of species that were better known from Northeast India, a wide range of endemic reptiles apart from a few of Western Ghats and Deccan plateau species. We needed to understand this diversity and distribution and did so by exploring these landscapes.

The sheer diversity of species here when compared to Central India was huge. In our book on Central India, we featured 20 amphibians; here we tackled 240! Ditto for all six taxa.  Creating a book with such great species diversity – 1,920 in all – within the limitations of a field guide was a daunting task. The book needed to be compact and light, yet comprehensive, with evocative images and relevant texts. Our experience with the Central India book and, more importantly, our editor Faiza Mookerjee and designer Mugdha Sethi, helped turn our large manuscript into the guide book we are both so proud to have put together.

The taxonomic arrangement of species and groups with complex identification keys was a major hurdle. Though we had come across Caecilians during our field visits, we had never bothered identifying them, perhaps on account of a combination of laziness and the complexity involved. We now had to learn about these species, select our images and lay out the pages as lucidly as possible. Identification of species groups such as Indirana sp. frogs, Hemidactylus sp. and Cnemaspis sp. geckos and even some warblers were beyond the scope of our book. We chose not to use technical jargon like pre-cloacal femoral pores, or focus on the precise lengths of digits in frogs. This was a major challenge, which we managed by using disclaimers, in-depth introductions and most importantly, splitting them based on distribution and visible external characteristics to, at the very least, help enthusiasts narrow down species. 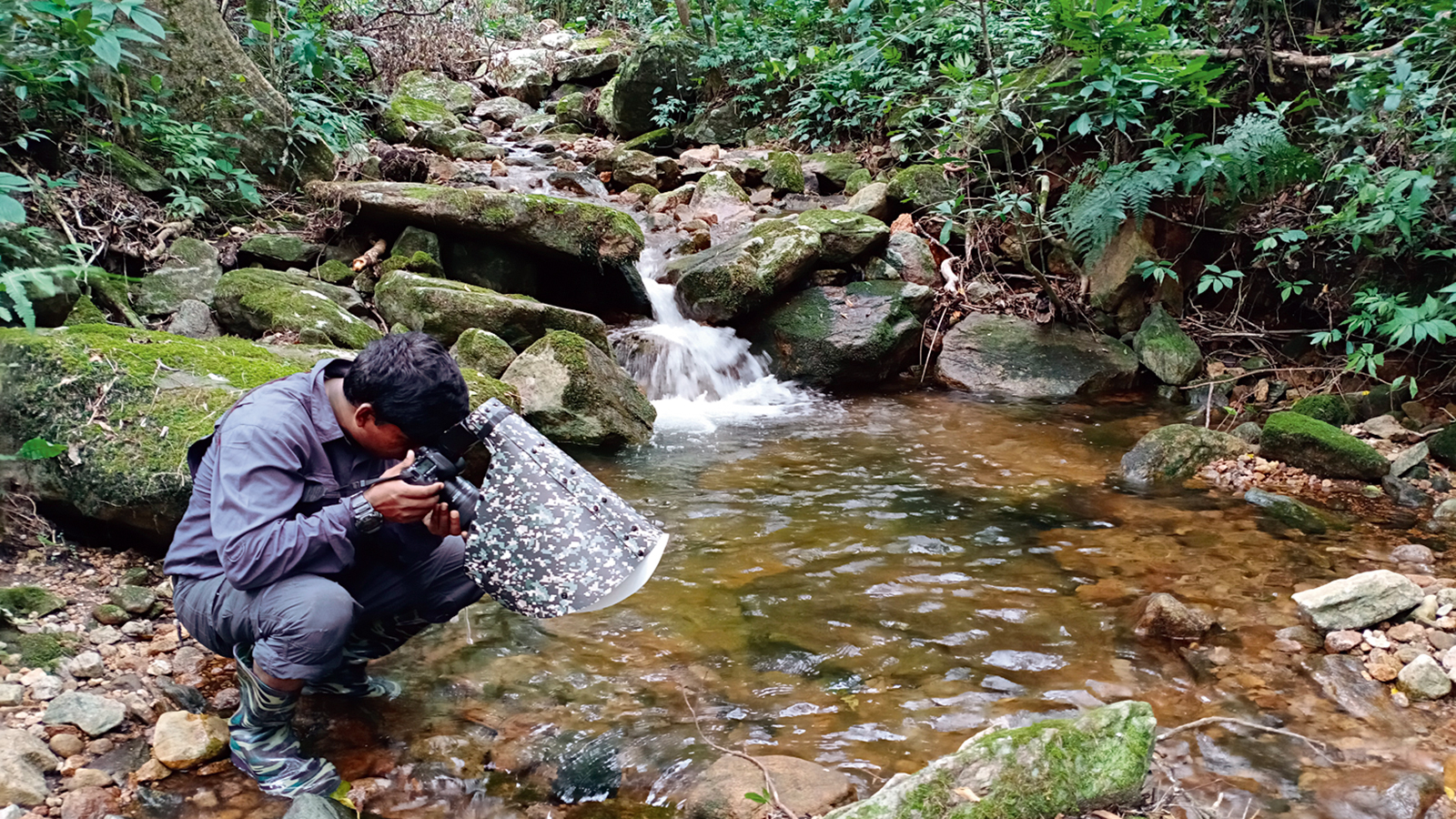 David Raju, co-author of the field guide, seen photographing frogs in the Western Ghats. While compiling material for the book, he and his co-author Surya Ramachandran travelled widely across South India’s mixed mosaic of wildernesses. Photo:Surya Ramachandran.

In the course of compiling our book, we had the opportunity to interact with several experts and learn about countless new species. We scoured multiple image repositories, online banks and papers to find the right images for all species. Some described species however had no images, and instead were assigned old illustrations or images of museum specimens. Going through leaves of the Fauna of British India series, we learnt about many such species considered lost over time. Macromia sp. dragonflies and shieldtail snakes were two such groups. We looked for misidentifications in existing image banks and fresh searches for those species, which often turned up in the most unexpected places.

One such mystery find was the golden shieldtail Plectrurus aureus described by Beddome in the late 18th century using a specimen collected from a particular hill in Wayanad. Recent surveys in that area could not locate the species. We had almost given up hope when we received a message from Rohan Mathias in the Nilgiris. Dhruva Gowda, the eight-year-old son of Rohan’s friend, accidentally come across the snake while digging in his garden! Seeing the photograph, we knew we had struck gold. A visit with an expert, Vivek Philip Cyriac, helped us confirm the species. The rediscovery after 140 years of hiding in plain sight happened because of a possible locality error, an inquisitive kid, two desperate authors and the knowledge of an expert! 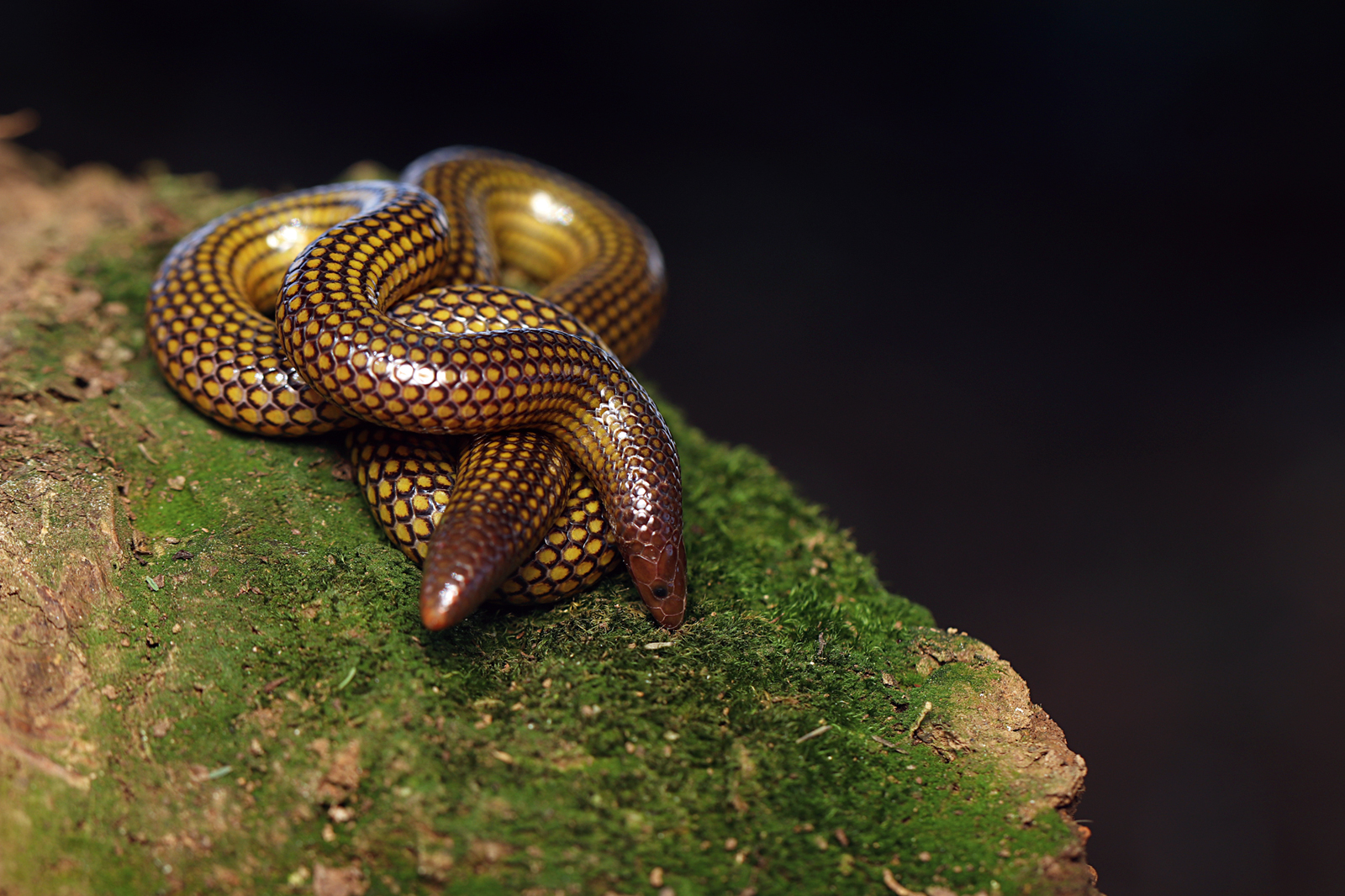 The elusive golden shieldtail Plectrurus aureus had not been spotted for over 140 years, until the son of the author’s friend spotted it in the garden of their home in the Nilgiris! Photo:Surya Ramachandran.

After two years of wrestling with volumes of information and new species additions, we finally proceeded with Pragati Offset in Hyderabad, where our book was to be printed. On a free Sunday, we visited Srisailam, a place we had written about in the book, but had never visited. We both wanted to see the Telangana plateau endemic, Nagarjunasagar skink Eutropis nagarjunensis, a stunning rock dwelling reptile. For company we had researcher Chethan Kumar who sent us the image of the animal we had never actually seen. Thanks to him we saw many individuals, plus other reptiles and birds that had made the granite hillocks that rose above the Telangana plateau their home.

The exhilaration we felt when we saw the skink in its own habitat, after months of just seeing it as a photograph in our book is precisely what we wish to transfer, both as naturalist guides and authors, to all who travel with this book in hand. South India has a lot to offer in every corner of its geography, for those who are interested in its diversity. What an incredible journey putting this book together has been! If through our book we manage to pass on the baton of curiosity, awareness, conservation and conscious travel to readers, we will have accomplished our purpose.

The book covers 1,920 species of mammals, birds, butterflies, dragonflies, reptiles and amphibians that occur in the six states – Tamil Nadu, Kerala, Karnataka, Goa, Andhra Pradesh and Telangana – of peninsular India. It was generously supported by WWF-India and
many individuals and organisations.

Surya Ramachandran is a widely-travelled engineer-turned-naturalist and author of two field guides along with fellow naturalist David Raju. His core interests lie in wilderness guiding and sustainable tourism practices together with understanding microhabitats and telling stories of ecological relationships.