Backstories of the Wild

“The wildest memories are not always in the wildest of places. What is engraved as wilderness in our mind is, for the most part, observing the antics of a house insect, a garden butterfly, or a bird passing overhead. As a wildlife biologist, I believe there is always more to explore in the wild and I try to understand how different life forms fit in the puzzle of nature. Here are a few snapshots from my wilderness escapades that left a profound effect on me and the way I perceive the world.”

Skipping my evening tea and snacks that day, I run to the backyard, grabbing a towel from the clothesline, and dashing through the gate, still in my school uniform. The clouds are going to burst soon and the ten-year-old me has to hurry. The narrow path through the stone retaining walls covered in lush green mosses and grasses leads to our coconut field. There, in the middle of the grass meadow, a slender stream flows quietly between the coconut trees. The slippery mud trail that leads to the water has me fall almost every time I’m there.

It’s drizzling already. Stooping down, one end of the towel tied to my neck, I scoop with the other end through the grassy edges of the stream. Again and again. Then, crouching on the banks, I look into my little trawler – mud, dead leaves, tadpoles, mud again, creepy larvae of several kinds, and some tiny glistening jewels – just what I came for! Killifish fries! I pick up a pair of them.

Year after year, the monsoon unveils the dramatic life in our neighborhood. The short-lived monsoon stream is a lifeline for fishes. When rain hits the rivers, breeding fish begin migrating. Through the roots of screw pine thickets along the river, they move into the streams. It guides them through the coconut fields, through all the hidden nooks and crannies, among the rubble, grasses, and roots–egg laying spots. Many are caught on the way back, a cruel fishing practice. The lucky ones and their offspring survive. But, for a ten-year-old, finding the little fries among a school of tadpoles was pure joy.

I grab a Taro leaf from nearby and dip it into the water. The tiny bit of water in the middle glistens like silver. The little killifishes swim in circles inside the leaf. Triumphant, I get up and turn. Splosh! I slip on the bank and fall down into the stream. The leaf and the little jewels disappear in the downpour within seconds. I get up, wet and disappointed. But as a 90s kid, life in northern Malabar was truly a joyous ride.

“Go to the other side,” my brother shouts. I jump into the shallow water and wade across the river, looking up. It is still fluttering very low, an orange-colored butterfly-like creature, but bigger and far more agile. Hovering over the river, it takes off again.

“To the rubber estate,” my brother commands. My cousins follow. It was definitely out of our reach. We could never catch it by hand. But, inspired by the 2000s TV character Shaktimaan, the gang of stupid teenagers was up for anything. The estate was terraced. One by one we jump up and down the terraces, following it through the rubber trees. I struggle to catch up with the rest. And then it happened. The airborne creature just flies towards me. It was hardly a few feet away. Excited, I jump after it, only to fall onto the road a good eight feet below.

Limping, I follow the screams; the others were running all over the riverbank, chasing something nearly invisible in the twilight. The riotous atmosphere would seem quite funny for an onlooker. Finally, it flies under the bridge. It spends a few good seconds beneath the bridge fluttering slowly, exhausted after a long chase. Poor thing. It then flies up and quickly dissolves into the sky, set ablaze by the evening sun. The pack of idiots was still screaming.

It would take me nearly another decade to know what we were chasing after. A painted bat Kerivoula picta, a rare flying mammal. I couldn’t move my ankle for weeks. But I have never had the opportunity to see it again, there, or anywhere else. 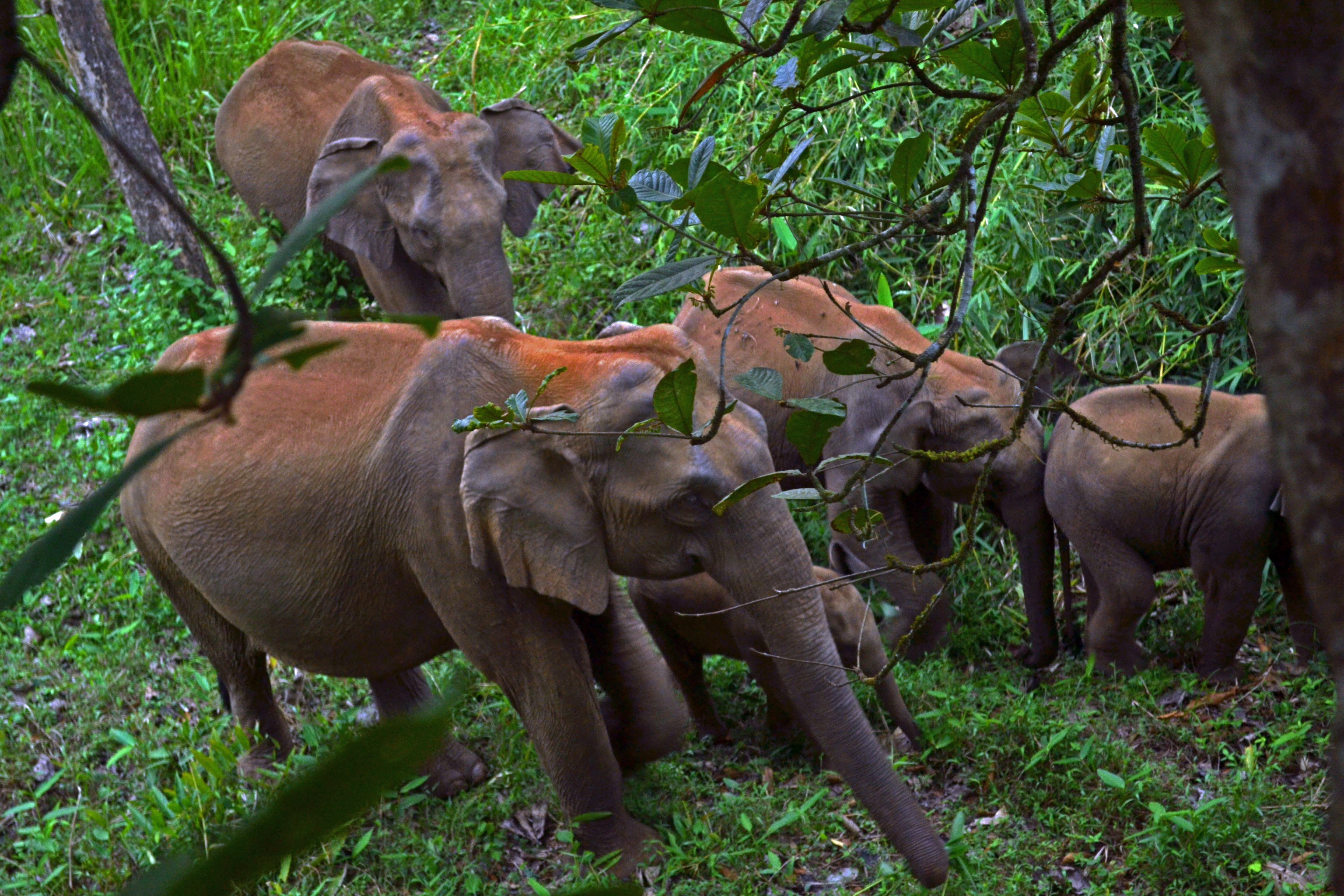 The water is cold yet refreshing. The banks of the stream block the light with overhanging reeds. Taking a last dip, I call out to Adarsh for a towel to dry off. The cold bath relieved the stress of a long day of vegetation survey through Athirapally forests.

It was the year 2013. As final year students of Forestry, we had well explored the forests of Western Ghats by then. We were currently located right across the majestic Athirapally waterfalls.

Taking our belongings including my precious camera, we decide to move back to the campshed, which isn’t very far.  I am stopped by an arm across my chest and a very low “shh” from Adarsh. We peer into the teak forest on the other end. The rustling sound in the heavy undergrowth didn’t comfort us. I wasn’t one to appreciate jump-scares. Gladly, nothing jumps out of anything, except that the entire place suddenly seems mobile, and an intense smell suddenly wafts through the air. Then, a gentle squeak. Elephants!

The herd is attempting to move into the stream for their evening drink. We wanted to go to the opposite direction, which apparently is not an option. It was just open grassland between us. Before I knew it, Adarsh grabs me and we run towards the nearest tree. Hailing from the high ranges of Idukki district, Adarsh was an expert climber and in no time, he is on top of it. He struggles to help me do the same.

I scrabble around the tree trunk and somehow manage to get on top. And then we wait.

The herd is too cautious. It takes them a while to come out in the open and move to the stream, one by one, all 30 of them. Then the unimaginable happens. The herd moves right under our tree. My heart stops for a moment. We weren’t very high above the ground. Luckily, the herd moves away without paying attention to us. Or maybe we were just a pair of macaques to them, who knows?

Adarsh manages to capture the moment with my camera. But we had to spend another 30 minutes up there until the ‘gentle giants’ finished drinking and grazing. In the jungle, some of the most surprising encounters happen when we are not even looking.

Macaques and menace aren’t two different words. They can show how close they are to us in terms of courage and ingenuity.

The hostel rooms at the Wildlife Institute of India (in Dehradun) weren’t the most spacious. Little did I know that I will have to share it with some unknown visitors when I enrolled as a PG student. We had constant complaints from the caretaker about throwing garbage across the corridor (Rhesus macaques were rummaging through the bins). We had a reputation for being too loud (half the credit went to the macaques on the roof). Things would go missing from room to room (well, who else were the suspects?).

That day, as I return from class, I spot a blood-soaked Rhesus macaque sitting on the pavement, alone. It doesn’t move even as I approach it. Having started my animal behaviour classes, I feel courageous (or stupid) enough to approach the animal without a second thought. That ‘victim’ tables soon turn as I get closer to the injured animal. An alpha male who was sitting on a termite mound nearby, leaps over me, probably thinking I was interfering in their family feud. I run way blindly until I hit the solid wall on the other side. Luckily, I am saved by a senior researcher who chases away the alpha.

I learn my first lesson on human-wildlife conflict that day. Least interference with animals is the best interference. And yes, I managed to complete my animal behaviour class. 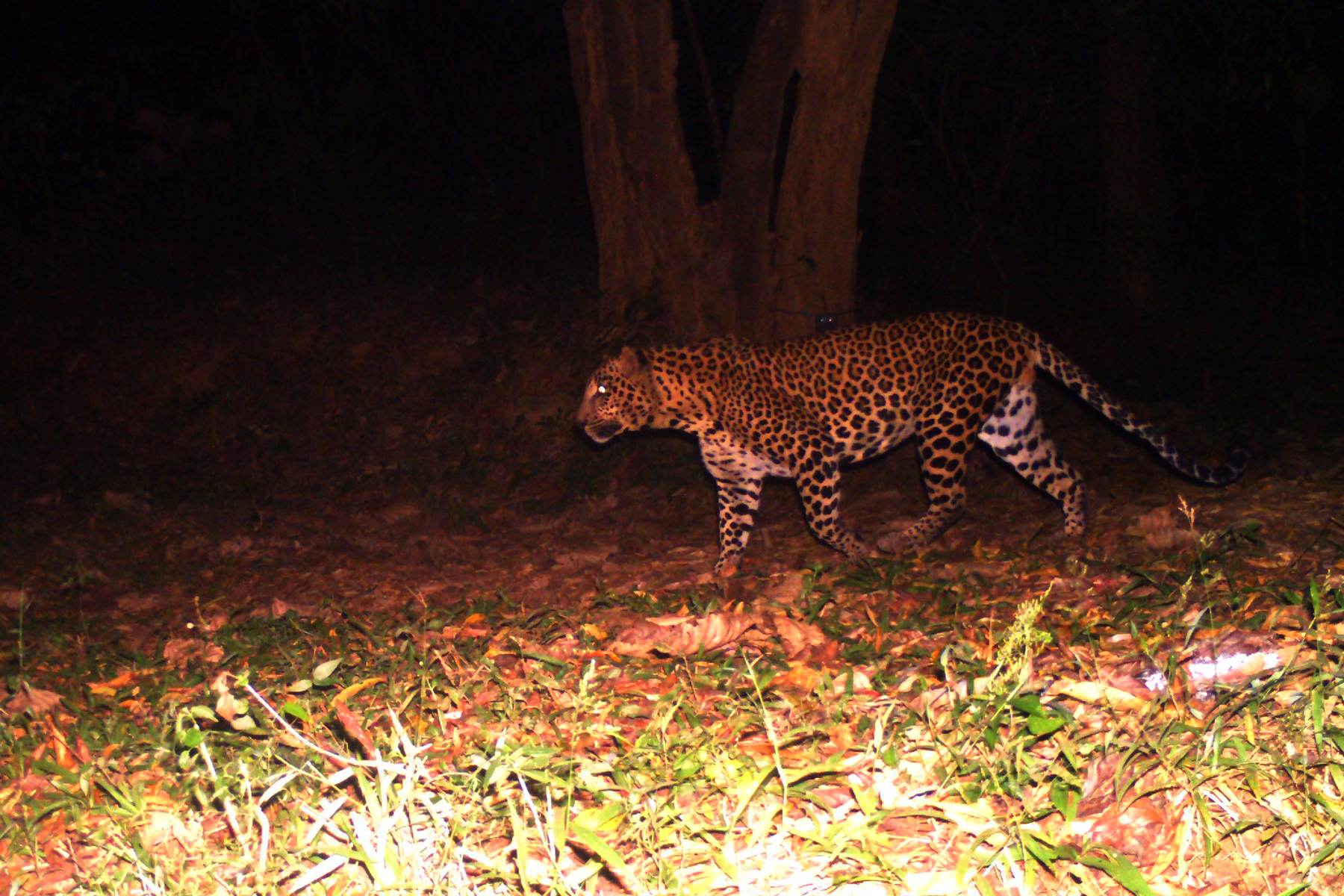 “Your mousetrap isn’t working. Bring a bigger one for the leopard." The villager was mocking my camera trap box. I smile awkwardly at him.

It is 2016, and I am working as a conservation biologist in Silent Valley National Park. The community along the forest fringes are angry —overnight, their goats had been preyed on by leopards. Capturing the image of the culprit and shreds of evidence was critical, and the people were laughing at my inefficiency. I scour through the rubber estates, searching for leopard pugmarks and scats. The childhood experiences did help.

After looking into the kills and camera trap images we find that it was in fact leopards. We decide to rectify the situation by managing the surroundings – regulating free grazing, clearing up abandoned estates, light protection for cattle sheds. It works to a certain extent. But people are as eager as I was when I was a teenager to catch an animal. I understand their curiosity as much as their trouble with backyard animals.

We manage to resolve the issue to a great extent but never put an end to it. Elephants, macaques, and leopards are all “troublemakers” at some point, if given the opportunity.

One of those nights, angry villagers were chasing a pair of leopards away from a cattle shed. The fearless animals were still prowling under the shadow of rubber trees. I got a glimpse of them.

Whether it’s the sparkling predator eyes I encountered that night or those shiny helpless killifishes I caught, I know it was just pure survival instincts driving them to be there. We own the land in human terms. But our space should extend to all those beings without any title to the land. Our lives are meant to cross paths with other beings. These animals crossed my path and they are part of my story now… or maybe, I am theirs.

Aneesh Ramakrishnan is a wildlife biologist from Kerala who has carried out research in animal behavior and habitat ecology. He enjoys exploring India’s wild geographies and solve the puzzle of how different life forms fit in nature.