Climate Change and Seismic Hazards in the Dibang Valley

Independent researcher and geographer Chintan Sheth highlights the risks of constructing mega dams in the Dibang Valley, which lies in a seismically active zone. This is a summary based on his detailed natural hazard assessment of dams in the valley. Sheth has also submitted these concerns to India's Forest Advisory Committee, which is coming under pressure to reject forest clearance to the Etalin Hydro Project.

The proposed Etalin Hydroelectric Project is located on the Dibang river of Arunachal Pradesh, a high-mountain watershed that is prone to natural hazards as a result of its unique and complex geological, ecosystem, weather and climatic conditions. The three main tributaries that give rise to the Dibang river; Mathu (Mathun), Dri, Talõ (‘Tangon’ in official documents) are fed by glacier melt, monsoon rainfall and snowmelt. These factors regulate the volume and flow of river water and thus, have consequences for the viability of the planned hydroelectric projects, as well as the safety measures that need to be put in place. A team of independent geologists and hydrologists who reviewed the project documents have found that these contingencies have not been adequately addressed by the project developers, potentially putting the people, biodiversity and economies of this 10,000 km2 region at a high risk. These are explained below.

The mountains upstream of the proposed Etalin dam contain 300 glaciers and 350 glacial lakes that feed the rivers. These glaciers have already thinned out due to climate change. With predictions of a further loss of up to 60% of their current volume by 2050, the electricity production capacity of these hydro power projects is likely to fall considerably. Thinning of glaciers also gives rise to the unnatural formation of lakes on their surface, which have been known to cause sudden outburst floods. 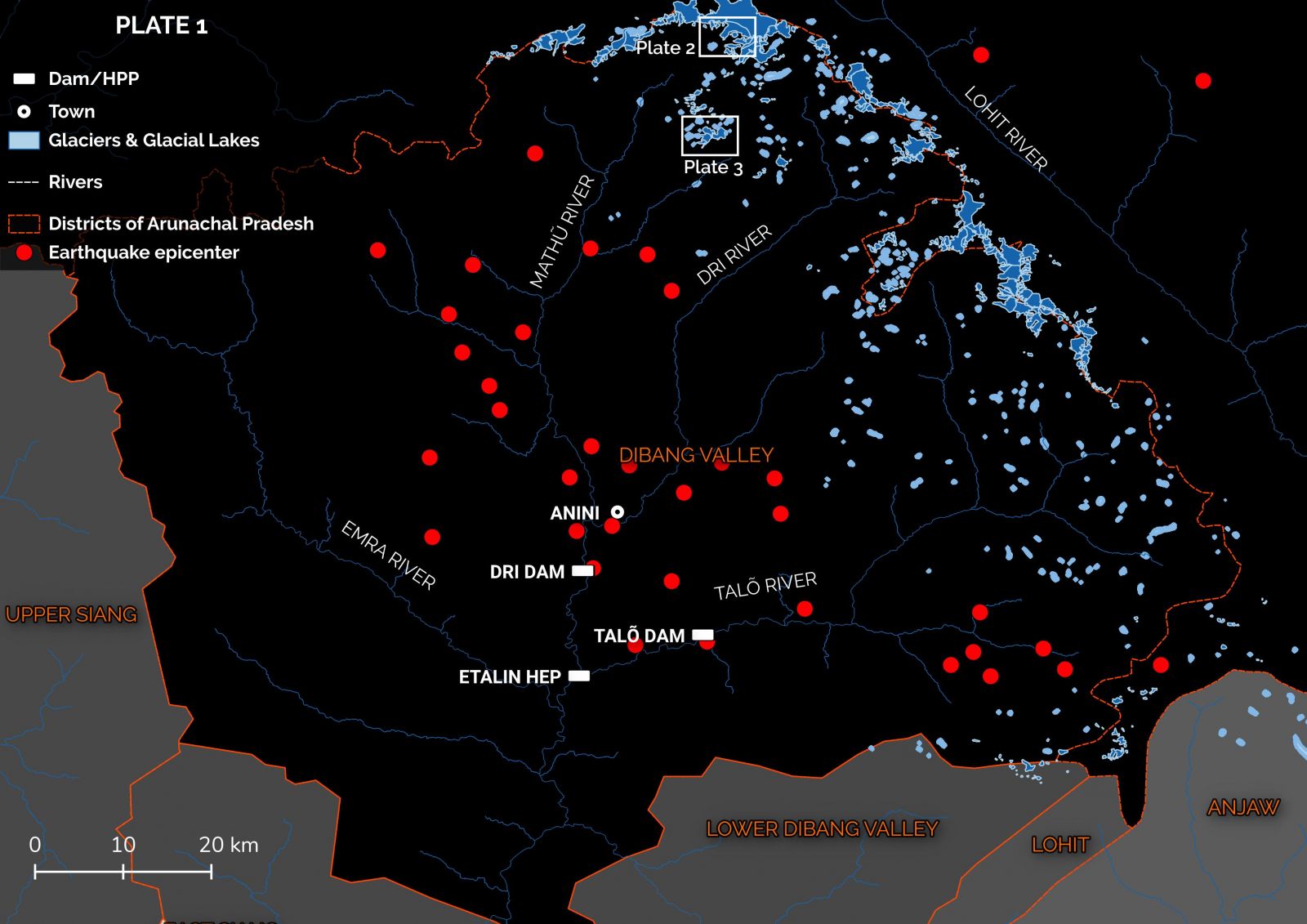 This plate shows the general study area with a focus on glaciers and snow-cover melt in the Mishmi mountains (inset plate 2 and 3: supraglacial lakes). 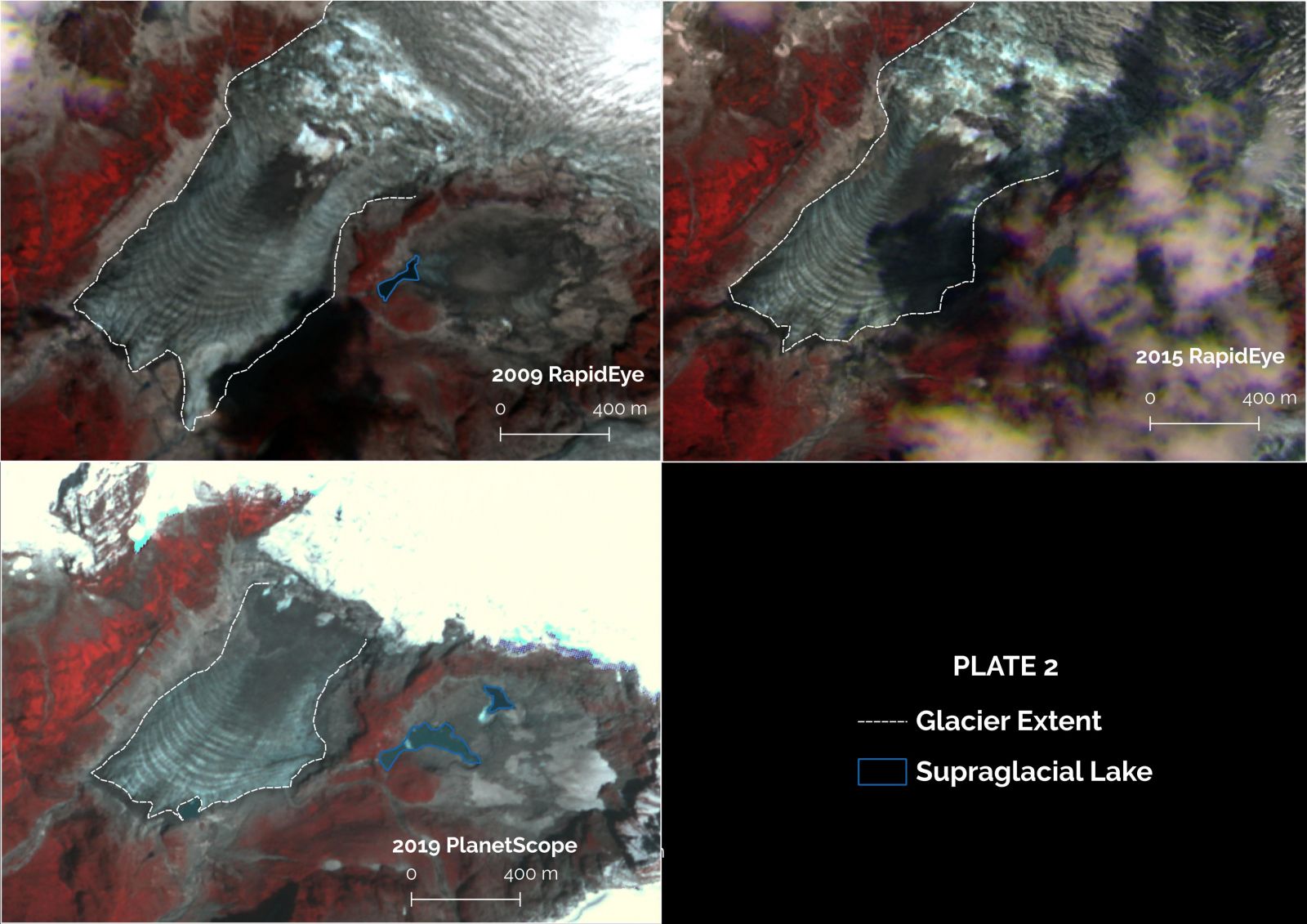 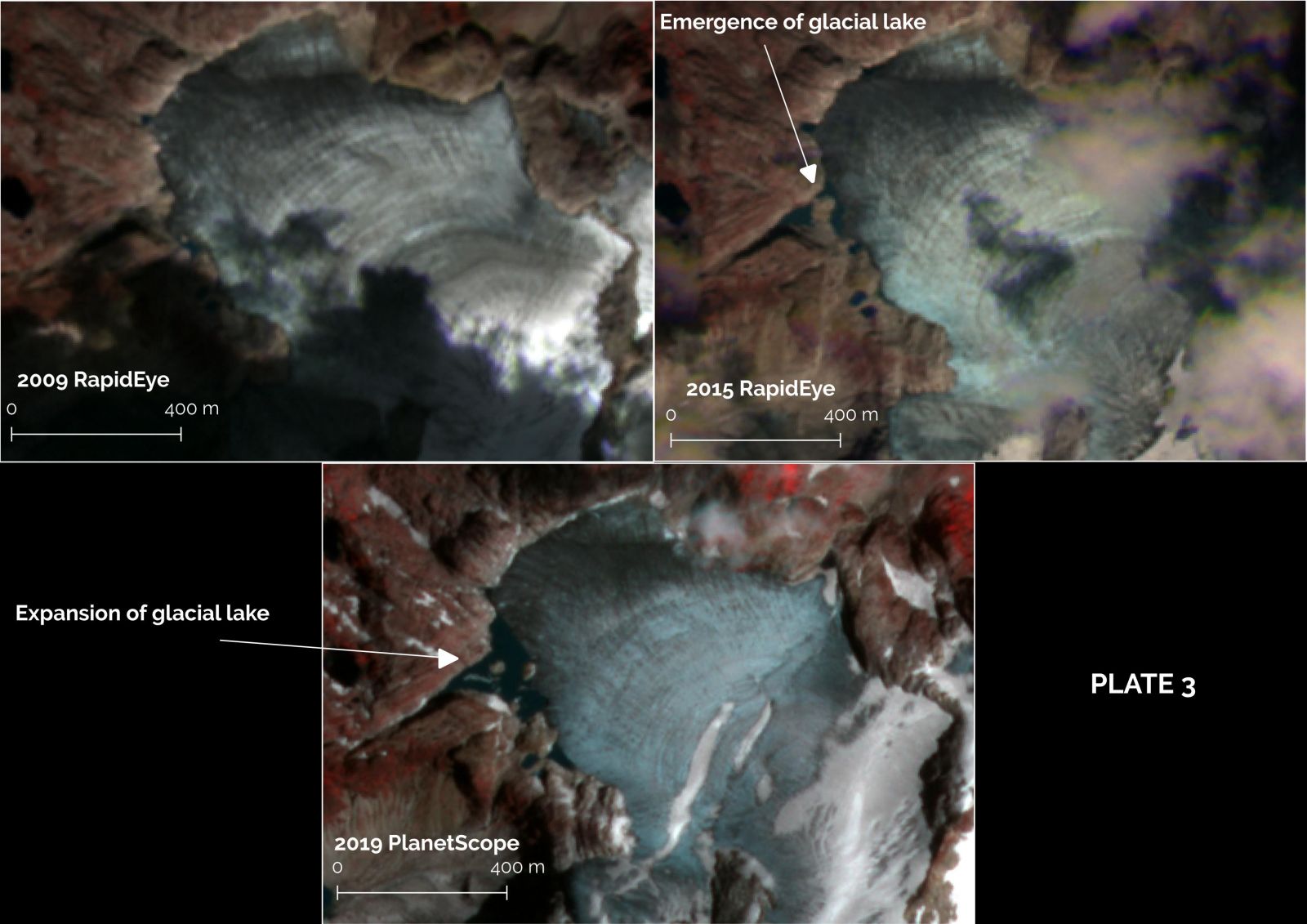 Glacier thinning and emergence of supraglacial lakes due to climate change make communities at high risk from outburst floods.


A combination of glacial lake outburst and cloudburst in Kedarnath in 2013 that led to the colossal loss of lives and livelihoods, and damaged at least two hydro-power projects downstream, stand witness to the destructive power of such events.

Extreme precipitation events, i.e., when an unusually high amount of rainfall occurs, leads to a sudden increase in sediment load often causing rivers to change course. In 2015-16, 72 homes in Anpum and Loklung villages of Lower Dibang Valley district were washed away when the    Dibang river unexpectedly changed course following extreme rainfall events. Such extreme rainfall events are becoming frequent due to climate change. 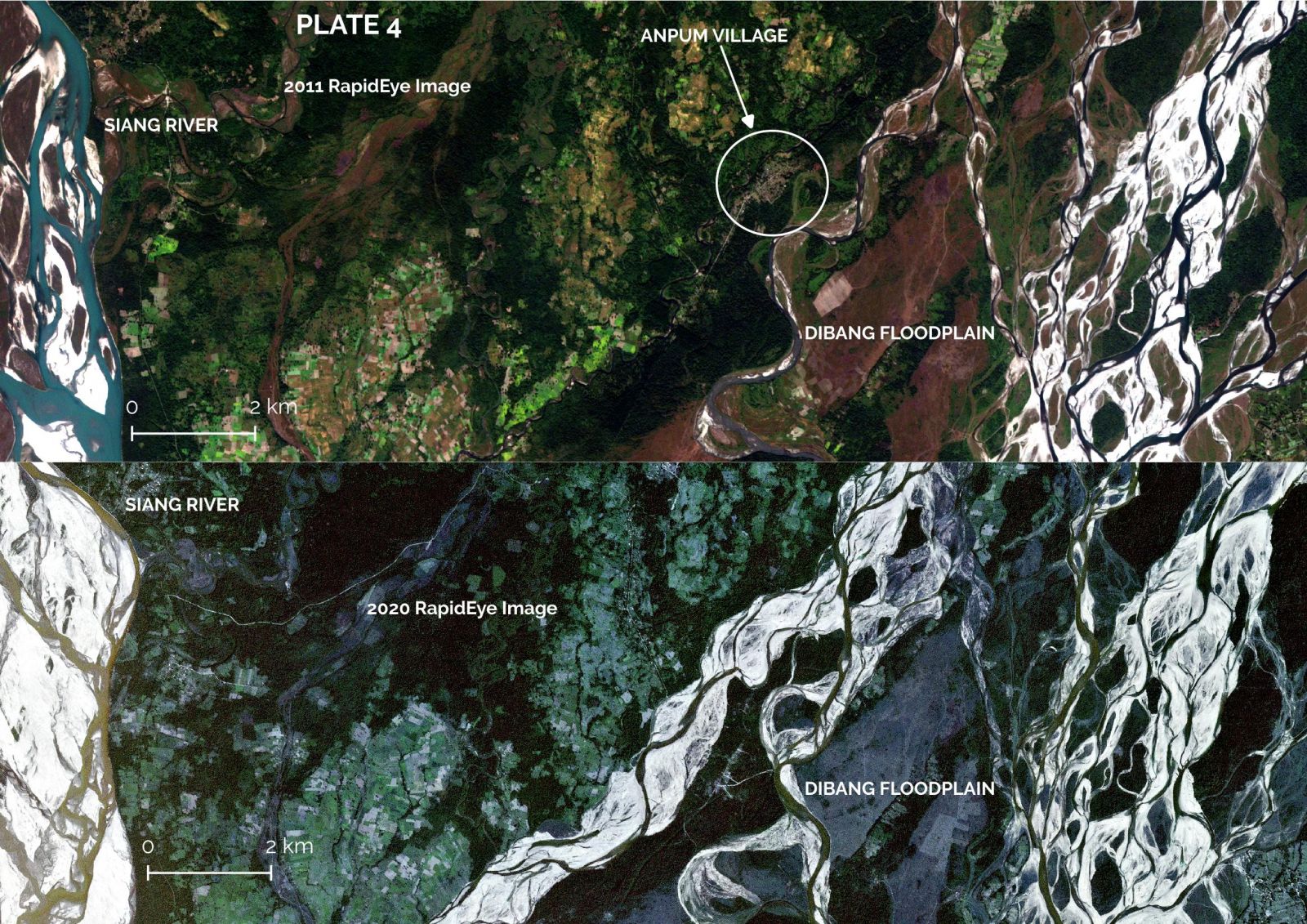 Location of Anpum village, 90 kilometers downstream of Etalin. In 2015-16, there was extreme precipitation across Dibang Valley which led to floods that destroyed 72 homes in Anpum and Loklung villages.

Landslides are common across Arunachal. However, in 2017 earthquakes triggered vast landslides that blocked the Siang river. The blockages cleared in 2018 due to extreme precipitation events in Tibet, flooding parts of Assam and Arunachal. Recent research using satellite data and more accurate climate models predict that a combination of increased rainfall and glacial melt will substantially increase the risk of landslides in the higher mountains. This puts the people, biodiversity, infrastructure and any hydro power projects built downstream at a much higher risk.

Dams for hydroelectricity create a secondary blockage after an outburst flood event, that releases water rapidly. Dams often relase water suddenly during excessive rainfall to prevent dam failure. While dam breaks are infrequent events the sudden release of water are common practice. The sudden release of water may only take a few hours to reach downstream, the flow path is anyone’s guess. How can communities and ecosystems downstream adapt to such unpredictable events? The natural vegetation and topography of a river is better capable of mitigating the effects of floods, as it has over the last millenium. Furthermore, it is not certain that the dam safety measures and design can withstand multiple glacial lake outburst floods or seismic events. Given the potential natural hazard risks to communities and their ecosystems, the scientific consensus is against the construction of dams in Dibang Valley.

Chintan Sheth is a naturalist and geographer with expertise in the Eastern Himalaya, particularly Arunachal Pradesh. He has led several biodiversity surveys in Arunachal, and in the past has reported multiple natural hazard events that threatened the people of Arunachal Pradesh and Assam.