It seems like yesterday. I can still smell the wood smoke. Remember the conversations. Feel the warmth of the campfire under the banyan tree that gave birth to Sanctuary, the magazine, which the late Fateh Singh Rathore, virtually coerced penniless-me into launching.

I had been visiting Ranthambhore for years and would continually harangue Fateh with “how can I help you?” questions in the late 1970s. A few drinks down, at our usual campfire under the famous Jogi Mahal banyan tree, in December 1980, a frustrated Fateh retorted: “When you go back to Bombay, have a big party every month. Talk to all your friends about how they can help us save tigers. Then, come back and ask me the same question you ask every time you come: ‘Fateh, how can I help you save the tiger…’ what else are you city people good for? You keep talking and talking and talking, while the tigers keep dying.”

Stung to the core I responded testily: “This is the last time I will ever come to Ranthambhore, unless you tell me just how I can actually help.” Silence ruled for ten full minutes. Then, as the fire died down and we turned to Jogi Mahal and bed, he muttered: “Bittu, there are hundreds of bekaar (useless) magazines on Indian politics, sports, films… not one wildlife magazine. Start one! Win public support. That will help. But I know you will do nothing! Then on your next visit, you will ask the same question. You city people are like that only.” Exactly nine months later, in October 1981, I handed him the inaugural issue of Sanctuary Asia.

A lot of whiskey was drunk that night. Some tears were shed. Hugs were exchanged. And we drove up to ‘Ghazal Hill’ to listen in the dark of night to Fateh’s favourite ghazals (lyrical poems).

What plans we had! So many highs and even more lows. Fateh, Valmik Thapar – who shot this image of a tiger under ‘our’ banyan tree – and I, would sit late into the night and talk about the magic of tigers and how the forest was springing back to life, without anything but protection from humans.

Fateh and I would sometimes climb to the ramparts of the fort to get a bird’s eye view of the forest that was his life… and quickly became our family’s second home. What tales were told around his campfire. Of defenders of the fort such as Raja Hamir and the Akbar Nama that mentions not just the fort he conquered, but also the banyan tree under which we sat.

“Who knows,” Fateh would say, “whether 500 years from now either the tiger or this forest will still be here.”

I find myself asking the same question 40 years later. 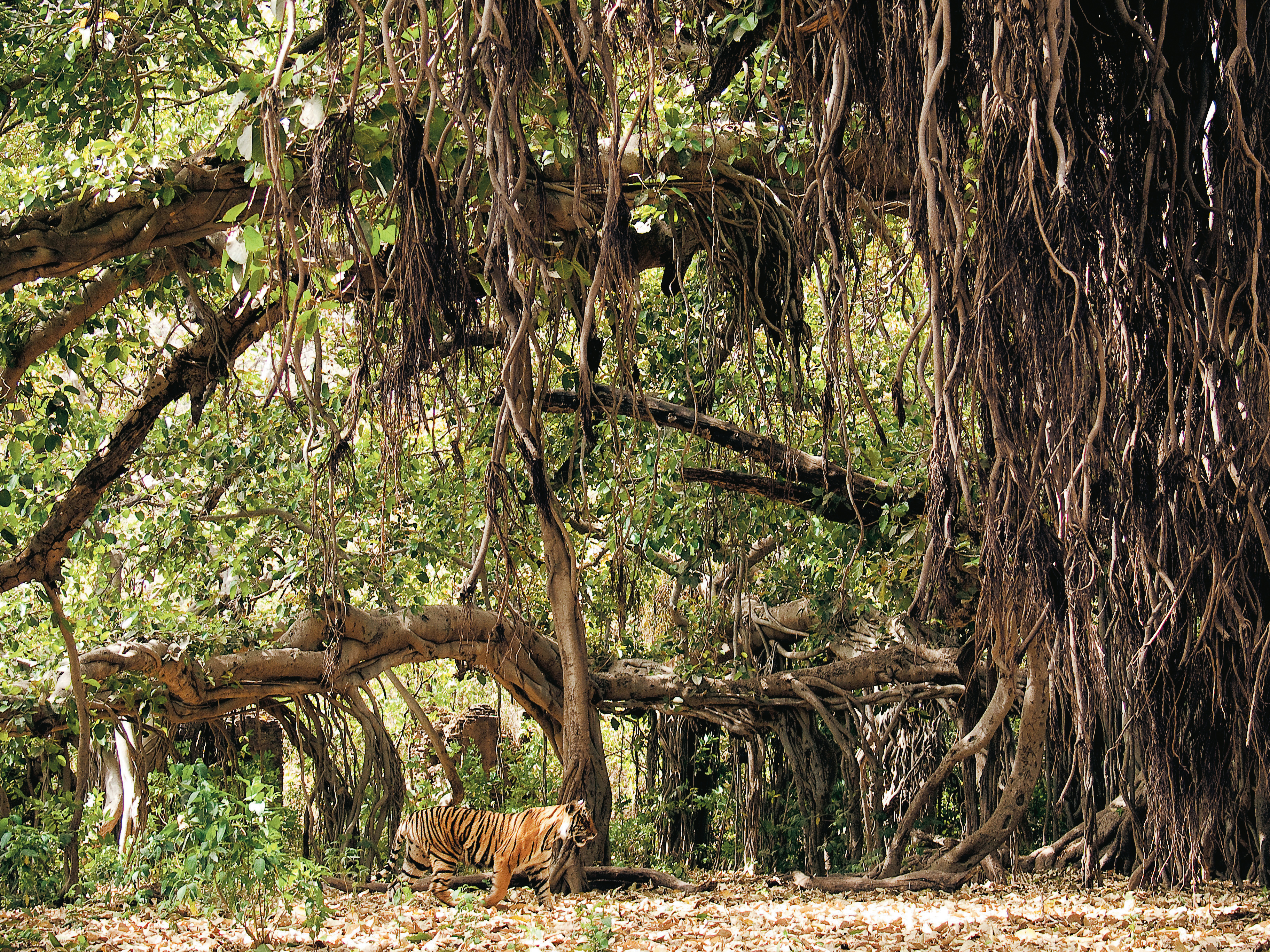