Feeding The World: Women And Biodiversity

The two great ecological challenges of our times are biodiversity erosion and climate change. And both are interconnected, in their causes and their solutions.

Industrial agriculture is the biggest contributor to the above mentioned challenges. According to the United Nations, 93 per cent of all plant variety has disappeared over the last 80 years. Monocultures coupled with chemical inputs do not merely destroy plant biodiversity; they have also destroyed soil biodiversity, which leads to the emergence of pathogens, new diseases, and more chemical use. Our study of soils in the Bt-cotton regions of Vidarbha showed a dramatic decline in beneficial soil organisms. In many regions with intensive use of pesticides and GMOs (genetically modified organisms), bees and butterflies are disappearing. There are no pollinators on Bt-cotton plants whereas the population of pollinators in Navdanya’s biodiversity conservation farm in Doon Valley is six times more than in the neighbouring forest. The United Nations Environment Programme has calculated the contribution of pollinators to be $200 billion annually. 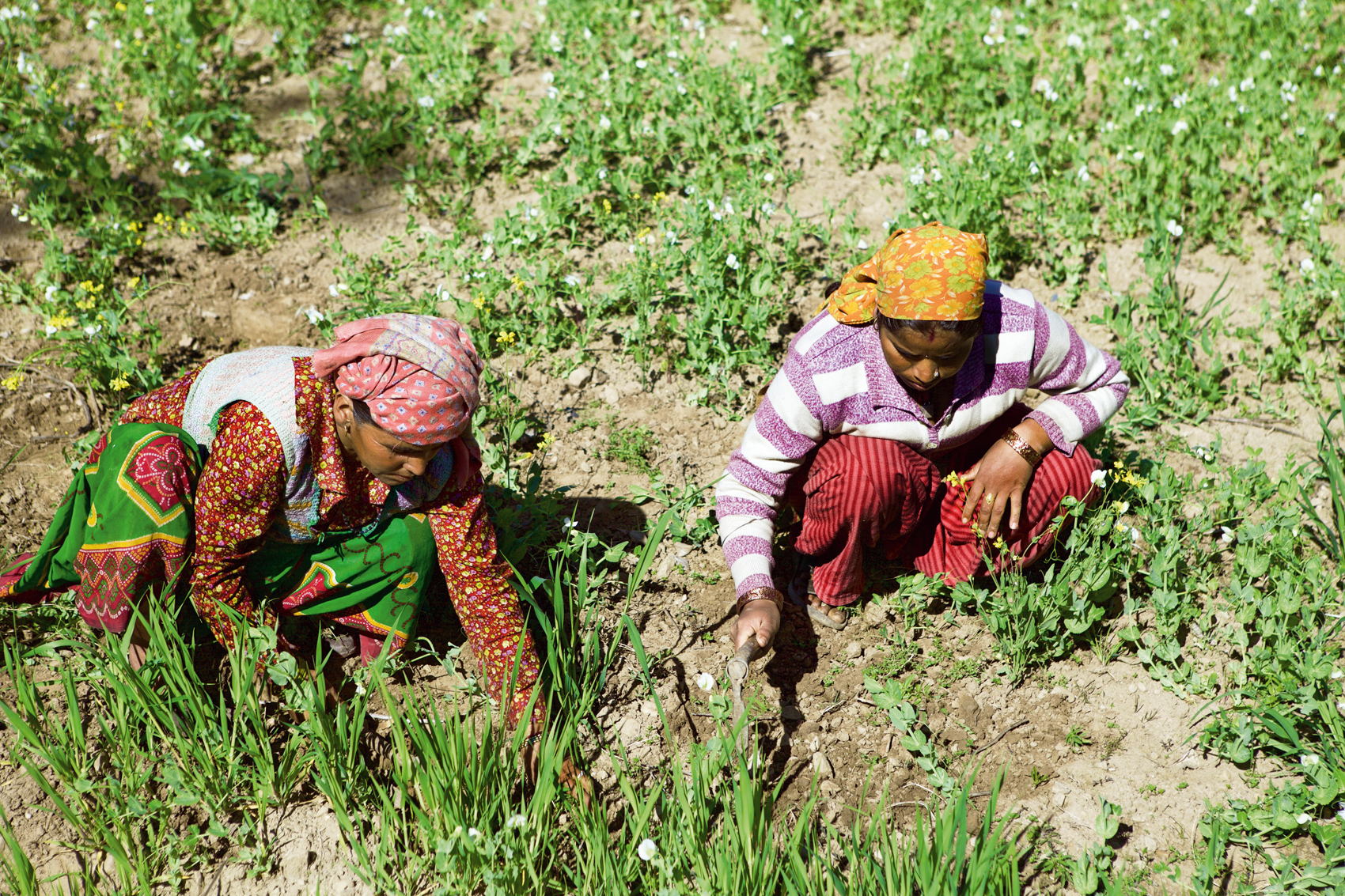 Besides the harm to biodiversity and the climate, industrial agriculture actually undermines food and nutrition security. Firstly, industrial agriculture grows commodities for profits of the agrichemical (now also biotech) and agribusiness corporations. Only 10 per cent of the GMO corn and soya goes to feed people. The rest goes towards animal feed and biofuel. This is clearly not a food system that feeds the world.

Secondly, monocultures undermine nutrition by displacing the biodiversity that provides nourishment and the diversity of nutrients our bodies need. Herbicides like Roundup do not just kill the milkweed on which the monarch butterfly larvae feed, they kill sources of nutrition for humans – the amaranth, the bathua, and mixed cropping produces more nutrition per acre than industrial monocultures.

Having destroyed our sources of nutrition by destroying biodiversity, and creating vitamin A, iron and other deficiencies, the same companies which created the crisis are promising a miracle solution: GMOs. Genetically engineered golden rice and GMO bananas are being proposed by corporations hiding behind the cloak of academia as a solution to hunger and malnutrition in the Global South. But these are false miracles. Indigenous biodiverse varieties of food grown by women provide far more nutrition than the commodities produced by industrial agriculture. Since 1985, the false miracle of golden rice has been offered as a solution to vitamin A deficiency. But golden rice is still under development. Billions of dollars have been wasted on what can best be described as a hoax. On April 20, 2015, the White House gave an award to Syngenta, which has tried to pirate India’s rice diversity, and owns most of the 80 patents related to golden rice. This is reminiscent of the Emperor who wore no clothes. Golden rice is 350 per cent less efficient in providing Vitamin A than the biodiverse alternatives that women grow. GMO ‘iron-rich’ bananas have 3,000 per cent less iron than turmeric and 2,000 per cent less iron than amchur (mango powder). Apart from being nutritionally empty, GMOs are part of an industrial system of agriculture that is destroying the planet, depleting our water sources, increasing green houses gases (GHGs), and driving farmers into debt and suicide through a greater dependence on chemical inputs. Moreover, these corporate-led industrial monocultures are destroying biodiversity, and we are losing access to the food systems that have sustained us through the ages. Biodiverse ecological agriculture in women’s hands is a solution not just to the malnutrition crisis, but also the climate crisis.

Women have been the primary growers of food and nutrition throughout history, but today, food is being taken out of their hands and substituted by toxic commodities controlled by global corporations. Monoculture industrial farming has taken the quality, taste and nutrition out of our food.

In addition to destroying biodiversity, industrial agriculture is the biggest contributor of GHGs that are spurring climate change and leading to climate chaos. As I have written in my book, Soil, Not Oil, 40 per cent of GHGs – CO2, nitrogen oxide and methane, come from industrialised globalised agriculture. And chemical monocultures are also more vulnerable to climate change as we have witnessed during the unseasonal rains at harvest time this year. 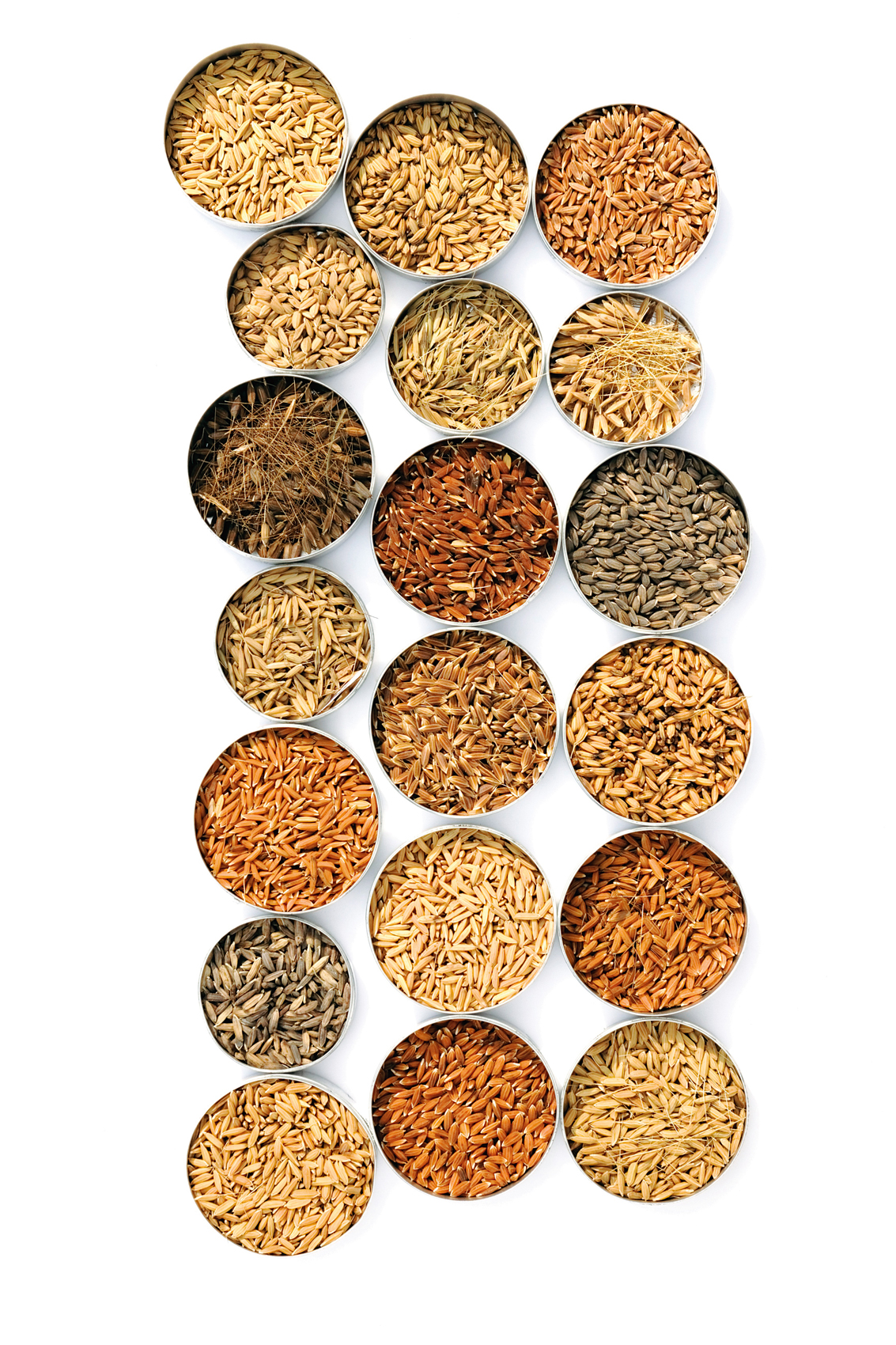 Biodiversity exists in agriculture too, as show cased by this display of indigenous rice varieties. Photo:Kartikey Shiva.

On the other hand, organic farming reduces emissions, and also makes agriculture more resilient to climate change. Because organic farming is based on returning organic matter to the soil, it is the most effective means to remove excess carbon in the air, where it does not belong, and put it back in the Earth, where it should be. Navdanya’s research has shown that organic farming has increased carbon absorption by 55 per cent. International studies show that with two tons per hectare of soil containing organic carbon, we can remove 10 giga tons of carbon dioxide from the atmosphere, which can reduce atmospheric pollution to 350 ppm.

In addition, organic matter in the soil also increases the water-holding capacity of the soil, reducing the impact of floods and droughts. A one per cent increase in soil organic matter can increase soil water holding capacity by as much as 1,00,000 litres per hectare. Five per cent can thus increase it to 8,00,000 litres. This is our insurance against climate change, both when there is drought and too little rain, and when there are floods and excess rain. On the other hand, cement and concrete increases water runoff, aggravating floods and drought. We witnessed this in the Uttarakhand disaster in 2013 and again in the Kashmir disaster in 2014.

At harvest time of spring 2015, India had unseasonal rains which destroyed crops. More than 100 farmers have committed suicide. Climate instability adds to the burden of debt the farmers are already carrying on account of the rising costs of production and falling prices of produce. Both the crisis of debt leading to climate change and the climate crisis have a common solution – a shift to biodiverse ecological agriculture, which is free of high cost chemical inputs and dependence on corporate seeds, thereby providing freedom from debt. This kind of agriculture has in-built climate resilience through biodiversity and organic soils.

4,000 years ago the teachings of the Vedas guided us and we might do well to heed by it:

“Upon this handful of soil our survival depends. Care for it, and it will grow our food, our fuel, our shelter and surround us with beauty. Abuse it, and the soil will collapse and die, taking humanity with it.”

Dr. Vandana Shiva is the Founder of Navdanya, an organisation, dedicated to conserving biodiversity in agriculture. She trained as a physicist and did her Ph.D. on Hidden Variables and Non-locality in Quantum Theory. Author, activist, feminist and public speaker, she has received many awards including the Alternative Nobel Prize, the Sydney Peace Prize, and the Fukuoka Award.