Highways in the Sky

Honks, squeaks, and the rush of powerful wings resound as thousands take to the skies from the Gharana wetland. Autumn has just arrived and after travelling thousands of miles above the highest mountains in the world, the birds have begun to arrive from their breeding grounds in central Asia, northern Europe and Ladakh. Over the years, my travels and work have transported me to different parts of the Himalaya. Some of my fondest memories are of time spent exploring two precious wetlands, one in J&K and the other in Ladakh, both stunning habitats for migratory birds. While Gharana in Jammu is vital to wintering migratory birds, Tso Kar wetland in Ladakh is critical to their breeding. For over two decades, I have worked on various research and conservation projects at both ecosystems that offered valuable scientific data and insights into the wildlife of these captivating landscapes. Beyond my work as an ecologist, I have also formed close associations with the local communities. Such indigenous people are a critical component of the wetlands. 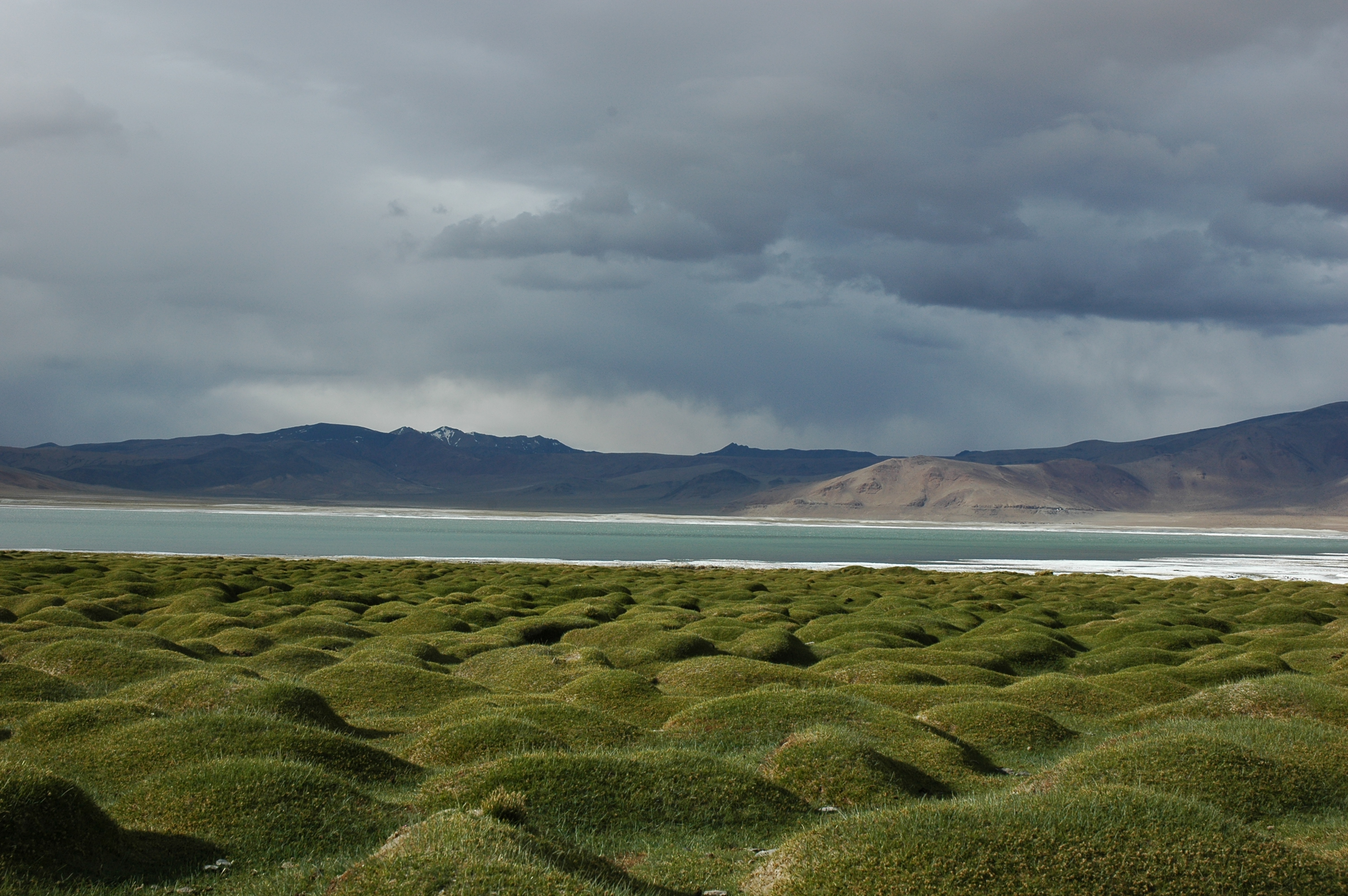 The Gharana wetland at an altitude of about 300 masl. is just 35 km. from Jammu town and is located a mere 500 m. from the Indo-Pak border at the foothills of the Himalaya. Driving from Jammu, one gets to traverse the world-famous basmati rice fields of the region. The Gharana wetland is part of the East Asian-Australasian and Central Asian Flyways (see box below). During any given day, flocks of Bar-headed Geese Anser indicus can be flying above, oblivious to all international borders. Bird banding studies by the Bombay Natural History Society and WWF-India have confirmed that some populations visit Tso Kar and other high-altitude wetlands in Ladakh in summer, thus confirming the vital ecological connectivity between Gharana wetlands in Jammu and Tso Kar wetland in Ladakh.

Central Asian Flyway
The Central Asian Flyway (CAF) comprises several important migration routes of waterbirds, most of which extend from the northernmost breeding grounds in Russia (Siberia) to the southernmost non-breeding (wintering) grounds in West and South Asia, the Maldives and the British Indian Ocean Territory. The CAF is known to cover at least 279 populations of 182 migratory waterbird species, including 29 globally threatened species, which breed, migrate and winter within the region.

The Bombay Natural History Society’s (BNHS) work for CAF
- Two scientists were deputed to work in the CAF India Secretariat to coordinate with the Convention on the Conservation of Migratory Species of Wild Animals (CMS), Agreement on the Conservation of African-Eurasian Migratory Waterbirds (AEWA) and CAF Range Countries.
- BNHS was the lead member in drafting ‘India’s National Action Plan’ (NAP) for conservation of Migratory Birds along the Central Asian Flyway’ (2018–2023), which was launched by the Ministry of Environment, Forests and Climate Change (MoEF&CC) in November 2018.
- MoEF&CC has granted the project ‘Implementing the Central Asian Flyway National Action Plan with Special Focus on Preparation of Site-Specific Activity Plan, Capacity Building, Developing Bird Sensitivity Mapping for setting up of Wind Energy and Species Action Plan’ to the BNHS for supporting the state governments to implement the NAP at the ground level. The components being covered by BNHS are:
1. Site-specific activity plans for integrating NAP components in Protected Area Plans (both Management and Working Plans) and activity plan for the nonprotected areas
2. Capacity building of selected frontline staff with respect to CAF
3. Preparation of bird sensitivity mapping for setting up of windfarms in India
4. Preparation of Single Species action plan for the 20 CAF Action plan priority species.
Courtesy: Tuhina Katti, BNHS.

The Tso Kar wetland is part of the Tso Kar Basin, which has two wetlands: Tso Kar and Startsapuk Tso, connected through a freshwater channel. This rich wetland ecosystem, at 4,600 masl., is around 150 km. from Leh and is frequented in summer by Black-necked Cranes Grus nigricollis and Bar-headed Geese that use the wetland as their breeding ground. Rocky mountains surrounding this basin are frequented by birds like the Saker Falcon Falco cherrug and Golden Eagle Aquila chrysaetos for their nesting. This landscape also hosts the Tibetan argali, snow leopard, Tibetan wolf and lynx. The wetland basin is within the Changthang Cold Desert Wildlife Sanctuary on the border of India and China. Gharana and Tso Kar are also critical sources of livelihood for local communities. Gharana regulates the hydrological regime of the region, influencing surrounding agricultural fields. Tso Kar provides valuable pastures to the local nomadic Changpas who rear their pashmina goats. 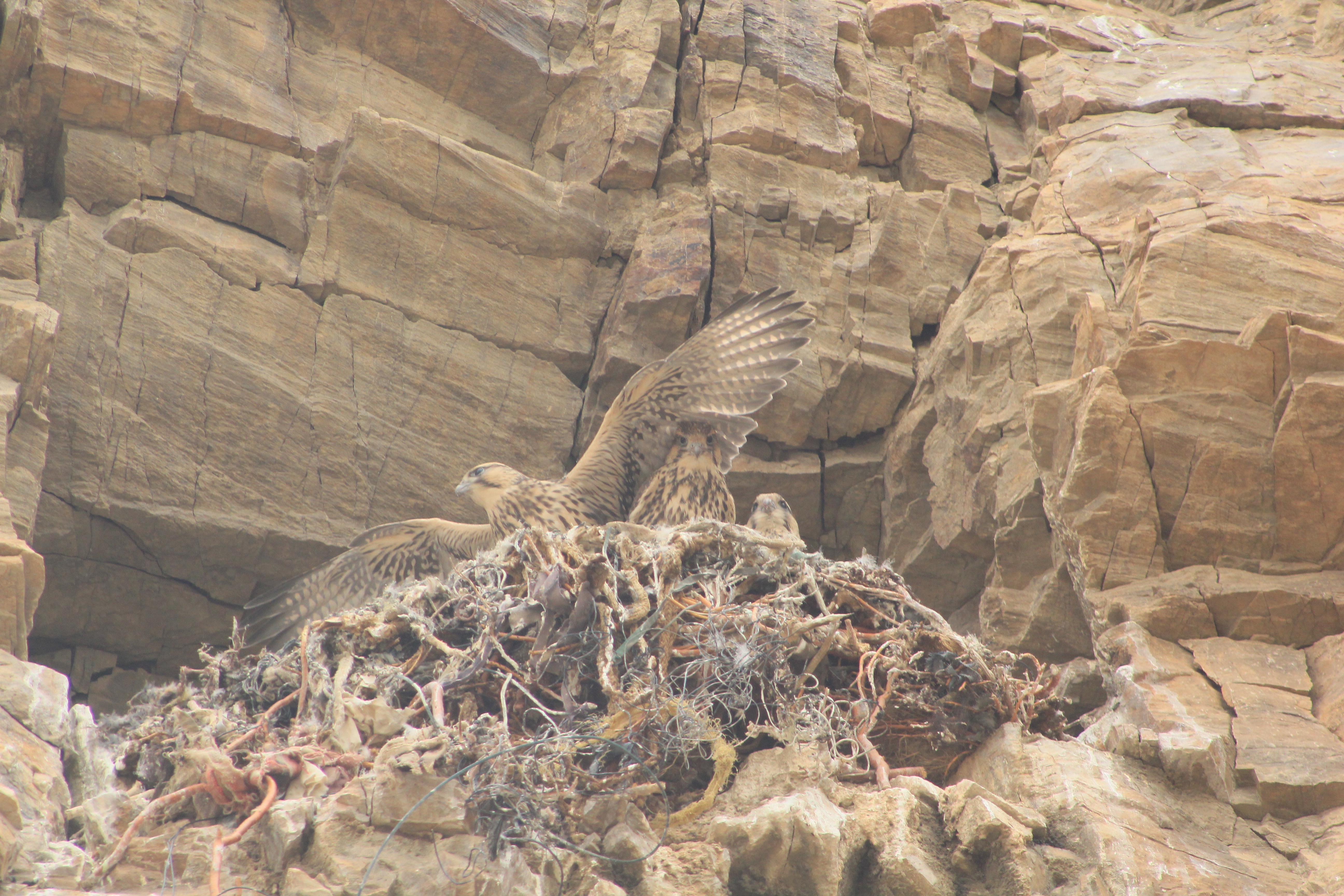 Wetland reclamation and indiscriminate garbage disposal threaten Gharana. Local communities believe that wetland conservation could lead to loss of their lands and livelihoods. The approximately 120 families living in the immediate vicinity of the wetlands say they must contend with over 160 species of birds, that descend on this wetland, during different times of the year mostly during winter. At Tso Kar, unregulated developmental and tourism activities are key threats to migratory birds. In both places, the prevailing low-income status of communities has a direct implication on conservation of these critical wetland ecosystems. This situation could easily be changed provided policy changes make local communities the primary beneficiaries of tourism.

Marginalised communities living in these areas are part of the ecosystems and they could be the best care givers for this fragile landscape, through long-term conservation of the wetlands. There is little doubt that birders and naturalists from across India would flock to this incredible destination, which desperately needs professional ornithologists and tourism operators to work in unison. Recent migration studies have established that Gharana and Tso Kar are connected through a bird migration route for the Barheaded Geese, and both wetlands are crucial to their survival. This flyway connection virtually defines the ecological connectivity of both.

The flyways of migratory waterbirds, and their routes are umbilically linked to the health of the wetland habitat network along their flyways. These breeding and wintering grounds are invisible wildlife highways in the sky. Draining of such wetlands, intensive cattle grazing, and siltation are only some of the ecological stress factors facing these life-giving habitats. India needs now to incorporate the Convention on Migratory Species (CMS) and the Ramsar Convention on wetlands to safeguard this irreplaceable natural heritage. 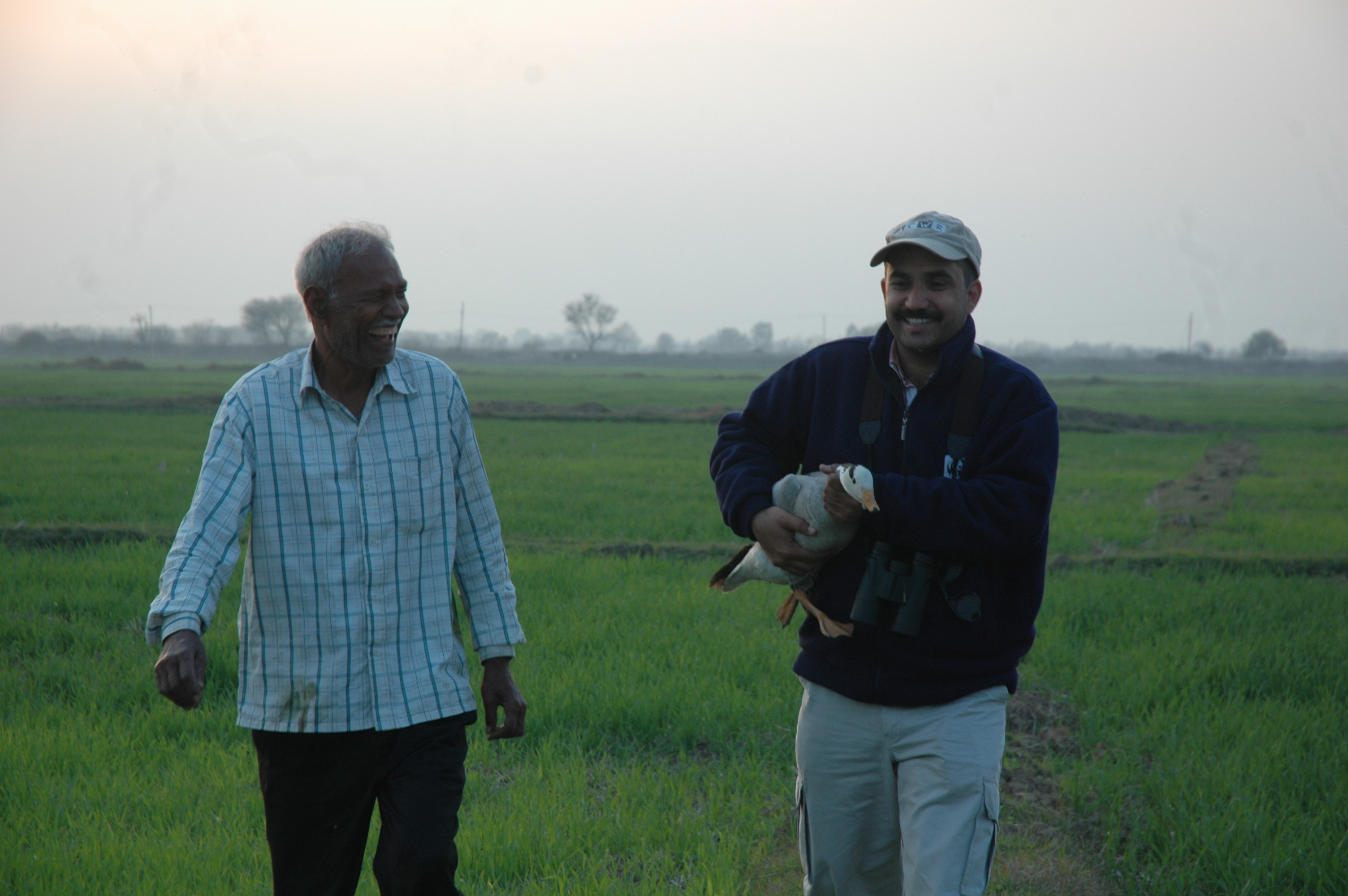 The Tso Kar wetland complex in Ladakh including Startsapuk Tso and Tso Kar, was declared as a Ramsar Site No. 2443 in 2020. The Gharana wetland in Jammu has been listed as a potential Ramsar Site (Islam and Rahmani 2008). Prominent migratory birds seen during winter months include Long-tailed Duck (vagrant), Gadwall, Ruddy Shelduck, Eurasian Wigeon, Mallard, Northern Pintail, Northern Shoveller, Red-crested Pochard, Common Pochard, Tufted Duck, Black-headed Ibis, Egyptian Vulture and Black-necked Stork. The best season to see almost all migratory wildfowl is from early February to end March, when northerly migration occurs from the plains and the valley to their breeding grounds.

There is an urgent need to develop wetland site networks for such wetlands having crucial ecological connectivity. Gharana’s Ramsar status must be taken forward as this is an opportunity to highlight the high altitude and lower altitude wetland connectivity of two such sites through the migratory bird flyway.

The author would like to acknowledge the Departments of Wildlife Protection in J&K and Ladakh, and WWF-India for support to research and conduct conservation activities at wetlands in the two Union Territories.