On the morning of April 16, 2020, the carcass of a juvenile whale shark was found on Baga beach, Goa. The whale shark had been stripped of its fins. Subsequently, a series of videos, allegedly taken by the individuals who mutilated the animal, were circulated to conservation organisations by concerned Goan residents. These show the endangered animal’s fins being sliced off.

The carcass was reported to the Forest Department by members of Drishti Marine lifeguards, and was buried with help from the local panchayat after a post mortem was conducted. Authorities are unsure whether the animal became entangled in a fishing net and as a result washed up on the beach, or was purposely caught and landed. The Goa Forest Department has stated that an official inquiry will be conducted into the matter.

The whale shark is listed as an ‘Endangered’ species by the IUCN Red List, and comes under Schedule I of India’s Wildlife Protection Act, 1972, which is the highest protection status accorded to wild animals in the country. These beautiful, slow-moving filter-feeders are the largest fish in the sea, reaching beyond 40 feet in length. 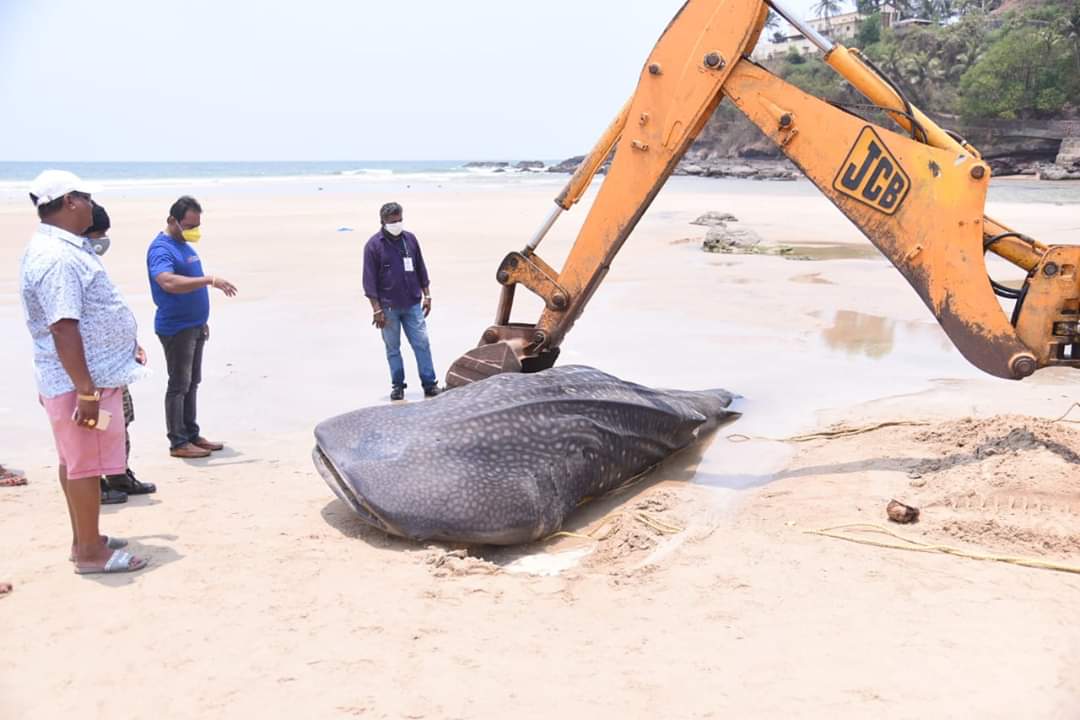 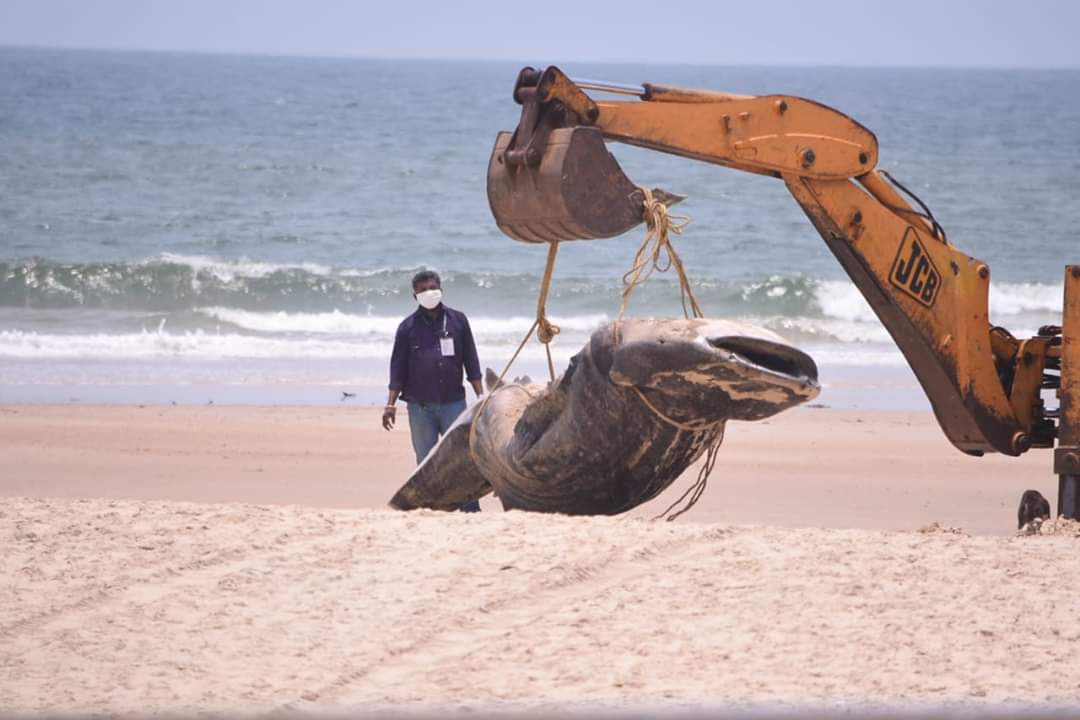 The whale shark, marked as 'Endangered' by the IUCN RedList, is found in the subtropical waters of all the world's oceans, and is threatened by industrial fishing and the international demand for shark fins.
Photo courtesy: Unknown

Much to the frustration of a Goa-based marine conservationist that spoke to Sanctuary on the condition of anonymity, Goa has failed to establish a state marine response team to handle such serious cases and to increase conservation awareness amongst fishery workers. The necropsy report of the whale shark in question has not yet been made public. Concerns have also been raised whether the Forest Department has experienced wildlife veterinarians within its ranks to conduct post mortems in such cases, which lie somewhat outside the purview of vets from Goa's Animal Husbandry and Veterinary Services.

In the short-term, Sanctuary urges the Goa Forest Department to conduct a thorough investigation into this case to identify and rehabilitate the culprits. In the long-term, it is important that the State Forest Department strengthens community outreach and sensitisation efforts in collaborations with Goa’s many conservation organisations.