Imagine Earth, around 360 million years ago, at the threshold of the Carboniferous period. Early plants such as algae, bryophytes, and club worts began colonising barren continents around 150 million years ago. However, in the late Devonian period about 380 million years ago, a new player had stepped onto the scene – the early ancestors of what we today call horsetails Equisetaceae. They comprised a large group of hundreds of plant species, ranging from grass and sedge-like plants to towering ‘trees’ up to 30 m. in height – and they were some of the most common plants in the swampy forests of the Carboniferous period. They would dominate early plant communities for another 60 million years, until the rise of early seed plants. Flowers would not bloom on Earth for another 170 million years. Amazingly, horsetails are still around today – although in a far more modest diversity of just a single genus containing around 15 species. What made horsetails so successful at their peak, and why were they so quick (in evolutionary terms) to be replaced, I wondered? 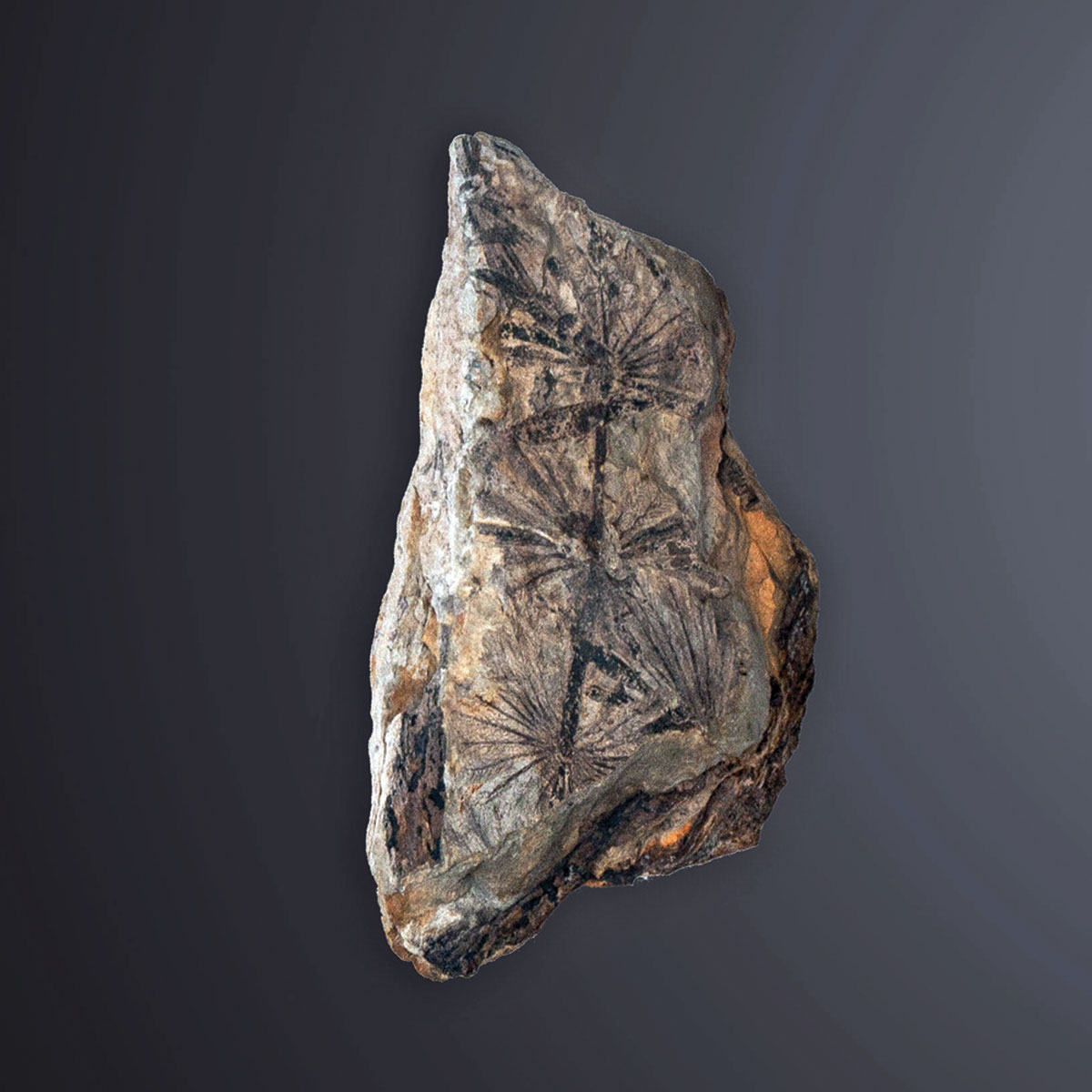 The first time I encountered a horsetail, I was struck by their minimalist structure. Resembling tiny bamboo, they have a single, unbranched stem with intermittent nodes arising from an underground rhizome. A single, continuous hollow canal runs down the centre of each stem, which serves to transport water and nutrients. They seem structurally too simple to grow taller than a foot or two – but the fossil record shows their ancestors reached building-sized proportions! Horsetails evolved at a time when the Earth was temperate, wet and swampy – like a large, tepid greenhouse – ideal growing conditions for an early plant. In marshy habitat, valves and reinforced tissues at the nodes regulated internal water pressure in the stems, while lignified cell walls (like in modern day grasses) provided structural support. Clonal colonies formed monodominant forests – allowing rapid, large-scale growth bolstered by neighbouring stems. Specialised spores with water-powered ‘springs’ allowed spore dispersal and survival, and specialised cells in the stems accumulated silica crystals to deter dinosaurs looking for an easy meal. Most of these adaptations were entirely novel – unprecedented in any plant at the time, allowing horsetails a significant competitive advantage.

Over 75 per cent of the coal burnt today was formed during the Carboniferous period which was dominated by horsetails – in many ways our world runs on these giant, fossilised fern-ancestors! But changes were afoot – continents were shifting and the climate was changing. In 100 million years, the Triassic brought a warmer, drier climate in which Equisetums could no longer grow to giant proportions. The great coal swamps dried up, and many genera of horsetails went extinct, leaving just one genus – Equisetum – to survive into modernity. Fern, cycad and conifer forests replaced great reed beds, and the final nail in the evolutionary coffin was the explosion of flowering plants – the most successful group of plants to ever evolve. However, Equisetums have left a lasting legacy. For one, they are one of the very first vascular plants – pioneers of an entirely new anatomy of internal transport vessels. The ancestors of nearly all ferns and many cycads, they radiated out to form an astounding diversity of life forms, which still persist today. The species of Equisetum existing today are special too – one of the only groups that can grow in highly siliceous environments like sandbanks and stream edges, where they stabilise the soil. But perhaps most importantly, their abundance in the fossil record has helped piece together the story of plant evolution – and provide a living example of its humble past, incredible resilience, and hopefully, its secure future. 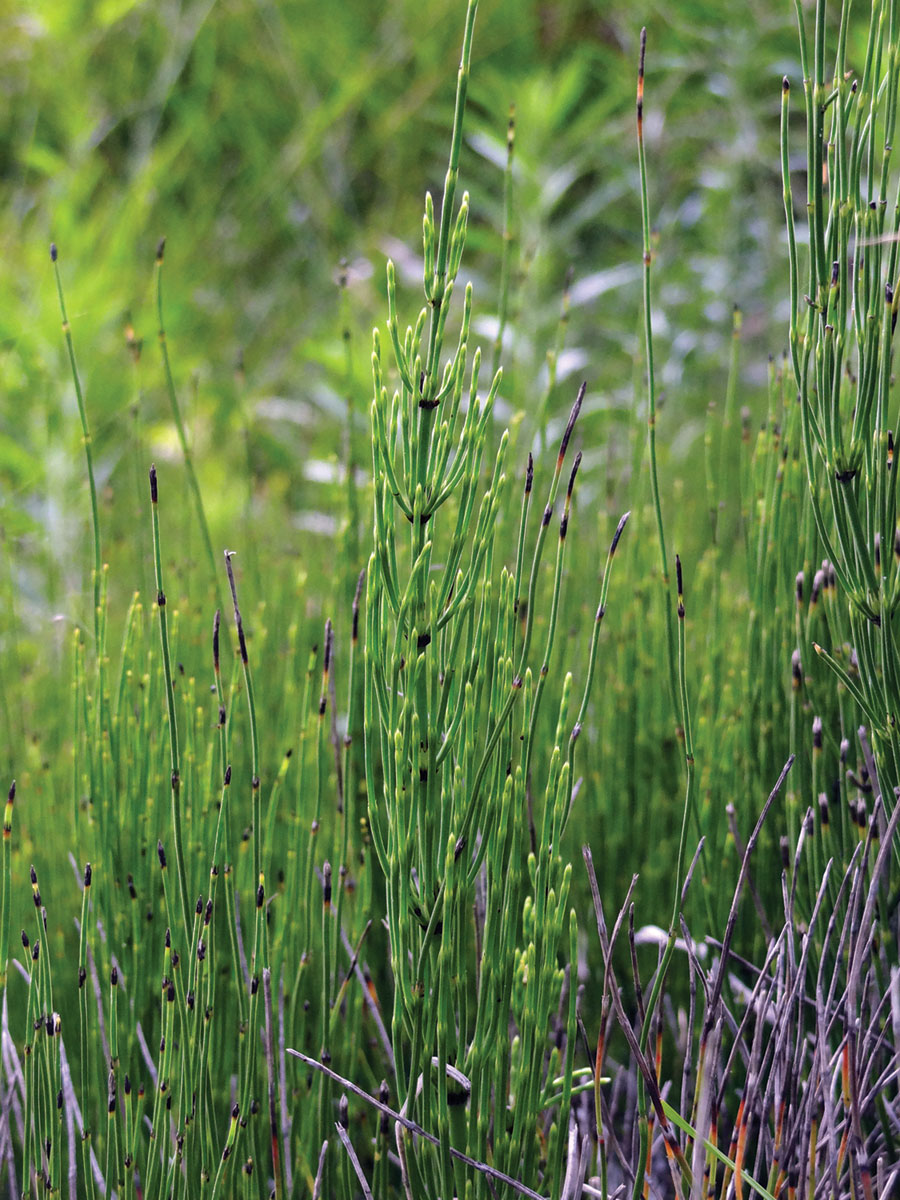